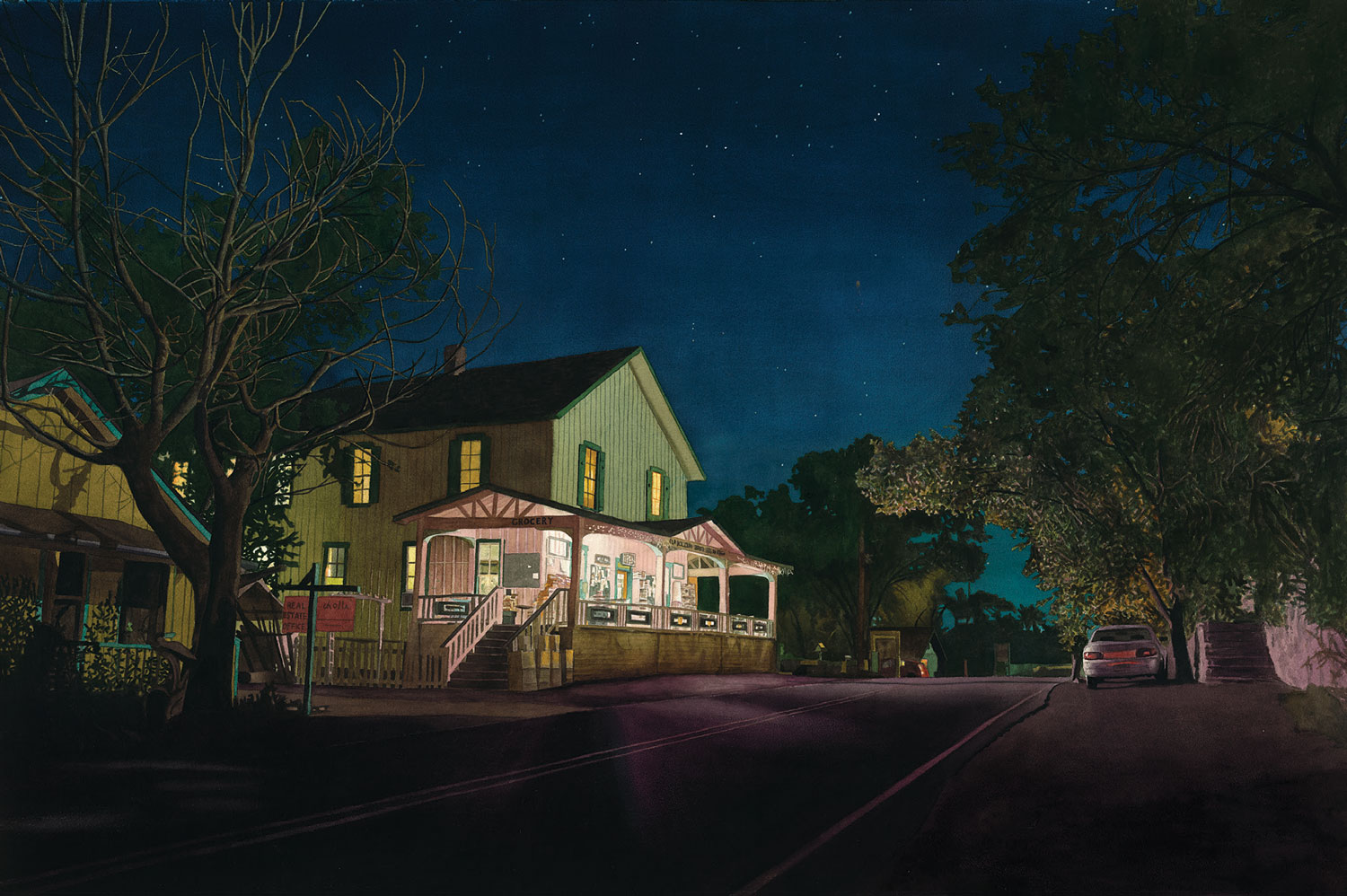 Jonathan Keeton’s series of watercolors, Nocturnes, envelops the solitude that comes with empty streets and dimly lit shops. They bring out the echoes of footsteps on concrete and the silence of parked cars.

“Yes, they’re moody. That’s what I like about night scenes,” Keeton says. “They’re not pure nature, they’re environments encumbered by man. I’m not interested in them during the day, when we make everything ordinary. At night, we don’t have the power to do that anymore.” 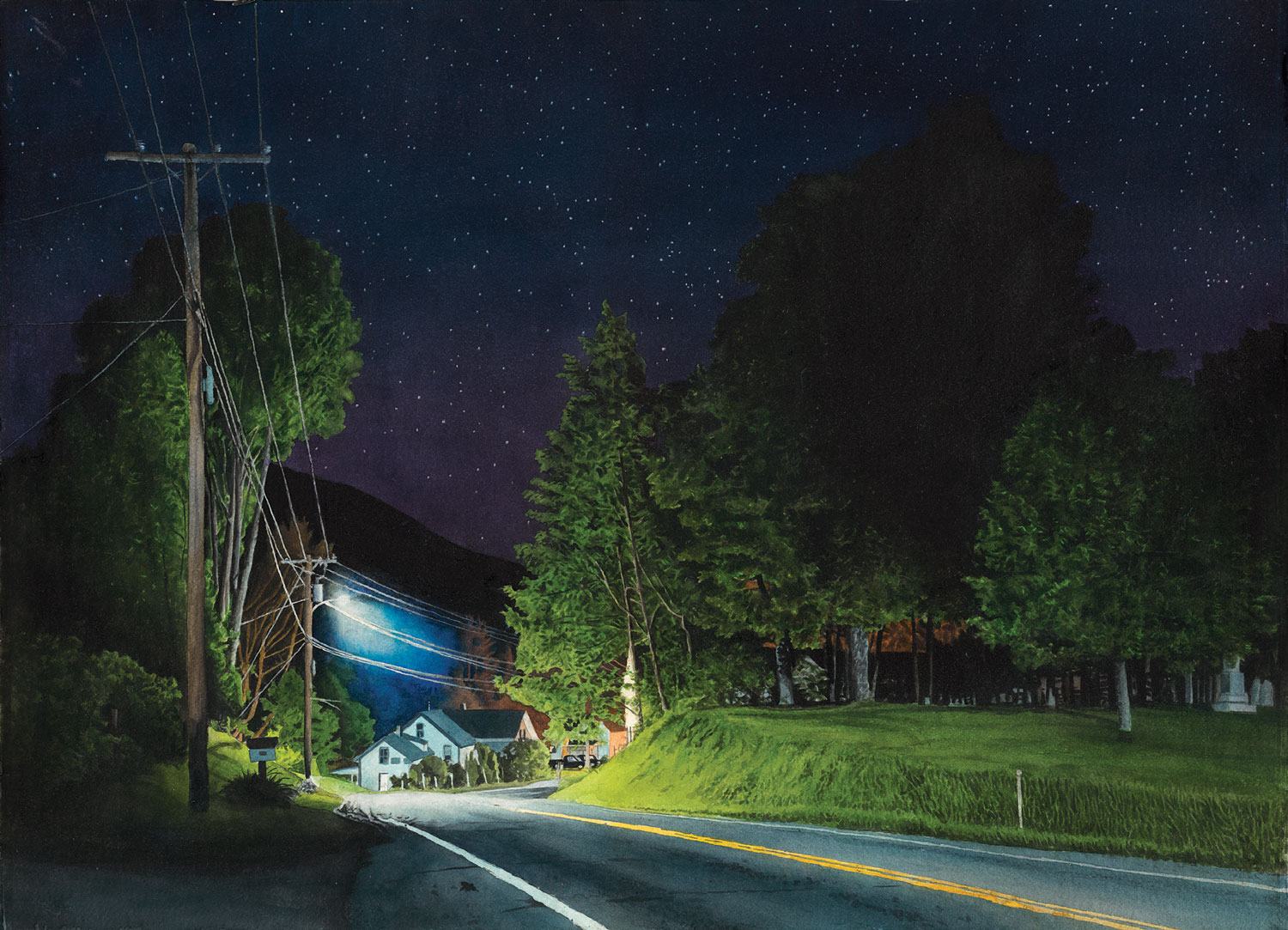 Keeton paints from photographs for two reasons: his paintings take a long time to create, and the light changes quickly. In order to catch that one moment, he snaps photos, and later in his studio he can go through them at his leisure.

“I want to capture a moment as opposed to an average,” he says. “When I first learned to paint, I would wander around in the forest with my paint and board until I found the right composition. That took at least half a day. With photography, I can compose much more fluidly.”

After he’s lived with his photographs for about a month, he decides on the ones that seem like they could become paintings.

“I have a fairly large amount of those, but I work on a few paintings at a time because I get stuck,” he says. “If I go on to something else and come back, it’s so much easier to see what was getting in the way. There are times when I don’t know what to do with a painting. Once I’ve let it sit for a while, it becomes clear how to solve those issues.” 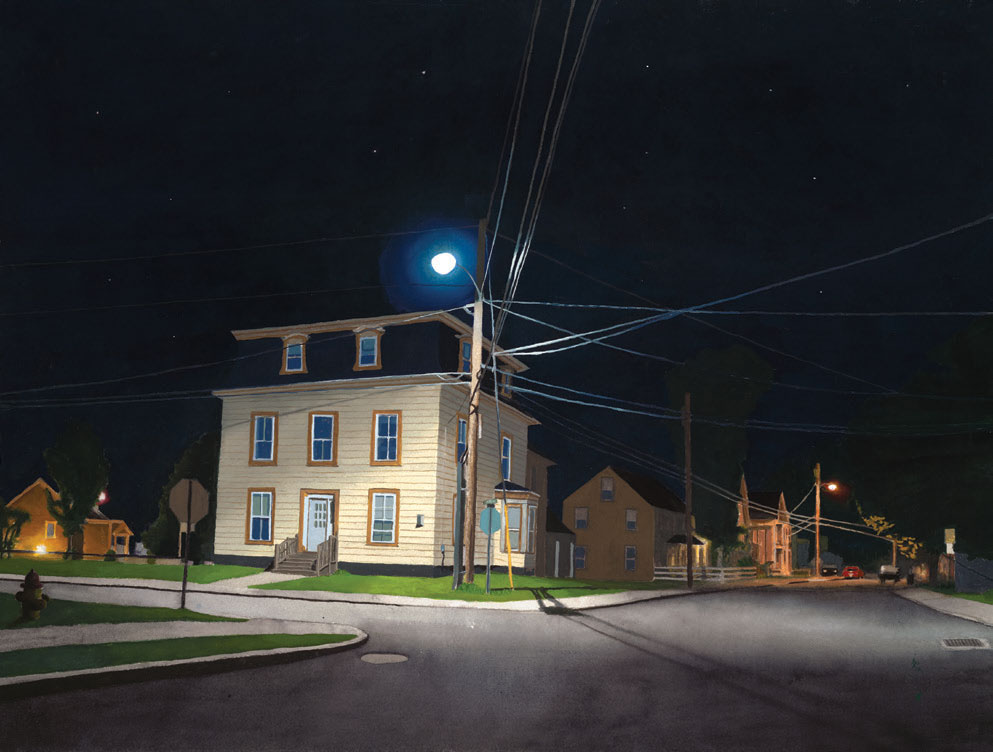 To explain just why he loves the night so much, he recalls a time when he was a teenage counselor at a wilderness camp and noticed how the kids acted during the day on hikes — chatting and laughing — as opposed to how they acted in the forest at night. “Suddenly the kids’ attitude toward the forest completely changed, and I thought that was so cool. They have a reverence at night that they don’t have during the day,” Keeton says.

When he’s out taking photographs, few people are out, which also adds to the mood. As an artist, Keeton says he has to change his schedule, disrupt the routine, to capture those images that feel like the moment before something happens.

“I make time to go out after work to take photographs,” he says. “I spend a fair amount of time wandering around the Southwest, finding places that I think will make good paintings. Sometimes it doesn’t work out, but sometimes it’s amazing.” 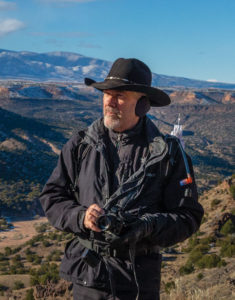 Besides painting with watercolor, Keeton also uses oil, gouache, and acrylic, depending on the needs of the piece. “I worked on computer graphics for film and television for many years, and I was disdainful that they shot film at dawn or dusk. But now, I realize that’s when the light is most magical, with the same sense of wonder as there is at night.”

From April 20 to 21, and 27 to 28, and every weekend in May, Keeton’s work will be in the Santa Fe Society of Artists outdoor show. From June 8 through 30, his work will be exhibited at the Lovetts Gallery in Tulsa, Oklahoma, where he is also represented.