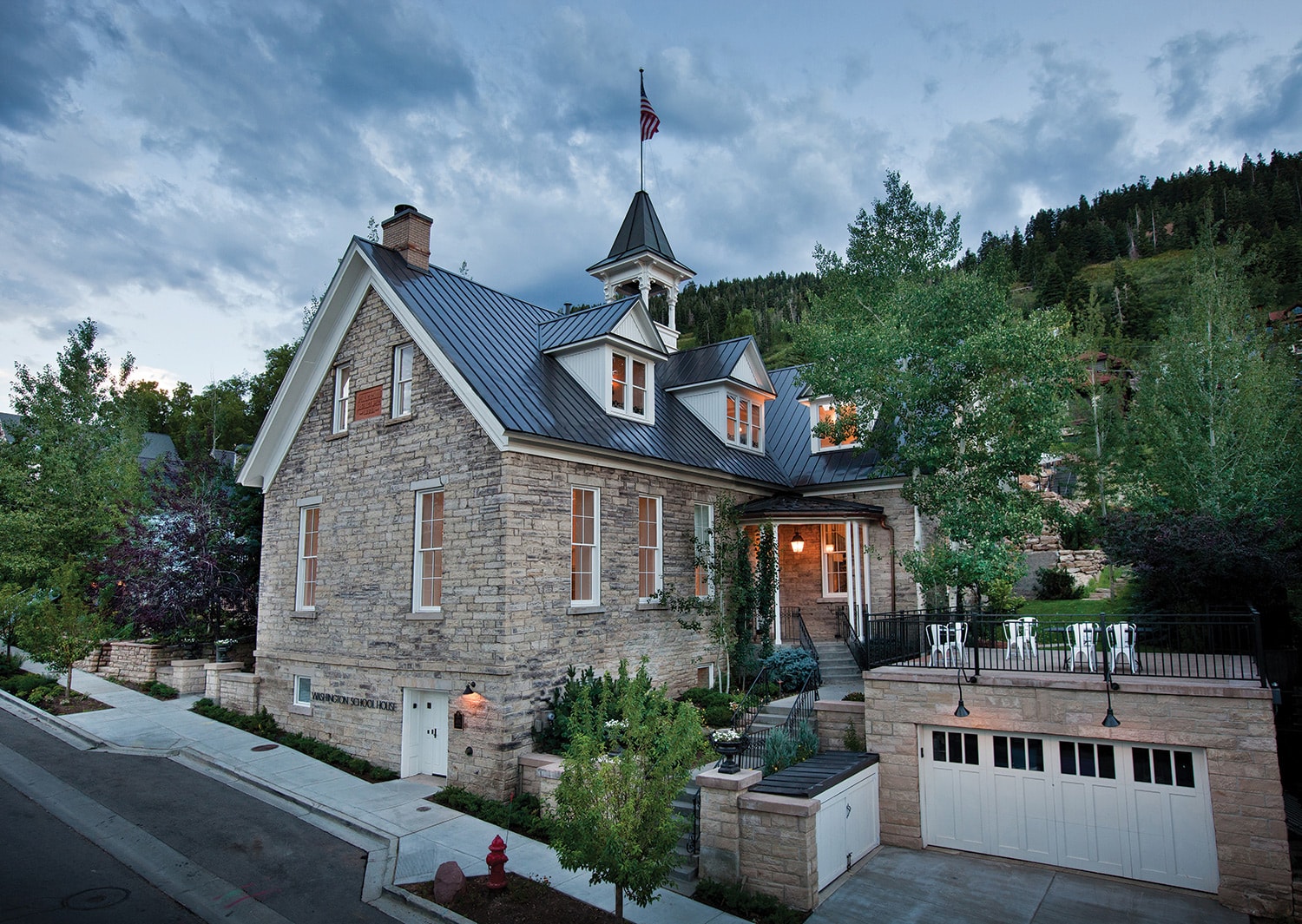 In 1889, hanging the bell in the cupola on top of the hand-chiseled limestone school marked the completion of what the Park City town leaders thought might be the finest school in the State of Utah. Located one block up a steep hillside from Main Street amid the narrow wood-framed miners’ homes, it became one of three elementary schools in the booming silver mining town, all named for presidents. 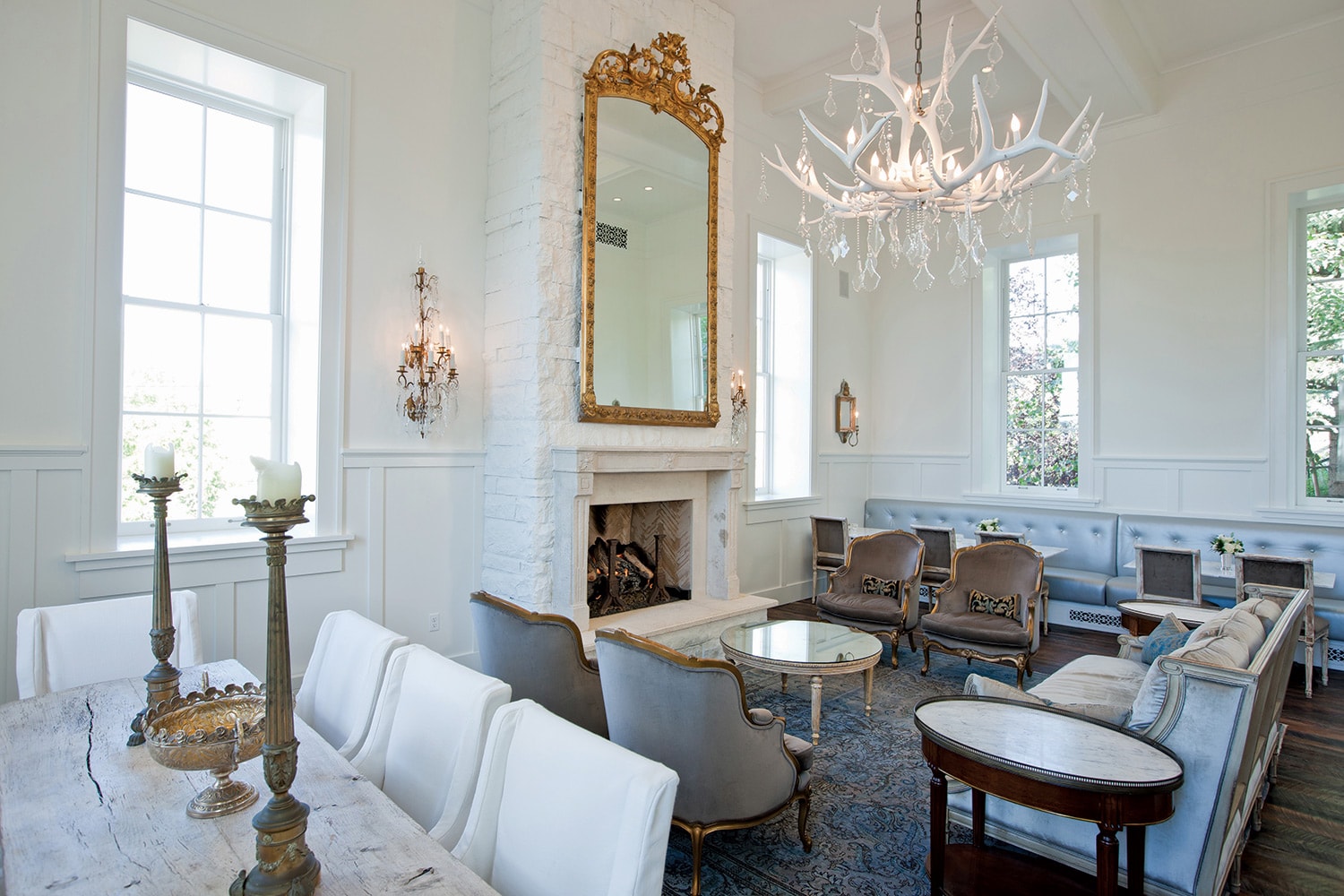 More than 125 years later, the Washington School House Hotel maintains its quiet dignity after surviving a fire that devastated most of Park City in 1898 and its closure as a school in 1931, when the treasures from the mines waned and there were fewer eager young faces to crowd its hallways. A plaque honors its status on the National Register of Historic Places, and a 2017 ribbon from the Park City Historical Society celebrates its sensitive restoration. A wide pathway and double white doors discretely lead guests to the lobby of the intimate, boutique hotel. 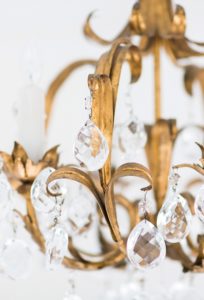 While the Washington School House Hotel once housed classrooms for miners’ children, now it offers rooms and suites sufficiently elegant and comfortable to meet the grandeur expected by Park City’s early silver barons. In a sense, the transformation of the hotel is a narrative of Park City’s journey from a hastily constructed boomtown to a luxury mountain resort community that hosts the Sundance Film Festival and major ski events, including the 2002 Winter Olympics. Home to Park City Mountain Resort, one of the largest ski areas in the U.S., as well as Deer Valley ski area, Park City utilizes the ski hills in summer to provide hiking and mountain biking trails, which have also earned high accolades. 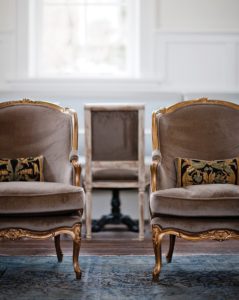 The brightness of the white interior surprises guests as they enter, as does the understated elegance of the European antiques, eclectic chandeliers and simple gracious lines of the woodwork. The current owners bought the schoolhouse after a fire, remodels and a number of uses, and stripped the building down to the studs, reopening it as the hotel in December 2011.

The reconstruction accentuates the strongest design elements of the 10,000-square-foot original structure — the tall windows and high ceilings. The repurposed oak floors in the new building resemble what might have been there originally. The redesign created 12 guest rooms, each unique, and a mix of suites and public rooms. 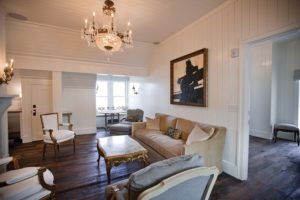 Inspired by the small hotels of European ski areas, the hotel incorporates space for mingling if guests choose. The elegant lounge on the main floor has banquettes and tables where a chef serves made-to-order breakfasts. Hospitality resumes in the afternoon with après ski service. The fireplace, with its dramatic soaring mirror above (with origins in a French opera house), serves as a natural focal point, and the 19th-century bergere chairs entice guests to gather by the fire.

Park City’s Old Town — where the hotel is located — not only retains historic relevance and charm, but it is also the heart of the community. The hotel is a narrow block from Main Street’s restaurants, bars, shops and the historic Egyptian Theatre, and it is only two blocks from the Old Town Lift, which takes skiers and boarders up to ski runs. A short walk up the mountain leads to a network of trails for summer hiking and biking. The hotel’s heated swimming pool and soaking spa are nestled privately behind the hotel, with views to the mountainside. 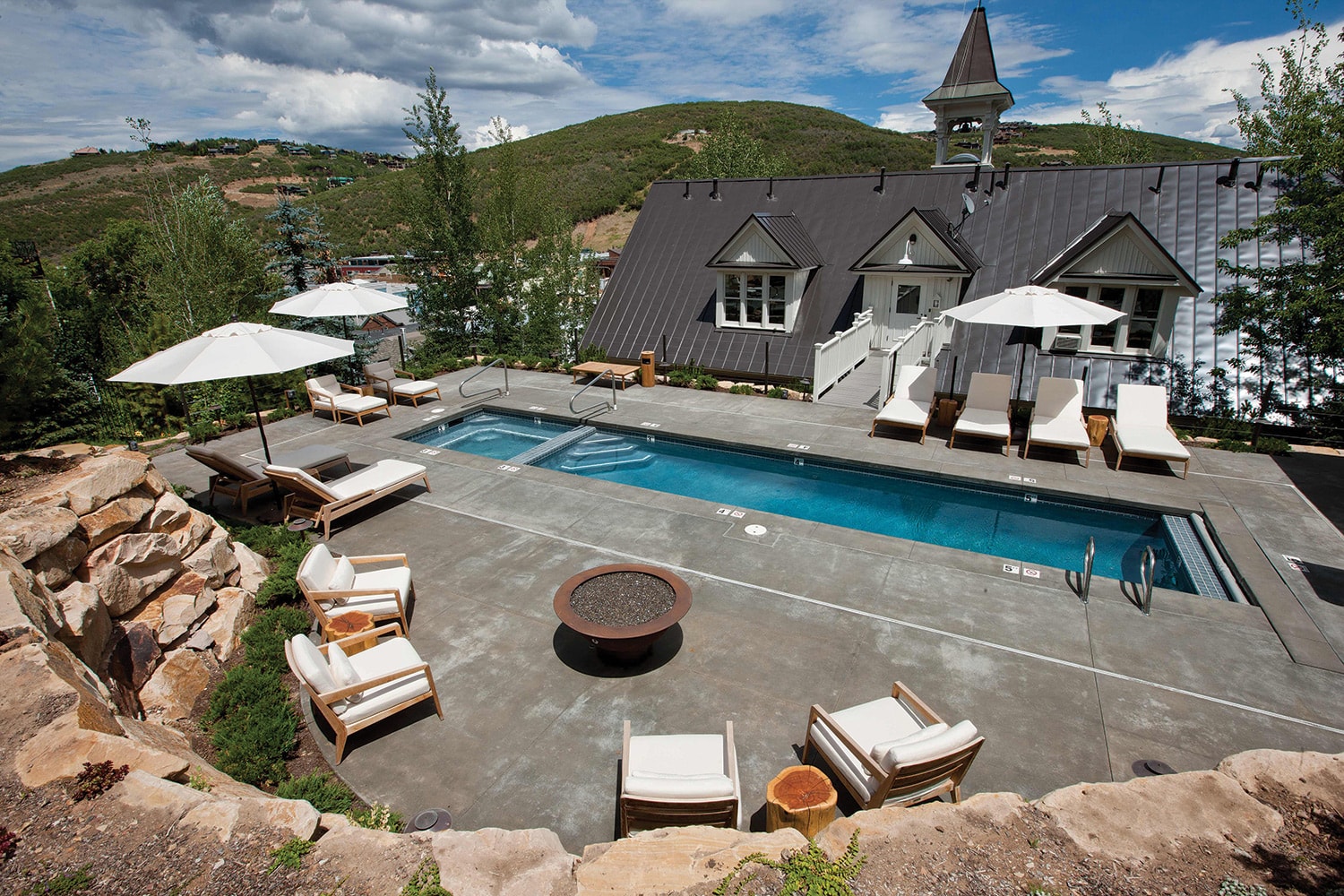 In the social spaces, a chef prepares made-toorder breakfasts, guests gather together après ski, and those in the hot tub and lap pool can look to the mountains.

The Washington’s owners and interior designers Shannon and Paul Wehsener, of Paul Allen Design, purposefully selected the unique furnishings in Europe so each is “as interesting and individual as the guests of the hotel,” Shannon explains. The silver accents and accessories intentionally reference Park City’s silver mining past, and the crystal and quartz in the marble sparkle like the snow that is now a key element in Park City’s growth. Just like the hotel, they mingle the past and the present.