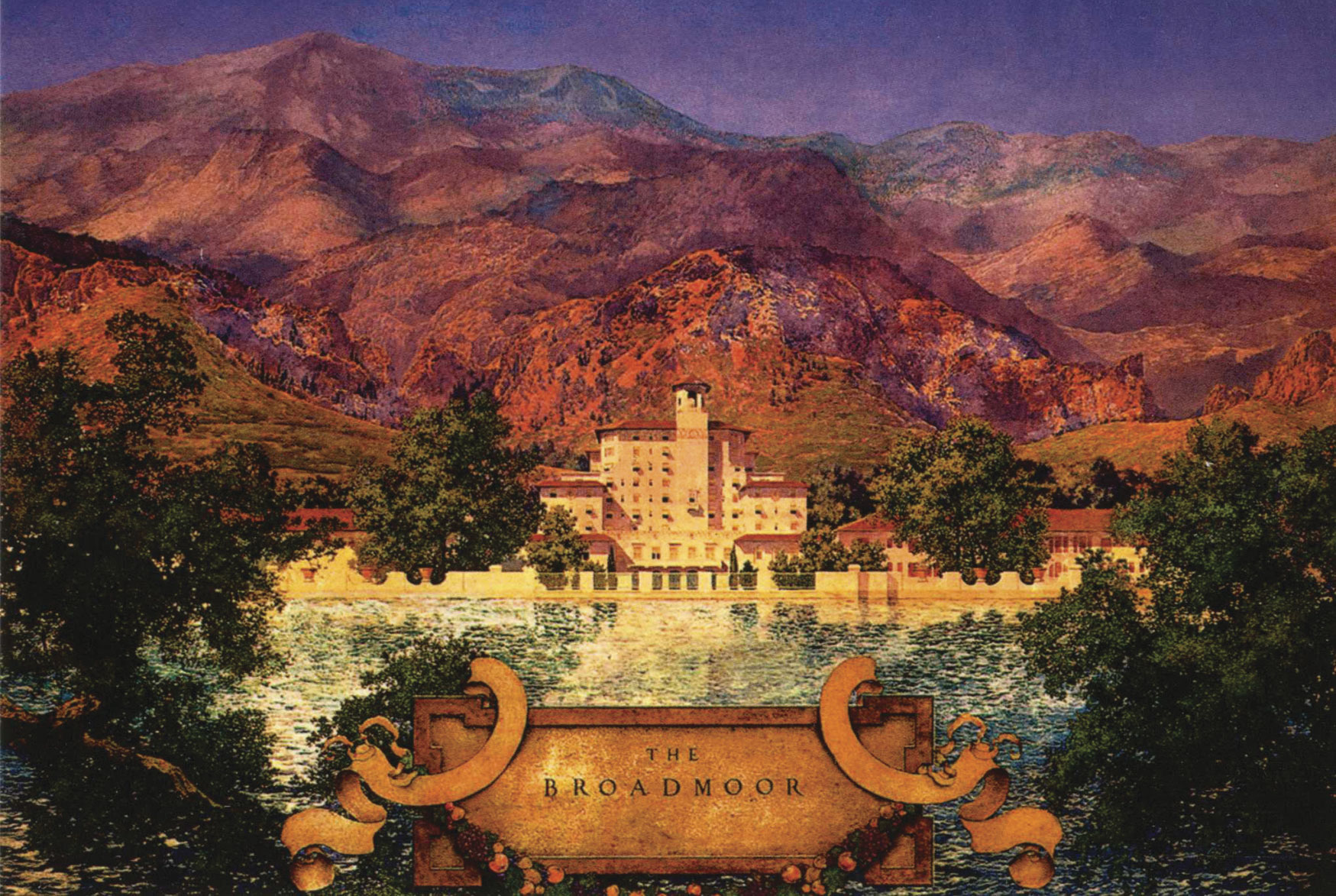 Since 1918, The Broadmoor Hotel has been one of Colorado’s most luxurious and storied hotels. At the request of original owner Spencer Penrose, artist Maxfield Parrish painted a picture of the resort with the hotel to the west of the lake even though it actually rests on the east side; Penrose thought the juxtaposition better accented the property.

Regional vernacular. Indigenous style. Blending with the landscape. Sense of place. These terms are familiar descriptors for 21st-century architecture, but they were far less common in 1917 when millionaire gold miner Spencer Penrose purchased a parcel of land in Colorado Springs and set out to create the most beautiful resort in the world against the backdrop of Pikes Peak. “Mr. Penrose gave the charge of creating a design that would rival the finest European hotels to architect C.L. Wetmore of the renowned New York firm Warren and Wetmore,” says Beth Davis, archivist at The Broadmoor.

The original hotel was designed in the Italian Renaissance style to fit into the mountain landscape, with a main building featuring tiers from the upper to lower floors offset by a tower and two-story wings on both sides of the main building wrapping around a central lake. A stucco exterior and a red tile roof were inspired by the Southwestern architecture of the region and pink stone was quarried from nearby Turkey Creek to accent the stucco. Penrose — a consummate promoter — boasted that the hotel’s walls would have gold in them and indeed, gold mining rubble was utilized in their construction. The revered Olmstead Brothers designed the European-styled landscaping for the grounds of the property.

The Broadmoor’s abundant art collection included paintings gathered by the Penroses on their travels and pieces they commissioned specifically for the hotel. Artist Maxfield Parrish painted a picture of the resort with the hotel to the west of the lake even though it actually rests on the east side. “Penrose thought the juxtaposition would better accent the hotel’s setting and image,” Davis says. “Parrish wrote in a letter, ‘I don’t usually do that,’ but apparently Penrose’s wishes prevailed.”

Since its opening in 1918 the hotel has hosted a veritable ‘Who’s Who’ of dignitaries, politicians and entertainers, welcoming every president from Herbert Hoover to Barack Obama, and celebrities ranging from Clark Gable to the band Aerosmith. Today The Broadmoor has 700 guest rooms and suites, 44 guest cottages, 11 restaurants, three championship golf courses, six tennis courts, a spa, fitness center, two swimming pools, three outdoor hot tubs and one lap pool. Some of the more valuable art pieces — including the Maxfield Parrish painting — are now housed at the Carriage Museum on the property, which is free and open to the public.

Ongoing additions, renovations and restorations have kept the hotel at the forefront of modern sensibilities and amenities, but the original luxury, splendor and world-class service that Spencer Penrose envisioned nearly a century ago still prevail at The Broadmoor. 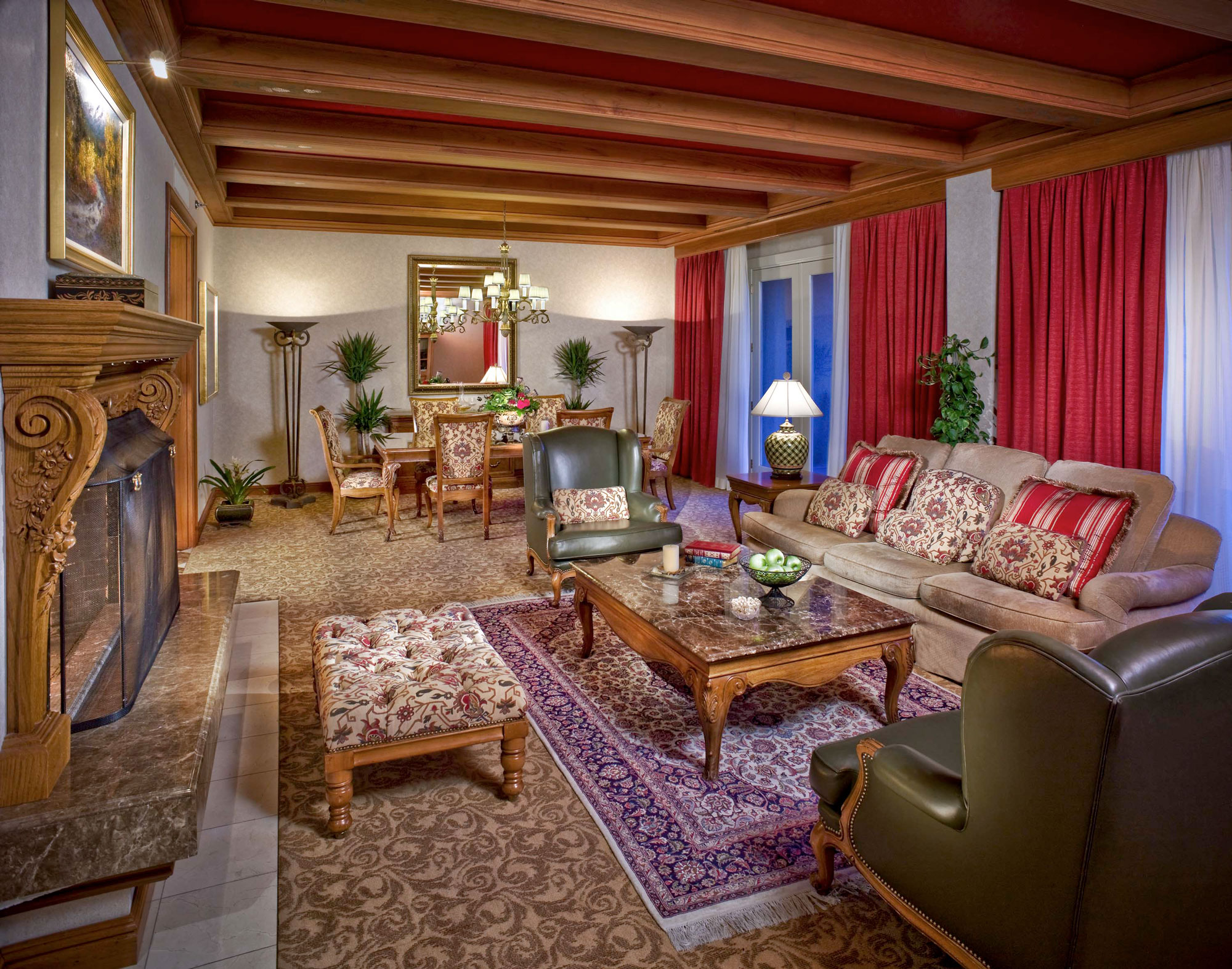 The West Tower, which opened in 1995, offers some of The Broadmoor’s best mountain, lake and golf course views from elegant rooms like this penthouse suite. 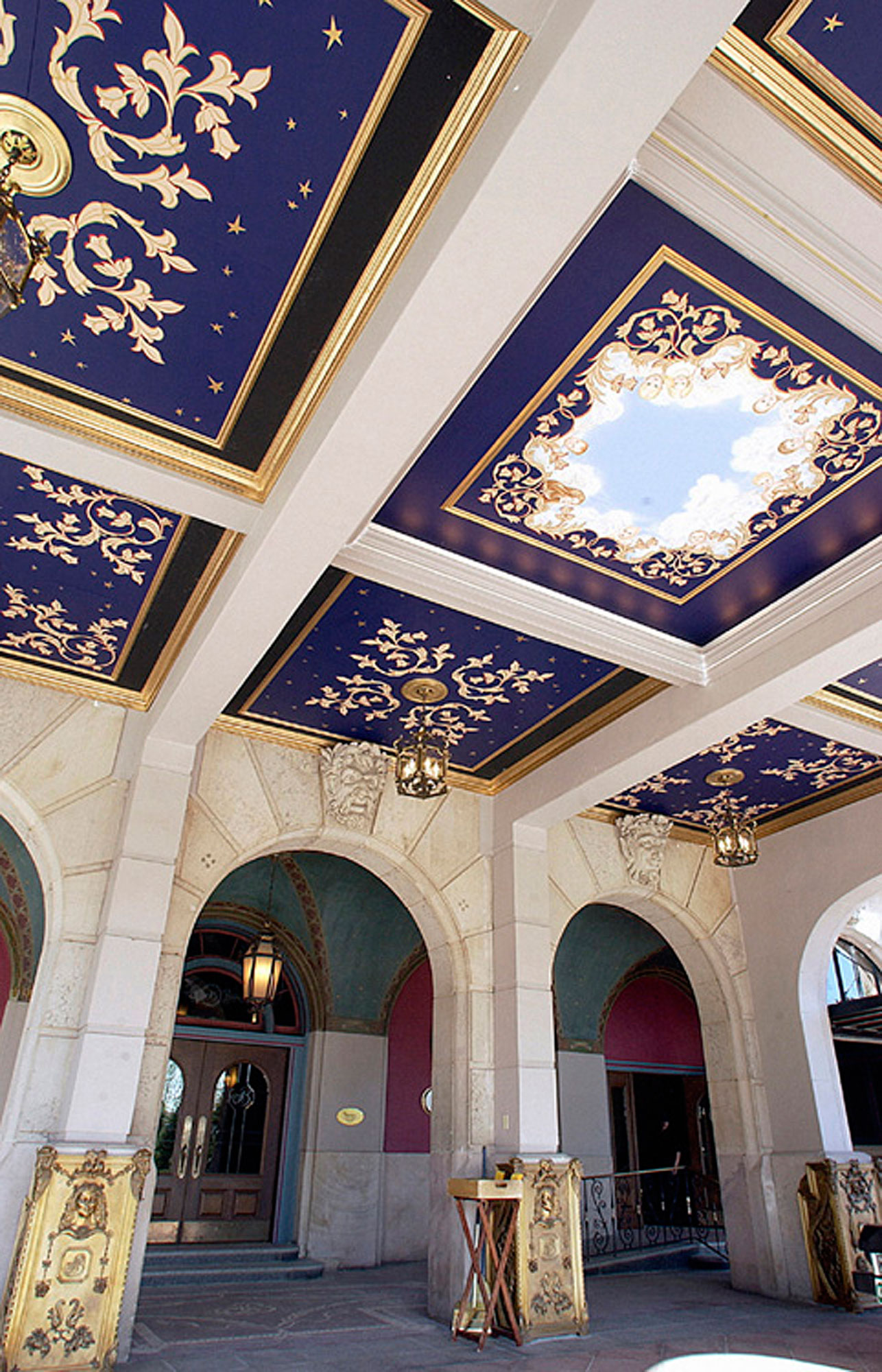 The Penroses brought in 100 Italian artists from New York and Italy to design the molded plaster ceilings. 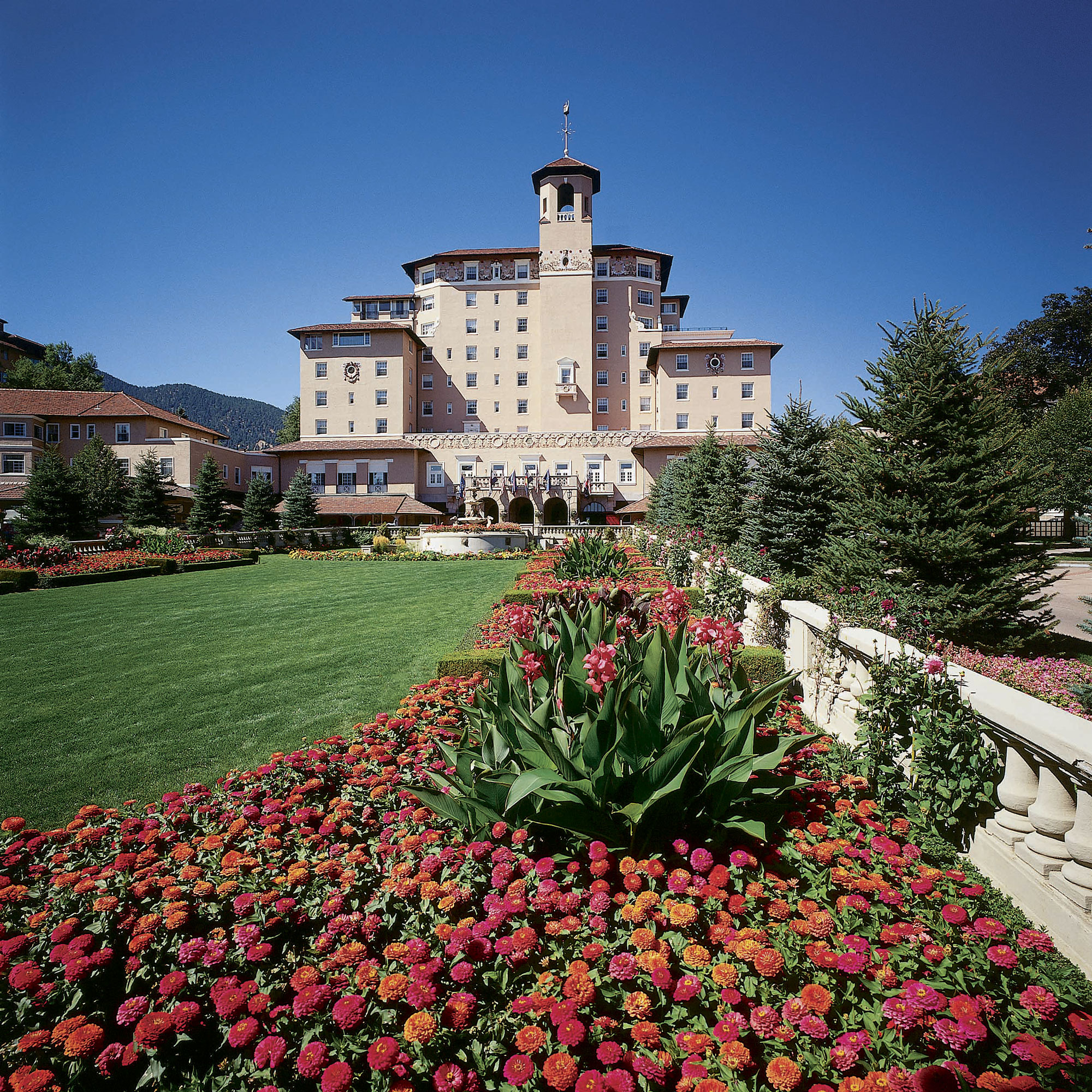 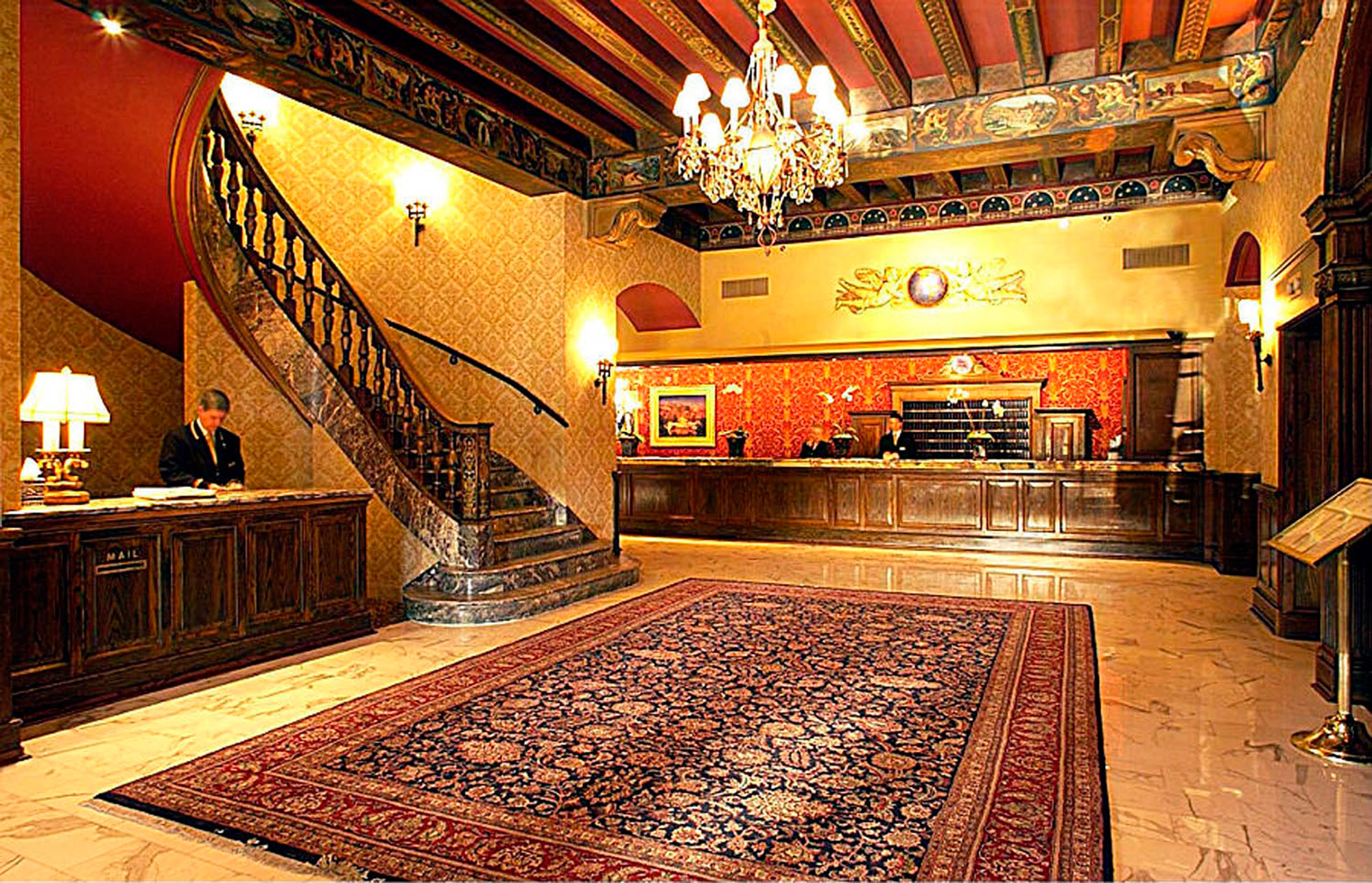 The dramatic curved marble staircase leads to the upper guestrooms; the sparkling crystal chandelier overhead originally hung in the ballroom. 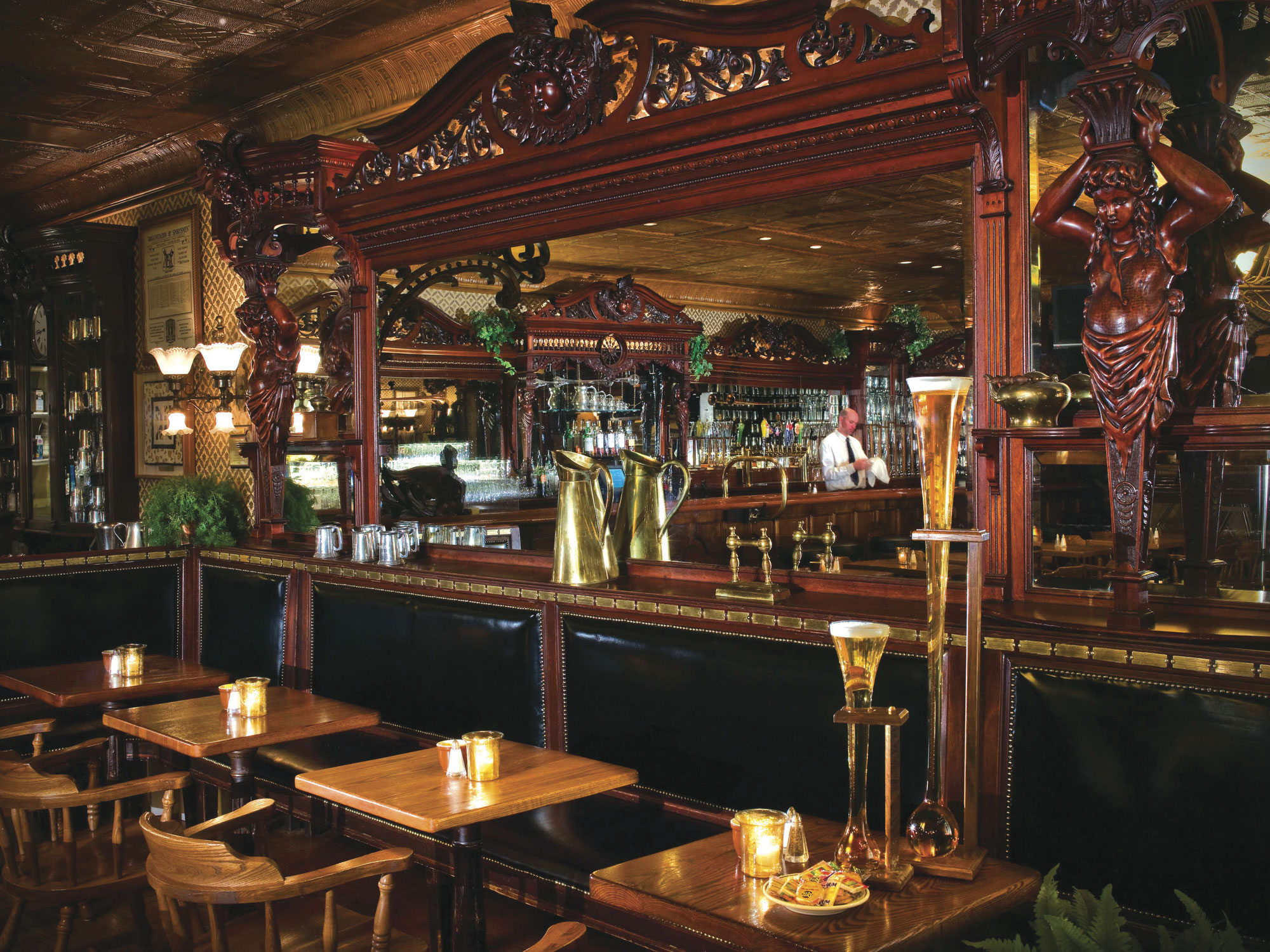 An authentic 19th-century English pub was disassembled, shipped to Colorado Springs and reconstructed as The Golden Bee at The Broadmoor. 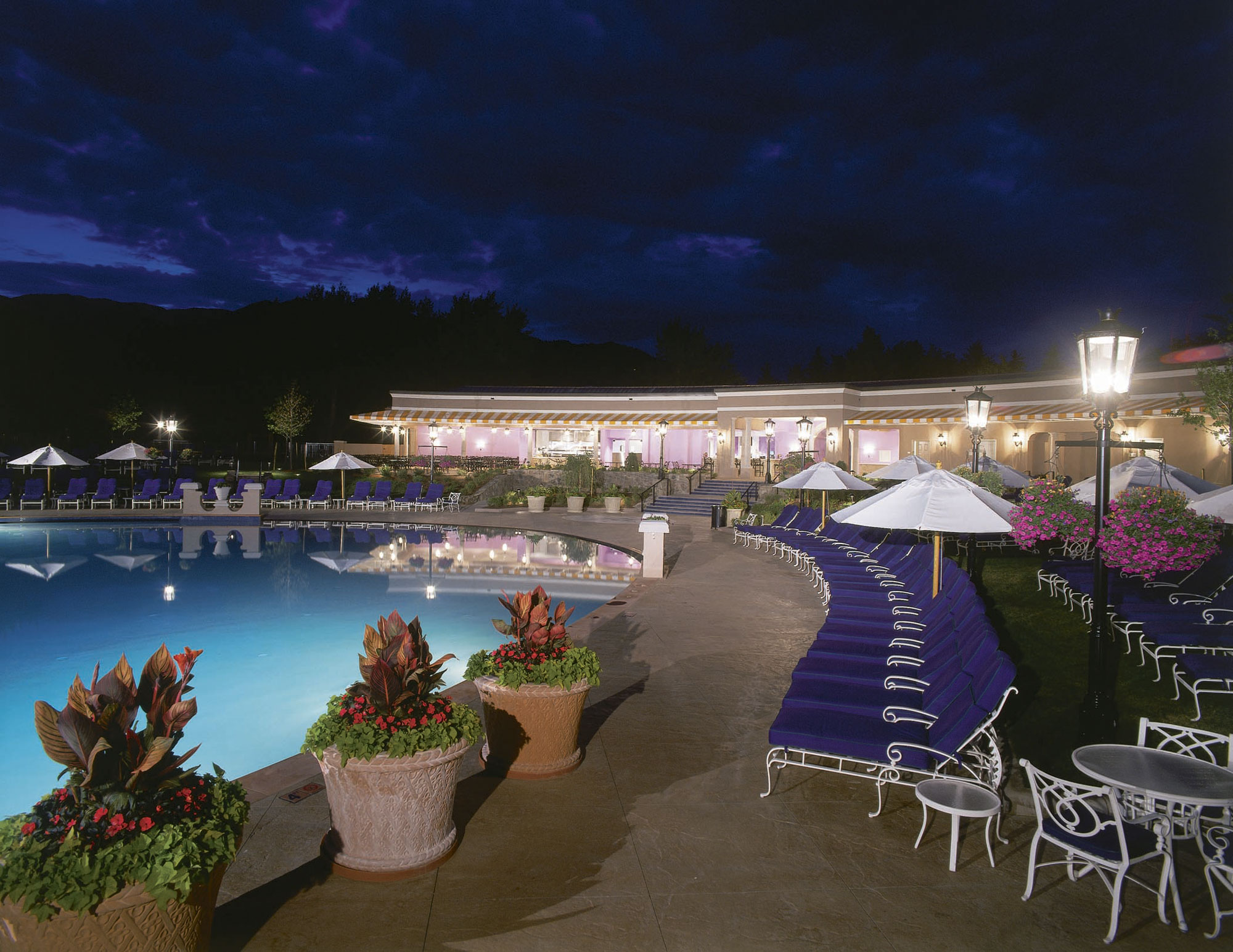 At night, lights glow from within the hotel’s infinity-edge swimming pool; the esteemed Olmstead Brothers landscaped the original grounds on the property.