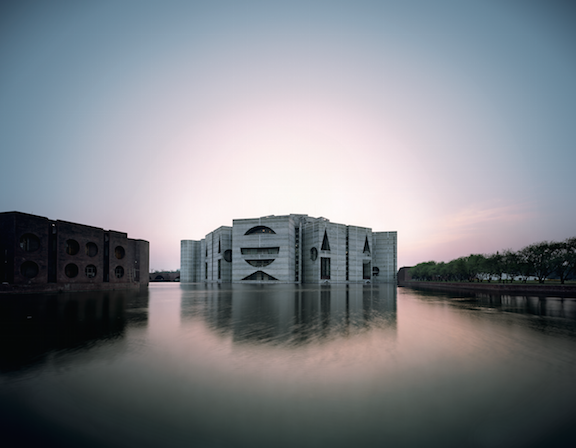 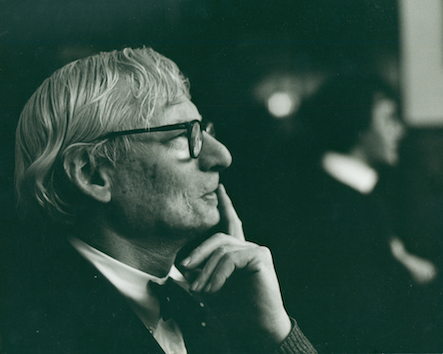 The San Diego Museum of Art welcomes Louis Kahn: The Power of Architecture, the first retrospective of the American architect’s work in two decades. On view November 5, 2016 through January 31, 2017, the exhibition presents over 200 objects related to Louis Kahn’s selected buildings and projects in the form of architectural models, plans, original drawings, photographs, films and more.

The late Louis Kahn is regarded as one of the leading architects of the 20th century. With complex spatial compositions and a mastery of light, Kahn created buildings of dignified beauty and powerful universal symbolism,believing buildings should be monumental and spiritually inspiring. Among his most famous architectural works are the

Salk Institute in La Jolla, CA; the Kimbell Art Museum in Fort Worth, TX; and the National Assembly Building in Dhaka, Bangladesh.

Kahn was an esteemed lecturer and professor at Yale University and the University of Pennsylvania for many years; however, he did not experience his international breakthrough as an architect until he was nearly 60 years old, as his early work in the 1940s and ’50s was devoted to residential building and urban planning. After serving as the Architect in Residence at the American Academy in Rome in 1950 and visiting ancient buildings in Italy, Greece, India and Egypt, Kahn developed his own international style. This marked a turning point in his career, and from 1960 onward he became renowned for his institutional structures: museums, laboratories, sacred edifices, a university and a legislative building. The Salk Institute, opened in 1963, is considered a modern architectural masterpiece, designed to “create a facility worthy of a visit by Picasso,” as instructed by Jonas Salk, the founder of the research institute. 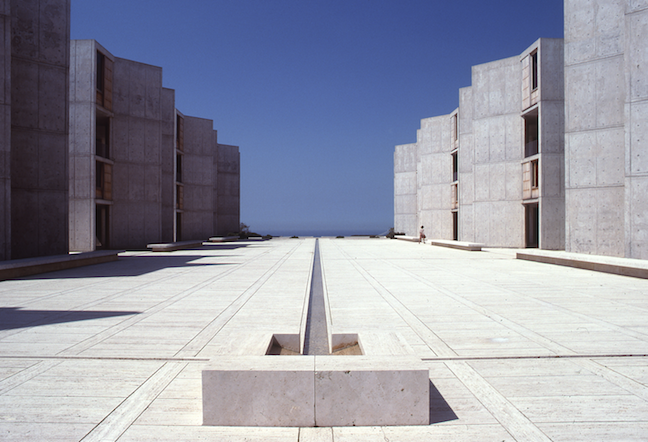 The exhibition begins with an extensive biographical section that displays films, personal documents and drawings to introduce visitors to Kahn’s life and work, and is followed by six thematic areas thatillustrate the evolution of his work over time. Numerous sketches, study models, and archival images show the design process and building history of Kahn’s most important projects. Louis Kahn: The Power of Architecture is the first tim

e Kahn’s architectural work is enriched with a selection of watercolors, pastels and charcoal drawings created during his world travels, which document his skill as an artist and illustrator.

“This is an extraordinary opportunity to showcase the power of architecture as an art form through this immersive exhibition on Louis Kahn,” said Roxana Velásquez, Maruja Baldwin Executive Director of The San Diego Museum of Art. “We’re honored to share Louis Kahn’s artistic vision and his design process behind his many masterpieces, including the Salk Institute—a San Diego landmark regarded as one of the most inspirational works of architecture in the world.”

At The San Diego Museum of Art, Louis Kahn: The Power of Architecture will be accompanied by Shape, Shadow, and Space: Photographs of the Salk Institute, an exhibition featuring architectural photography from students of the Woodbury University School of Architecture. The Museum will also present a symposium on Saturday, November 5, 2016, featuring Ariel Plotek, Curator of Modern and Contemporary Art, The San Diego 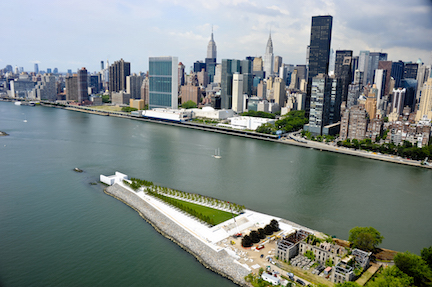 Museum of Art; Sara Lardinois, Project Specialist, The Getty Conservation Institute; Wendy Lesser, editor of The Threepenny Review and author of the forthcoming biography, You Say to Brick: The Life of Louis Kahn (due in spring 2017); and William Whitaker, Curator and Collections Manager, Architectural Archives of the University of Pennsylvania School of Design. The Museum will also screen the film My Architect, A Son’s Journey, presented by the director and Kahn’s son, Nathaniel Kahn.

An exhibition of the Vitra Design Museum, Germany, in collaboration with the Architectural Archives of the University of Pennsylvania and the New Institute, Netherlands, Louis Kahn: The Power of Architecture is globally sponsored by Swarovski and has been organized in San Diego by Dr. Ariel Plotek, Curator of Modern and Contemporary Art at The San Diego Museum of Art.

For more information on The San Diego Museum of Art or to purchase tickets or a membership, visit www.SDMArt.org.

About The San Diego Museum of Art

Providing a rich and diverse cultural experience, The San Diego Museum of Art houses the world’s finest art in America’s Finest City. Located in the heart of Balboa Park, the Museum’s nationally renowned collections include Spanish and Italian old masters, South Asian paintings including the Edwin Binney 3rd Collection of Indian paintings, East Asian art, and 19th and 20th century American paintings and sculptures. The Museum regularly features major exhibitions of art from around the world, as well as an extensive year-round schedule supporting cultural and educational programs for children and adults. At The San Diego Museum of Art, exhibition text is always in English and Spanish.