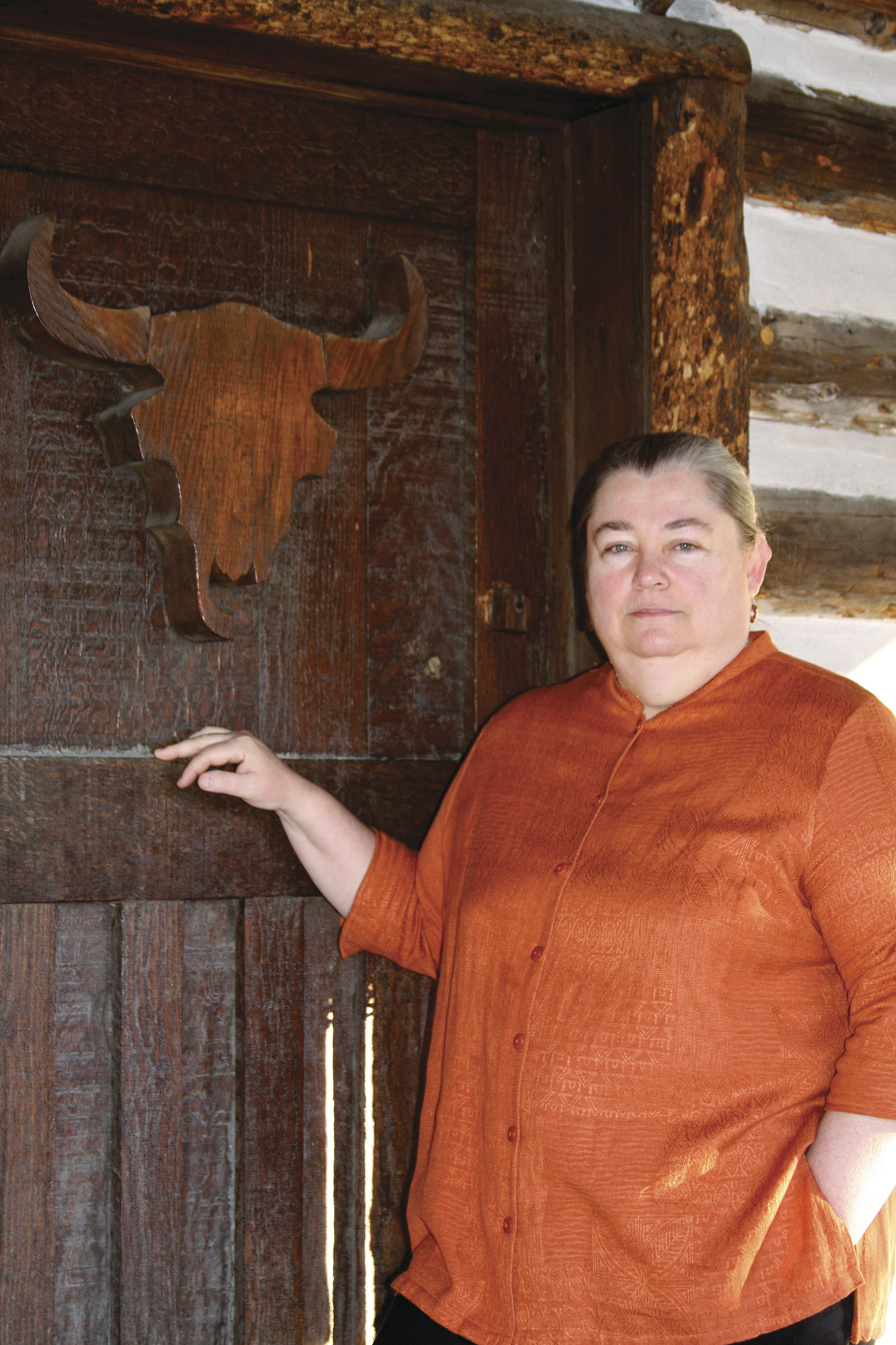 This is not an observation necessarily shared by all members of the Eastern fine art establishment, particularly those who have spent little time west of the Mississippi River: “In Tulsa, the whole world of art opened up to me — the idea of art as an artifact of history, of cultural identity and social commentary. I learned that art is about conveying the lessons of the past, and having those lessons made accessible to the public. Art should not be only a high-brow consideration that falls off the radar screen of society at large.”

The individual who makes this commentary is Anne Morand, director and chief executive officer of the C.M. Russell Museum in Great Falls, Montana. Morand’s voyage of discovery in Western and Native American art is as rich as the genres with which her name is synonymous.

The daughter of a career military officer, Morand grew up in varied outposts and moved to Tulsa, Oklahoma, with her family after high school. She started college at the University of Tulsa as a language major. A fateful invite to serve as a translator on an art trip to Italy was the emotional catalyst for Morand to become an art historian.

After college, Morand completed graduate studies at the Art Institute of Chicago, then spent 30 years as curator at the Thomas Gilcrease Museum in Tulsa. She was then recruited to lead the Russell Museum into a new, bold era. Also a scholar on the works of Thomas Moran, Morand has been instrumental in bringing the Russell Museum’s Center for the Study of Art of the American West to a national stage.

“Western art has always had a great appeal for regular people,” she says. “What hasn’t always been the case is Western art commanding respect among the historical community. But that is changing.”

WA&A: What inspires you as a curator of important public art collections?

Morand: From the earliest years of my career at the Gilcrease Museum to the present at the C.M. Russell, I have been taken with the concept of sharing great art with the public, not only sharing the works of art themselves, but also the ideas behind their creation, what inspired the artists and how works of art reflect the societies in which they were created.

WA&A: What was the first work that you had a hand in securing for a museum collection and what made you choose it?

Morand: I don’t remember the first work, but one of the earliest was a painting of Venice by Thomas Moran for the Gilcrease Museum. Although the Gilcrease has the largest Moran collection in the world, the collection did not include a painting of Venice, one of Moran’s most beloved sites and one of his most painted subjects after the 1880s. A beautiful example came up for auction in New York, and after careful research we determined that it would fit into the collection. I wasn’t able to go to New York, but with the help of a colleague who made an on-site examination, I participated as a phone bidder. It was my first experience of this kind, and while nerve-wracking, it was very exciting! I don’t think I slept very well until the painting arrived and we uncrated it — it was even more beautiful than we had hoped!

WA&A: What is the most beloved piece of Western art you’ve interacted with, and why?

Morand: Since coming to the Russell Museum, I have had the opportunity to see the idea of “beloved” work defined in the best possible way. In the permanent collection is a very large oil by Russell called The Exalted Ruler. He painted it in 1912 as a gift to the local Elks Lodge, of which he was a member. In the 1990s the Elks decided to sell the painting and it looked like the painting might leave the state. A local heroic grass-roots effort was mounted by folks in Great Falls to secure it for the Russell Museum. In a brilliantly named campaign called “Inch for the Ruler,” people were able to “buy” square-inch segments of the painting, and through hundreds of these donations (including groups of school children who pooled their money) it was purchased for $1 million. Today, below the painting is a listing of all of the donors, and daily we have folks who come in the museum to visit the painting they helped to buy.

WA&A: What was the piece that got away?

Morand: For museums, there are so many that get away from us because we are less and less able to compete in the art market. Recent sales of what we would consider museum-quality Russells are in the tens of millions. So we live for the future — either next year or a future far beyond the tenure of current directors and curators — when donations of important works will come to museums.

Morand: I would love to have been one of the mosaic artists who created the murals in San Vitale or Sant’Apollinare in Ravenna, Italy. Imagine doing such beautiful work, admired for centuries, which will — short of an apocalyptic event — be there forever.

WA&A: What kinds of scenes would Charlie Russell be painting if he were alive today?

Morand: Interesting to think about. After his first visit to New York in 1903, he made nearly annual trips there. While there, he routinely visited with artist-illustrator friends, but he also made the rounds of the museums and art shows. He was fascinated with Modernism, which he encountered in such venues as the Armory Show. So it’s possible he would have moved toward the avant-garde. In reality though, he probably would be painting today much of what he was painting then — certainly in the realm of Western American art, the trend continues in the realistic depiction of narrative subjects.

WA&A: In what ways do you see the C.M. Russell Museum collection evolving over the next 100 years?

Morand: It will surprise no one to know that we hope to continue to acquire works by our namesake. Interpreting Charlie Russell is more than displaying his incredible paintings and sculpture, it is also gaining insight into the artist and the man. Each year we add to the material that helps us do this, and over the next century we hope this collection grows exponentially. Our new permanent installation, The Bison: American Icon, Heart of Plains Indian Culture, focuses on historical interactions between the bison and people on the northern plains, and has provided the opportunity to highlight important collections that previously had resided in storage.