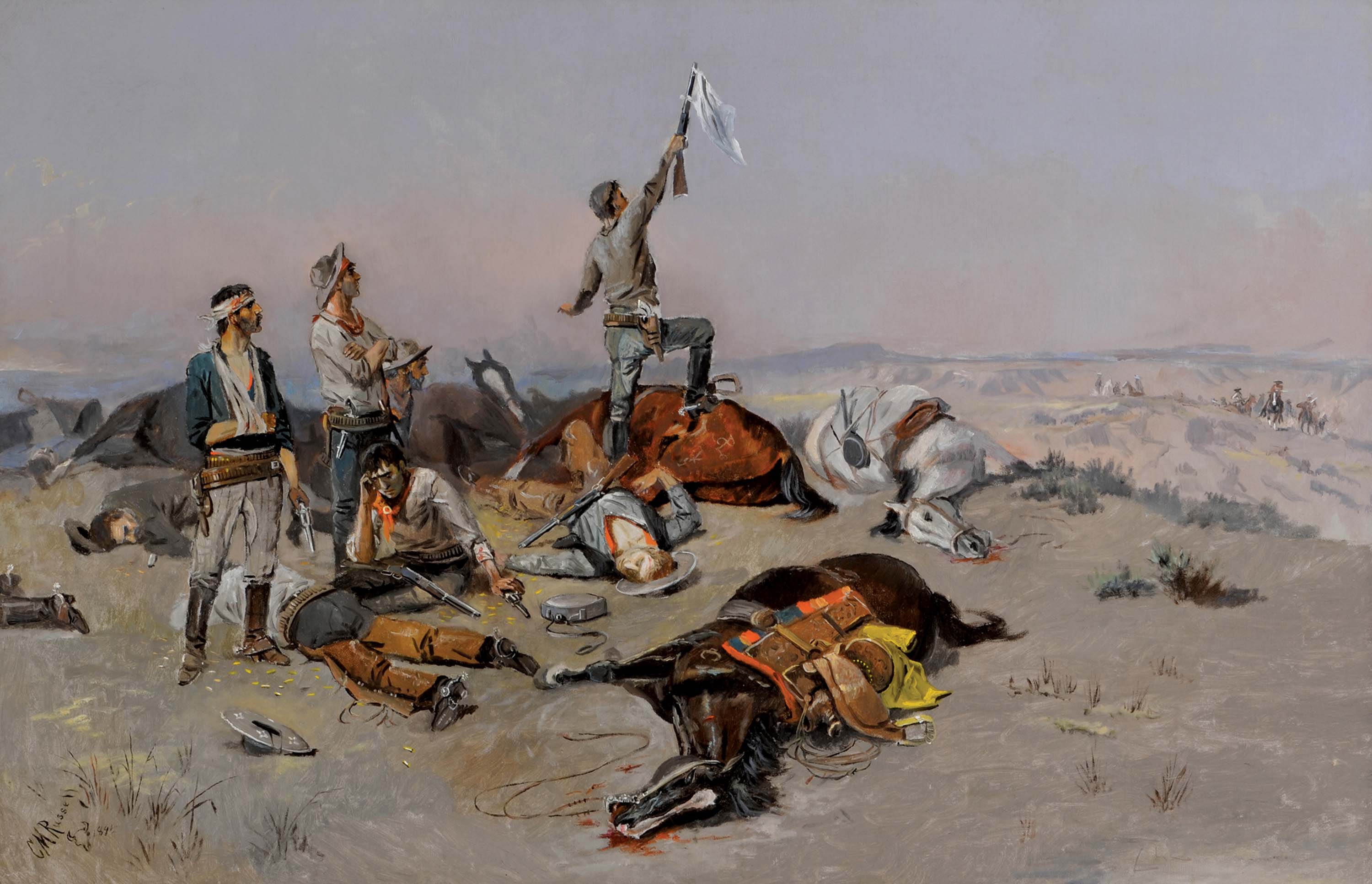 Spring art season out West leans toward the traditional Western genre, gathering the best works from masters such as Remington and Russell to celebrate the legacy of American icons. Specifically, that means Western Art Week in Great Falls, Montana, where a celebration of the original cowboy artist, Charles M. Russell, elicits a gathering of artists and collectors who travel to the Northern Rockies from all over the country.

The standout of the spring season was in Arizona at the 10th annual Scottsdale Art Auction. Hammering out an impressive sales total of $12.6 million, breaking its own auction records from previous years and marking $100 million in overall sales in a decade, it’s clear that Scottsdale remains an auction to watch. Partners Brad Richardson, Michael Frost and Jack Morris Jr., elevated the quality of the sale to break individual artist records and set the precedent for the coming year’s auction season.

“We were elated at the positive response, bidder turnout and final results from [April’s] evening and day editions auction, where 25 record prices were set in the evening sale alone,” said Kelly Troester and Cary Leibowitz, co-worldwide directors for Modern and Contemporary editions. The top prices were the culmination of blue-chip artists, buzzworthy images and an enthusiastic audience that created a full auction room with lively and dynamic bidding for a wide variety of prints and objects.

Celebrating a decade of the Scottsdale Art Auction, Brad Richardson, auction partner and proprietor of The Legacy Gallery, opened with a tribute to the contemporary artists who had been commissioned to create a piece to sell at auction and granted the Award of Merit, a $15,000 prize selected by ballot, to Kyle Polzin for Mystic Warrior. The 74-by 30-inch oil painting went on to sell on the auction block for a stunning $287,500, well above the $30,000 to $40,000 presale estimate. In the end, that excitement was a telltale sign for a successful event that totaled $12.6 million in sales and sold through 91 percent of 354 lots.

In addition, Cowboy Artists of America founders George Phippen, Johnny Hampton, Charlie Dye and Joe Beeler were all represented in the sale. Beeler set a new world auction record when his oil, Spellbound, sold for $69,000.

“The best show ever,” was the comment that echoed throughout the evening by patrons attending the artists’ reception that launched the 24th annual Cattlemen’s Western Art Show and Sale in San Luis Obispo, California. An exceptional variety of art and the addition of 18 new artists brought attendance and sales up by 10 percent over last year, according to organizers. The San Luis Obispo Cattlemen’s Association barbequed the hors d’oeuvres, accompanied by 10 wineries. Lively conversations and sales continued throughout the weekend, which closed with the presentation of the Peoples’ Choice Award granted to scratchboard artist Paul Hopman and the Artist’s Choice Award to Vicki Catapano, both of whom are first-time artists to this show.

Winding down the spring season in Scottsdale, Altermann Galleries brought an impressive span of historic and contemporary works to the block for a total of $2 mil- lion. Offering close to 500 works from artists who ranged from the Taos Society to the Cowboy Artists of America, the two-session sale set a record for Melvin Warren, whose 36- by 60-inch, oil on linen painting, Approaching Storm, sold for $198,000.

Other impressive works by deceased masters such as Albert Bierstadt, C.M. Russell, Frank Tenney Johnson and Joseph Henry Sharp, among others, drew interested collec- tors to the sale. Bierstadt’s painting, Rocky Mountains, sold for $87,600. A bronze from C.M. Russell sold for $33,600 and a watercolor by Edward Borein fetched $16,800.

On the current front, a work from Tom Gilleon sold within the estimated range at $36,000. Andy Thomas’ oil on linen, Four Bears and the Cheyenne, sold just below the estimate at $48,000, while John Coleman, John Nieto and bronze artist T.D. Kelsey performed well.

Packing the schedule as the show-case for Western Art Week in Great Falls, Montana, the C.M. Russell Museum shined this year, with a record number of events and sales.

“It is rare to have one or two significant, original Russell artworks in an auction, let alone a dozen, all with exceptional provenance. This year we were aggressive in making changes and adding new events to The Russell. We wanted this year to surpass all others, and thanks to patrons, artists, our sponsors and the community, we vastly exceeded our goals,” explains Steve Whisler, chairman, C.M. Russell Museum board of directors.

The Russell live auction took place at a new venue, the Mansfield Convention Center. It featured in excess of 150 lots of fine art, including more than a dozen original Charles M. Russell artworks. More than 90 percent of the lots in the live auction sold for a total of $5,440,000.

The Russell’s success is due both to established and new events that took place throughout the weekend. The silent auction of fine art, objects and unique travel experiences raised $432,000 in gross sales. More than 600 guests attended the event. The Russell Art in Action was another successful sellout, grossing $200,000 in sales, 100 percent of which was donated to the C.M. Russell Museum.

New to the event lineup was the First Strike Friday Night Auction at the Mansfield Convention Center, sponsored by Nancy and Joe Masterson. The event was a hit with 40 works by top-trending Western artists selling for a gross total of $120,000.

The 27th annual March in Montana show and auction played a major part in the events surrounding the celebration of the 150th birthday of Charles M. Russell, cowboy legend and artist.

Held at the Townhouse Inn in Great Falls and conducted by Manitou Galleries and The Coeur d’Alene Art Auction, the sale achieved just above $1.5 million over the two-day sale, held March 21 and 22.

With nearly 700 bidders participating, the sale began with an Edward Borein etching dropping the hammer at $9,440, more than twice the high estimate, setting the pace for an exciting sale. Other highlights included Andy Thomas’ stunning depiction of a fierce party of Crow warriors headed into battle. Showcased throughout the preview, it fetched an impressive $63,250. A beautifully rendered drawing by Olaf Wieghorst commanded $4,600, a Gilbert Gaul camp-fire scene fetched more than $7,600 and a Joseph Henry Sharp landscape of Taos Canon brought just above $43,000. Beloved artist John Fery’s In the Open brought $10,620. Well-known Montana artist Ace Powell fared well, too, with nearly a dozen works offered in the sale.

Launching the celebration of the Yellowstone Art Museum’s 50th anniversary, the sale in Billings, Montana, showcased 460 artists and raised $328,000 on opening night. The highest-selling lot was Neil Jussilla’s Goshawk at Jordan, which went for $6,750. The artists’ donations will support future programming at the museum. 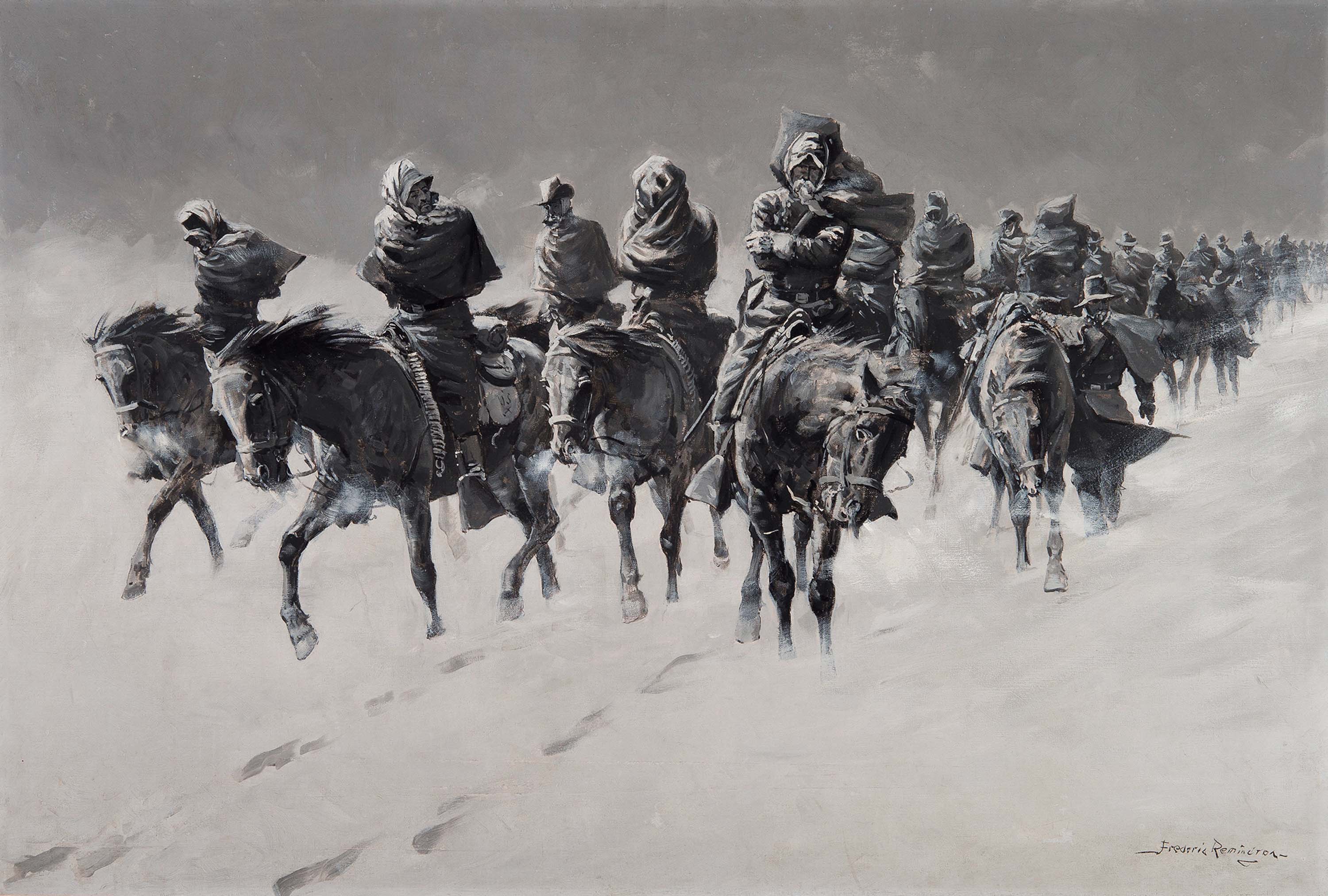