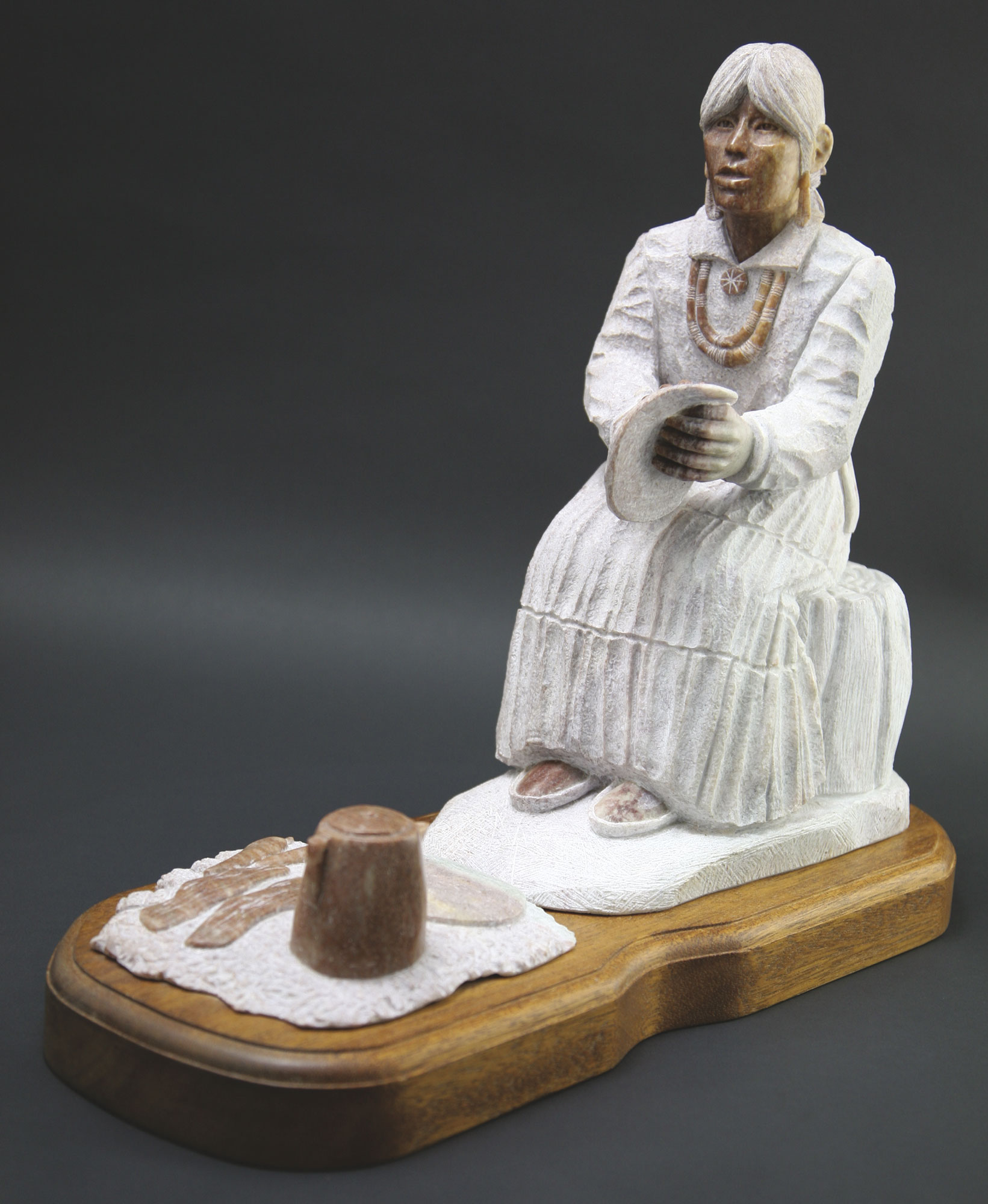 Oreland C. Joe combines smooth contemporary lines with traditional subject matter in his elegant and sublime stone sculptures. Harkening back to the neoclassical masters, Joe’s grace, polish and purity of contour bring a heightened level of modernism to the formal aspects of sculpture. His pieces embrace the heart of the subject while conveying its import through the strict rules of form. Joe studied in Italy and brought that language to his Dine (Navajo)/Ute upbringing, interweaving the seemingly different cultures into one fluid movement in stone, using Old World European techniques to carve Native American images. Leaning toward marble, he softens and smoothes, balancing the textures with iconic values. He is constantly inspired by his native land and culture and by the ceremonial aspects of living in New Mexico.

From the back streets and alleys of New York City’s underground art scene to Montana’s rugged landscapes, Michele Corriel writes about art in its many forms. She is recognized for using her background in poetry to find the right words to describe the creative process and has garnered various awards for her work which has appeared in numerous publications. 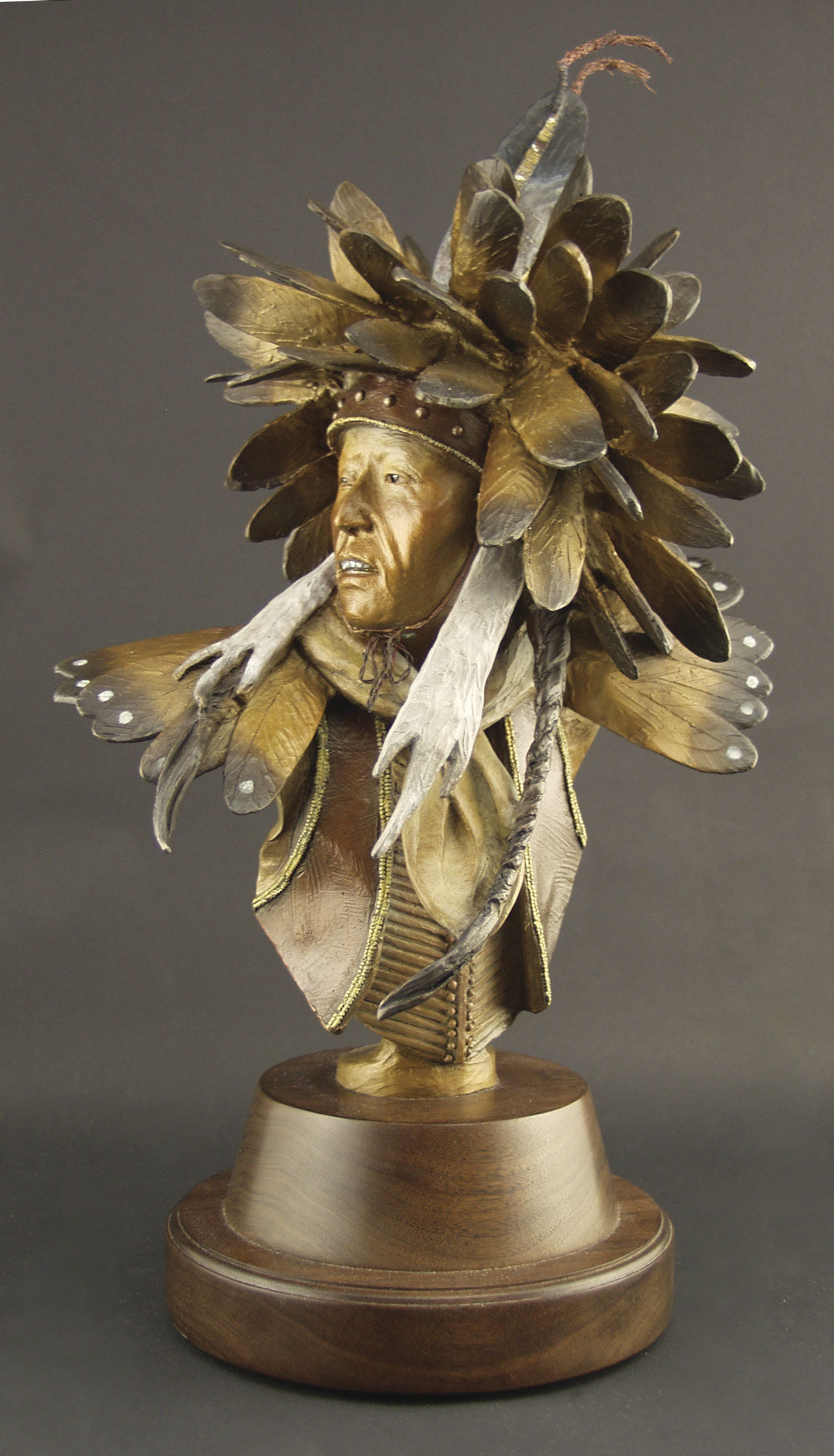 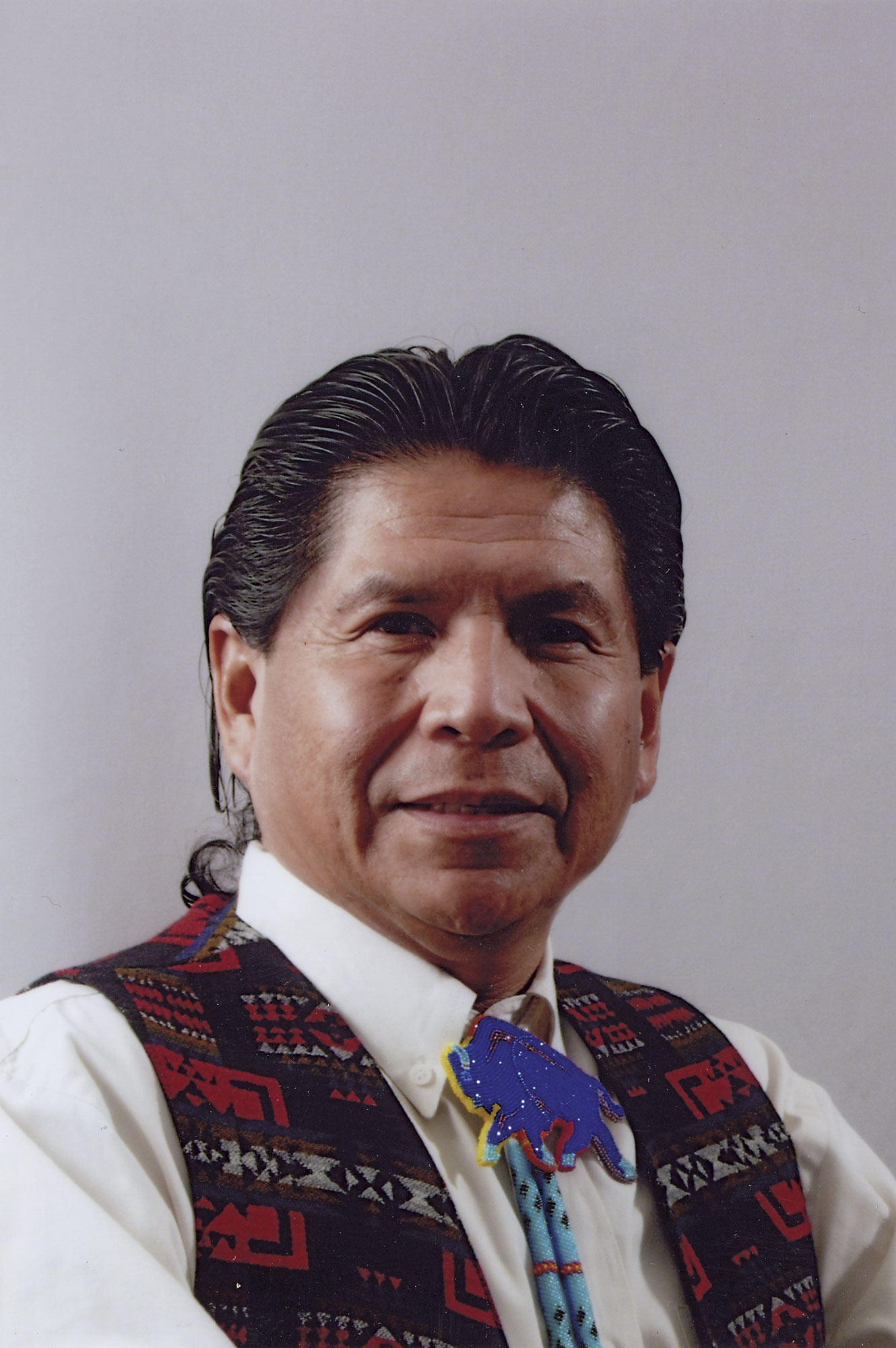 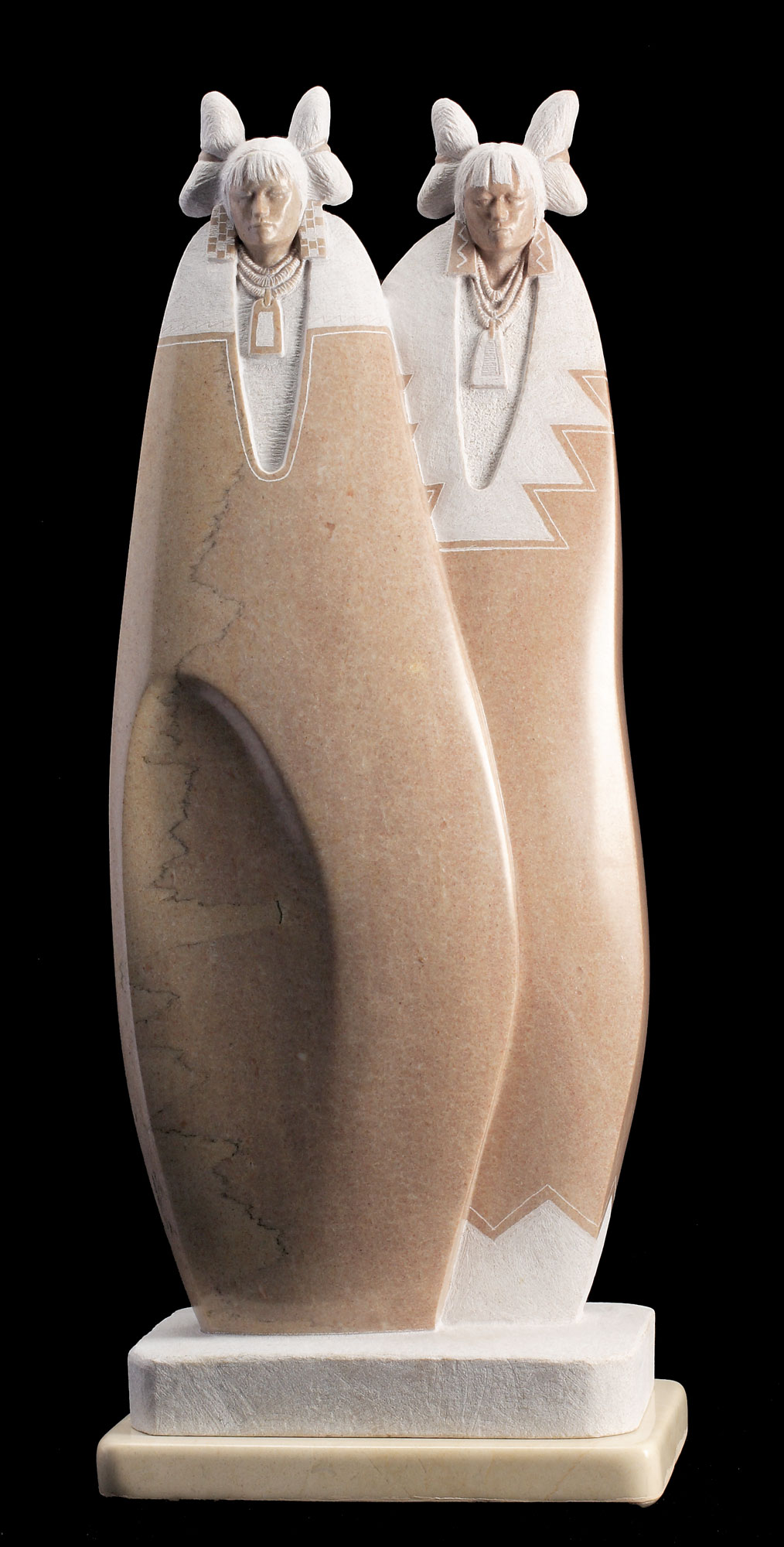