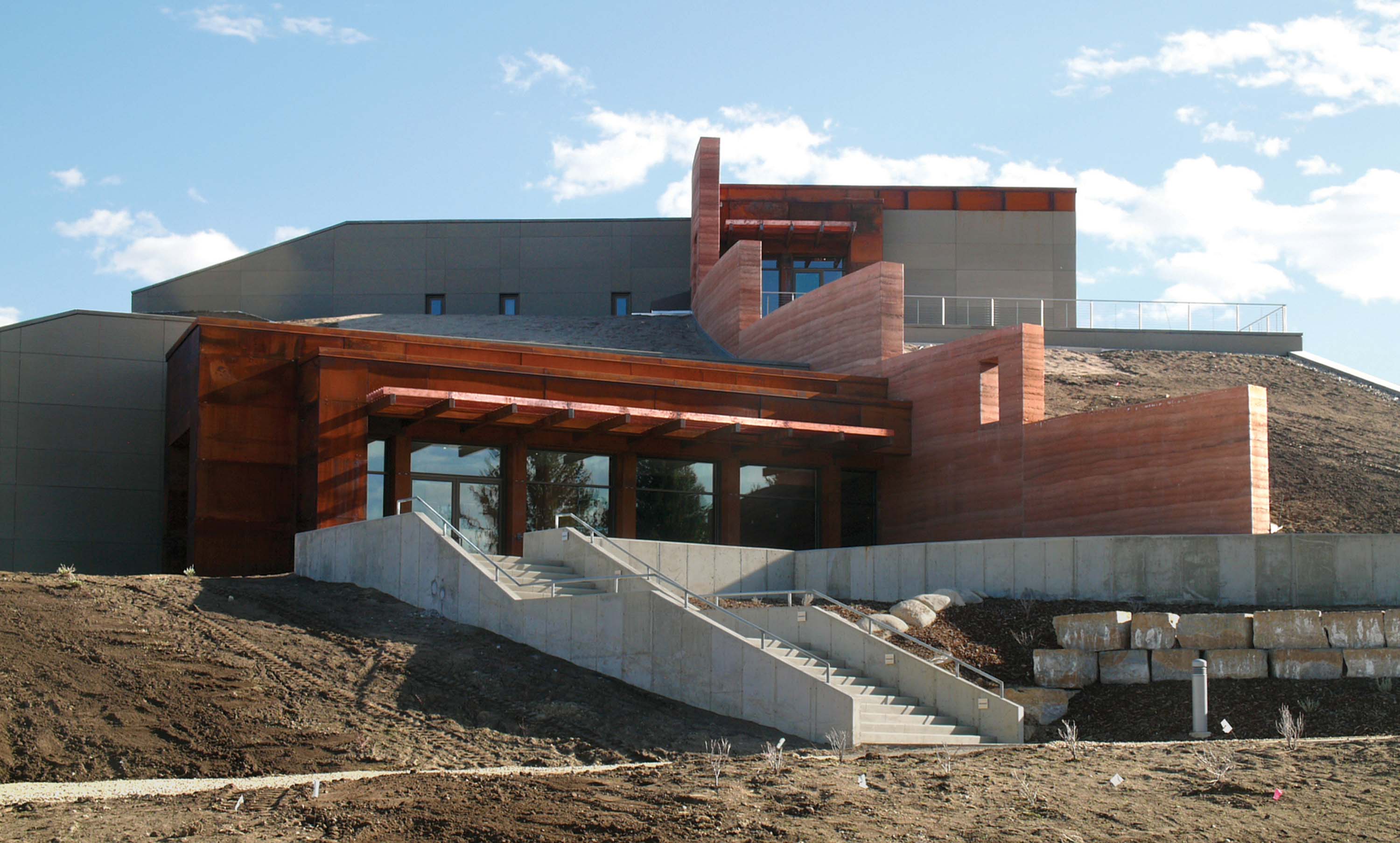 By incorporating the existing landscape into the architectural design, the Brinton museum honors both the Plains Indians, whose art is displayed there, and the historic property where it stands.

Although he does some residential work, his company of architects and engineers deals mostly with cultural commercial institutions, such as The Brinton Museum in Big Horn, Wyoming.

The Brinton Museum is built on the Brinton property, a historical ranch from the 1800s. “The owners collected Western artwork,” Belton says. “In the 1960s they built a small gallery building on the property, where they had openings and shows.”

A few years ago, they acquired an important collection of Plains Indian art and artifacts and needed a building in which to display it. The main stipulation from the owners was that the museum be built into the hillside. “The biggest challenge was putting a 26,000 – square – foot building onto this property without causing a change in the nature of the historic property,” Belton says. “The museum director’s idea was to have it largely buried into the hillside.”

While he wanted it to “disappear,” the director also wanted the museum to have a distinct presence. “It was to be clearly welcoming but not overwhelming,” Belton says. “Basically the challenge was to make a building that was a lot bigger on the inside than it appeared on the outside.”

Belton says the hillside itself gave him the idea. “The whole issue is a clear welcoming entry and a clear way through the building,” he says. “The curve of the wall away from the entry allowed it to be open and welcoming but also very strong.” The rammed earthen wall, built carefully in many compacted layers, gives the building a sense of place.

The entry itself brings in light with plenty of glass enclosures including a 60-foot skylight that goes the entire length of the entryway. “When you walk into the building you do not feel like you’re going into the ground,” Belton says. “You don’t really realize you’ve been underground until you get to the third floor and see a 180 – degree vista of the Bighorn Mountains.”

It was important for the museum to reflect the native people, whose artifacts are being displayed there. “They were close to the earth all their lives,” Belton says. “So the unifying symbolic element, the rammed earth wall, has a gentle S-shape and is symbolic of the relationship between the museum’s Plains Indian collections and the early white settlers who recognized the importance of preserving these artifacts.”

The significance of the S-shape is that one piece aims to the west, referencing the Medicine Wheel, 47 miles to the west – northwest in the Bighorn Mountains, and one to the east, pointing to the place of the settlers.

“The Moncreiffes were early English settlers,” Belton says. “They were known as ‘Remittance Men,’ second sons of the landed gentry. Together the entire wall unifies those two things.”

When designing something as important as a museum, incorporating symbolizing images and shapes, the process is never linear. “You get parts of it designed,” Belton says. “And then you work on redesign, sometimes the design itself inspires another idea. It’s a rich mixture.”

The building contains visitor amenities, large storage vaults and collection prep areas on the first floor; permanent collections and visiting collection galleries on the middle floor; and presentation gallery, Bistro, kitchen and archival storage on the uppermost floor. The Bistro and its outside patio provide views of the Bighorn Mountains.

“It’s very exciting to see it finished,” Belton says. “This was a really great job and a really wonderful client. The architect alone can’t produce a really good building without a really good client.” 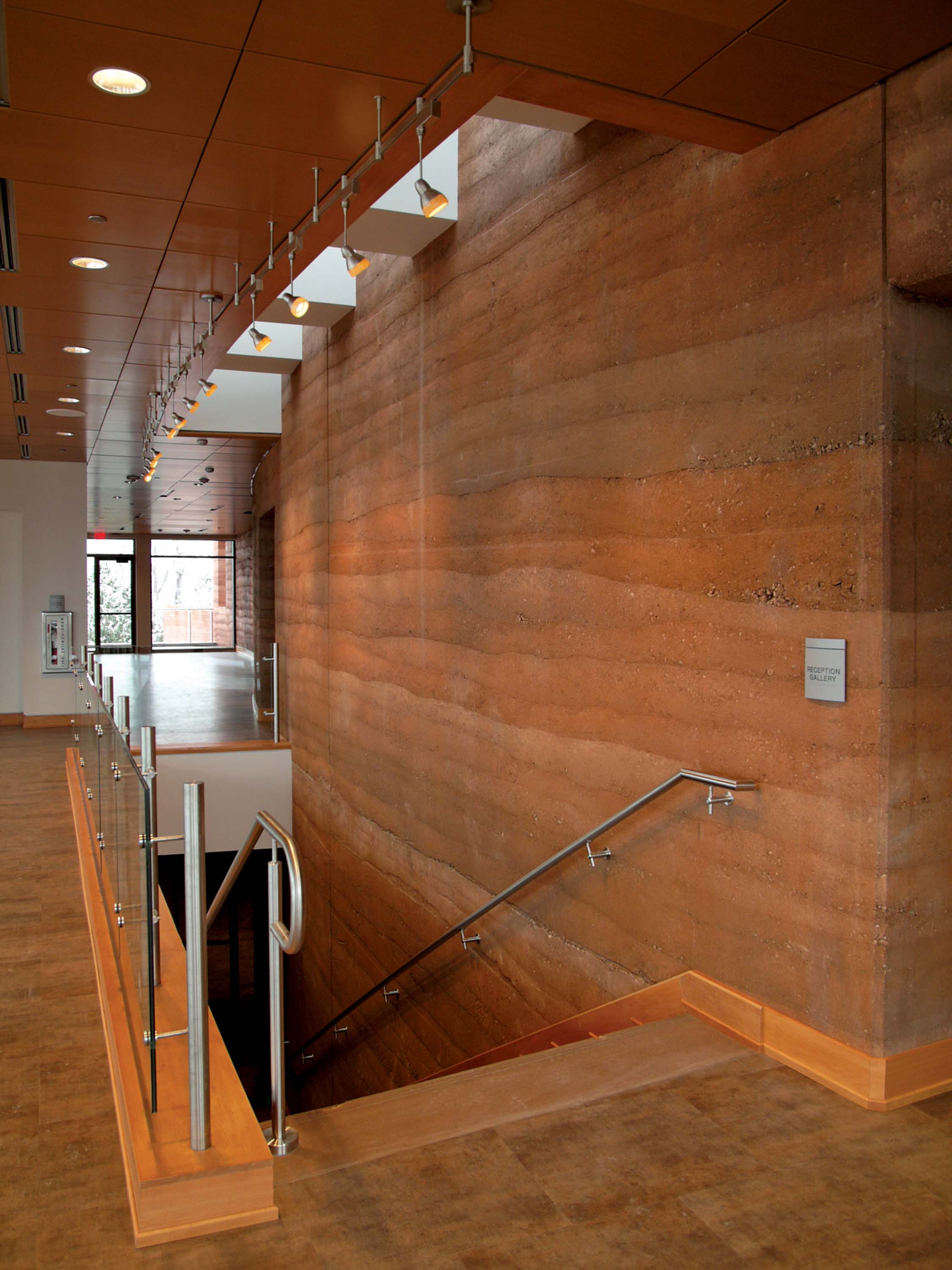 The rammed earth wall is a fundamental design element and establishes a sense of place. 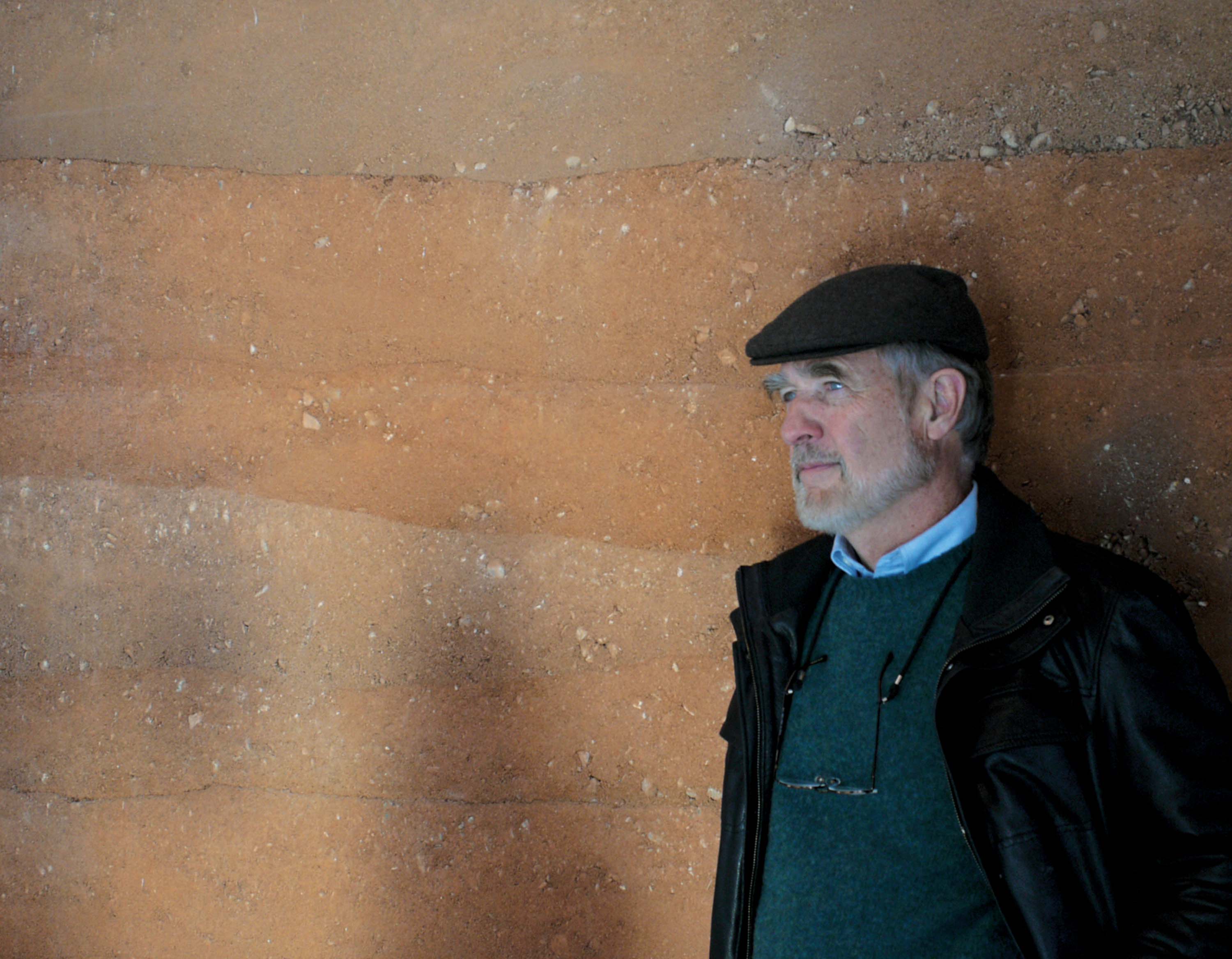