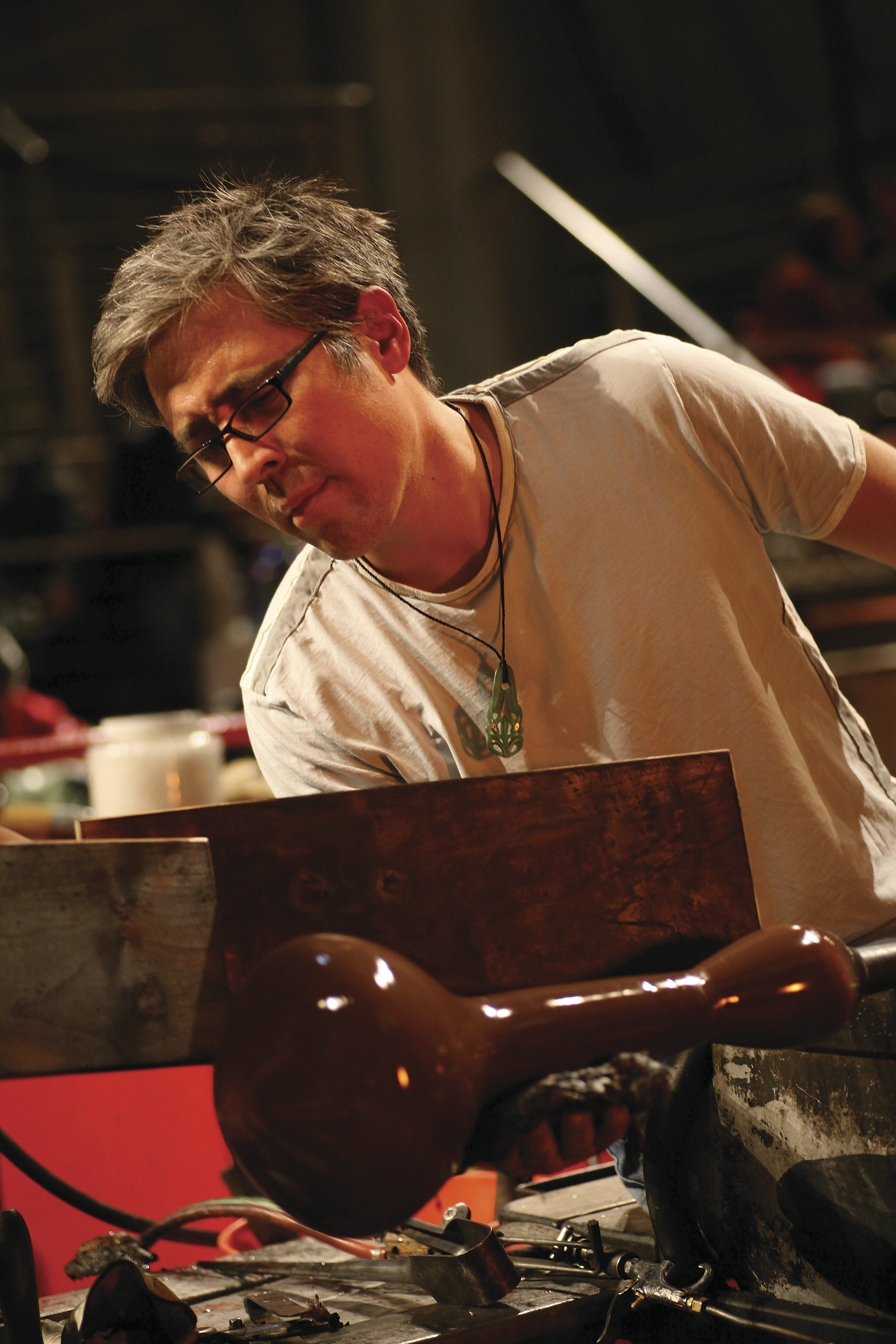 01 Sep Ones to Watch: Preston Singletary

With poetic clarity, artist Preston Singletary combines the time-honored method of glass blowing with Northwest Native storytelling, adopting historical images from his Tlingit ancestry. Using the manipulative quality of glass, Singletary incorporates light as another element in his sculptures, bringing with it a sort of shamanistic experience to his work.

“I see my work as an extension of tradition and a declaration that Native cultures are alive and developing new technologies and new ways of communicating the ancient codes and symbols of this land,” Singletary says. Each of his sculptures indeed feels both current and primordial, conveying a hue of historical significance. 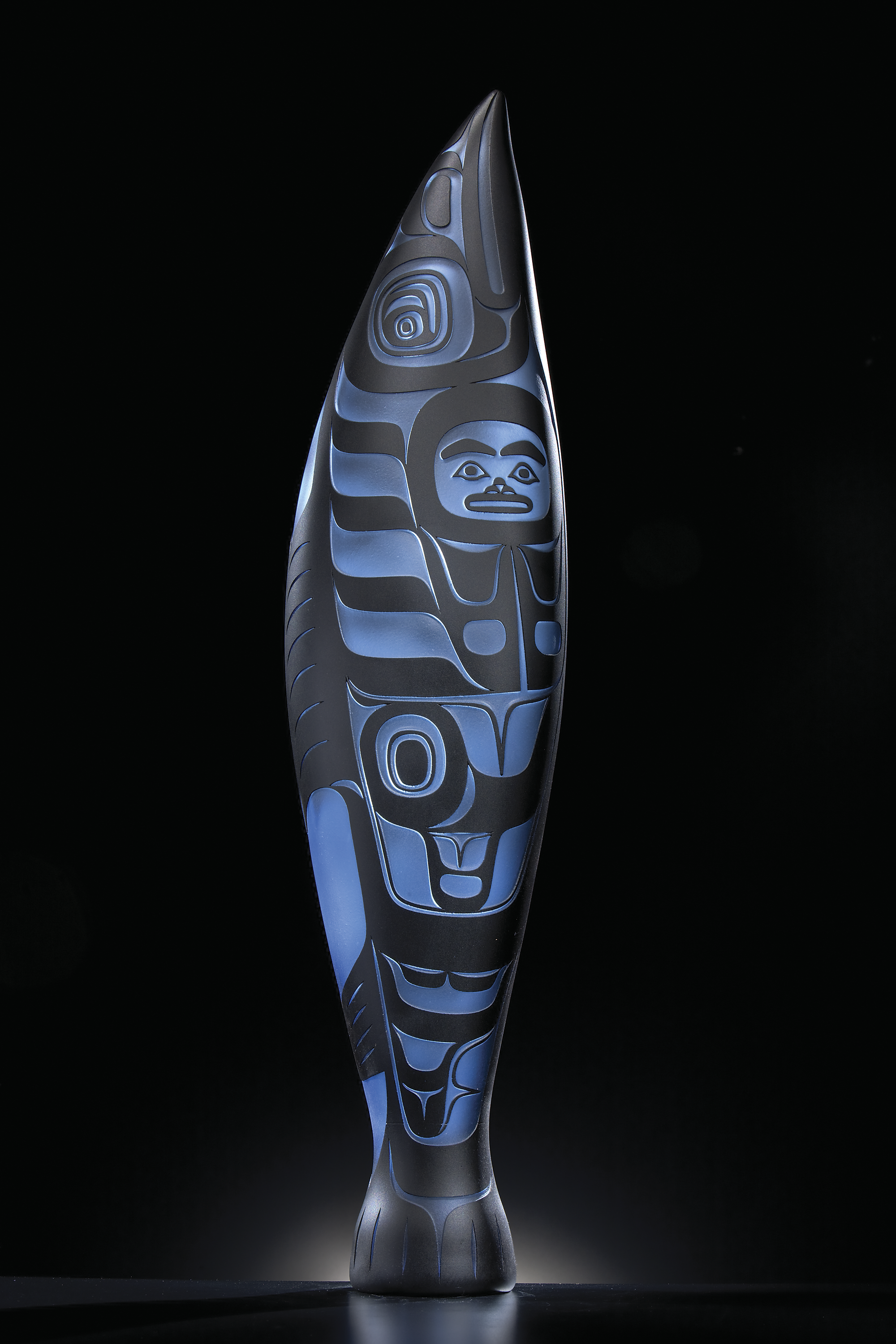 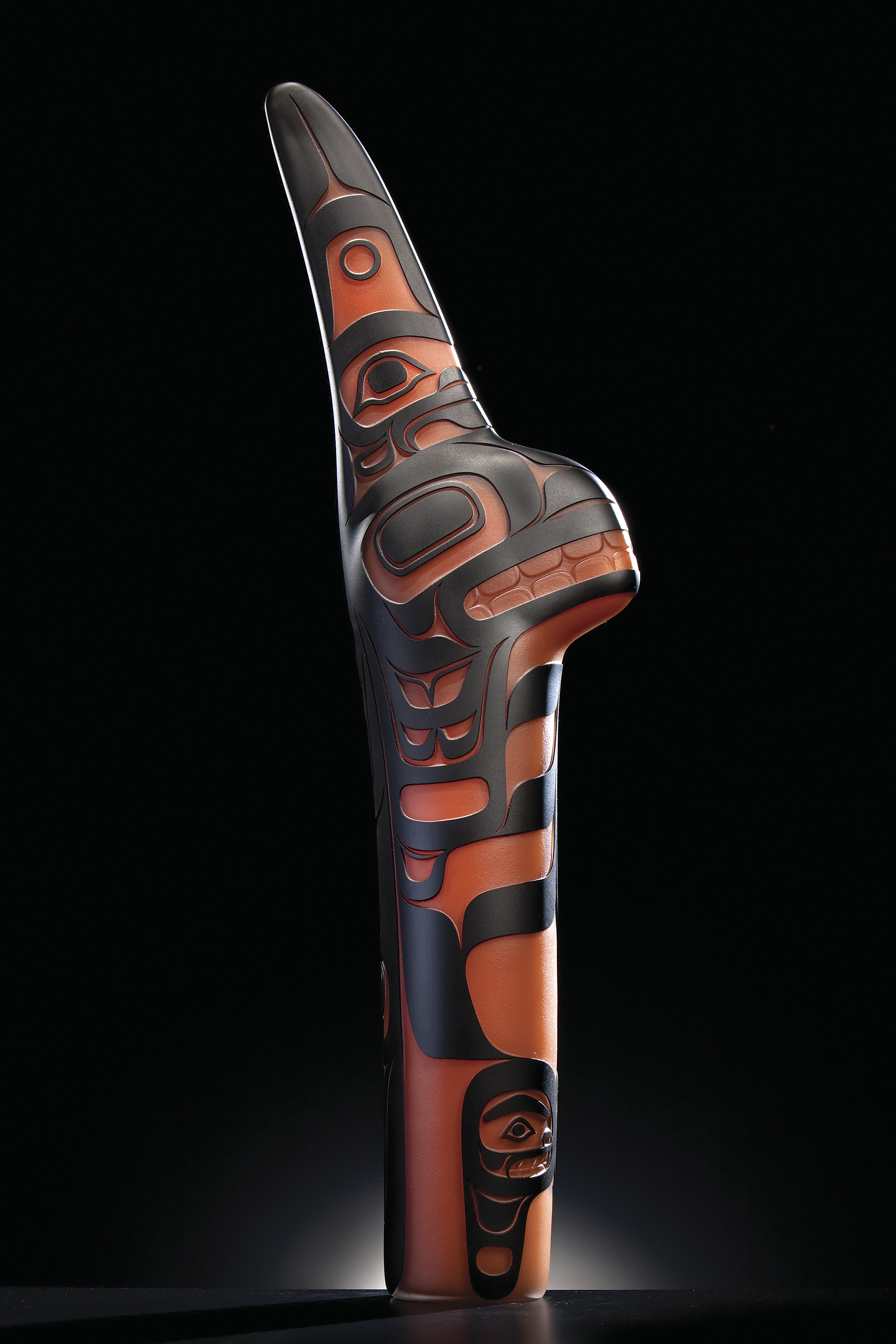