As the self-styled “Live Music Capital of the World,” Austin, Texas, marches enthusiastically to the beat of its own drummer. The capital city is famously different from the rest of the swashbuckling state — the University of Texas is here, as are high-tech companies attracted by a youthful and hip labor force. The city’s secret weapon, though, transcends mundane statistics: Austin has been blessed by nature, a stroke of environmental luck that ensures many of the city’s best events take place outside. The vibe is freewheeling, welcoming to artists, musicians, diners and especially to visitors — kind of like one big party to which everyone’s invited. It’s a given that Austin is a city meant to be participated in, not just observed from the sidelines.

The land-locked city of 820,000 is defined by water, in the form of Lady Bird Lake which wends its way through the middle of town. The lake is encircled by a hike-and- bike trail that scoots by skyscrapers, neighborhoods, ball- fields, and boathouses and is always bustling with walkers, runners and bicyclists. The 10-mile trail is also the northern boundary for 350-acre Zilker Park, Austin’s version of Central Park, and the site of the beloved Barton Springs, a spring-fed swimming hole prized for its pristine 68-degree waters.

Live music is the soundtrack to which Austin rocks, and nowhere more exuberantly than at its music festivals. SxSW (pronounced “South by Southwest”) is one of the largest music festivals in the United States. You don’t have to get lost in a crowd to be part of the scene, though. You don’t even have to buy a wristband: Music is everywhere — in clubs, on the shores of the lake, on the streets, in churches and at 7 a.m. in hotel bars for early birds (or night owls as the case may be).

You would think that one humongous music festival would be Austin’s signature event, but that isn’t so. Named after the live PBS concert series, “Austin City Limits,” which is filmed here, the ACL Festival started out 10 years ago as a three-day bash in Zilker Park. It now draws more than 70,000 fans a day to hear rock, indie, country, folk and electronic music on eight stages. It turns out, too, that fans really do want more, and in 2013 the fall festival expands to two weekends.

In central Texas, barbecue reigns. There are some memorable barbecue places in the area — The Salt Lick, Lamberts Downtown Barbecue, Stubb’s Bar-B-Q and newcomer Franklin Barbecue, which Bon Appetit magazine just named the best in the country — and at least three barbecue spots are within a half-hour drive: City Market in Luling and Kreuz Market and Smitty’s in Lockhart. Each fall barbecue fanatics can get around the serious dilemma of where to go by attending the Texas Monthly BBQ Festival, the Super Bowl of barbecue competitions. You are the real winner, because attendees get to sample meat from the state’s best barbecue joints without ever setting foot in a car.

But, if there was one story in Austin that dominated all things in 2012, it was the inauguration of the Circuit of the Americas, a state-of-the-art facility that hosts the most prestigious racing events in the world, including the Formula 1 United States Grand Prix each fall.

Lake Austin plays a big role in the Austin art world, too. The Austin Museum of Art has two locations. The original is in a 1916 Italianate villa sited on 12 acres over-looking the lake and is worth a visit — it’s on the National Historic Register. But the downtown location, AMOA Arthouse, is where you’ll see exhibits. Artists featured often have a Texas connection and the shows, such as Nick Cave’s assemblage sculptures of found materials, are edgy.

On the University of Texas campus, the Blanton Museum of Art is an impressive collection of art that ranges from ancient to European paintings to Modern art. The biggest treasure in this trove is the Suida-Manning Collection, more than 700 works by Poussin, Veronese, Rubens, Tiepolo, Boucher, Correggio and other artists of the 14th to 18th centuries.

Four other galleries are within walking distance of each other on W. 6th St. You’ll see works by Texas artists at Wally Workman Gallery that range from Will Klemm’s dreamlike landscapes to Angie Renfro’s interpretations of the overlooked in the stark Texas landscape. Stephen L. Clark Gallery specializes in fine art photography and represents Kate Breakey, whose Small Deaths images of richly colored dead and decaying birds have become iconic. Clarke also represents William D. Wittliff, who wrote the screenplay for Lonesome Dove, but took photographs of the miniseries as it was filmed.

Just down the street at the Russell Collection, you can pick up a Rembrandt etching or a little something by Salvador Dali; works by the late local sculptor Charles Umlauf can be found here, including his head study of Farrah Fawcett. If there’s one art form that’s identifiable with Texas, it’s the bluebonnet painting. The cliché versions are everywhere, but you can find good ones at Capital Fine Art, which also has access to mid-century Texas Modernist paintings.

Now that you’ve run around Lady Bird Lake, listened to music, viewed great art and chowed down on beef ribs, you might be looking for a place to take a breather. You’ll be in the lap of luxury at the Four Seasons. The Austin outpost is located to take advantage of the central business district as well as Lady Bird Lake and the hike-and-bike trail. The hotel also overlooks the bridge where the world’s largest population of Mexican free-tail bats reside — view their graceful exodus nightly while dining on the terrace outside the hotel’s award-winning restaurant, Trio.

At the upper end of the lake, Lake Austin Spa and Resort is a 15-minute drive west of town. The first thing you need to know about this serene 20-acre, 40-room resort is that it is the only destination spa in the world to be named to Condé Nast Traveler’s Platinum Circle. This lakeside compound rewards guests with the services of a first-class spa and a chef who prepares fresh cuisine from the resort’s organic gardens. The spa is open to the public and it’s fun to make a day of it. But the resort will always beckon with its vacation packages, three meals daily, fitness activities and three pools.

The W Hotel, a 37-story high-rise in the middle of Austin’s artsy Second Street District and next door to the Austin City Limits Live studio, opened in 2010. There’s always great people-watching: Either the guests who like the Living Room Lounge, with its collection of 8,000 albums, or the performers hanging around after a show. Locals such as Alejandro Escovedo and Willie Nelson sing here, and so do Diana Krall and Tony Bennett. Rooms are stylishly decorated in Boho-Austin style — a little Moroccan pouf to set your feet up awaits next to a red velvet sectional and pert robin’s egg blue pillows. These soothing amenities will come in handy, too, because tomorrow offers another excuse to have a good time in a city that’s always full of fun. 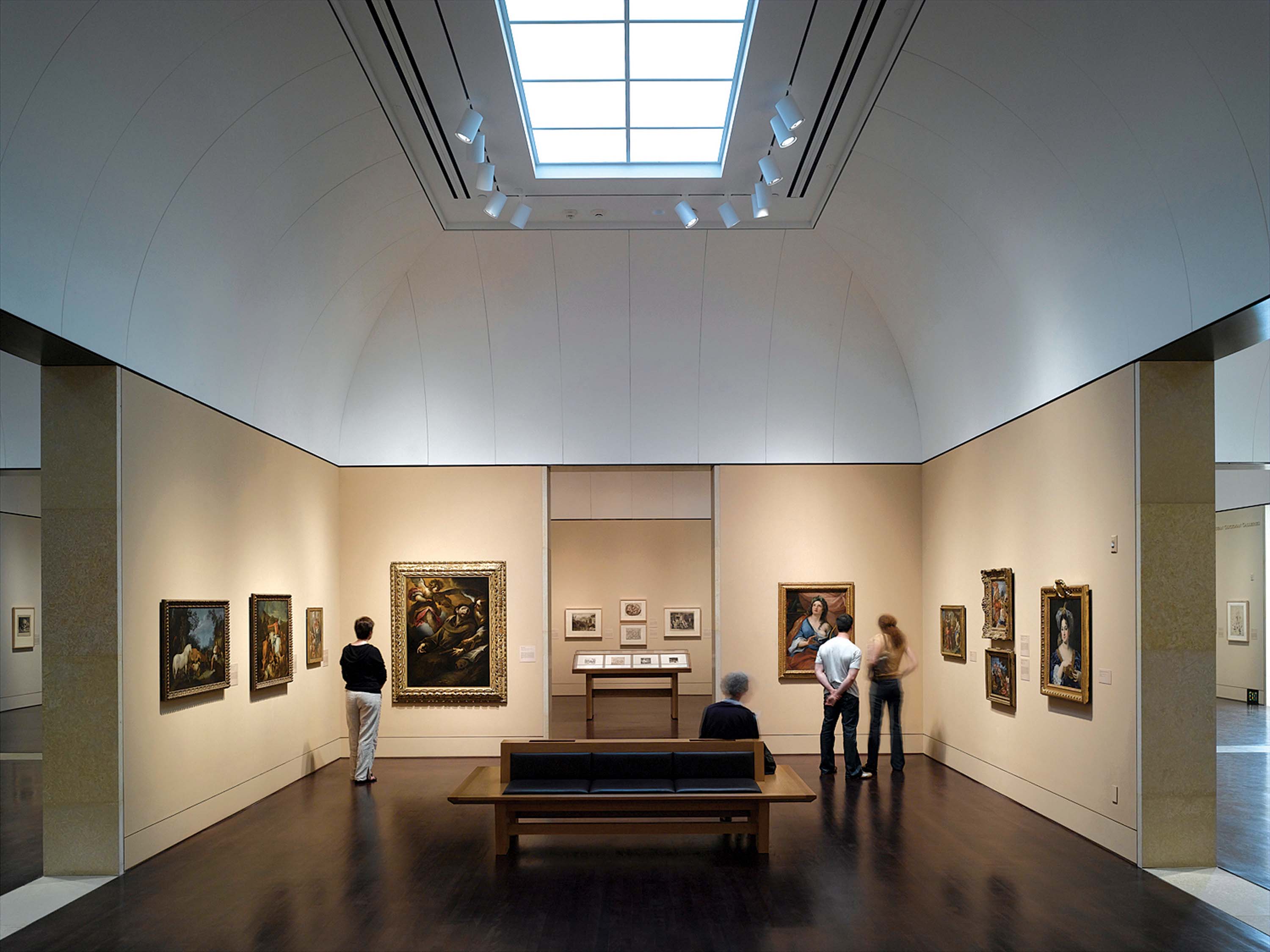 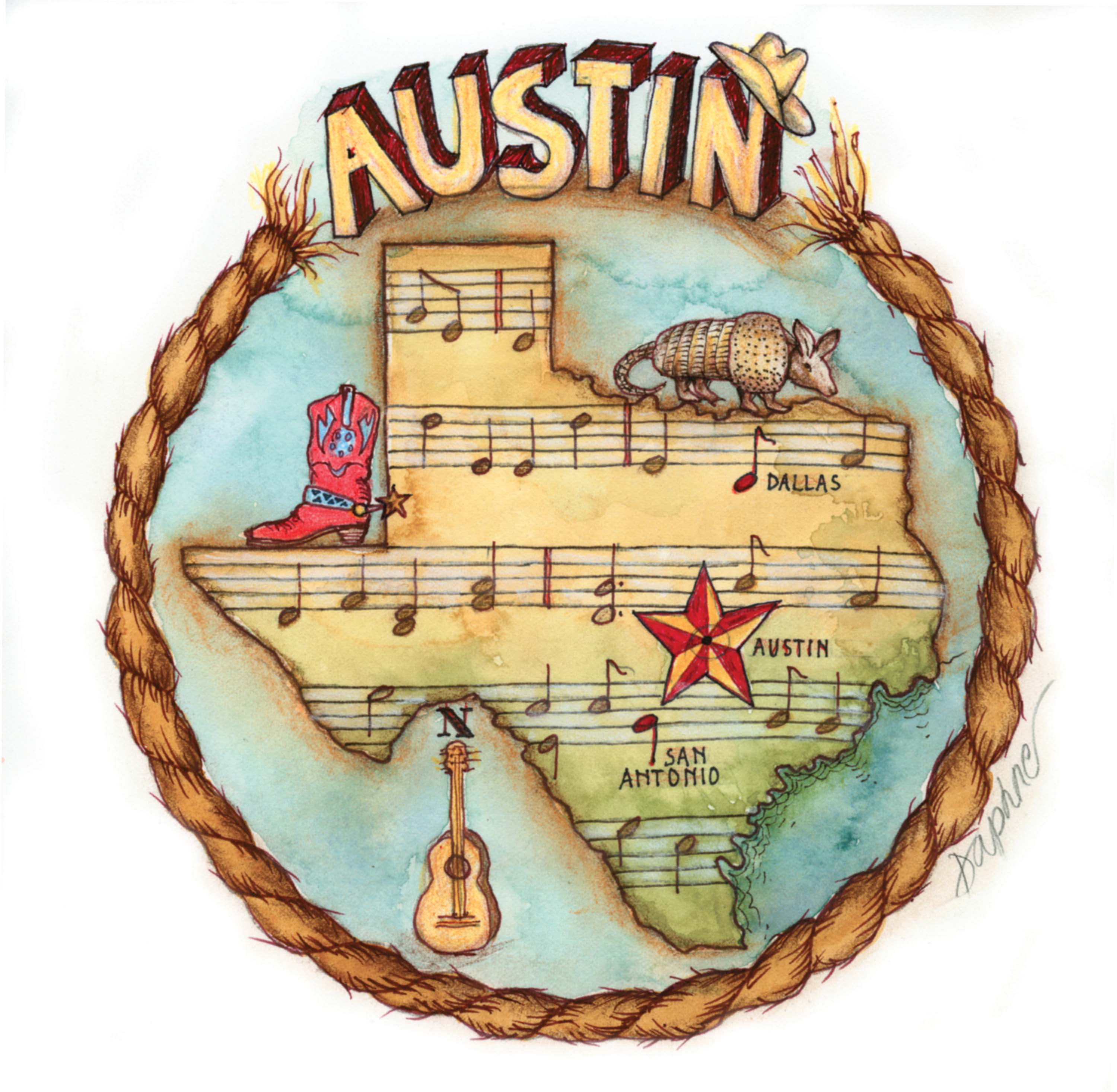 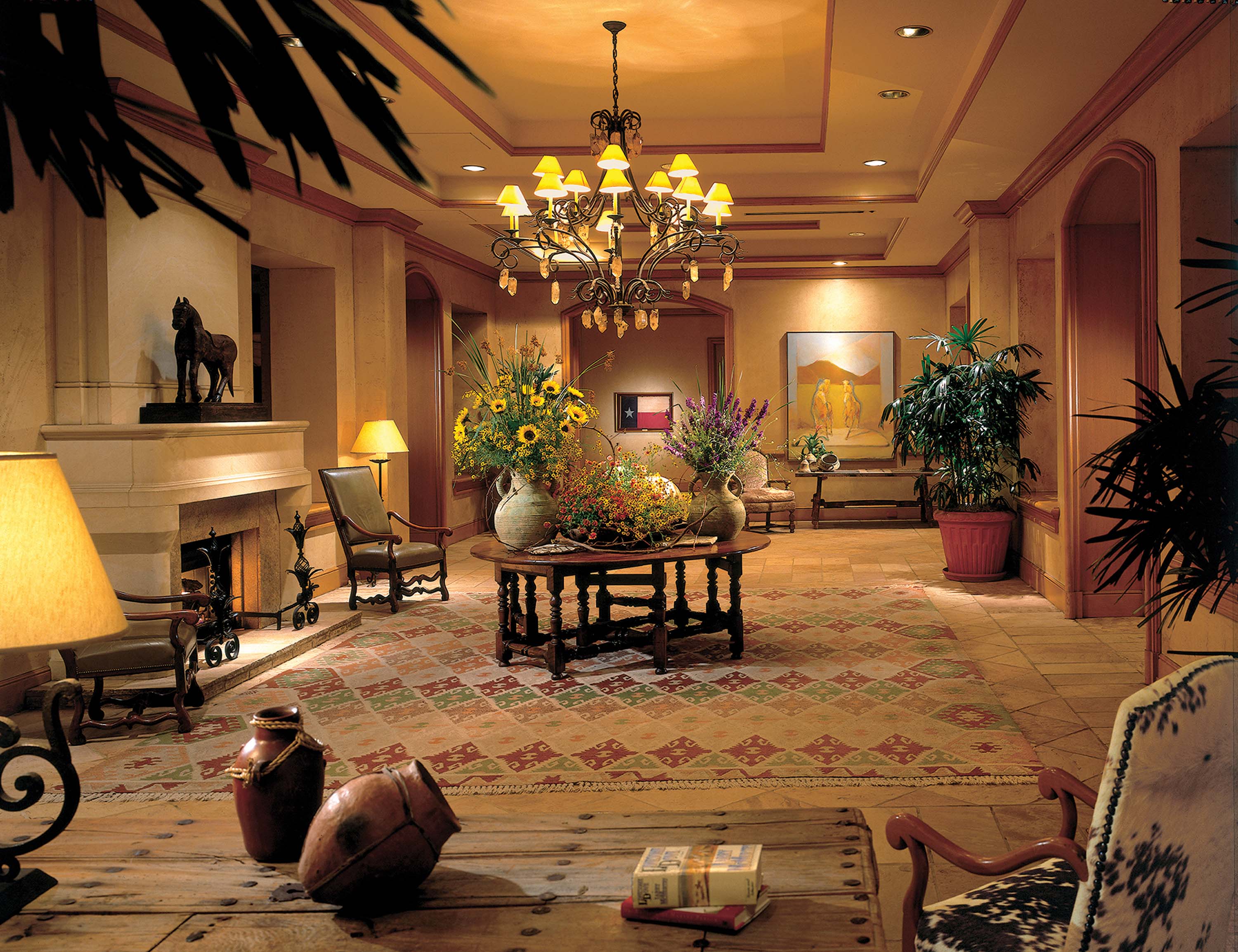 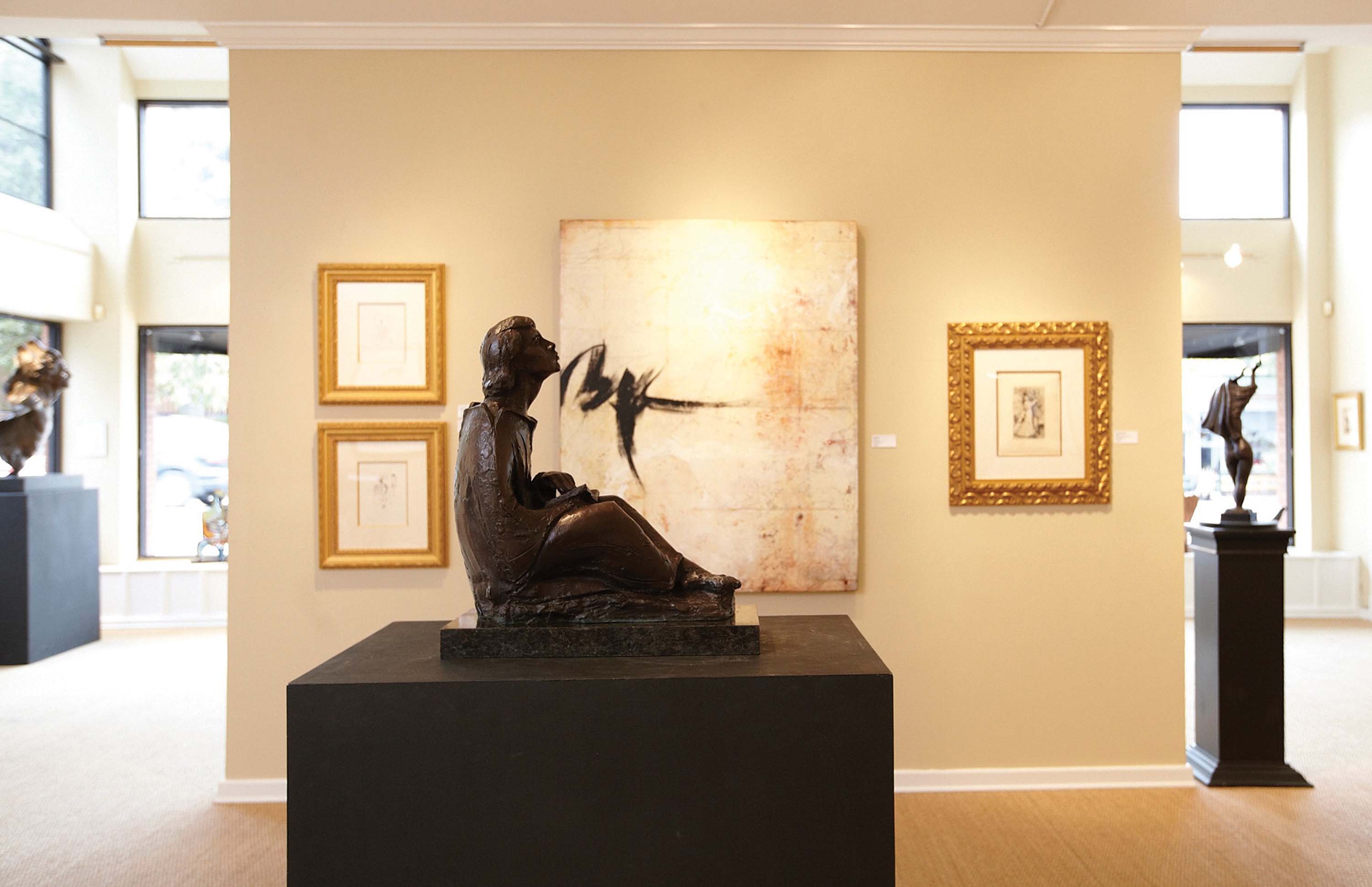 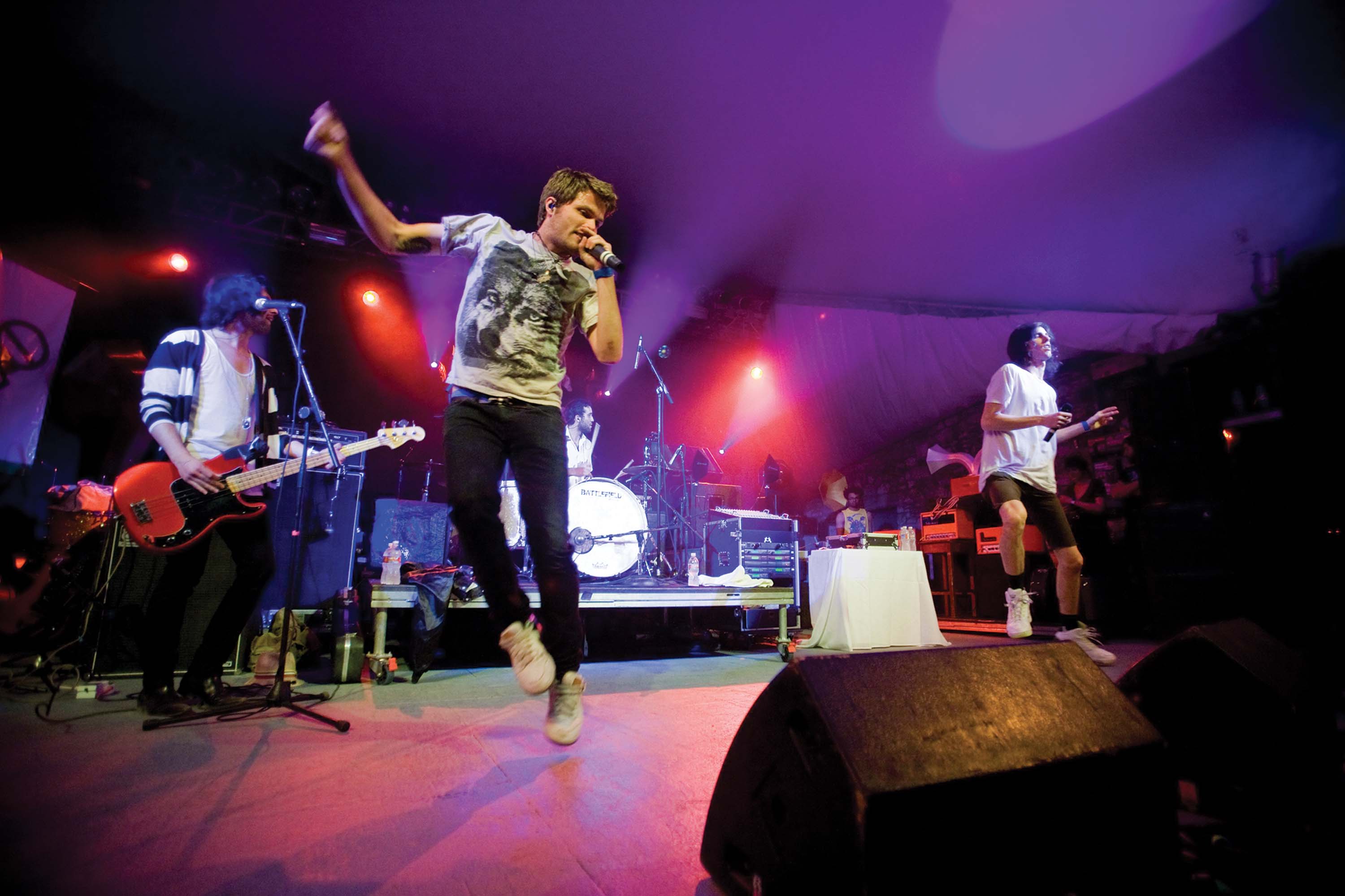 SxSW is one of the nation’s largest music festivals with over 12,000 groups performing all over downtown Austin every March. 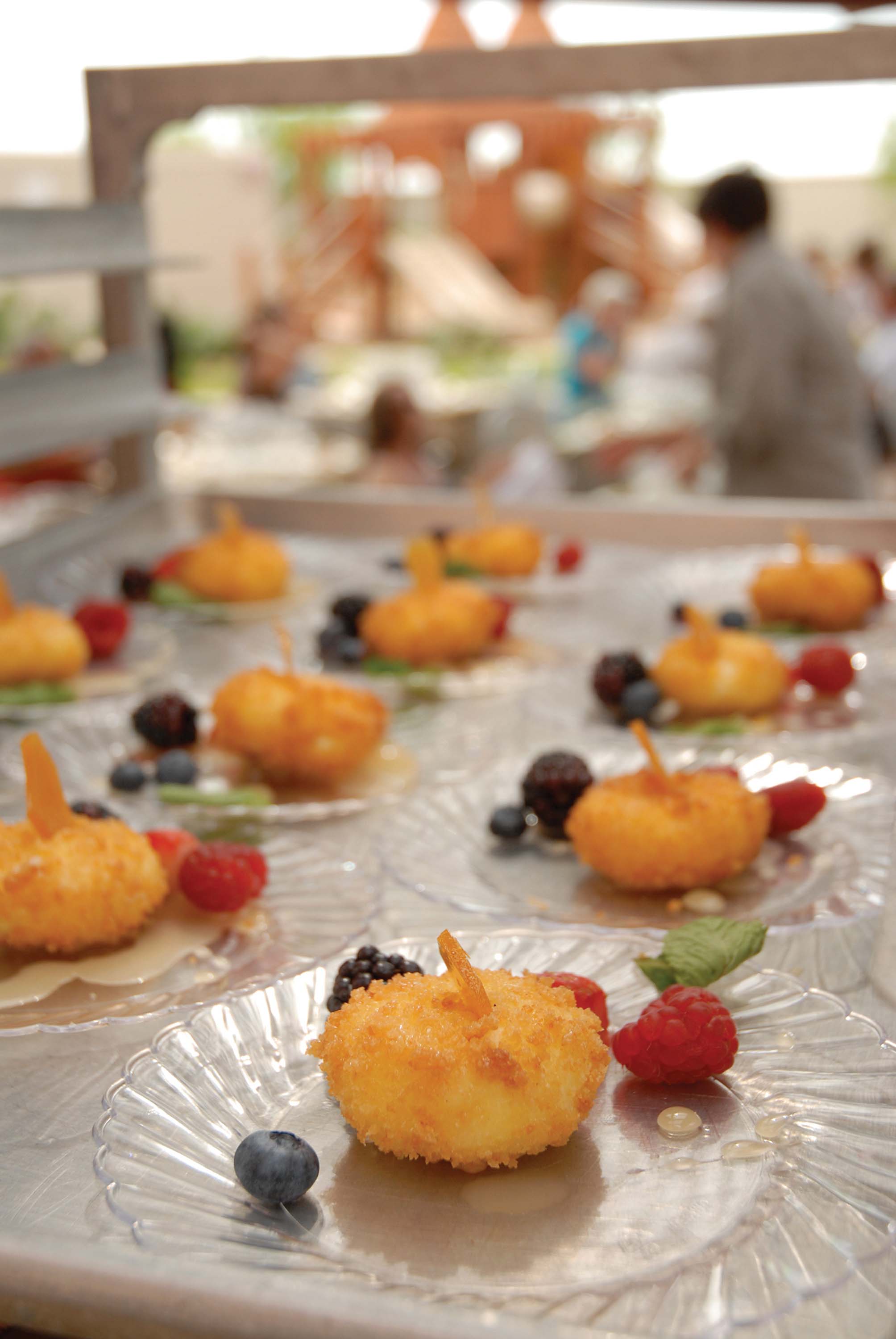 Austin’s restaurant scene thrives, and the options are many, from gourmet to barbecue to the popular food trailers located on S. Congress Ave and also on S. 1st St. 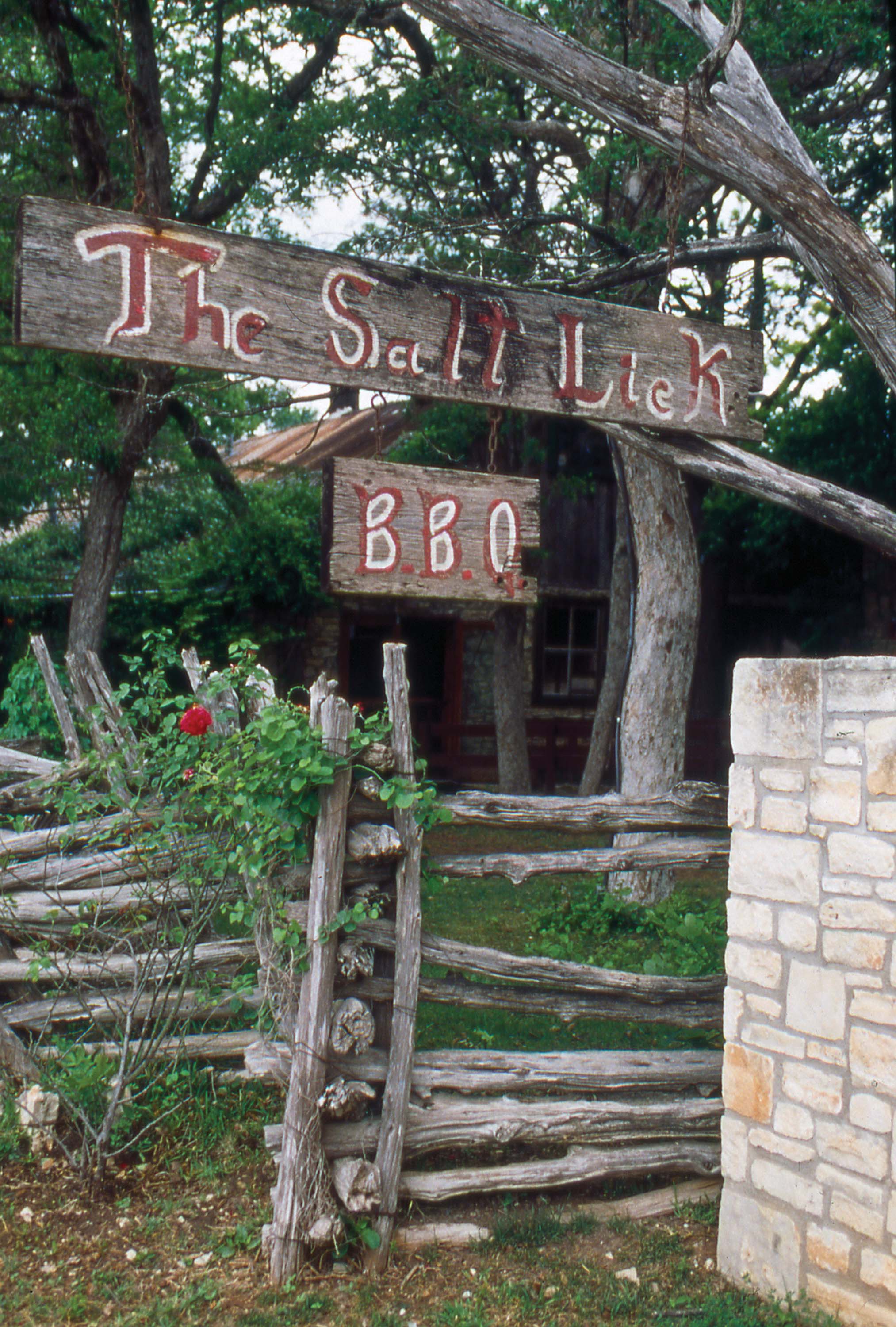 The rustic atmosphere at the Salt Lick will whet your appetite for brisket, sausage and pork ribs. Photos courtesy of Austin Convention and Visitors Bureau 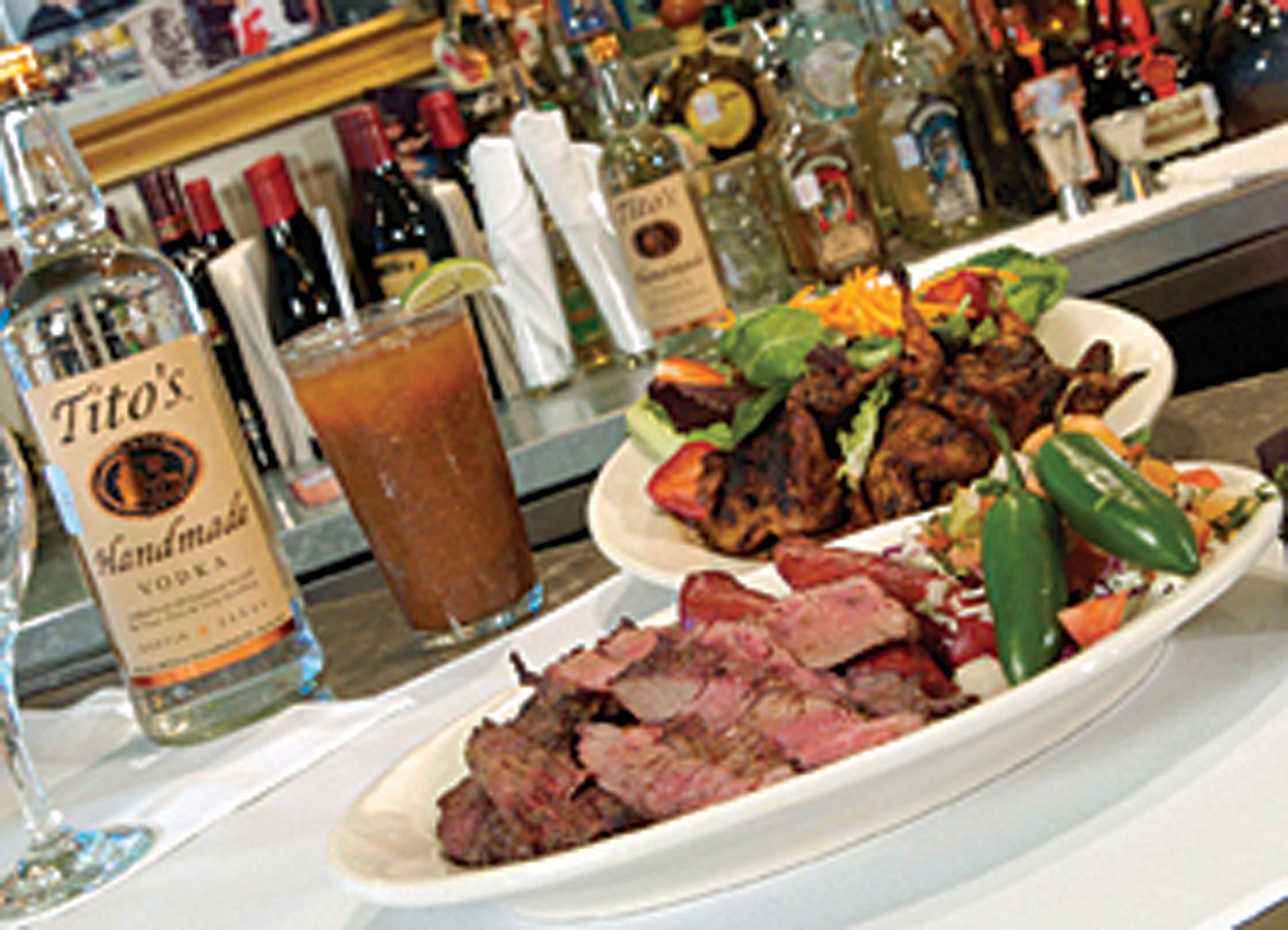 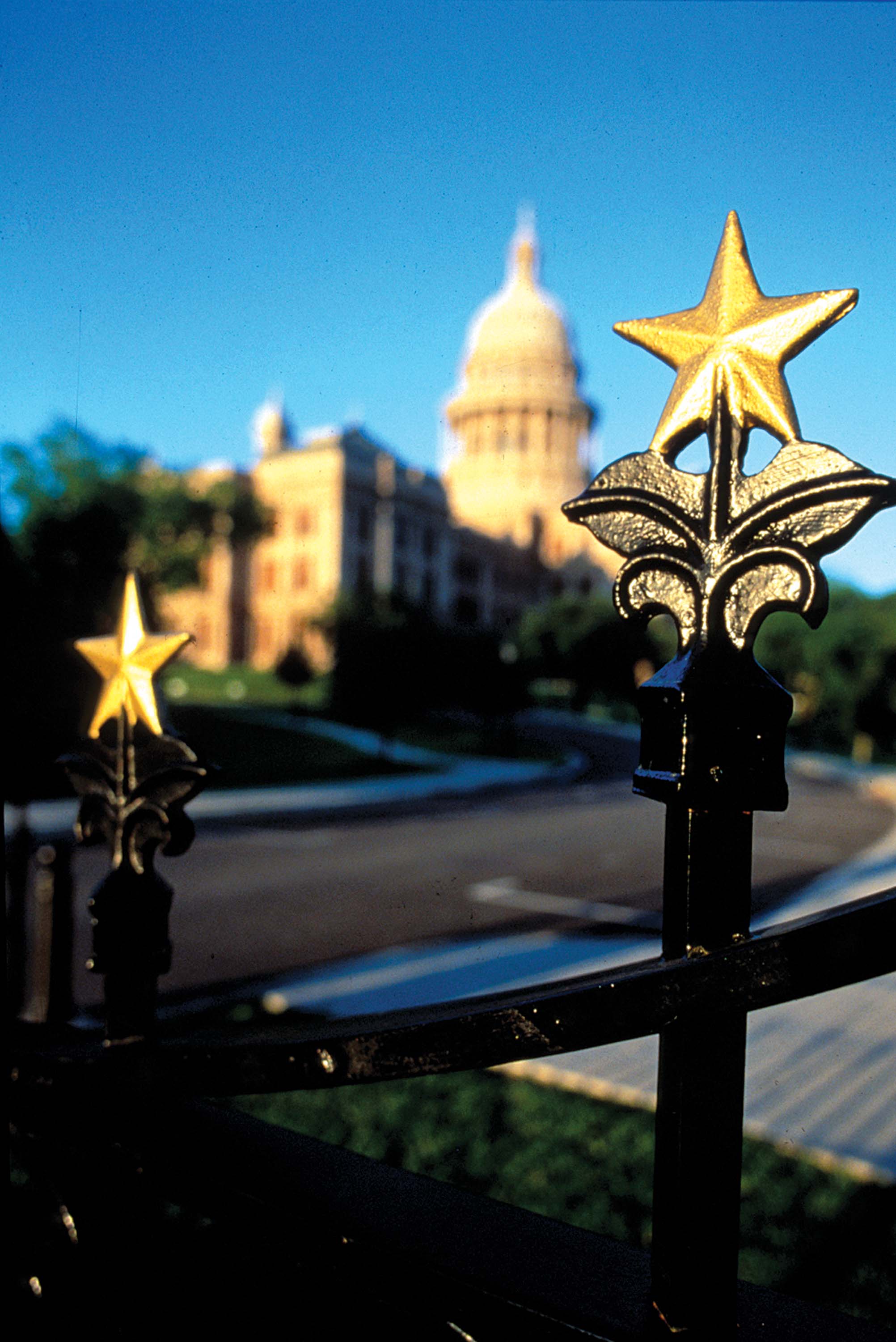 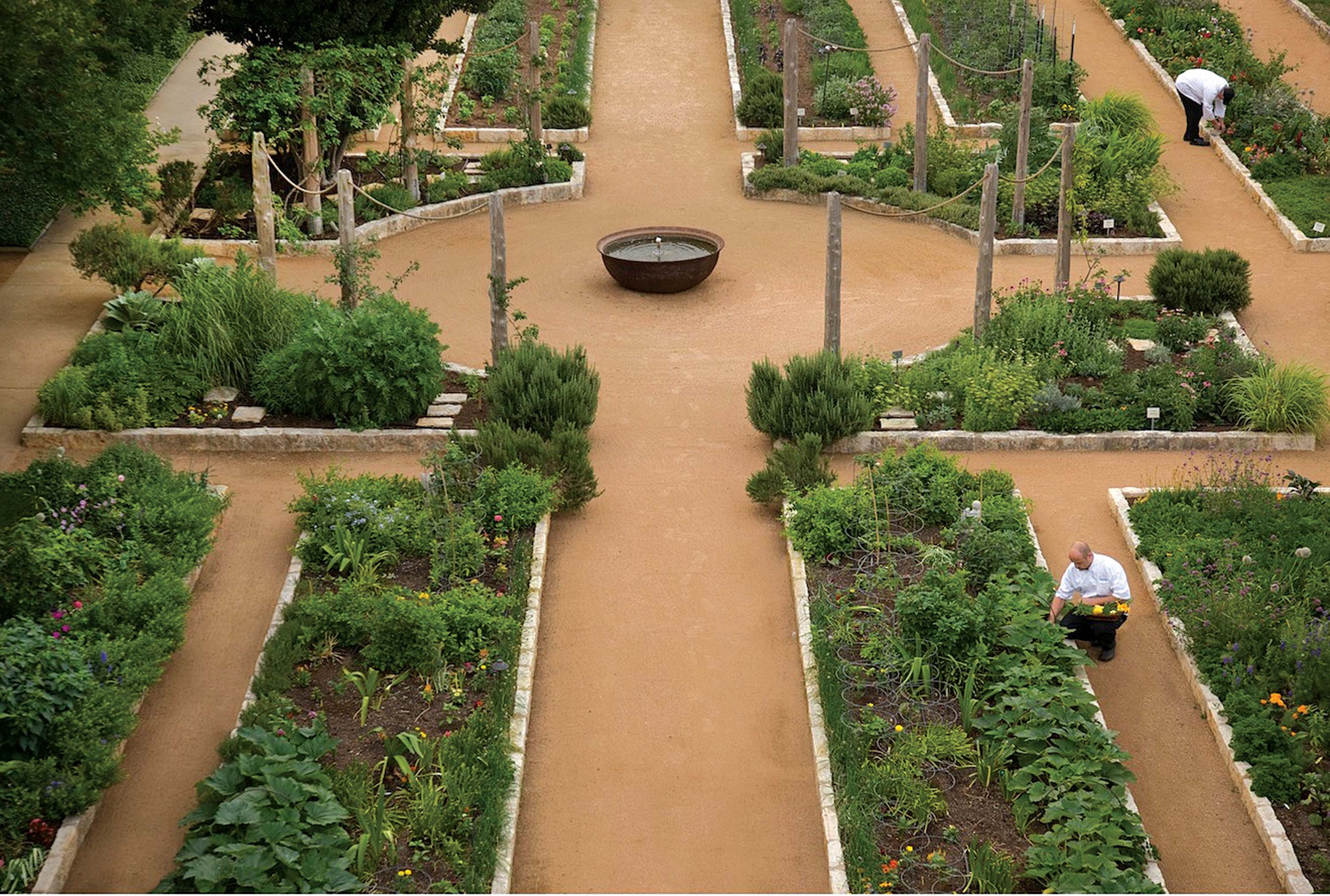 At Lake Austin Spa, guests are treated to organic food grown in the resort’s own gardens. 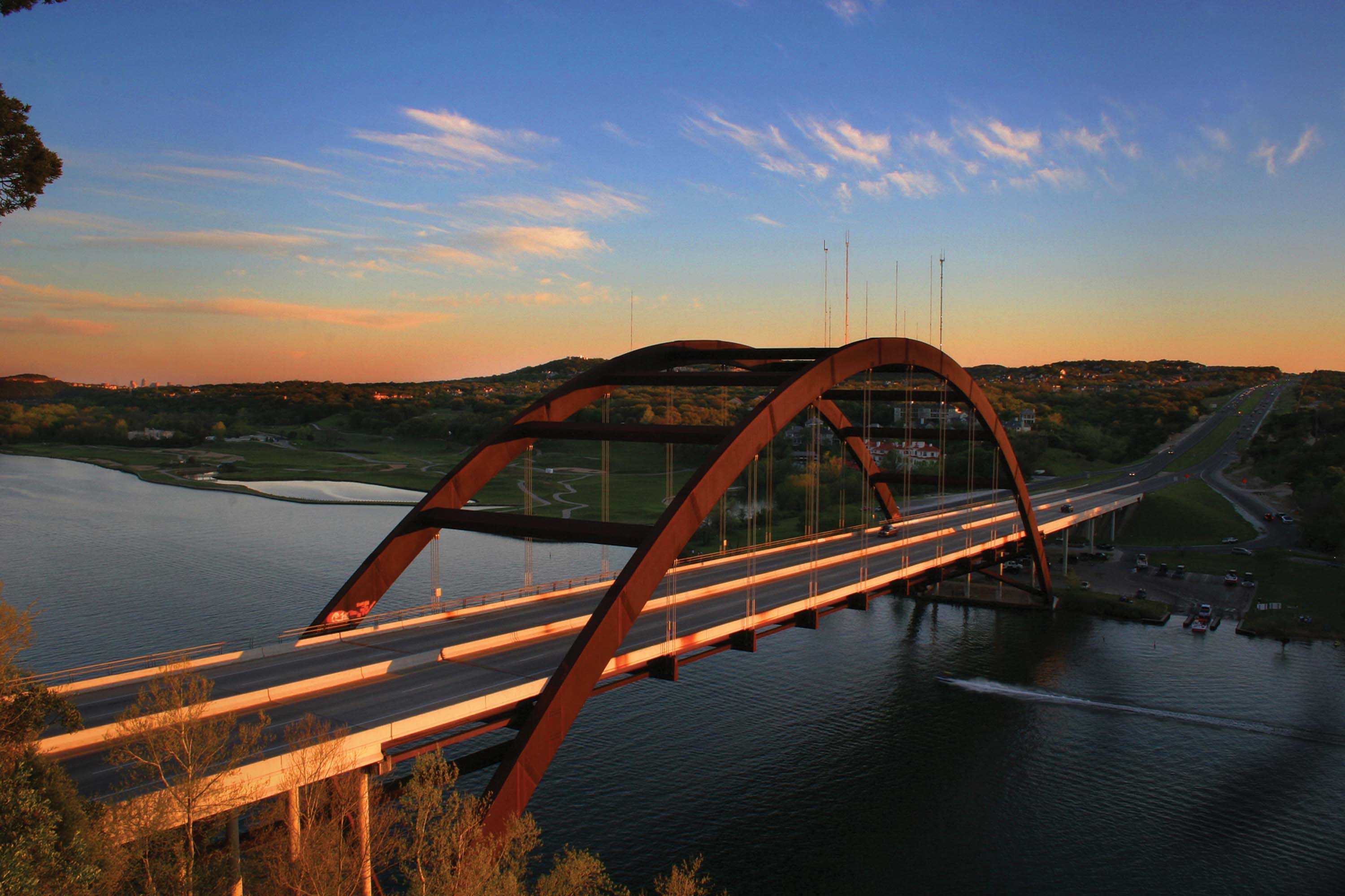 The iconic Pennybacker Bridge spans Lake Austin and connects the north and south sections of the scenic Capital of Texas Highway.