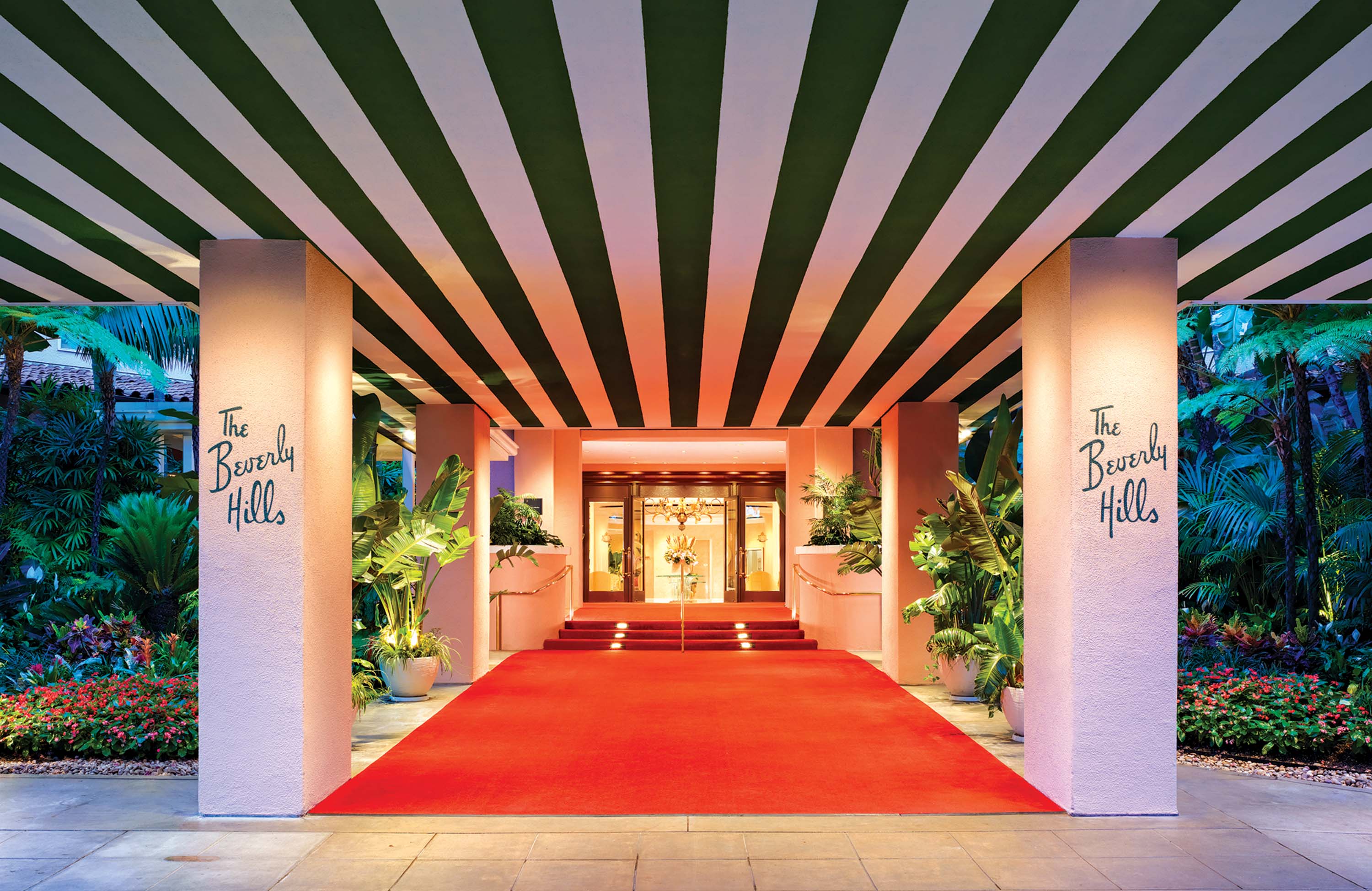 At the Beverly Hills Hotel, the red carpet is for everyone. For 100-plus years, guests have stayed on these world-famous 12 acres in one of the country’s rarefied zip codes: 90210.

Known as the city of parties — and even better after – parties — Beverly Hills celebrated its 100th anniversary in 2014, all year long.

Just north of Los Angeles, Beverly Hills connotes celebrity – chef restaurants, shopping, salons, on – the – cusp art galleries and destination hotels, but the city of 35,000 has never focused on growth at the expense of its rich diverse traditions of Native Americans, oilmen, socialites, movie stars and cultural sites.

At landmark Santa Monica and Wilshire boulevards, for example, in Beverly Gardens Park, you can enjoy the multicolor Electric Fountain, with a pinnacle sculpture of a praying member of the Tongva, a Native American tribe that occupied the area before the Spanish arrived in 1781.

Nearby is Tudor Revival – style Greystone Mansion, the former home of the Doheny oil family, now a city park. Also open for scheduled tours is one of the first Beverly Hills mansions, Virginia Robinson Gardens.

“With its village – like atmosphere, Beverly Hills has everything close, from spas and salons and exceptional art and architecture,” says Julie Wagner, chief executive officer of the Beverly Hills Conference and Visitors Bureau. “The result is exceptional walkability.”

Start at some of the elegant hotels, which have long been central to a city always at home with publicity.

The city’s hospitality grande dame, The Beverly Hills Hotel and Bungalows, was built in 1912, also serving the community in its early years as a theater and meeting place.

At landmark Sunset Boulevard, the hotel — known as the “Pink Palace” for its exterior color — features 208 guestrooms and suites, plus 23 bungalows, including the four – bedroom Number 5 with its private pool. In addition, there are two presidential bungalows. Past guests include Marilyn Monroe, Howard Hughes, Elizabeth Taylor and six of her husbands.

As the first historical landmark in Beverly Hills, the Mission Revival – style hotel reopened in June 1995, following a two – and – half – year, $100 – million renovation. Nevertheless, the landmark retains its Art Deco, 1940s, vintage Hollywood glamour, with details such as a Venetian glass chandelier, gold – leaf ceiling, banana palms and a grand staircase.

Although organized tours of the Beverly Hills Hotel and other highline properties are not planned, guests can request private tours in advance. The Pink Palace is the ideal spot to make such a request, as the hotel historian is the great – grandson of the original owner.

Another must – stop – and – stay is The Beverly Hilton, which opened August 12, 1955, with a lavish event hosted by hotelier Conrad Hilton. Guests included Esther Williams, the great swimmer, who stroked gracefully through gardenias in the Aqua Star Pool, still the city’s largest.

Built by Del E. Webb, the 569 – room hotel celebrates the Mid – century Modern style of the distinguished Los Angeles architect, Welton Becket. Part of the original lobby, a 500 – pound starburst — a symbol of peace and freedom by artist Bernard Rosenthal — is now displayed in the Oasis Courtyard.

The Beverly Wilshire, a Four Seasons Hotel, debuted in 1928 as the Beverly Wilshire Apartment Hotel and has opened its doors since to an extensive roster of A – listers. Female fans sent notes in balloons up to the rooms where Elvis Presley stayed while making movies, and the mail kept coming up to Warren Beatty’s veranda suite even after he moved out in the 1970s.

The Italian Renaissance – style hotel was built on the site of the Beverly Auto Speedway, where Model T Ford races and picnics were held on Sunday afternoons to the delight of some of the city’s then 1,000 residents in the early decades of the 20th century.

While only four – cylinder memories of that track remain, you can still enjoy El Camino Real, the hotel’s cobblestone driveway lined with 38 gaslight lanterns imported from an Edinburgh castle and covered by a domed porte – cochére. Among many other attractions, the pool was inspired by the one at Sophia Loren’s villa in Italy.

A number of Beverly Hills’ excellent restaurants can be found within the hallowed halls of the city’s famous hotels. At the Beverly Wilshire, Wolfgang Puck’s CUT steakhouse opened in June 2006. In addition to culinary excellence, it features design by famed architect Richard Meier, who also designed the silverware. Charles Eames designed the swivel chairs.

In The Beverly Hills Hotel, the longtime Polo Lounge is famous for its food, ambiance and the blockbuster deals that have been sealed here. And a AAA Five Diamond restaurant for an extraordinary 19 years, The Belvedere, in the Peninsula Beverly Hills hotel, is worth a well – heeled visit. Atop the hotel, The Roof Garden, is also delightful.

Of course, unparalleled Rodeo Drive celebrates the one – percenter dream lifestyle, with 100 – plus distinguished retailers, including jewelers and designers.

“Rodeo Drive has the most concentrated collection of luxury brands in a three – block radius anywhere in the world,” says Mark Tronstein, president of the Rodeo Drive Committee. “The street offers an unparalleled atmosphere, including numerous flagship stores and creates one of the most legendary shopping experiences for both residents and visitors alike.”

“The shopping experience of a lifetime” can be had at The Golden Triangle, with Rodeo Drive running through the center, bordered by Santa Monica and Wilshire boulevards. Other destination shopping areas include North Beverly Drive, with newbies Iro, Sandro, Maje as well as fashion fixtures. And Wilshire Boulevard, aka Department Store Row, is where to find Barney’s New York, Saks Fifth Avenue and Neiman Marcus.

If you don’t drop after that shop, make sure you visit The Paley Center for Media, formerly The Museum of Television & Radio, the world’s finest public archive of television and radio programming.

Also, book an event at the recently opened Wallis Annenberg Center for the Performing Arts, which fuses the new structure behind the city’s historic post office, now the gorgeous lobby, with all original marble and frescoes in place.

In the background is The Beverly Hills City Hall, built in 1932 to architect William Gage’s design. The Spanish Renaissance – style landmark rises from a classical base, symbolizing government, to the eight – story tower, representing commerce. Its tiled dome, gilded cupola, marble walls and terrazzo floors have all been beautifully restored.

“Beverly Hills is a treasure for anyone who loves art or architecture. We have hundreds of buildings, both residential and commercial, designed by master architects. We have fantastic public art in our public parks and in the business triangle,” says Beverly Hills Mayor Lili Bosse. “We now have 23 sites on our local register of historic sites, which will be preserved for generations.”

The award plaque on Rodeo Drive honors fashion photographer Mario Testino, known in particular for his images of Princess Diana. The awards honor legends for contributions to the worlds of style and entertainment. 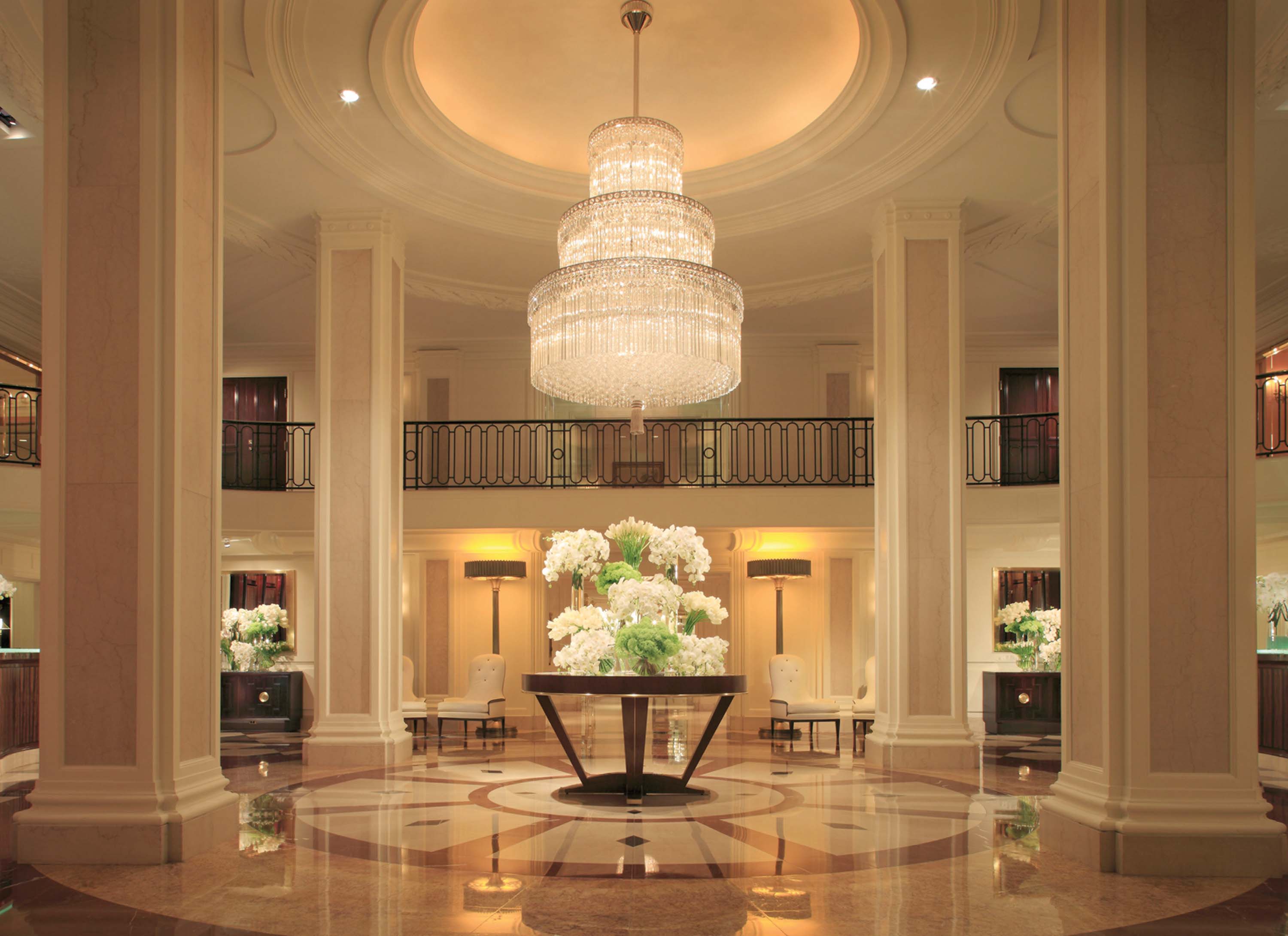 The Beverly Wilshire survived major earthquakes in 1933, 1971 and 1994, was designated an air raid shelter during World War II — and has welcomed the footsteps of many guests and admirers since its opening in 1928. 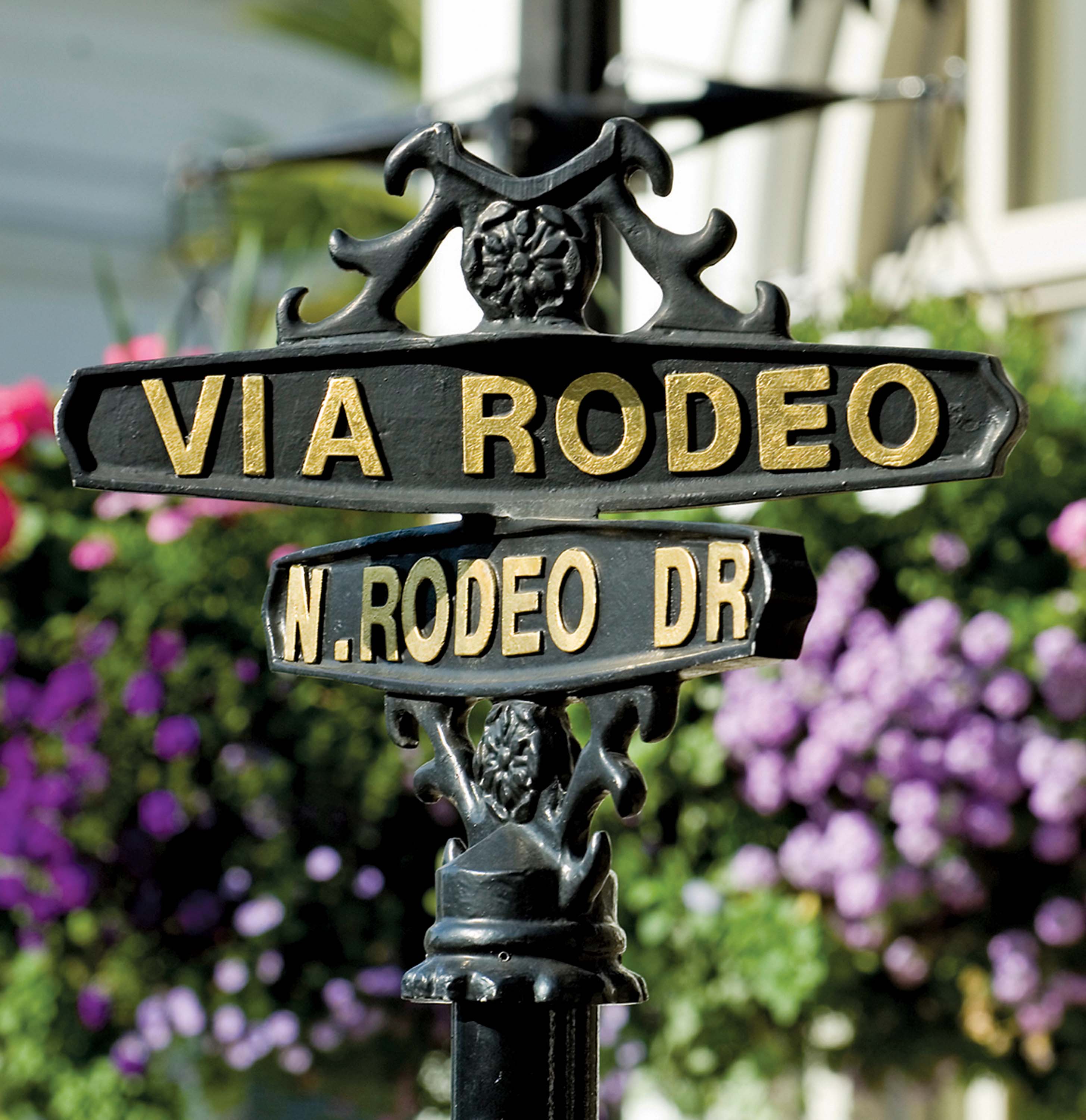 The famous Beverly Hills street is ‘the intersection of fashion and entertainment,’ with 100-plus distinguished merchants and restaurants such as Bulgari, Salvatore Ferragamo, Ralph Lauren and Prada. 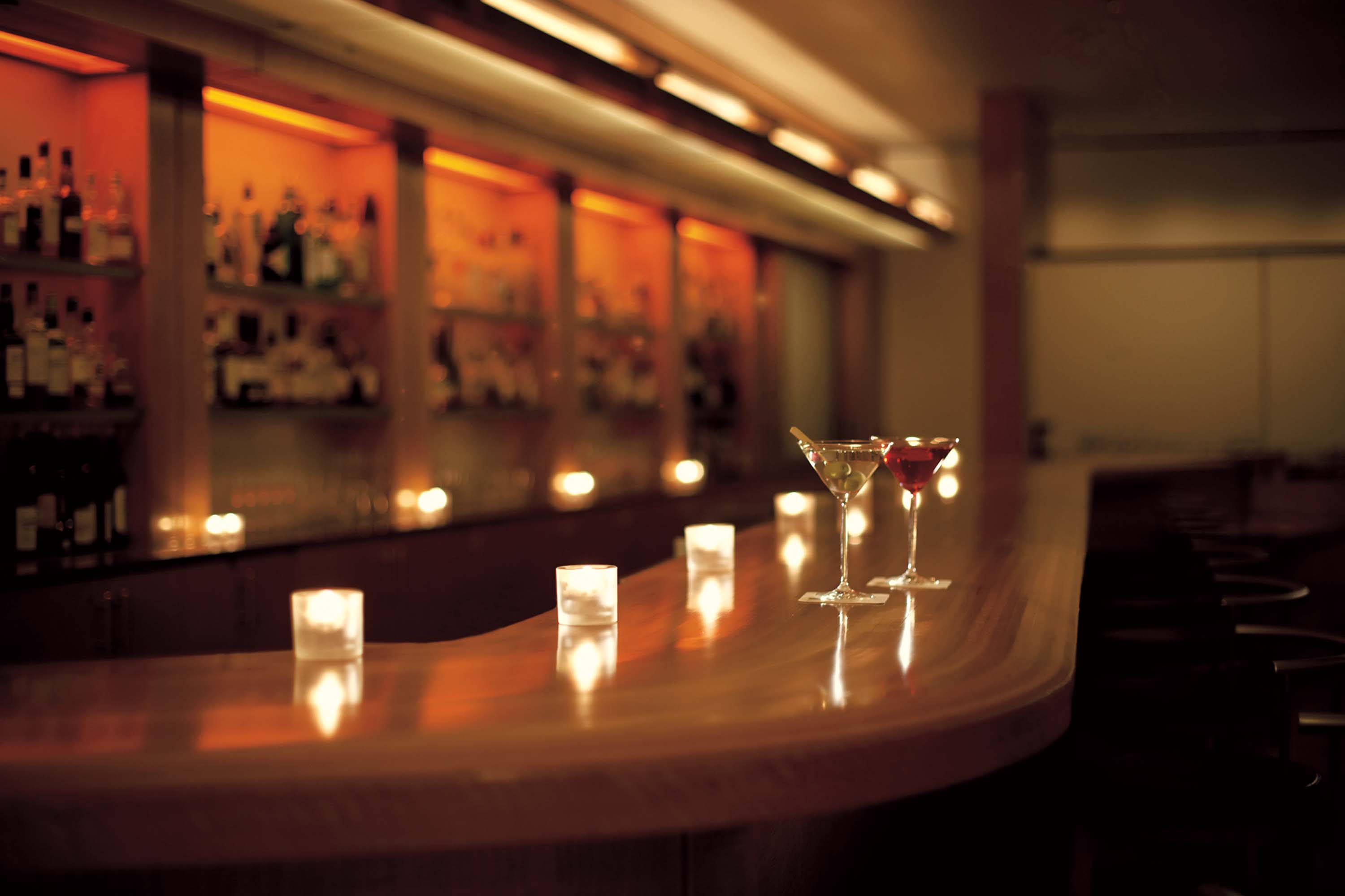 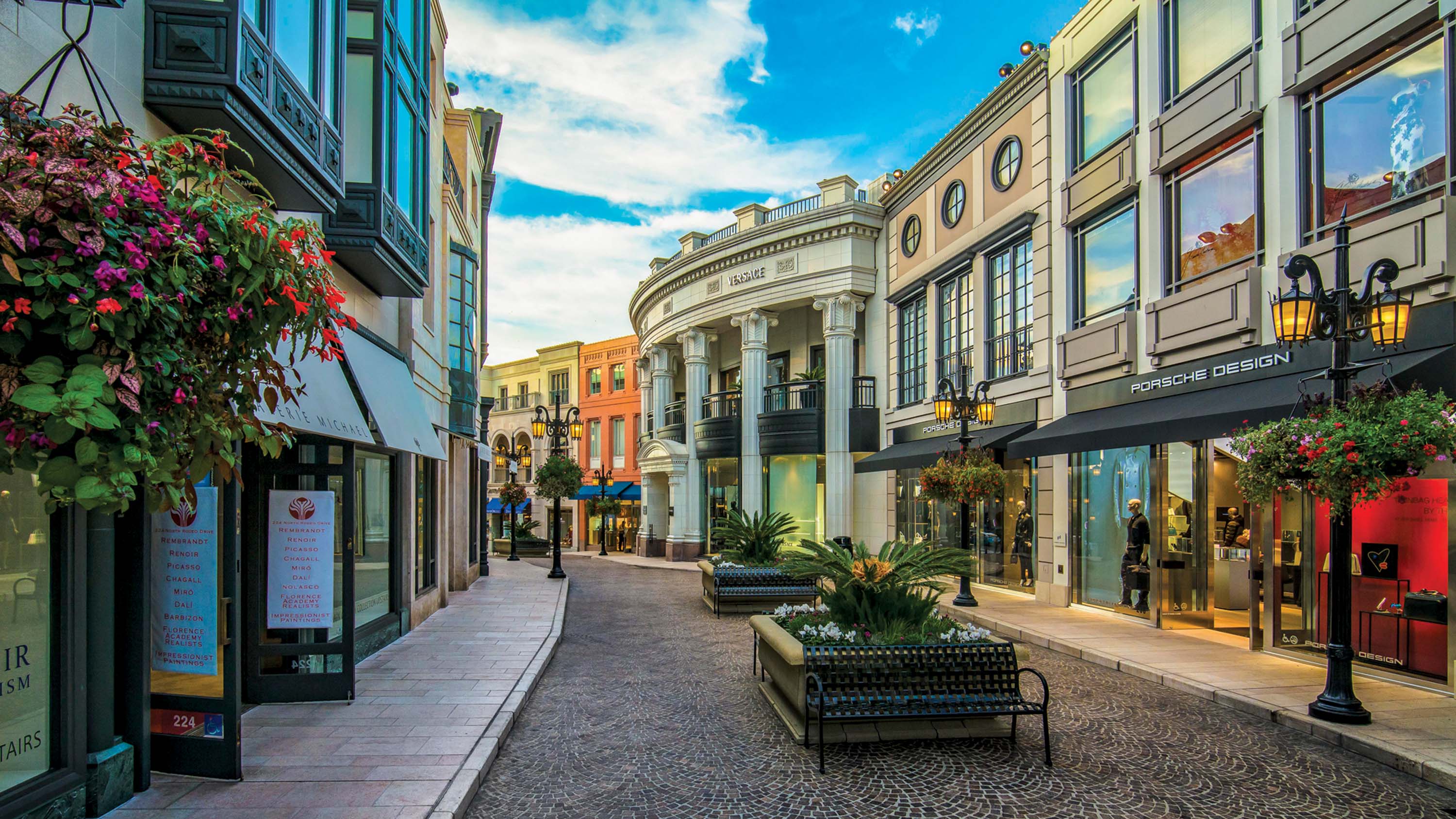 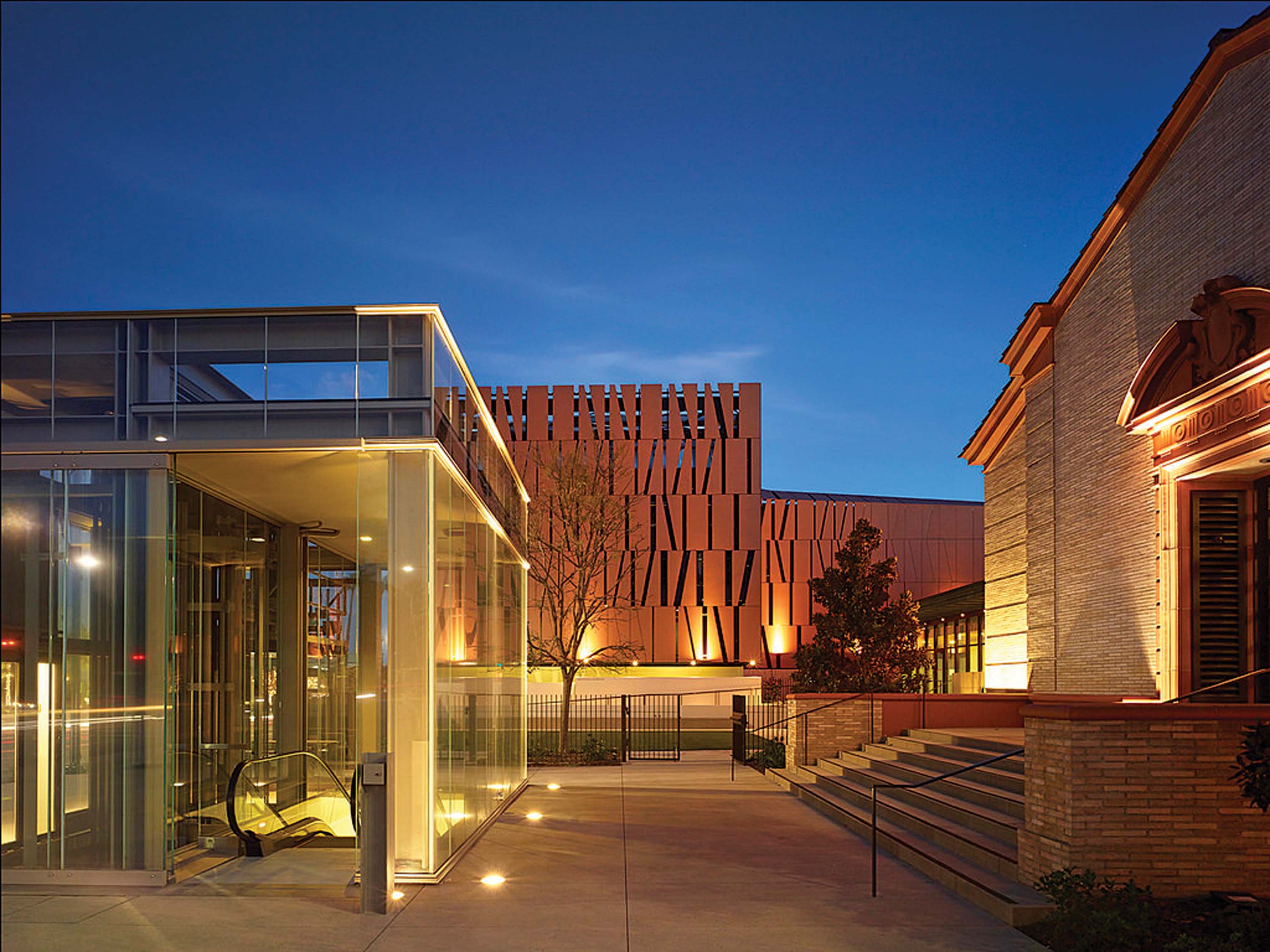 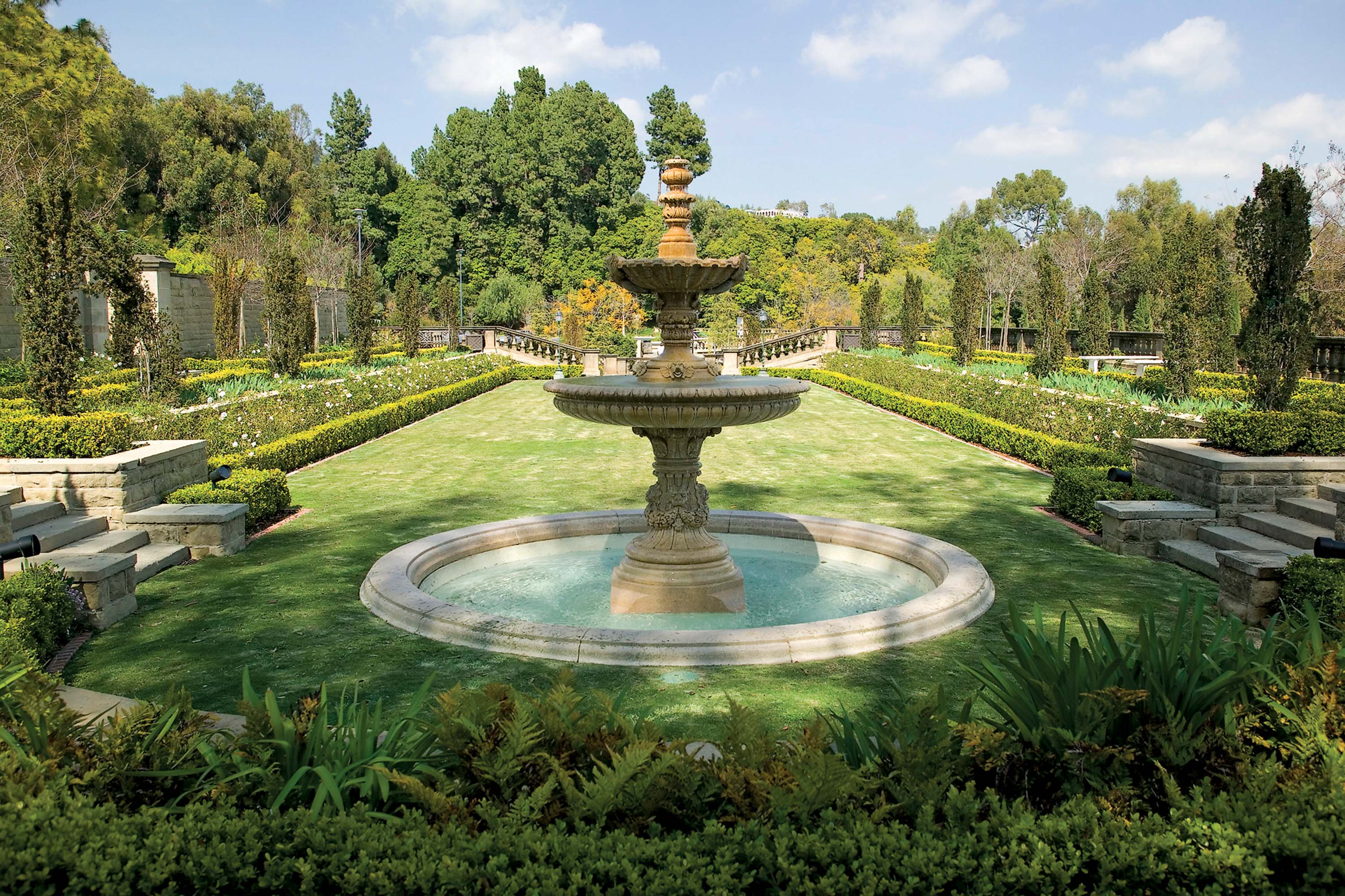 The tudor revival-style Greystone Mansion and Park was the home of the Doheny oil family and is now a city park and a venue for events such as the annual Concours d’elegance. 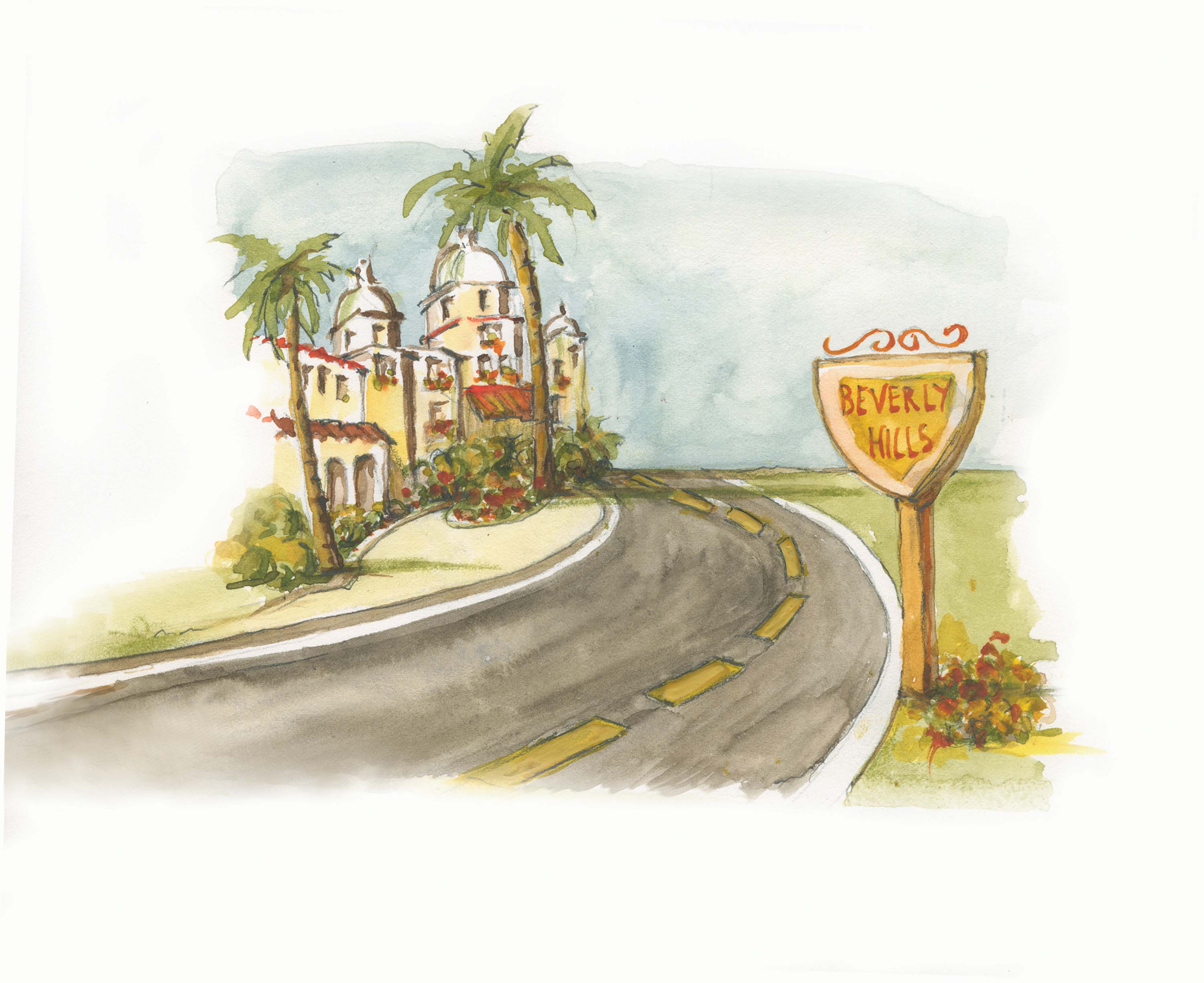 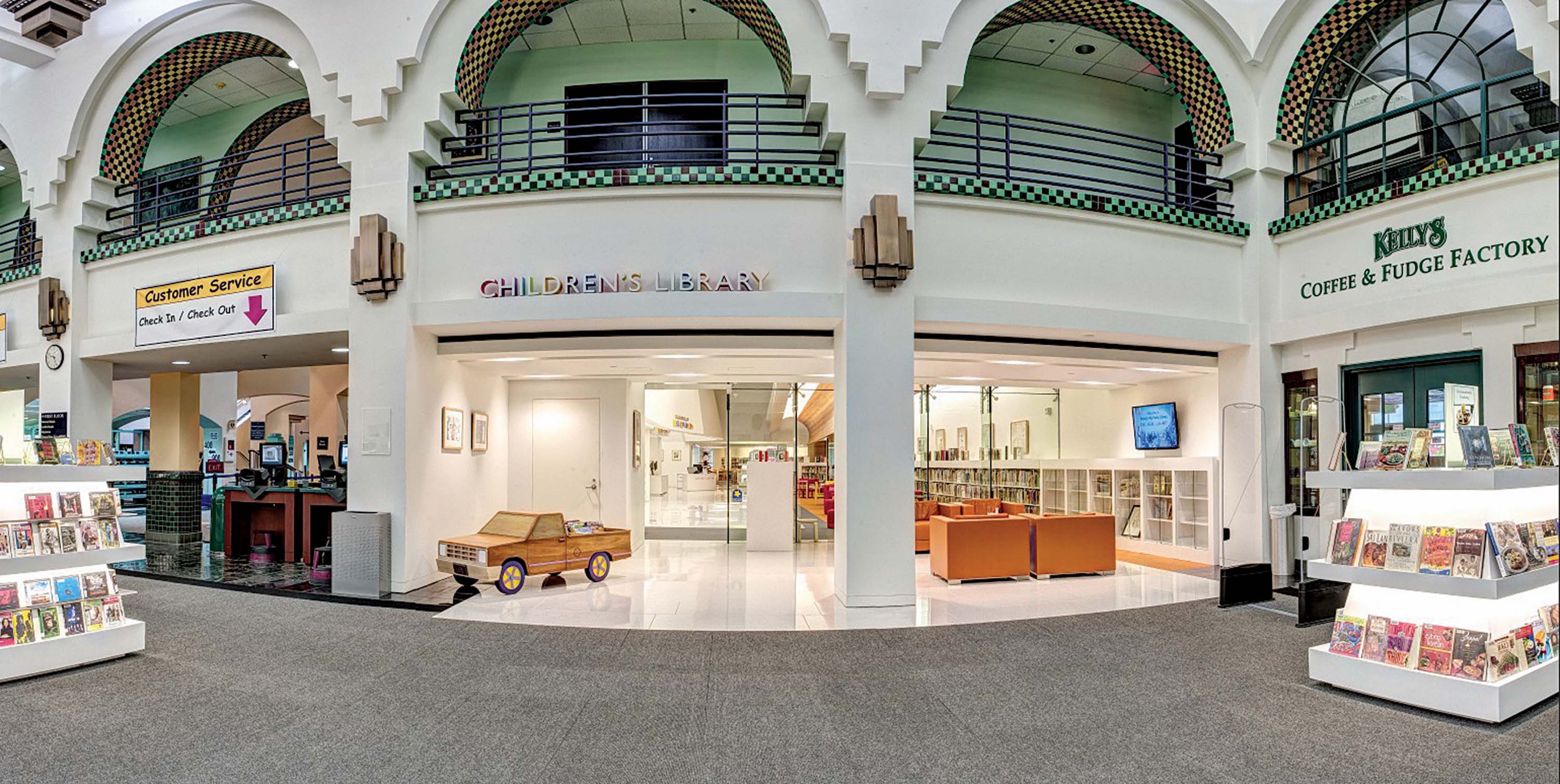 The Beverly Hills Public Library, established in 1929, has undergone various expansions and renovations in its 85-year history, including a 1965 relocation and a new building and renovation in 1990.