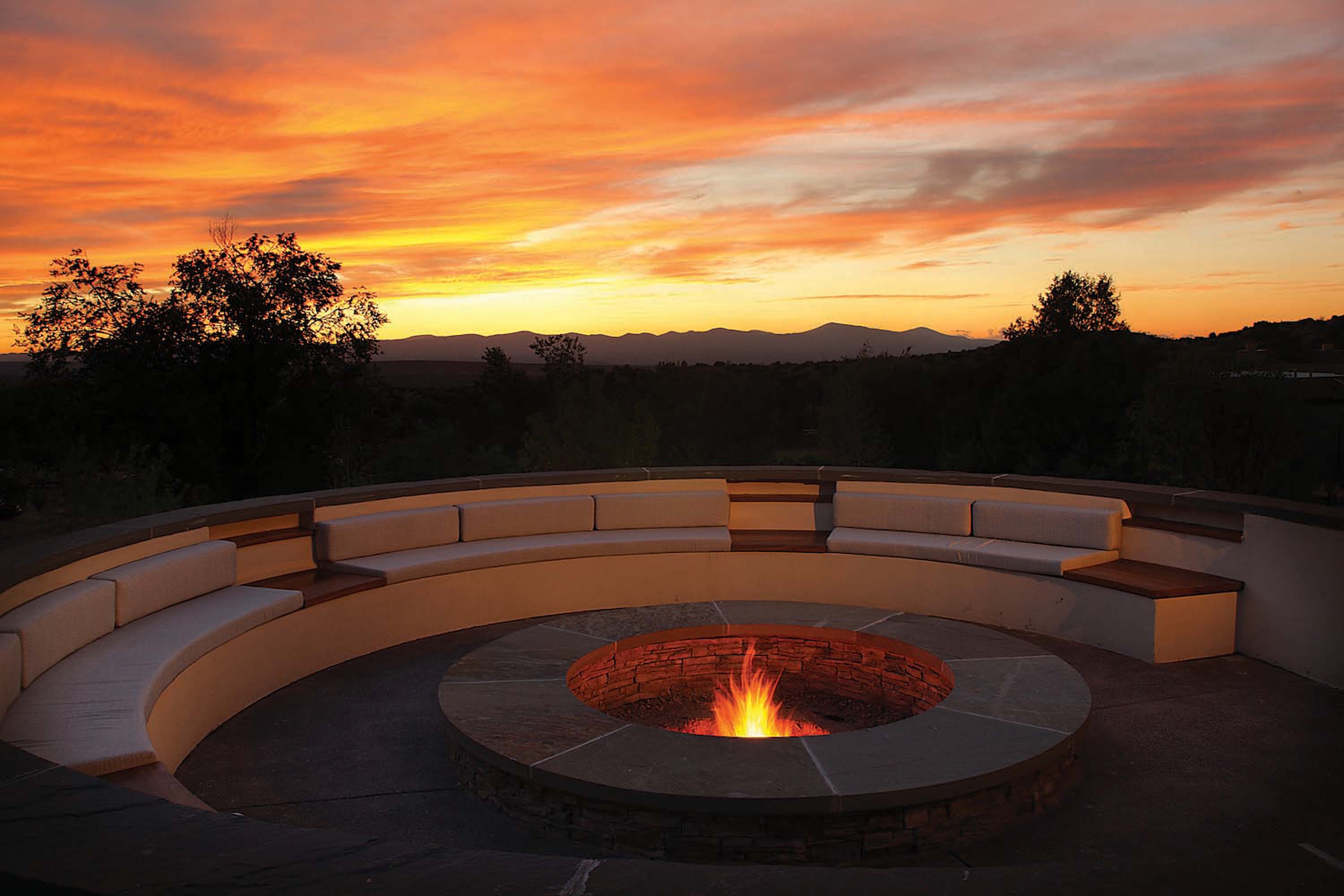 Watching the sunset has become a favorite activity of guests and locals alike.

It could be one of New Mexico’s best-kept secrets. Tucked into the Little Tesuque Valley just seven minutes from Santa Fe’s historic downtown Plaza, is Encantado, which earned the coveted Five Diamond Award from the American Automobile Association — the only property in New Mexico to do so, as well as membership in the Leading Hotels of the World.

Throughout its history, many have come and stayed, returning to be refreshed and renewed. “Santa Fe is a cultural mecca and spiritual epicenter, and with the views of the Sangre de Cristo Mountains and its unique setting in Tesuque, the resort’s location is truly breathtaking,” says Mark Harmon, principal and CEO of the management team of Auberge Resorts.

Dating back to the early 1900s, the property has attracted various owners throughout its history, including authors Barbara and Bill Hooton, who wrote their novel, Guestward Ho!, there, which went on to become a television series by the same name. The Hootens left to operate a renowned restaurant, another Santa Fe landmark: The Compound.

In 1968, Betty Egan purchased the property and named it Rancho Encantado. When Egan died in 1992 her family sold the resort. It is now just Encantado, a Spanish word meaning enchanting, echoing New Mexico’s moniker: the “Land of Enchantment.”

Today, adobe-style casitas are carefully sited to nestle within the protective embrace of the desert hills, each with intimate interiors and stunning views of the high desert landscape. In a valley at the base of the Sangre de Cristo Mountains, the views look to the West, toward the Jemez Mountains. Locals as well as travelers rave about the sunsets. The sunset deck of Betty’s Bar offers unparalleled viewing opportunities. Lore has it that Betty Egan and her guests would gather in the bar before sunset to lay down their bets as to the exact time the sun would set. You can get a glimpse of Rancho Encantado in Betty’s Bar where photos of her famous guests adorn the walls — John Wayne and Jimmy Stewart were among many who felt a passion for the unique environment. Maria Callas sought refuge at Rancho Encantado after she and Aritsotle Onassis ended their relationship and the royal family of Monaco were frequent visitors.

Says Harmon, “Encantado represents Auberge’s vision of the perfect Santa Fe experience: sweeping mountain views, peaceful, wide-open spaces and the tastes and textures of the region woven throughout, offering an intimate, understated elegance in a most captivating natural setting.”

To bring Auberge’s style of soft-spoken luxury to Santa Fe, Hart Howerton Architects and Planners of San Francisco designed the new Encantado. Architects Craig Roberts and Tim Slattery, along with landscape architect Anne Howerton, reinterpreted the traditional pueblo architecture of the region into a contemporary style they classify as “High Desert Modern.”

Situated on 57 acres with 65 casitas, guests are invited to use the world-class spa and to dine in Terra; its signature restaurant featuring regionally inspired dishes. All of its elements — history, architecture, luxury — make Encantado a favorite destination.

Contemporary art is featured at Lewallen Gallery at Encantado. 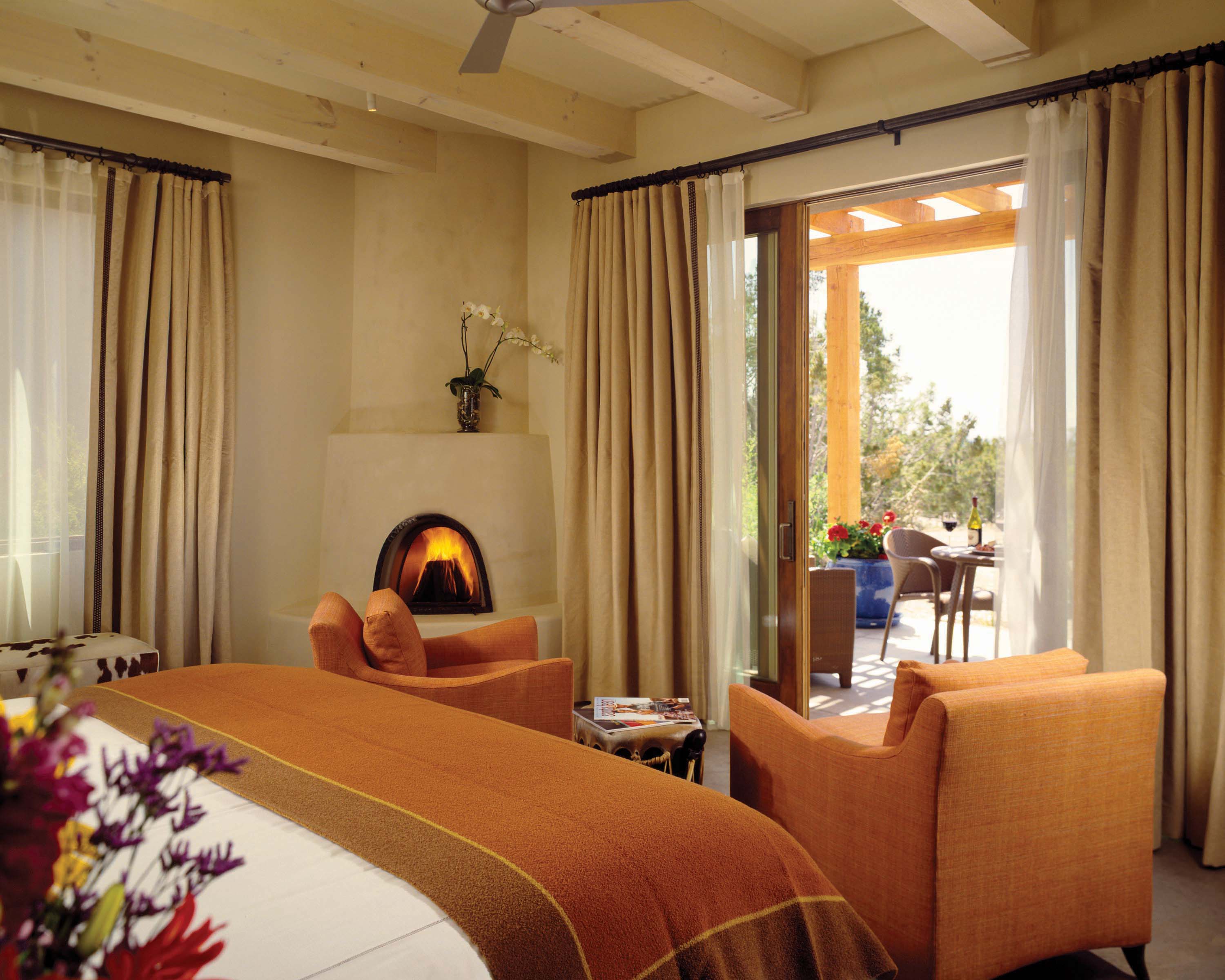 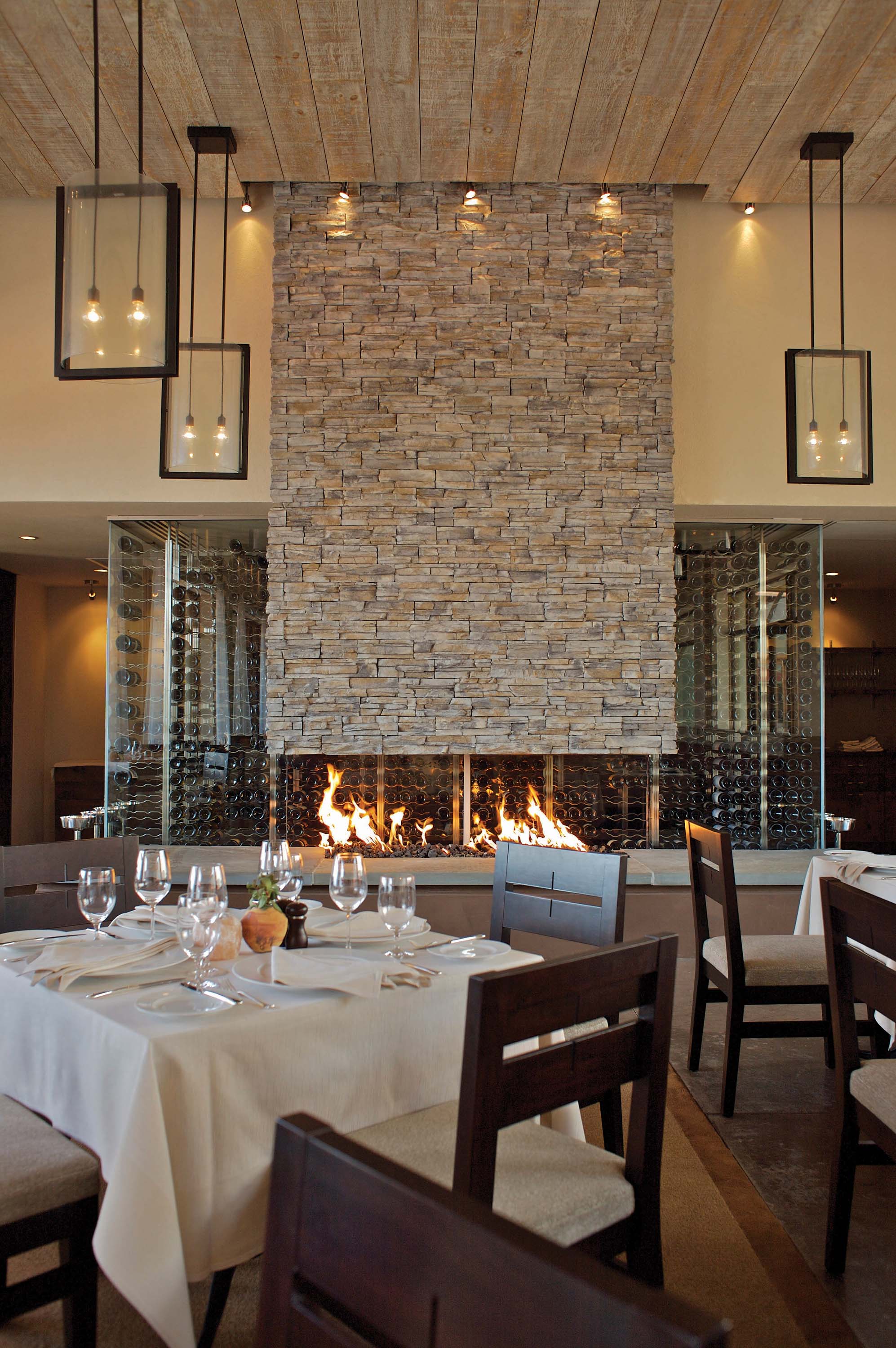