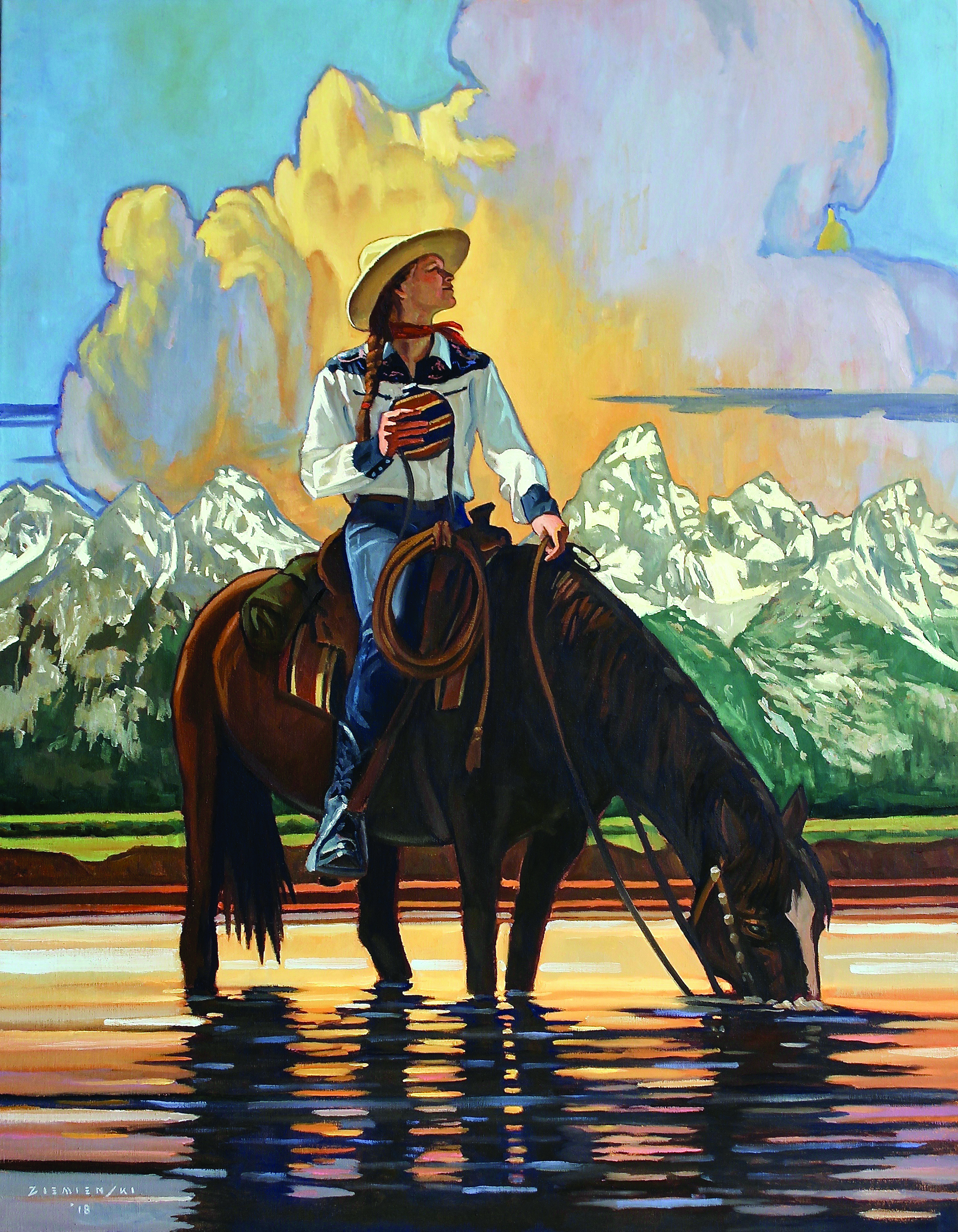 in Best of the West | Amanda Allard 0 Comments
Share

The 34th annual Fall Arts Festival will see the streets of Jackson Hole, Wyoming, swell with locals and visitors, artists and art enthusiasts alike. From September 5 to 16, festival-goers can enjoy world-class
food, wine, music, and art produced by nationally and internationally renowned artists.

The 26th annual Western Design Conference Exhibit + Sale unites craftspeople, collectors, interior
designers, architects, and fashion designers in Jackson Hole. This four-day juried event attracts more than 30,000 visitors who share a passion for the arts and culture of both the Old and New West.

Western Visions, the largest and longest-running fundraising event for the National Wildlife Museum, hosts a series of events, both public and ticketed, during the Fall Arts Festival. In its 31st year, Western Visions will put on its annual show and sale on September 14. The sale features works by the country’s leading wildlife artists.

The signature auction of the Fall Arts Festival is hosted by Trailside Galleries and Gerald Peters Gallery at the award-winning Center for the Arts in downtown Jackson Hole. This year, some of the auction’s highlighted works are Frank Tenney Johnson’s Branding a Maverick (1913) and Thomas Moran’s Laguna, New Mexico Looking from the East (1891). The sale will also feature an array of work by iconic
American illustrators, including several by W.H.D. Koerner.