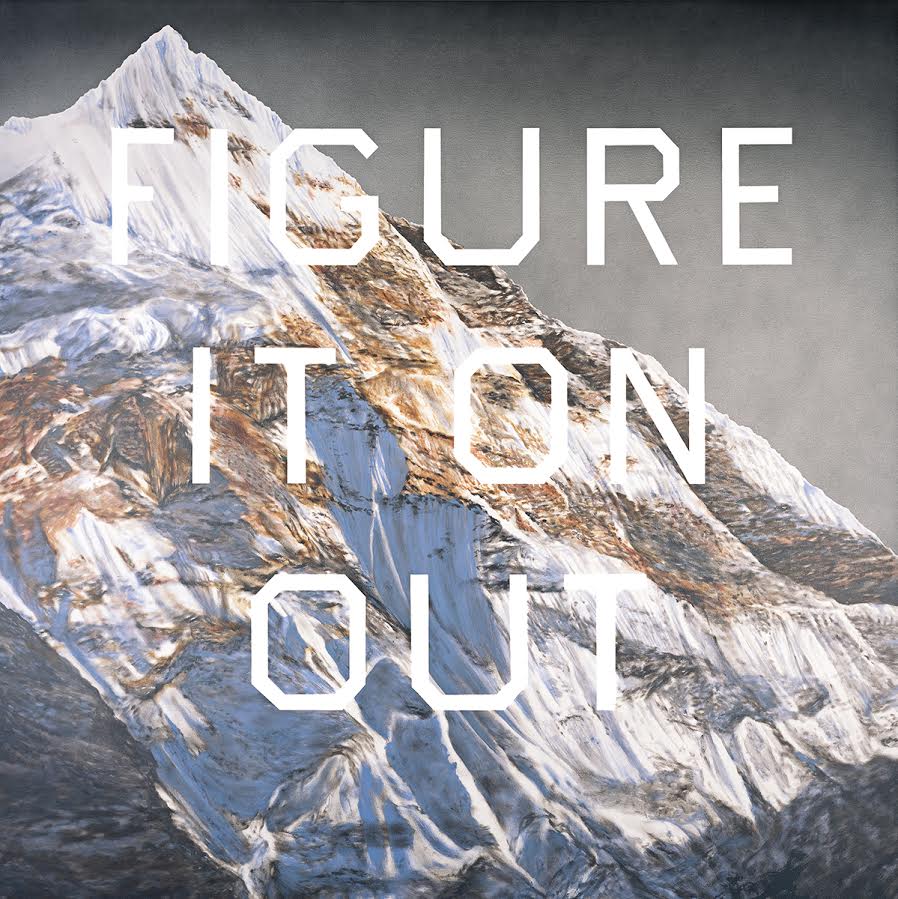 Internationally-renowned American artist Ed Ruscha (b. Omaha, NE, 1937) has made a major gift to Joslyn Art Museum, including 18 paintings, drawings, prints, and sculpture spanning his career from 1961 to 2017. Also included is a collection of Ruscha’s original artist books. The gift is complemented by an additional gift from Ruscha of 20 works by his colleagues and friends in Los Angeles, including Terry Allen, Richard Artschwager, Joe Goode, Ed Moses, and William Wegman, dating from the 1960s through 2015. The gift comes following Word/Play: Prints, Photographs, and Paintings by Ed Ruscha at Joslyn, the first major exhibition to feature the artist in his home state of Nebraska.

About his gift, Ruscha noted, “Joslyn Art Museum stands in the heartland of America. Being an Omaha native, it is important for me to contribute to this great and growing flagship institution.” The newly-acquired works will create an important core collection of Post-War West Coast artists at Joslyn and together they represent the single most important body of work ever gifted to the Museum by a living artist. Jack Becker, Joslyn’s executive director and CEO, noted, “This gift by Ed Ruscha of his own work, in
tandem with the works of other fixtures of the West Coast art scene over the past several decades, is one of the most significant gifts of contemporary art in Joslyn’s history. Ruscha’s work is renowned for his capacity to cleverly transform the mundane into the extraordinary. Fluent in painting, photography, and printmaking, he continues to influence contemporary artists worldwide as he makes new work into the seventh decade of his career. It is nothing short of extraordinary to receive more than three dozen works, selected personally by this renowned American artist, to be showcased in Omaha as part of Joslyn’s collection. We are forever intrigued by Ed Ruscha’s view of America and immensely grateful for his generosity.” 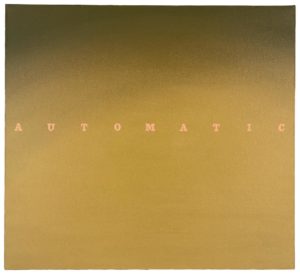 The promised gift of Ruscha’s work is a compact retrospective of his practice. As an important early figure in conceptual art, Ruscha demonstrated a talent for deftly combining imagery and text during his student years, when planning on a career as a commercial illustrator. His use of varied and often unusual materials and printmaking methods also reflects the practical nature of his early training, suggesting an embrace of finding the right tool for the task at hand, rather than limiting himself to a more traditional process. Together, his combination of technical finesse, an imaginative use of materials, and the array of subjects he found – from the graphic design of cans in the kitchen cupboard to neon billboards and the Hollywood sign – led to the broad acceptance of the modern world itself as subject. 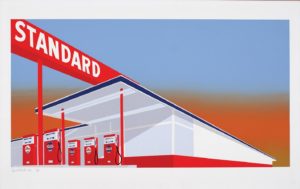 The gift is anchored by a body of Ruscha’s drawings from the early 1960s onward, employing oil, acrylic, tempera, pencil, and even gunpowder that reveal a hand equally adept regardless of medium. Renowned for his printmaking, the gift includes several of Ruscha’s recent etchings from 2014, as well as the 7-color screen print, Standard Station (1966), which is arguably the artist’s most iconic image. Based on an early snapshot he made along Route 66, Ruscha transforms the profile of a filling station into a dynamic silhouette braced against a flaming horizon. In a single image, he both tips his hat to the majestic history of western landscape painting, and undermines it with his elevation of the most mundane of landmarks. The gift is bookended by two paintings, Automatic, from 1966, and 2007’s monumental Figure It On Out, which layers its eponymous text over a heroic alpine landscape. These works are joined by a boxed set of the artist’s groundbreaking photographic books, including Royal Road Test, Every Building on the Sunset Strip, and Some Los Angeles Apartments. Ruscha’s complementary gift of works by other artists charts the course of Post-War art on the West Coast,
which was a significantly different enterprise in Los Angeles than in New York City. During this fertile period, L.A. artists quickly embraced new approaches, subjects, and techniques for art making, including experimenting with the materials and processes of the booming aerospace industry, as well as the influence of surf and car cultures. L.A. Fueled by the glimmer of the space program and the emerging presence of a consumer culture poised to mine a prosperous middle class, California felt like the leading edge of the continent. The sense of racing headlong into the future was balanced, however, by the sun and surf of the Pacific Ocean, whose breezes filled artists’ studios, and California’s emerging hippie culture. It was this environment that inspired a group of young artists who had made their way West in the late 1950s and 1960s, many drawn from the Midwest. While Ruscha is recognized as perhaps the most influential California artist of the era, this gift is very much an acknowledgment of the friendships and collaborations that helped him establish his career. 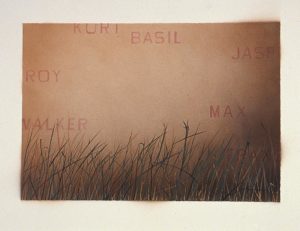