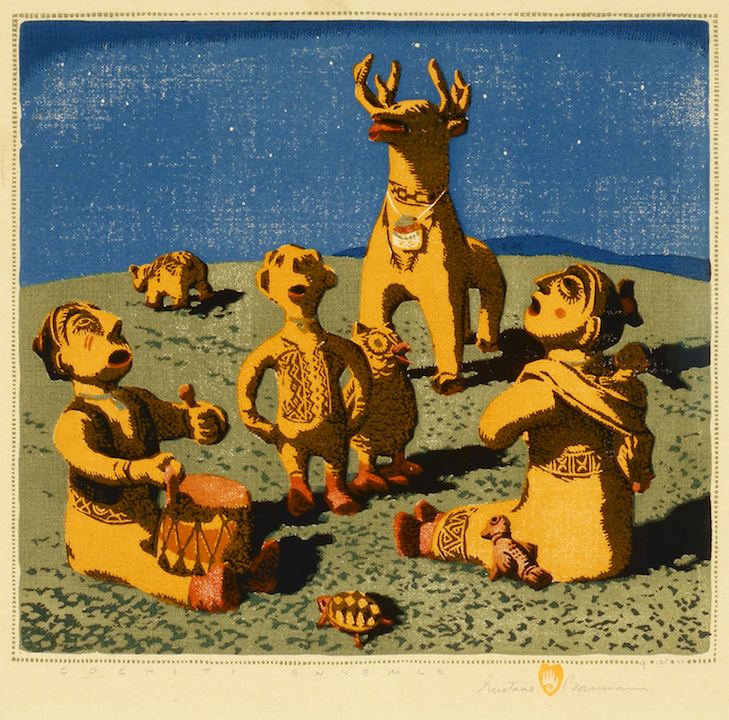 09 Jan The Taos Society of Artists Exhibition at Scottsdale's Museum of the West, Jan. 10-Apr. 30

Western Spirit: Scottsdale’s Museum of the West pays tribute to the Taos Society of Artists — one of the most influential schools of American painting in the nation’s history — with a major exhibition of masterpieces on display January 10 through April 30, 2017. “The Taos Society of Artists” features paintings by 19 artists, and includes more than 80 of the finest and most valued Society artworks ever exhibited together. The paintings are on loan from institutions across the country, as well as private collections. The exhibition is co-curated by Tricia Loscher, Ph.D., chief curator of Scottsdale’s Museum of the West, and Peter Hassrick, director emeritus of the Buffalo Bill Center of the West. Scottsdale Art Auction is the exhibition sponsor.

The museum is presenting a number of events in conjunction with the exhibition. A series of four monthly “Taos Tuesdays” programs will be held 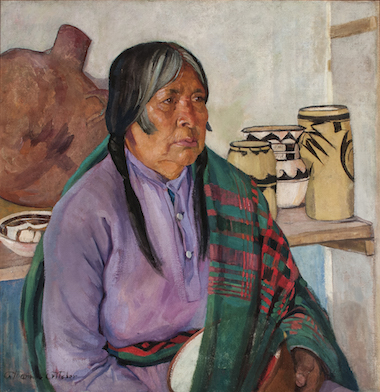 between 11 a.m. and noon in the Virginia G. Piper Theater/Auditorium. Topics include tourism and cultural heritage (January 31), collecting and the patron/artist relationship (February 14), Taos Associate Member John Sloan’s advocacy of Native American art (March 14), and a screening of “Awakening in Taos,” a documentary about Mabel Dodge Luhan and her role in making Taos a haven of inspiration and creativity for writers and artists (April 11).

“The Taos Society of Artists” Symposium, a two-day lecture series sponsored by Marcia and Hugh Ruddock, will be held from 1 to 5 p.m., Thursday, April 6 and Friday, April 7, 2017. The symposium will feature internationally recognized scholars who will discuss the society’s members, artistic technique, the birth of tourism in Taos, the topic of art patronage and the unique components that established an artistic circle in Taos, New Mexico during the early 20th century.

Admission to “The Taos Society of Artists” exhibition, the April 6-7 symposium, and the “Taos Tuesdays” events is included in museum admission, and is free to museum members. The museum is located in downtown Scottsdale at 3830 N. Marshall Way (one block west of Scottsdale Road at 1st Street). 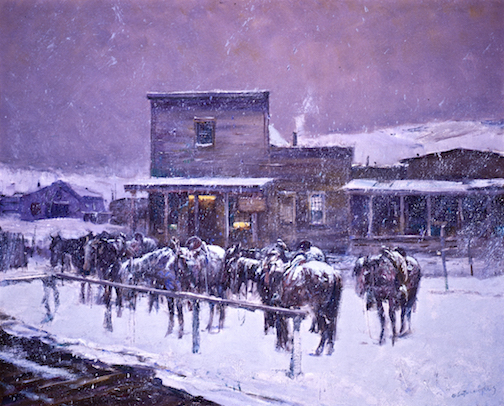 About the Taos Society of Artists

The Taos Society of Artists was founded in 1915 in Taos, New Mexico by six artists, who were inspired by the area’s enchanting land and indigenous peoples. They included Oscar E. Berninghaus, Ernest Blumenschein, E. Irving Couse, Herbert Dunton, Bert Phillips and Joseph Henry Sharp. The by-invitation-only Society eventually grew from its six founding members to a total of 12 members and seven associate members. Society members were required to have worked in Taos for three consecutive years, have shown an interest and aptitude for capturing the spirit and character of Native Americans in their paintings, and have shown work in reputable galleries or New York salons. The artists also shared a European academic artistic training.

These artists not only created a distinctive style of American art, but also played a key role in transforming the remote Taos community into an international art center, with the Society artists enjoying a large measure of celebrity. Artists, photographers, scientists, business leaders, members of high society and even families on vacation traveled to Taos to see with their own eyes the wonderland portrayed in the paintings, meet the local artists and purchase artworks first-hand.

The Society also arranged traveling exhibitions to New York City, St. Louis, Chicago and other cities, which led to solo gallery exhibitions for some of the artists.

The older members of the Taos Society aligned more closely to their academic training, while the younger members broke new ground experimenting with modernist techniques coming from European artists such as Picasso, Cezanne and Matisse. The Society’s resulting American masterpieces feature vivid images of dramatic landscapes and Native Americans in traditional clothing, which shaped popular cultures’ perceptions of the American Southwest and influenced generations of artists, including Georgia O’Keefe, Andrew Dasburg, Marsden Hartley and Maynard Dixon.

The Society officially disbanded in 1927 due to faltering economic conditions leading up to the Great Depression of the 1930s, and some tensions among the Society’s members who, by then, were well-known and in demand for solo exhibitions.

For more information about the exhibition and related events, call 480-686-9539 or visit scottsdalemuseumwest.org.