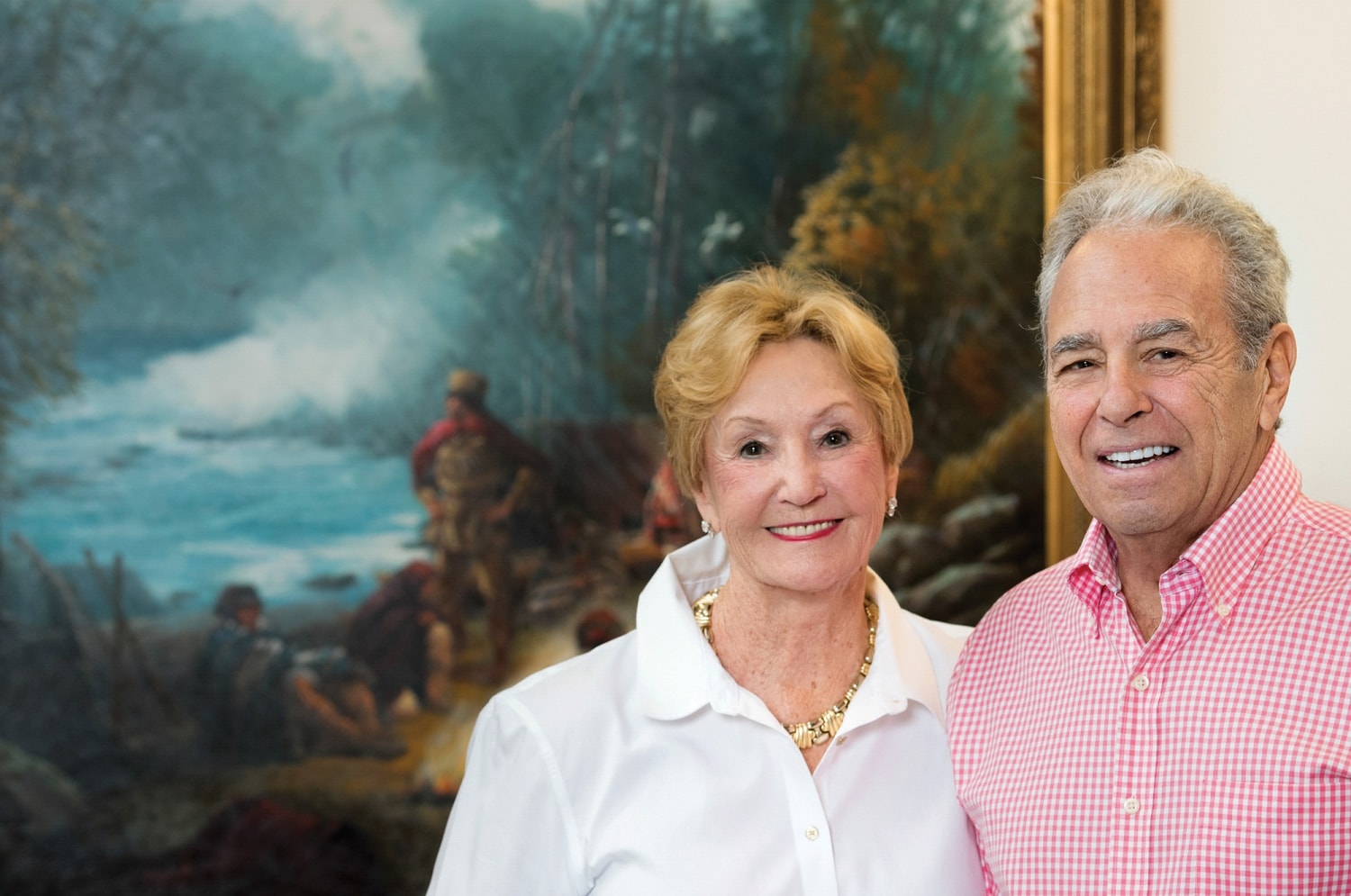 Frankie and Howard Alper have fun collecting art. Although they are serious collectors, with works representing artists from around the world, each piece they acquire brings great excitement.

The passion they’ve been pursuing since the 1980s is now available for lovers of Western art to experience, as many pieces from the Alpers’ collection are on view at Western Spirit: Scottsdale’s Museum of the West. The Arizona museum contains the Alper-Coleman Gallery; Coleman as in sculptor John Coleman, a member of the National Sculpture Society and the prestigious Cowboy Artists of America.

Coleman is known for his narrative sculptures and his ability to translate details of stories with symbols and metaphors into bronze. In the catalog of his 2016–2017 exhibit at the museum, Coleman was described as “a transcendent visionary.” And museum director Michael Fox marvels at the “awestruck” and “emotional response” his work receives from visitors. Perhaps it is the same delight that the Alpers themselves experienced upon discovering Coleman’s bronzes in the early 1990s.

The Alpers’ venture into collecting began many years before their devotion to the Western genre. Founders and owners of a Chicago-based insurance and risk-management company with clients around the world, the Alpers collected African art for more than 40 years. When Chinese art intrigued them, they collected it, along with paintings by the Italian surrealist Tito Salomoni [1928–1989], whose paintings are characterized by haunting dreamlike settings filled with references to classical architecture.

Still, it is their collection of more than 100 of Coleman’s works that feels important to them and even more important is the relationship that’s been built between artist and patron.

“We are like family,” Howard says. “We have become so close that they invite us to family events,” Coleman adds. “Even though Howie has a son about my age, I still think of him as my dad, and, in fact, I call him ‘Dad’.”

Howard Alper: I was inspired by my wife, Frankie. She moved to Arizona when she was 8 and lived there for a time. She maintained a great interest in the West. In the early 1980s, from Chicago, we went on a trip to Arizona; she wanted to show me the Grand Canyon. We took side trips to Sedona and Wickenburg and that was our first discovery of Western art. In Wickenburg, we met Walter and Bonnie Johnson, fellow Chicagoans, who had moved West and opened the Wickenburg Gallery, devoted entirely to Western art. In Sedona, at Ken Payne’s Mountain Trails Gallery, we saw a video of the lost-wax process which fascinated us, and thus began our journey.

H.A.: The very first work we purchased was on that visit at the Wickenburg Gallery, when we met the Johnsons. It was a Curtis Zabel bronze, Dally Ropers, which now belongs to my grandson. Frankie Alper: Howie was so taken with the details of bronze sculpture — how it was made and how detailed it was — and that’s why we started collecting them.

H.A.: No, there wasn’t any one piece that I wanted that I didn’t get. When we met Coleman in the early 1990s, we literally fell in love with his work. We were visiting his studio in Prescott, Arizona, and upon leaving, I turned around and spoke these words, “Would it be possible to buy the first edition of each of your future sculptures?” He might have been as surprised as I was, but we came to an agreement. Now I know that I am getting number one and that is pleasing.

H.A.: It was when we decided that we would concentrate our collecting on Coleman’s work. Most collectors have two of these and three of that, but we concentrate on Coleman as far as bronzes. Recently,  he has moved back into painting, and we have collected some of his paintings.

WA&A: How do you balance your collection between paintings and sculptures? Or do you?

H.A.: We never think of it in those terms. In our Scottsdale home, we have a number of paintings, 27 or so, by artists such as John Fawcett, Morgan Weistling and others. We loaned our large painting by Jim Carson, titled Trapped on the Coast at Dismal Nitch, to the museum in Scottsdale.

WA&A: What is your favorite piece and why?

H.A.: We love The Greeter by Coleman, which welcomes visitors to the museum in Scottsdale. It is a depiction of Black Moccasin, a Blackfoot chief, meeting Lewis and Clark. It is 80 inches tall. For years, it was situated just outside my office in Chicago. We also are fond of Honeymoon at Crow Fair, which is 102 inches tall, depicting a couple on horseback under an umbrella in the rain. It balances strength, beauty and delicacy.

WA&A: If you were having a dinner party and wished to have lively conversations about art, which living artists would you invite and why?

H.A.: John Coleman. He is a very interesting conversationalist and he mesmerizes people. His research is unbelievable.

WA&A: If you could enter a time machine and chat with any artists in history, who would they be?

H.A.: George Catlin would be very interesting because of his experience of actually traveling the trails of Lewis and Clark. Karl Bodmer would also be interesting as he made a whole body of paintings and journals of what he saw.

H.A.: Western Spirit: Scottsdale’s Museum of the West already has much of our collection. We plan to donate the rest of it upon our deaths. We hope that in 100 years, it still remains.