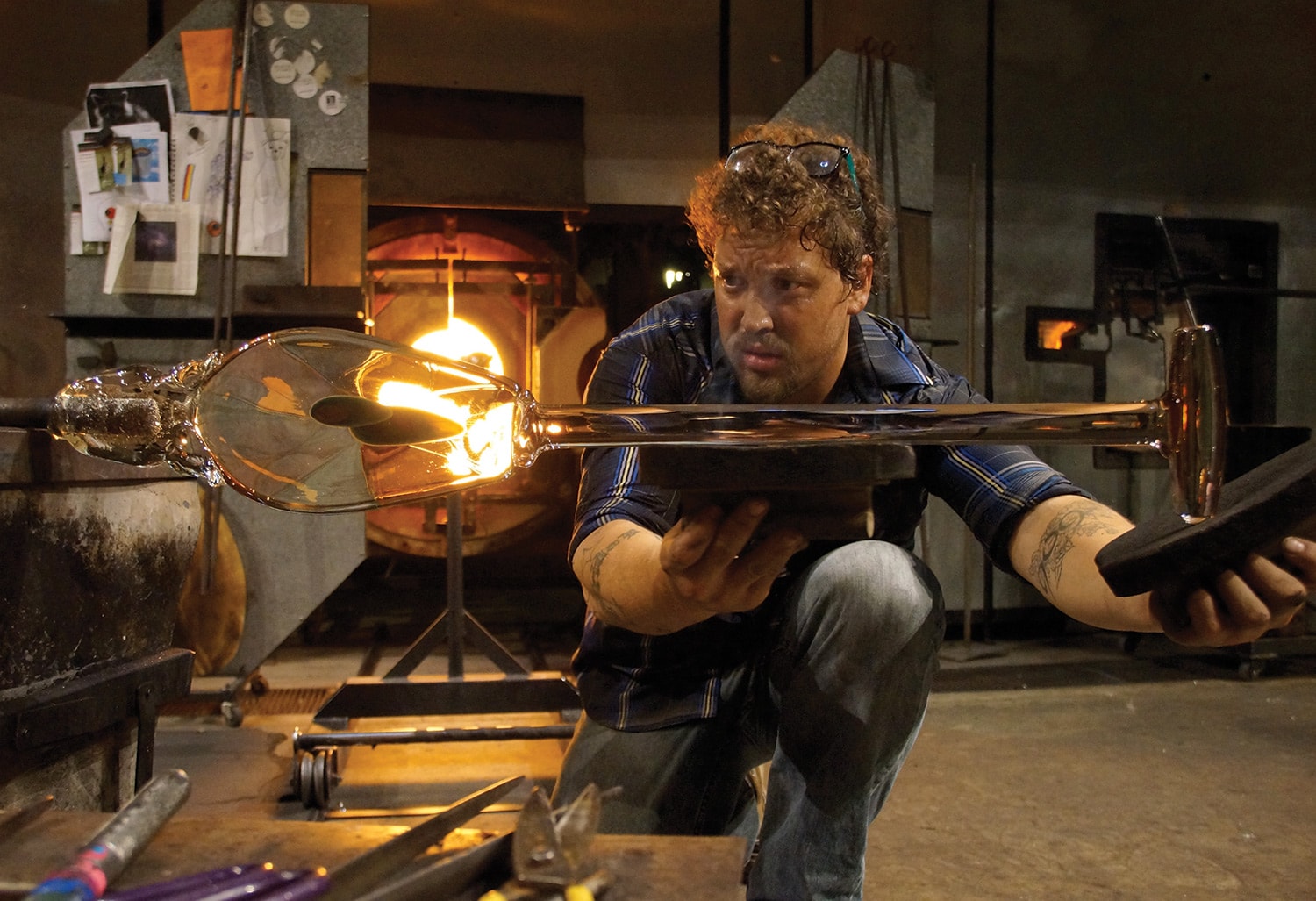 For Dan Friday, glass is where his two worlds come together, allowing him to combine his Northwest Coast Salish Lummi roots with his European background. 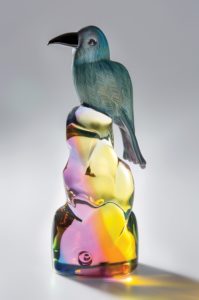 The people from the Lummi Island, the northernmost island in the San Juan Islands of Washington, were the first people to build false reefs with nets on the seafloor to capture salmon. Friday’s great-grandfather was a totem builder in the Puget Sound region and his elder aunt Fran James was a master basket weaver. Friday has taken both of these traditions and transformed them into glass.

“I do something really contemporary that has its own history,” Friday says. “Talking with Aunt Fran helped me with trying to find a balance within myself.”

With glass blowing and molding, the technology is both modern and historic. Computers are used to run the ovens, but the glassmaking itself is based on the technique of the first glassmakers in Europe.

Growing up in Seattle, Washington, Friday started out as a mechanic, but when he was 20, he walked into a glass shop and immediately knew what he wanted to do with his life. 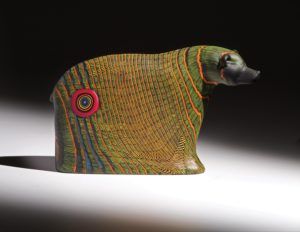 “It dawned on me that I was fixing other people’s problems all day long, and I really wanted to create things,” he says. “It was a leap of faith.”

Friday apprenticed in glass shops and worked for different people before finding his own voice. One of the artists he apprenticed for was glass artist Dale Chihuly, which allowed him to travel to other countries and work with Italian maestros.

In the spring of 2019, Friday will have a large one-man show at the Museum of Northwest Art in Seattle, where he’s planning on building a reef netting installation made of glass. “It’s going to be a very large show, and I will get to bring my ancestors forward,” he says.

Much of his work celebrates the gemlike quality of glass objects. In his bowls, the weaving effect is made by piecing together different colors in a mosaic and then blowing the glass into a bowl shape, using Venetian techniques. Each one has a tactile feel to them, which lends itself to the woven quality. “One of the things native to our region is the color palette, which is red, white, black and sometimes an accent of turquoise. The Coast Salish has a small color palette, but glass has so many that for me not to embrace it is kind of ridiculous.” 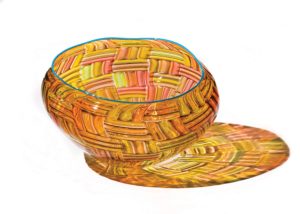 For his bear pieces, he forms the glass instead of blowing it, so the bears have a heft to them as well as streaks of color. He suggests the shape of a bear, while letting the viewer fill in the less obvious parts. By working with a silhouette, Friday allows the glass to have a voice within the work.

“In the beginning, I spent a lot of time forming each detail, but over time I realized that it takes away from the beauty that is in the glass,” Friday says. “In some respects, less is more.”

Friday will have a show at Blue Rain Gallery in Santa Fe, New Mexico, opening May 8. He is also represented by Stonington Gallery in Seattle; Habatat Galleries in West Palm Beach, Florida; Schantz Galleries in Stockbridge, Massachusetts; and Sandra Ainsley Gallery in Toronto, Canada.