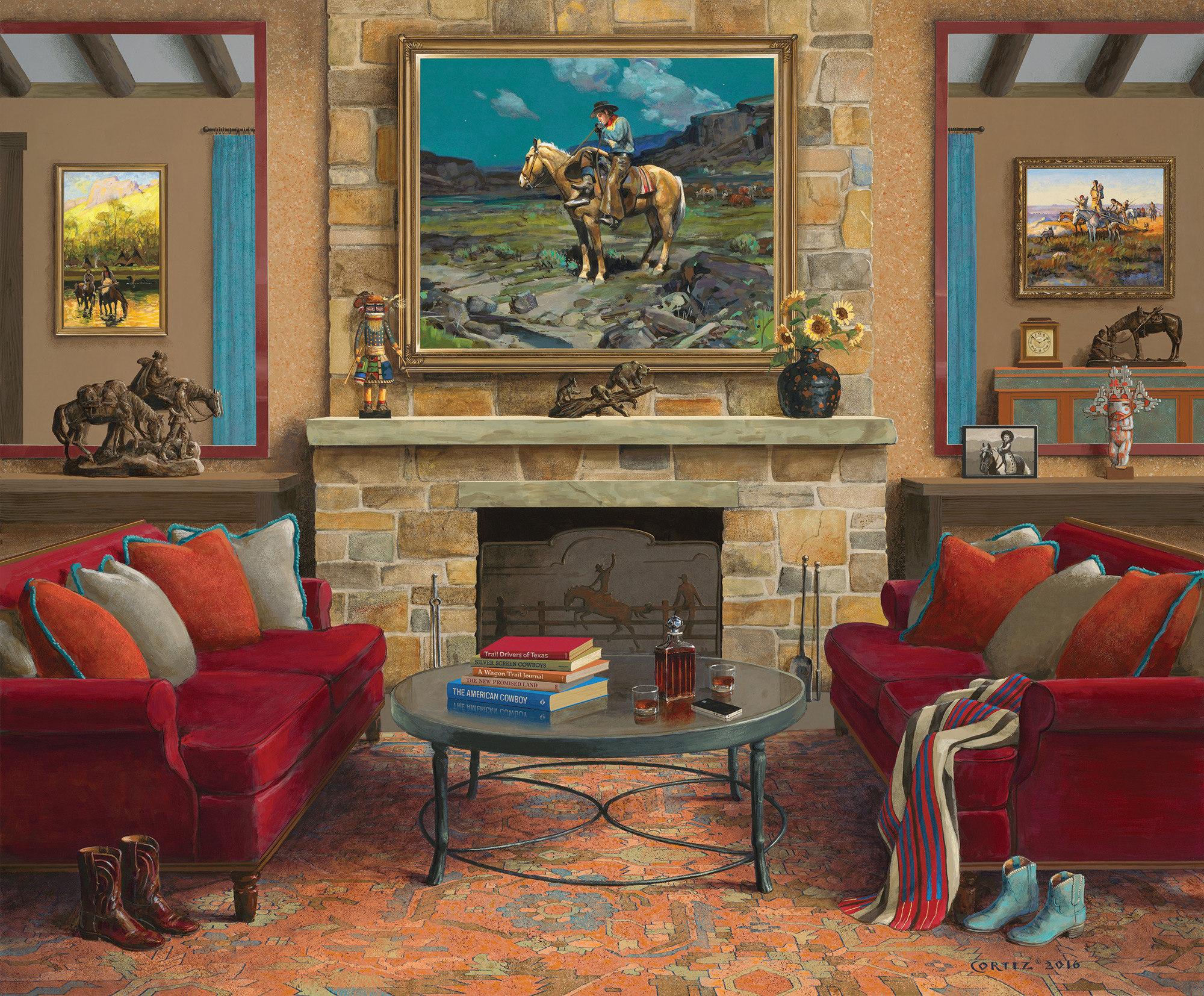 04 Aug Inspired by the Great Masters

“By depicting artworks in her compositions, Cortez underscores a classic paradox of painting: the painting as a ‘window’ into an imagined space and as a physical object — both a metaphysical presence and a material entity. Cortez chooses to utilize her talent for realism to illuminate the ordinary.”
— Trailside Galleries

IN A QUIET CORNER OF UPSTATE NEW YORK, Jenness Cortez is creating paintings that require as much classically trained talent as they do thought and research about the historical Western figures, events and artistic works at hand.

A signature of her work is a painting within a painting, and Cortez often chooses historic pieces that evoke what she terms the cinematic quality of the American West. The works are always evocative of her layered reading and rendering of subjects that range from a Yosemite scene produced by Albert Bierstadt to famed bronzes by Frederic Remington.

Such items are included in Four American Visionaries, the expansive acrylic-on-mahogany panel featuring the interior of a Western home in which two Bierstadts, Remington’s Bronc Buster, a Charles Russell sculpture and one of Thomas Moran’s sweeping depictions of the Grand Canyon are subtly arranged in a sitting room tableau. The work exhibits remarkable attention to detail and consistency of theme.

Four American Visionaries fetched $128,700 at the Jackson Hole Art Auction last September, setting a world record for the artist and introducing to a general audience what was already well known to gallerists and collectors: Cortez is an established star in the Western art constellation.

Her rise in that genre has been relatively recent, but Cortez’s visual narratives had already gained a following and critical acclaim before she was urged several years ago to submit a painting to The Russell, the annual extravaganza that benefits the C.M. Russell Museum in Great Falls, Montana.

The invitation was tied to petitions by Joe Masterson, longtime member of the museum’s board. Masterson first encountered Cortez’s pieces at a gallery in Naples, Florida, and he recognized excellence when he saw it.

“I was very impressed with the quality of her work and how she articulates the different items in the story she is trying to tell,” Masterson says, adding that the technique employed by Cortez of placing paintings by celebrated artists within paintings is equivalent to a paean.

“What she’s trying to do with her masterful renderings and her in-depth research is honor the artist,” he says.

And there is much to honor in an original and in an homage by Cortez. She is among artists selected for Top Tier, the premier competition that boosts anticipation surrounding the Jackson Hole Art Auction. Chosen by invitation only, the contemporary artists in this select group hold exemplary auction records. This year’s contest, which awards a $10,000 cash prize to the artist whose work is of significant merit, will be judged by the curators of such august institutions as the Gilcrease Museum, the Eiteljorg Museum of American Indians and Western Art, and the Crystal Bridges Museum of American Art.

Cortez’s entry for the competition — which taps talents including Z.S. Liang, Mian Situ and Tucker Smith — is titled Home on the Range and features an interior scene with a natural stone fireplace. Over the mantel hangs a completed version of a painting that was left unfinished because of the untimely death of illustrator-turned-artist Frank Tenney Johnson. His painting, Somewhere on the Range, a nocturne featuring a cowboy on horseback, strongly appealed to Cortez.

“I like the poetry of this image. The painting was seven-eighths finished before he became ill and died rather suddenly [of spinal meningitis in 1939],” says Cortez. “I am finishing it as I believe he would have finished it, so he and I are collaborating.”

The 2016 auction, brought to the upscale northwest Wyoming town by Trailside Galleries and Gerald Peters Gallery on September 16 and 17, includes a dreamy N.C. Wyeth, He Rode Away Following a Dim Trail Among the Sage, and a mist-drenched scene of a hunting bear by Robert Bateman, Above the Rapids — Gulls and Grizzly.

Maryvonne Leshe, Jackson Hole Art Auction and Trailside Galleries partner, successfully sought to represent Cortez at Trailside in a relationship that has fostered mutual delight.She considers Cortez an inspired artist who is also a serious-minded person and businesswoman. And Leshe has been gratified by collectors’ enthusiasm for Cortez’s work, an admiration that led Four American Visionaries to break through the $100,000 ceiling at last year’s sale. It is rare for a female Western artist to command such sums, but Cortez is that woman and artist, says Leshe.

“She’s filling an important niche in the gallery. Trailside tries to bring forward the best quality work, and she’s been a terrific addition to the roster,” she says.

Collectors never tire of gazing at a Cortez, as it nearly always results in perceiving a new dimension in the work. For example, tomes are artfully placed throughout the interior and refer to historical Western events or figures, adding meaning.

Cortez has worked in concert with muses and mentors for much of her life. Her parents, teachers, artists, gallerists and her partner in life and work, husband Leonard Perlmutter — the other half of Perlmutter Gallery in Averill, New York — have pointed to the path she ultimately followed in her career, and yet, set her free to choose.

When Cortez was a teenager, a neighbor in the woods of southern Indiana agreed to give her art lessons. That neighbor, Dutch painter Antonius Raemaekers, was among mentors, including her parents, who were enamored with the visual world and aided Cortez in seeing people and her surroundings in the full yet intimate fashion that informs the eye of an artist.

Cortez is a graduate of the Herron School of Art and Design in Indianapolis, Indiana, and furthered her formal studies under Arnold Blanch at the Art Students League of New York. She sold her first painting as an adolescent to an admiring Indiana teacher, and it is not an exaggeration to say her work has been selling steadily, and sometimes spectacularly, ever since. For two decades, the artist was known mostly for her sporting and horse paintings. In the mid-1990s, Cortez turned to landscapes and, more recently, made Western themes her primary focus.

The essence beneath the image is what empowers Cortez’s paintings, and that degree of insight has served as a kind of calling for the artist.

“The idea of craft as a spiritual work is very important to me,” she says. “I find it builds contact with a reality that is not often visible and it is important to communicate that.

“I have a different way of telling a story than just illustrating an episode from history or relying on a generic motif about the West. I’m really trying to say something more than what the observer already knows. It is not something that can be captured in words; it is seen. There are people out there who respond to this and they are like souls.”

Collector Rusty Henderson is one of them. He has been acquiring art for 45 years and he abides by the advice once handed down by an expert.

“There are 10 rules to buying art. The first nine are, you need to like it. The tenth rule is, the artist needs to have earned it,” he says. “When I saw Jenness’s work, all 10 requirements were met. I love what I’m seeing, and there’s no question she’s earned her ability.

“It’s no easy task for her to produce what she’s producing,” Henderson adds. “She has to be enormously passionate about doing it.” 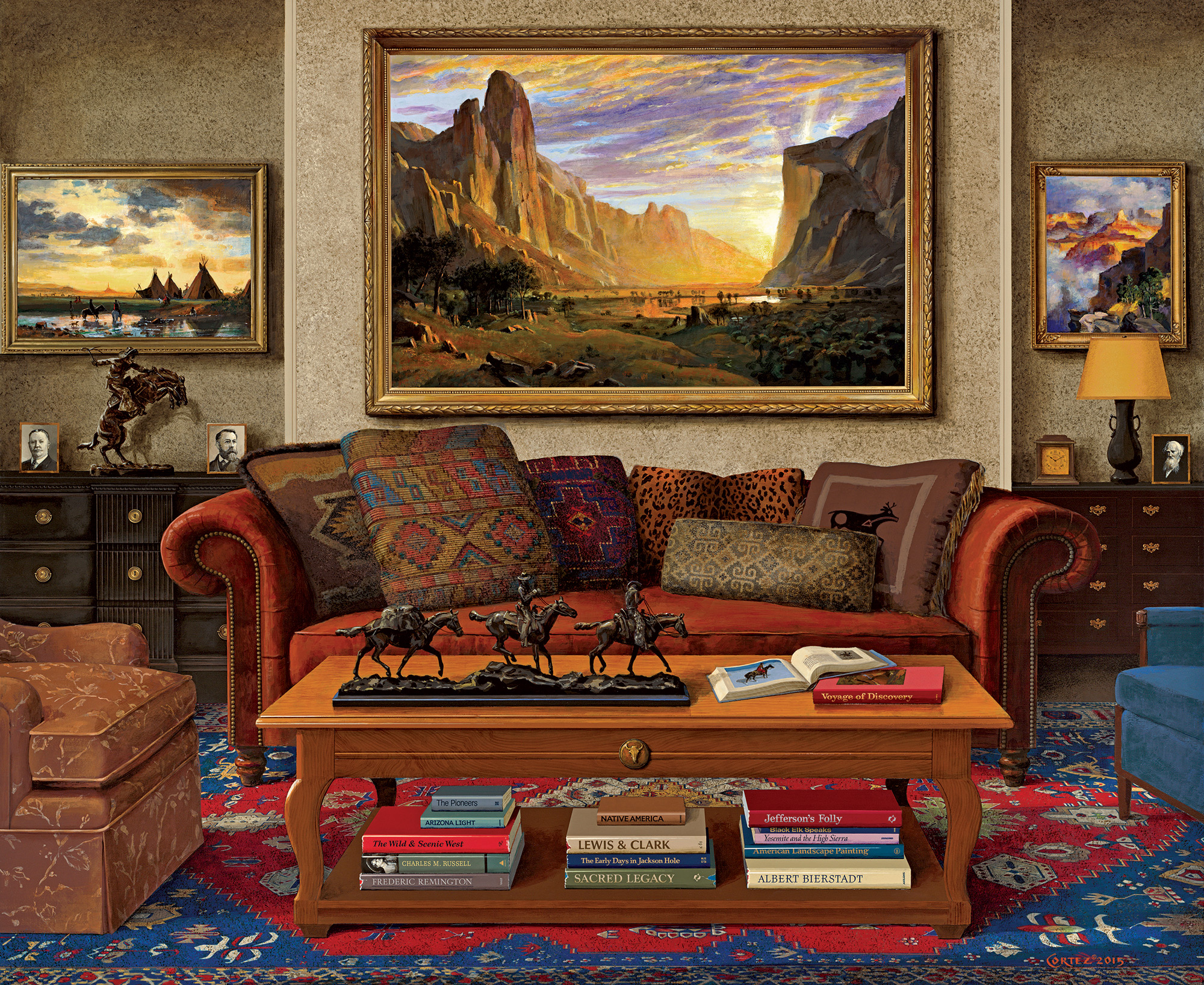 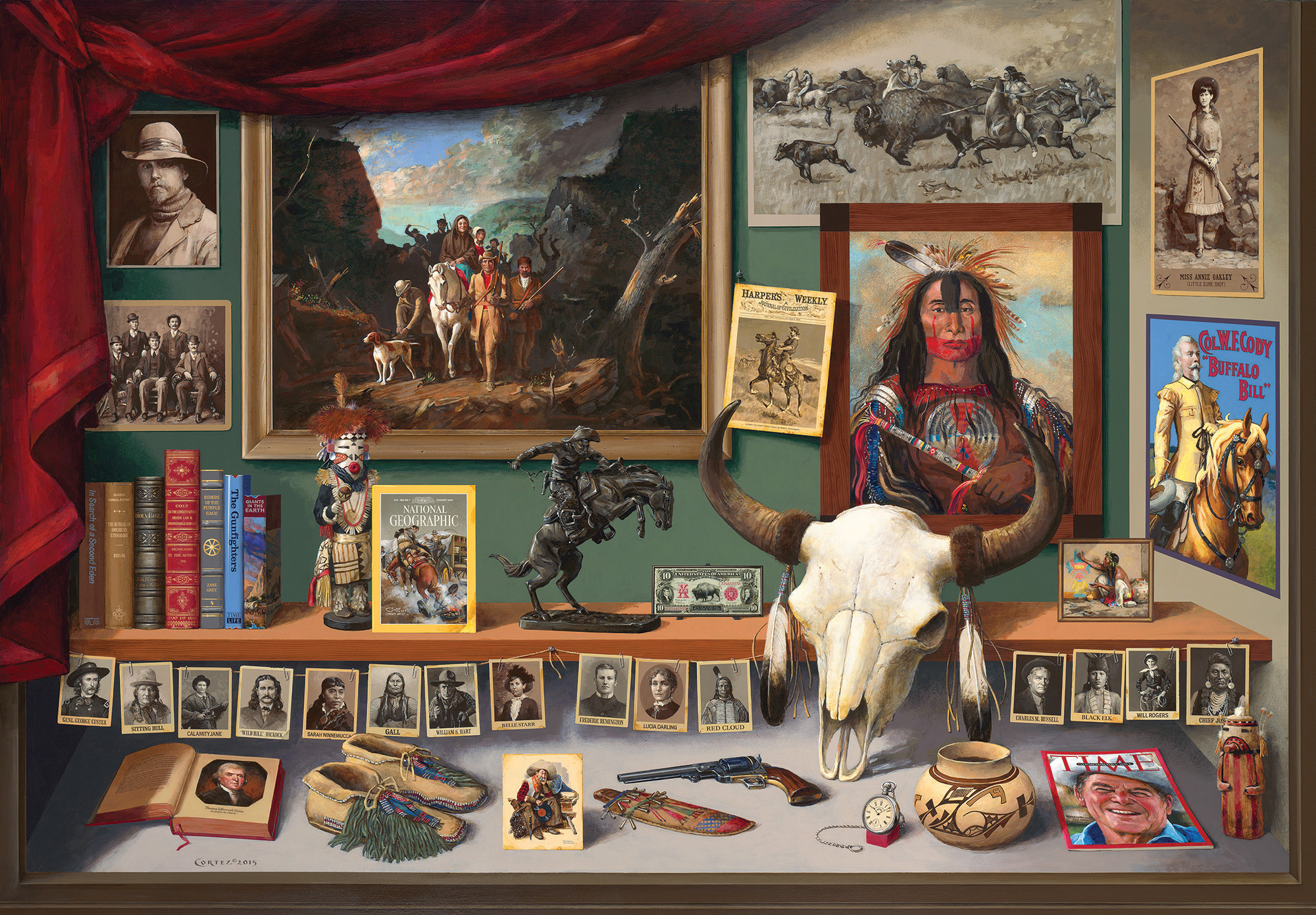 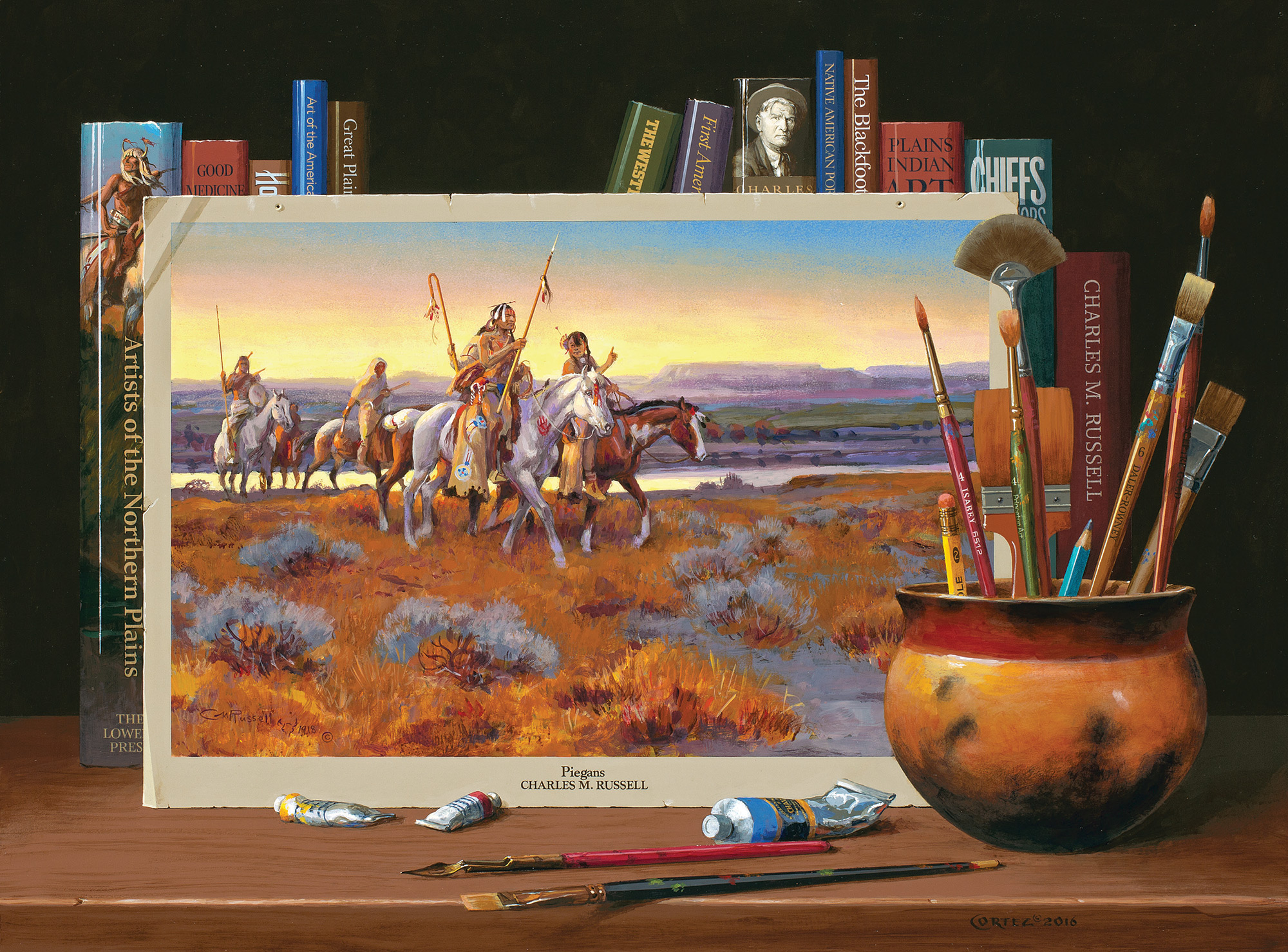 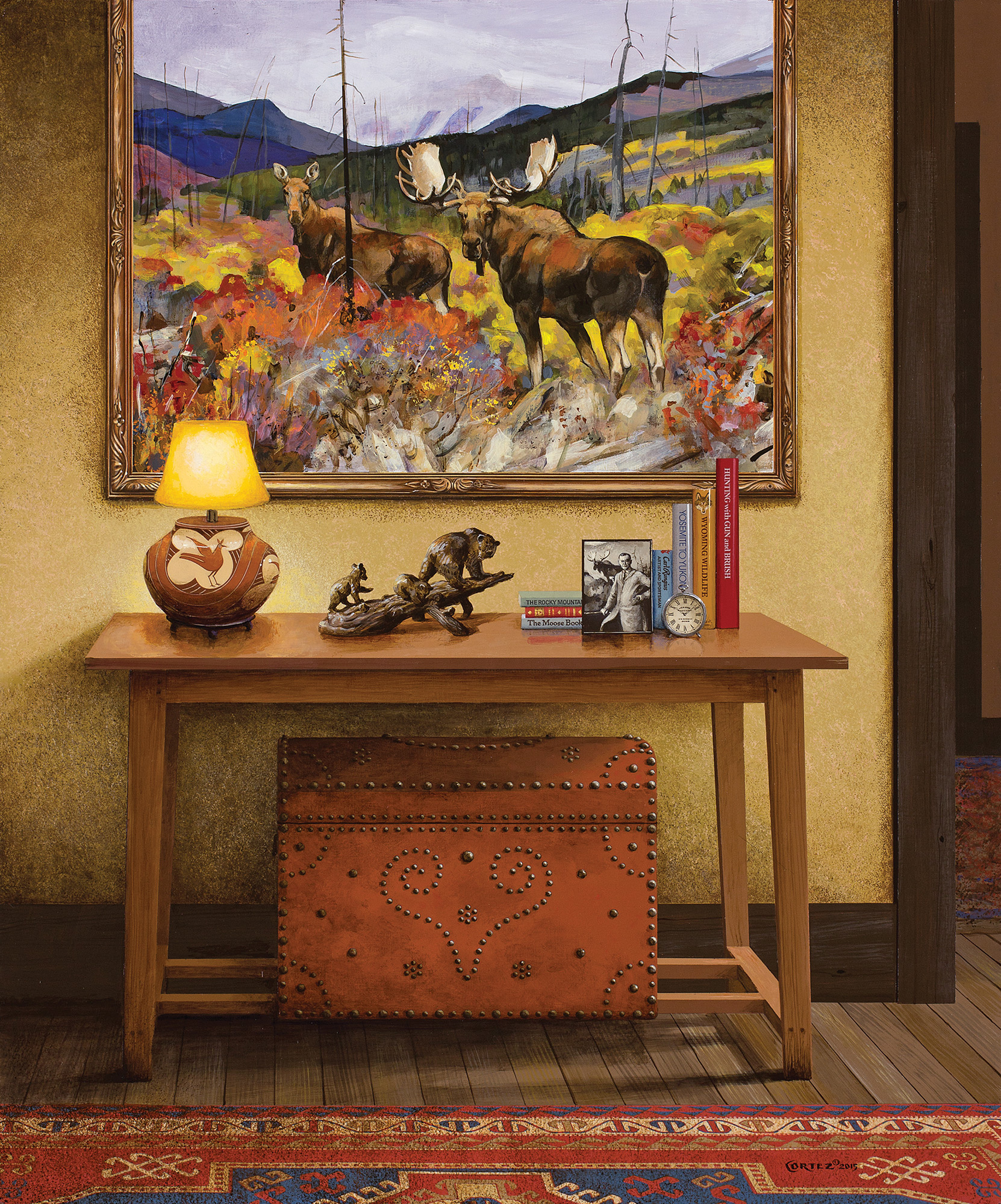 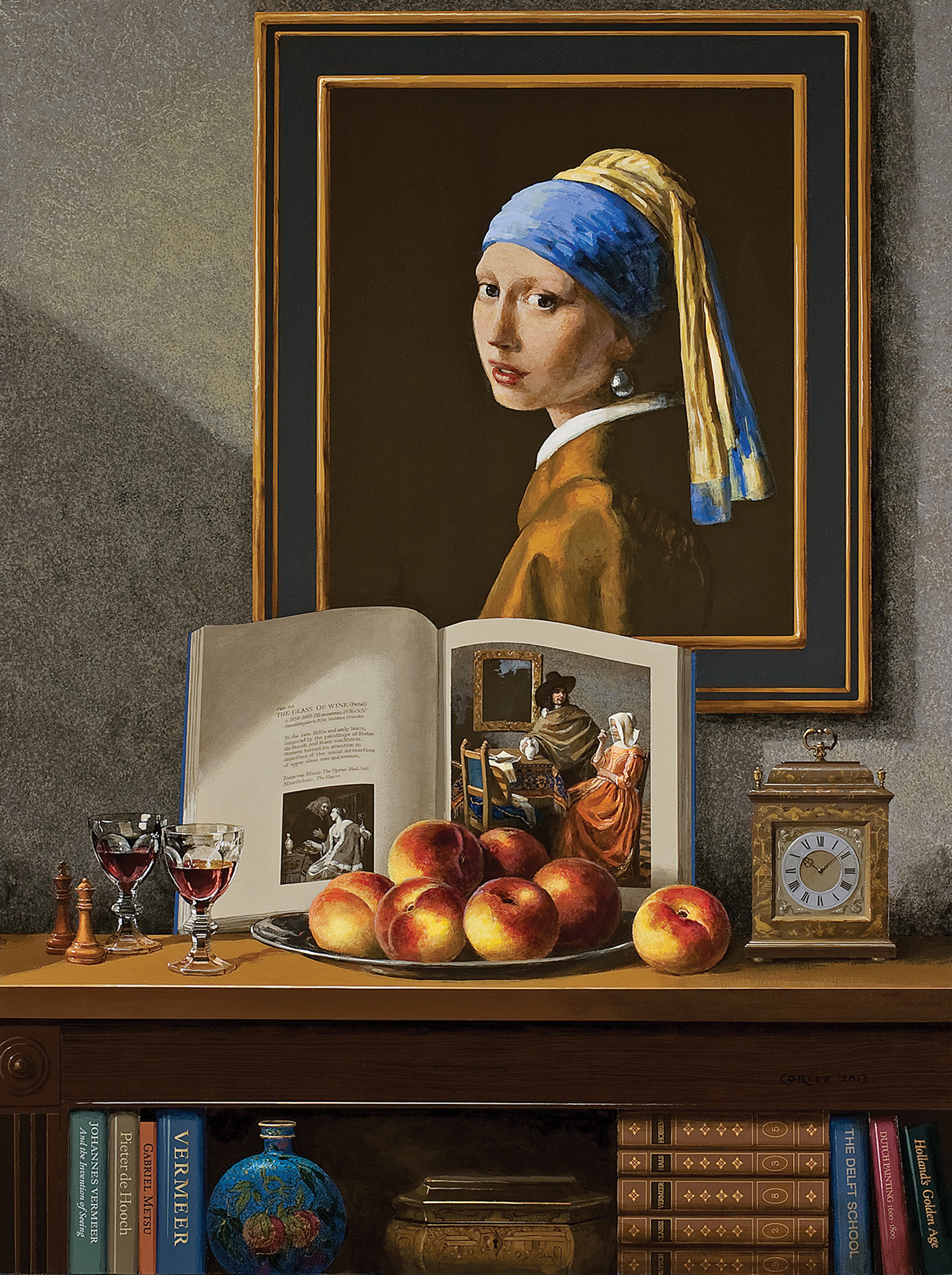