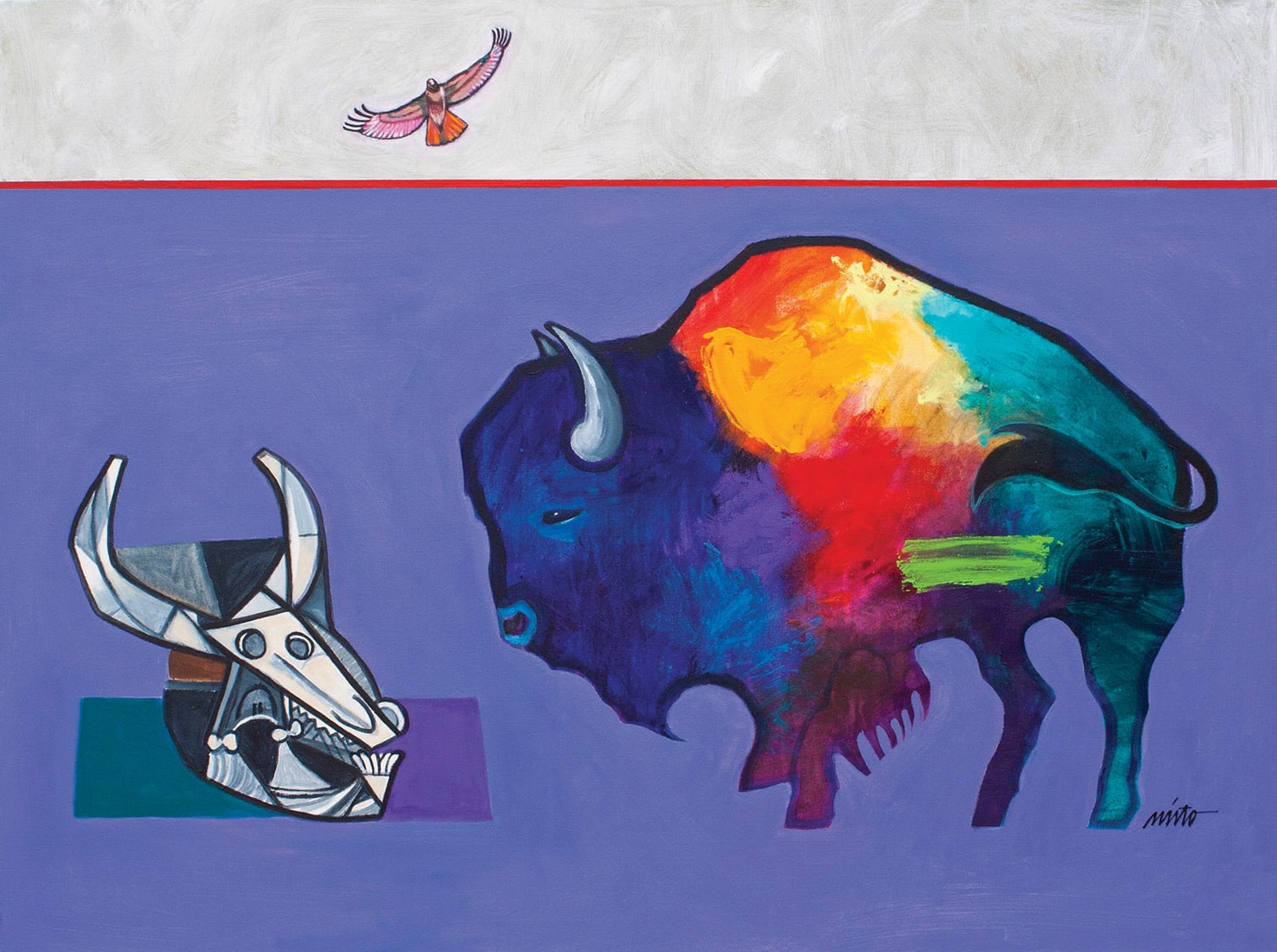 Only the most gifted artists are able to fold art history and personal history into a cohesive and imaginative new direction. Painter John Nieto, who passed away in July 2018, was such a master. Nieto is recognized as the first American artist to bring French Fauvist color to bear on subject matter that frequently included references to his Spanish and American Indian heritage. When an artist successfully tells you who he is through his artwork, its authenticity shines through as clearly as a lightning bolt against a darkened sky. 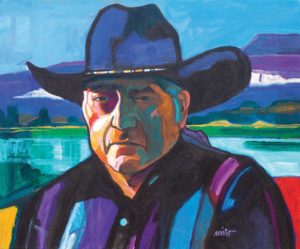 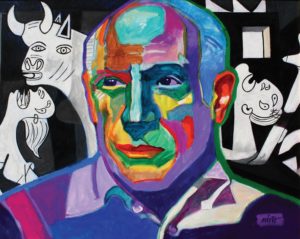 Nieto, born in Denver, Colorado, to Natalia Venegas Nieto, who was of Mescalero Apache and Hispanic descent, and Simon Nieto, of Navajo and Hispanic ancestry, was the third oldest of 14 children — seven girls and seven boys. He knew from an early age that art was his destiny, and he never stopped striving toward his dream.

A pivotal moment came when he was about 30. He had graduated from Southern Methodist University, spent time in the U.S. Army, and was working as a graphic artist. On a trip to Paris he discovered the explosive scenes of the early-20th century Fauvists and was struck by their use of pure, brilliant color aggressively applied straight from the tube, and how their art departed from traditional representation to portray strong emotional content. Upon his return to the U.S. and during the following years, Nieto would make this approach his own, with a unique American interpretation. 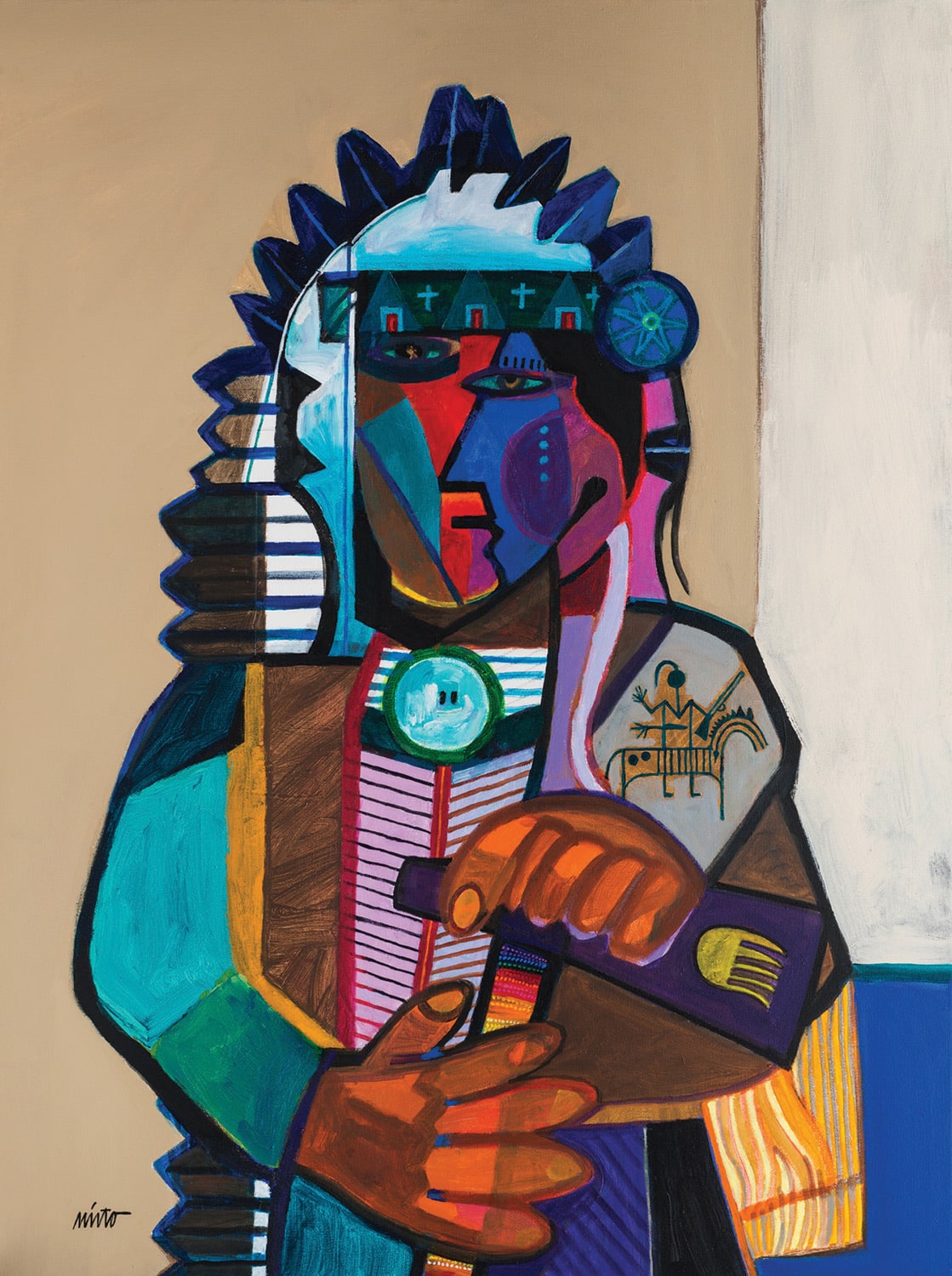 Over a 40-year career, during which the artist produced bronze sculptures, etchings, lithographs, silkscreen prints, and beautiful pen-and-ink, charcoal, and pencil drawings, Nieto became best known for his distinctive, high-chroma paintings focused on people and animals native to North America. Included in his signature style were also homages to other master painters who inspired him, including Rufino Tamayo, Paul Gauguin, Vincent van Gogh, the Fauves, Henri Matisse, Willem de Kooning, and — perhaps most especially — Pablo Picasso.

In October 2002, a series of strokes severely affected Nieto’s speech, memory, and mobility. His hands shook continuously, and he often fell. He lost all motivation to paint. For his family and fans of his art, it seemed a tragic end to an exceptional career. The Nieto they had known was no longer present.

Miraculously, in the summer of 2005, Nieto’s symptoms abated and his passion for art came rushing back along with a determination to produce a tribute to Picasso and Cubism. He painted several representations of the master, including Picasso with Guernica (2008) and Buffalo Contemplating his Mortality (2014). More recently, he created a remarkable series of Cubist-style portraits of important figures in Native American history, many of which were exhibited this past August in a posthumous 2018 Indian Market show at Ventana Fine Art in Santa Fe, New Mexico. 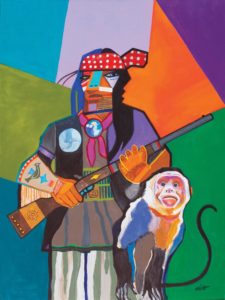 Connie Axton, owner and director of Ventana Fine Art, represented Nieto for 32 years and describes him with clear affection and admiration: “He was a quiet man… when speaking to you, he was never distracted; it was as if you were the most important person in the world. His quick, easy laugh was infectious. John lived to paint and painted daily until the last two weeks of his life.”

Wolfgang Mabry, Ventana’s sales manager, also speaks with great respect about Nieto’s lifelong enthusiasm for making art. “His work transcends description and communicates life stories and emotional histories through expressive color, facial expressions, and a consistent ability to prove that eyes are the windows to the soul,” Mabry says. “He wanted to depict his people and the intangibles that have made them indispensable figures in American history and present-day Americana in a completely fresh, exciting, and compelling manner.”

Nieto’s paintings offer a bright contrast to the man who dressed in all black. He was an original. He unerringly zeroed in on the most expressive elements of warriors, animals, and birds, dancers and drummers, celebrities and historical figures. Central figures are often simplified and strategically designed to amplify their significance and are further enhanced by the artist’s deft use of positive and negative space. Nieto’s color choices are as bold as the Western sun, as reflective of his vision as a Grand Canyon rainbow. His paintings reveal the power of an imagination never at rest, able to assertively transform everything that crosses his path into images that, once seen, burn themselves into the memory. 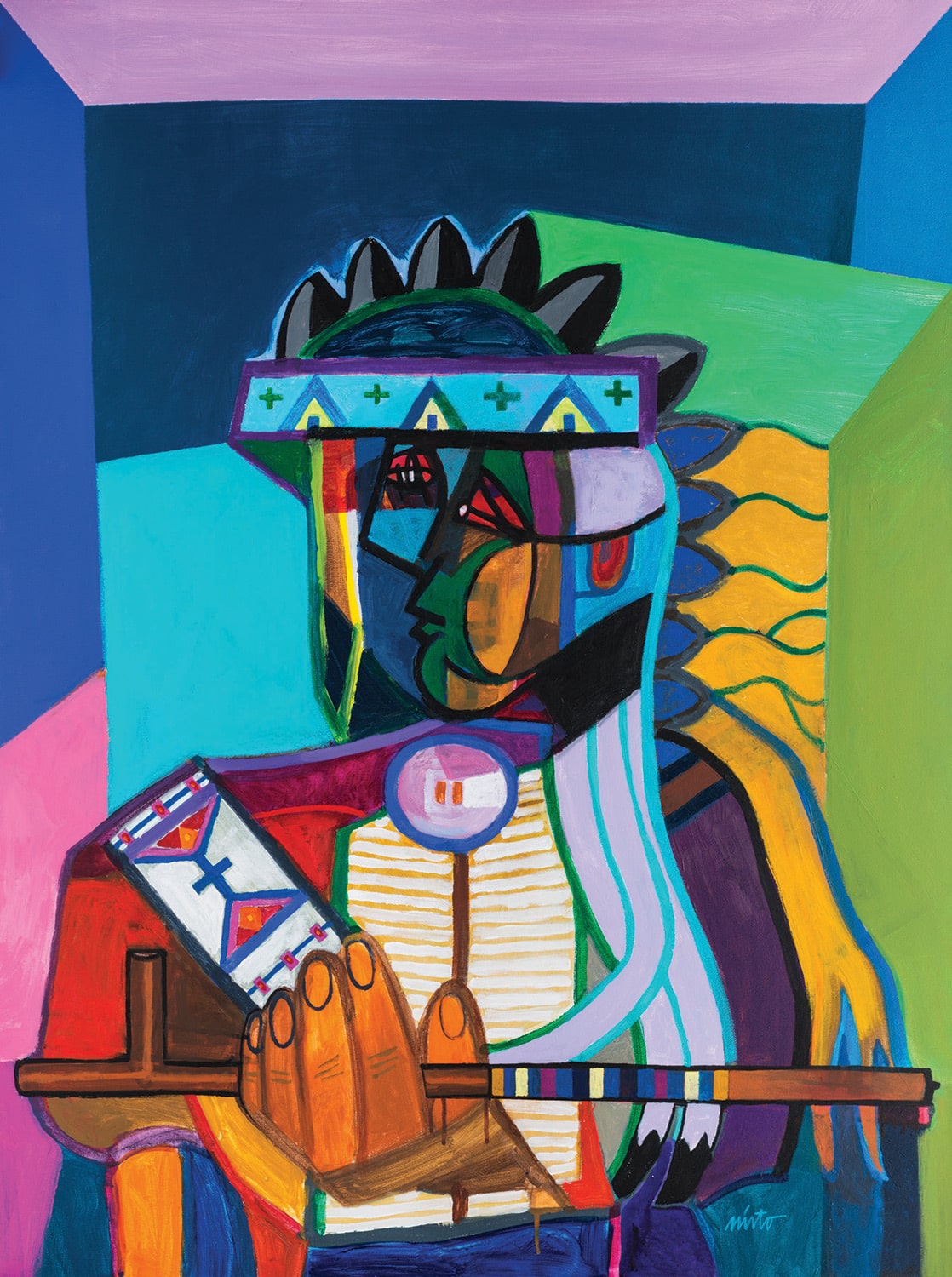 His most recent works are rich in geometric elements and symbolism. The more you look, the more you discover. Anaya Nieto, the artist’s son and owner of Nieto Fine Art in San Francisco, California, sees his father’s final show as “a reflection of his growth as an artist.” He notes Nieto’s lifelong interest in art history and Picasso’s enormous inspiration. “He loved Cubism,” Anaya continues, “because of the challenge — deconstructing an image just enough, but maintaining its true purpose. He spent hours and hours drawing and creating different versions of a subject before deciding which to put on canvas.”

In the paintings Grey Wolf and Eagle Horse, for example, it takes a moment to see how interestingly the artist shows us both frontal and profile facial views of each figure. Note his characteristic usage of both subtle and stark geometric spatial elements, horizontal and vertical lines, to keep the viewer focused on the central subject, and how he emphasizes his figures’ hands through careful exaggeration. Color choices are clearly not random — each does its job to show perspective and create a cohesive whole. Symbolism unique to each composition in this collection adds a narrative quality, a sense of history and tradition, important components of the Native American story. 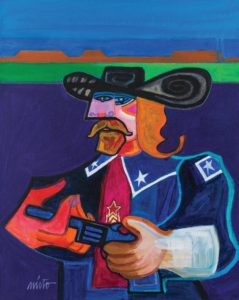 Nieto’s life was as filled with complexity as his intricately designed paintings. He loved music of all genres and played bass horn, trumpet, piano, and guitar. In the early 1990s, he could often be seen riding his Harley Davidson (black, of course) around town. He collected classic Jaguars and Corvettes, all convertibles, ranging mostly in models/model years from the 1950s to the ’70s. In the ’80s, he was known for his black hat and 1977 black Corvette Stingray. Nieto approached his days as he approached his art — with eagerness, curiosity, and gusto.

In April 2018, Nieto wrote about his fresh enthusiasm for his paintings’ new direction: “Starting a new chapter excites me and amplifies my creative energy. Picasso was a Spanish artist. His inspiration for Cubism came from visits to an ethnographic museum in Paris. I am half Hispanic and half Native American, an ethnic artist who paints ethnographic subjects. I am thankful for the best role model of all, and I look forward to discovering where my art takes me. I am sure of one thing — I am in good company.”

Nieto’s art allows us to connect with his passion, to feel the power of each image, the heart and drum beat of the man in black’s unique creative spirit. His work can be seen in galleries, private collections, and museums around the world. He will be missed, but he has gifted us with an abundant inheritance to explore and enjoy far into the future.