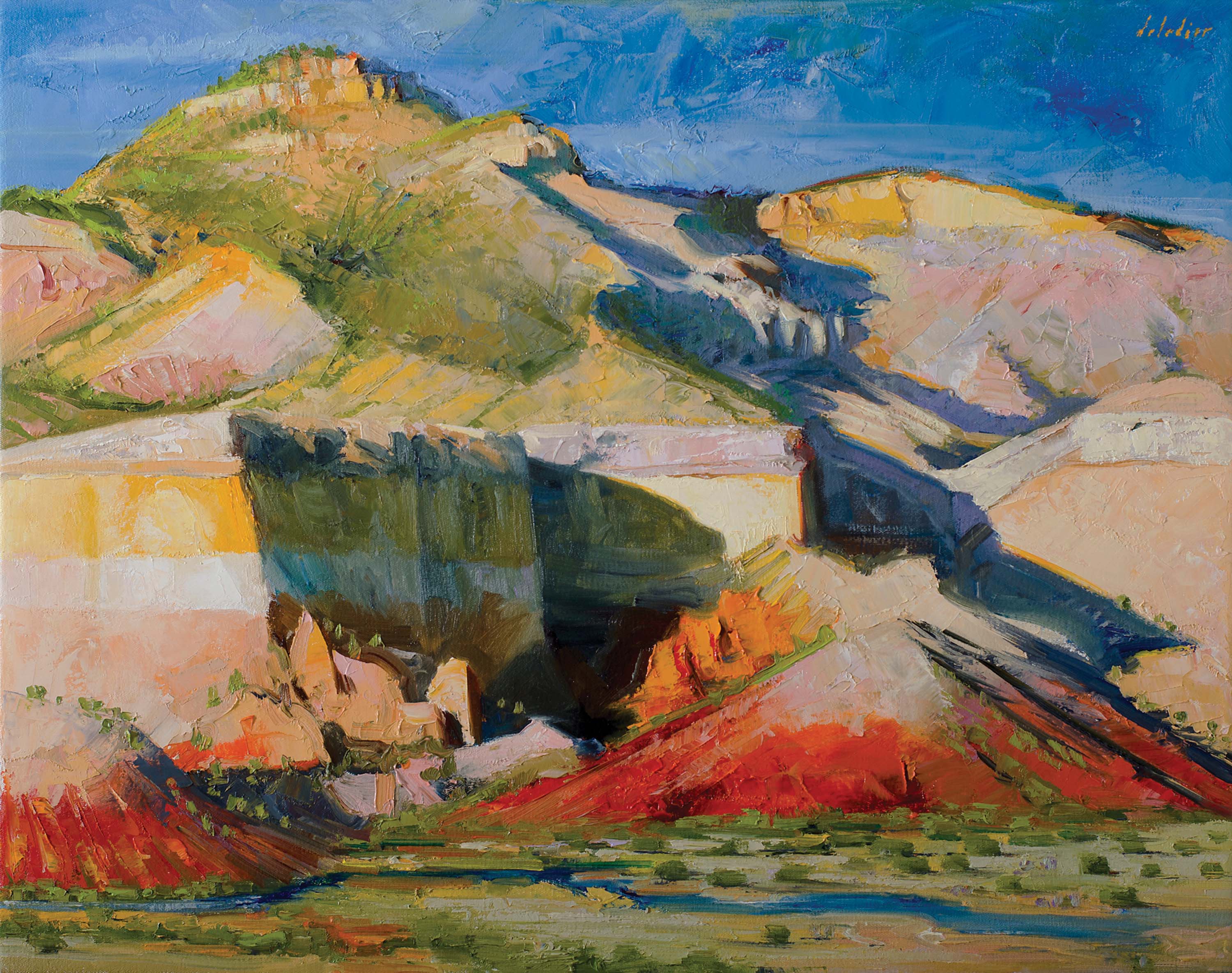 Oil painter Deladier Almeida focuses on the shape of the land, where the vertical meets the sky. Add to that an artistic heart for slanting light and the yearning to comprehend space and you can begin to understand the bird’s eye vistas of Almeida’s work.

“When I work in New Mexico and the Southwest, I’m looking at a new set of problems to resolve,” Almeida, a Californian, says. “In California the landscapes that appeal to me are in the Central Valley, not immediately accessible on the ground — it’s flat and large — to see that I need to get up in the air, so I take a plane to look at it.” Taking photographs from the air allows him to take in the landscape in a fuller way. When he goes back to the studio he can extrapolate what he sees and take in the subtle, abstract qualities he observes.

“When I go the Southwest, it’s lot more vertical,” he says. “These large geological entities, mountains and distant valleys, the bodies of water and the interaction of the sky with the land really impress me. Particularly in New Mexico. That is my interest, how those vertical elements interact and how the sky comes in with such harmonic lighting. I like to work on the edge of my immediate rational ability to see things and respond in a shorthand way. It’s almost like being a painting stenographer, to simplify these elements into a painterly content.”

Almeida is not only exploring the land, but he is speaking to the medium of oil paint as well.

“I’m painting paint as much as what I see,” he says. “The thickness of the paint — I pay attention to the method of paint. How light reflects and gets absorbed by dark and light pigment. It’s a pleasure to see the paint as not just a visual message but also in a tactile sense. I allow the oil paint to have that voice.”

Almeida is a figurative painter, so he looks at the land – scape in a figurative way, permitting the paint to speak for itself while maintaining his own sense of self.

“I paint what I see, but the intention is to allow the calligraphy of that, personally, to be part of the content,” he says. “We’ve gone past the time where schools of art determine things. We have better knowledge of color, scientific ways to look at the visual experience, we know the mechanics of paint and painting — so everyone now has his own school.”

Philosophically, Almeida feels each painter is on his own journey, creating a world where he can exist, expand and delve into the relationship between himself and the work he makes.

“The beauty and difficulty of painting is your own,” he says. “You are responsible for creating your own universe as a painter. The more you can forward your own language, that’s the extent that your work will be relevant and successful. The joy of seeing light: It’s a lovely way to spend your life, looking at the beauty, to engage in it and expand it, make it visible to others so they can be part of that trip.”

He is represented by the Blue Rain Gallery in Santa Fe, New Mexico and Scottsdale, Arizona; Caldwell Snyder in San Francisco, California; and the Knowlton Gallery in Lodi, California. 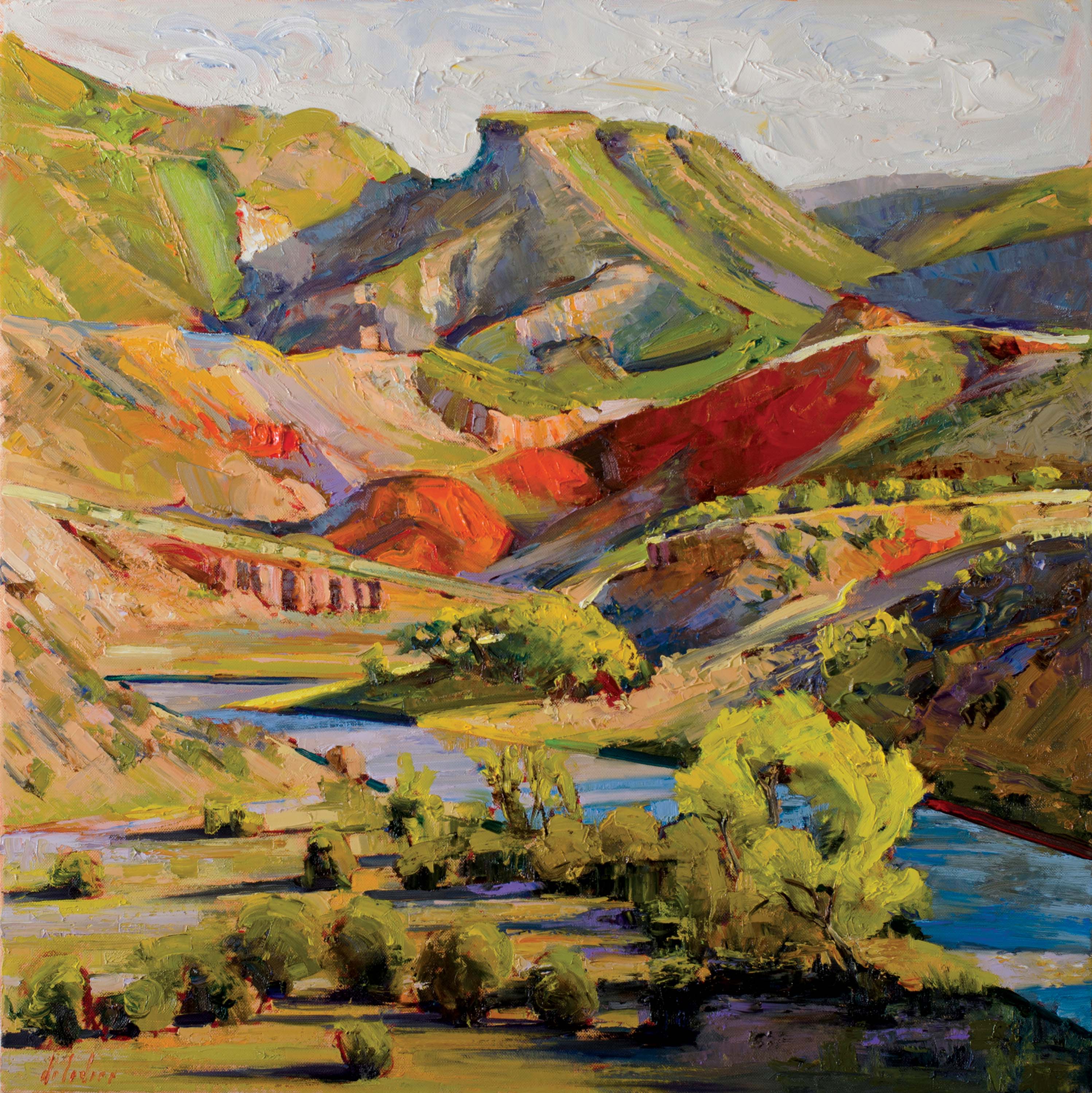 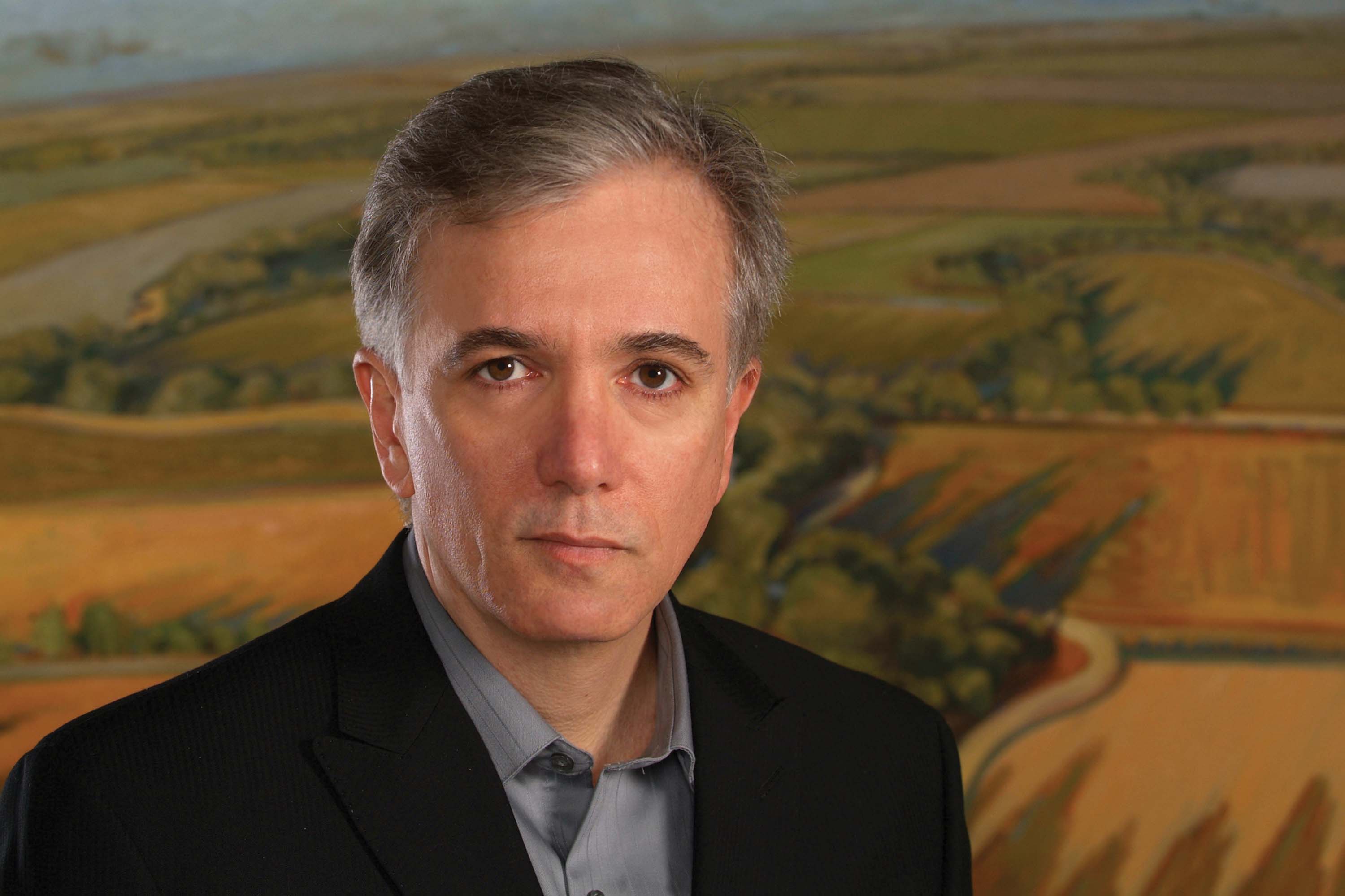