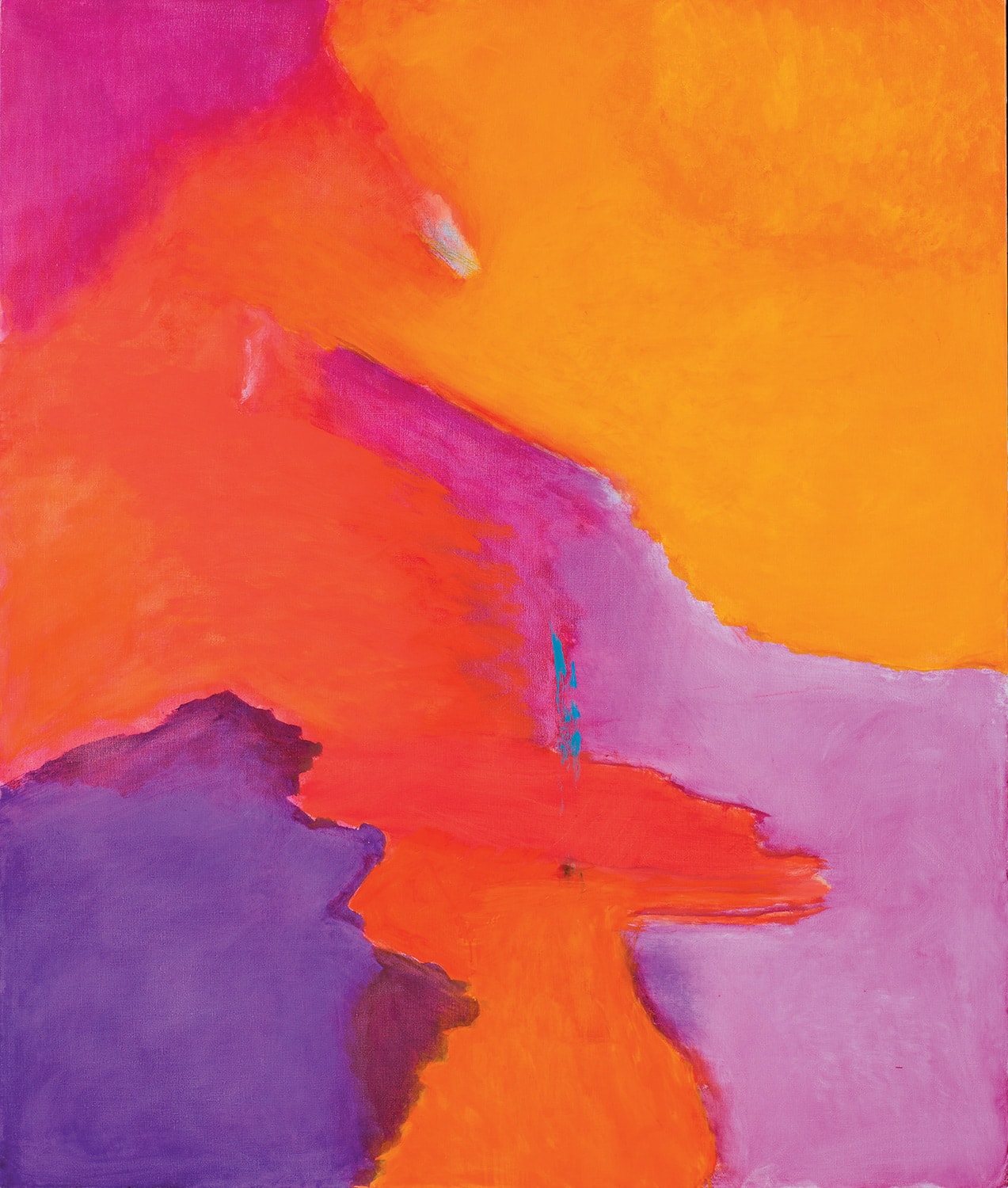 THERE ARE NO BOUNDARIES IN THE WORLD OF COLOR. Travelers who wander there find it filled with infinite possibility, a universe limited only by their willingness to experiment, explore and reach into the unknown. Painter Emily Mason has followed her intuition into these lands for more than six decades, traveling through the looking glass to produce an original body of work that mesmerizes and excites its viewers as few American abstractionists have done before. 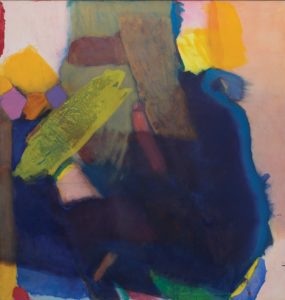 Robert Motherwell is credited with having called abstract expressionism “the greatest painting adventure of our time.” Perhaps so, but it is those such as Mason who are still expanding that genre today and have carried it into fresh territory. The adventure continues. As in jazz, improvisation propels Mason’s art to new heights as she applies her well-honed gestural and color-field sensitivity to riffs of intense color and bold vibrational passages.

Born and raised in New York City — the daughter of Alice Trumbull Mason, a founding member of New York’s American Abstract Artists — Mason graduated from New York’s High School of Music and Art, studied at Bennington College for two years, and attended and graduated from Cooper Union, a distinguished college of art, architecture and engineering. In 1956, Mason was awarded the first of two Fulbright grants to paint in Venice, where she fell in love with Italy and married German-born American artist Wolf Kahn. It was a time of growing expertise: “At the Accademia di Belle Arti di Venezia I learned techniques, how art was taught,” she recalls. “Class was very structured, very hierarchical. The maestro and his top student had the prime spots in the room by the big window … while the rest of us were made to cope with a single light bulb. I only spent three months there before setting up my own studio on the island of Giudecca.” 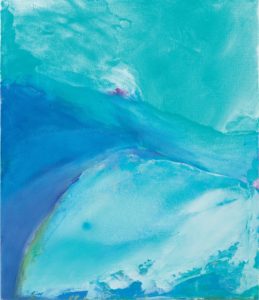 Young artists often experience immense pressure to follow the artistic visions of those whose work has influenced them. Among her teachers and influences, Mason names her mother “first and foremost,” and says she was “looking at Joan Mitchell.” Jack Lenor Larsen, an internationally known textile designer, taught her about possibilities with color, especially the idea of analogous color. But Mason has always pushed boundaries. She took in the world around her and molded it into her own original voice, following an intuitive process that guides her to this day.

Mason maintains two studios, one in New York City and the other in Vermont, where she resides in summer. Each location stimulates her work uniquely: “Growing up in the city was [and is] very important because of its energy and exchange of ideas,” she states, “but it is important to balance city life with experiencing nature. … Winter in the city is the time for the fermentation of ideas — summer is my time to carry them out.”

During a recent interview, while a blizzard roared outside, it was clear that Mason’s Manhattan studio reflects her approach to the world; it is warm and life-affirming. Two skylights and large windows flood the area with light and provide views of the Empire State Building to the north and the World Trade Center Monument to the south. Around her are an abundance of plants, shelves crammed with art books, and her own works in progress. Walls are hung with original artworks by friends and family, including a Marsden Hartley, a Matisse drawing, a “little Gorky, a Charles Demuth flower watercolor and an old still-life by Hans Hofmann,” among many others. This studio contrasts sharply with her relatively tiny space in Vermont, which was formerly a blacksmith’s shop and is long and narrow, giving her the advantage of being able to observe a painting 70 feet away as she contemplates her next move. Working back and forth in two such different environments allows the artist to see fresh possibilities: “Time is one of the important ingredients — it gives me space to daydream and keep making discoveries.” 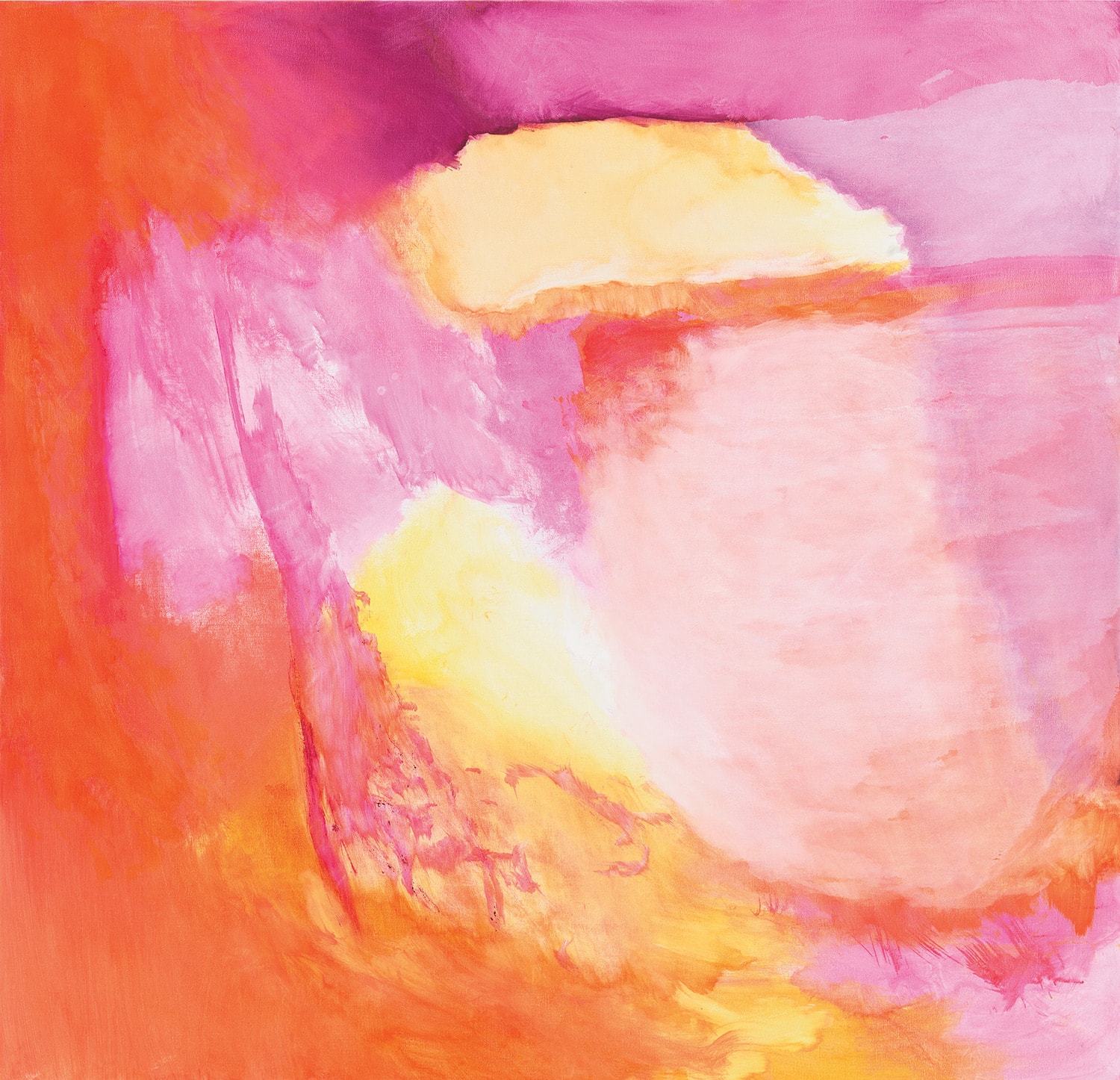 Inspirations for Mason’s paintings do not arrive as a single, complete vision, nor does she believe in preparatory studies or drawings, which can confine results. Each evolves out of an interpretive dialogue between color, form and texture — a progressive interlocking and merging of non-representational elements that begin with a base and build to a crescendo as each new layer, juxtaposition or stroke is chosen. The first application of paint on a fresh canvas is followed by the next, which is a direct commentary on or response to the first. Keeping each color separate in used cat-food tins, but at times varying viscosity, Mason only mixes on the canvas, in context, rather than on a palette. She never uses black and rarely white, and emphasizes process over image. 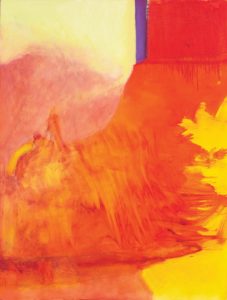 Mason might dribble a puddle of cadmium orange onto the canvas, tilting it this way and that to see what transpires, or move paint around with rags, employing both additive and subtractive procedures. Varying thin and thick layers, she might blot a passage with absorbent newsprint and transfer a portion of the color elsewhere in her composition. She might juxtapose two bold hues and then see that the insertion of a bright bar of cadmium red or purple is needed to anchor the painting’s energy. It’s a neverending dance of call-and-response guided by well-honed instincts arising from decades of experience. There’s a sense of risk with Mason’s approach, but also a shiver of excitement as she pushes to “get the mind out of the way,” to allow for revelation.

Recent works show compelling examples of Mason’s seasoned wizardry. In Summer Loft, deep vibrational strokes of cadmium orange, blotches of vermillion and layers of hot pink and yellow washes bleed into one another, portraying a fluidity as evocative as the sweep of a bullfighter’s cape. Unlike some non-representational works that offer only a chaotic collection of mark-making, Mason’s paintings contain a literate cohesion in their passages, a sense of invitation and poetic potential. Some, such as Cold Spell, pull us into a vertiginous glimpse of the unknown and an associative flight of imaginings, while Up River reminds us that although Mason’s art has often been called poetic, it is seldom the soft, meandering poetry of day dreams, but more often the passion and intensity of midnight adventures. These are the works of an artist who has seen much that life has to offer and embraces it heartily. 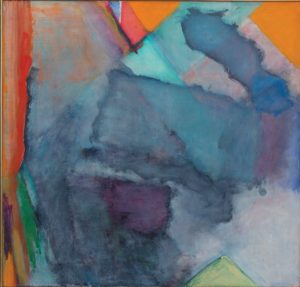 Mason exhibits her paintings in New York City at the Miles McEnery Gallery, and LewAllen Gallery in Santa Fe, New Mexico, where her work has been enthusiastically received in the Western U.S. Her upcoming solo show opens on April 27 and runs through June 3. Louis Newman, director of modernism at LewAllen, has a shared history with Mason that extends more than 20 years, beginning when he was director of Manhattan’s MB Modern Gallery and then the historic Findlay Gallery.

“Emily’s luxuriant use of saturated and unsaturated color washes can be both simple and complex. While fashions have come and gone in the art world, she has remained true to her own independent vision. There is no one whose work is quite like hers,” Newman says. “Clients develop a deep affection for her works and repeatedly share how much the paintings continue to provide a renewed sense of joy and excitement. Emily is a sensitive and contemplative artist, and she successfully conveys that onto her canvases. Her ability to express a lyricism and mystery through paint, her carefully perfected methods of paint application, and her use of color and gesture all come together to make her work truly distinctive.”

Mason is also an experienced printmaker whose refined Carborundum process produces a signature spectrum of stunning results. She is not slowing down — there are still universes to explore, new borders to cross, rapidly evolving worlds of color as yet undiscovered.