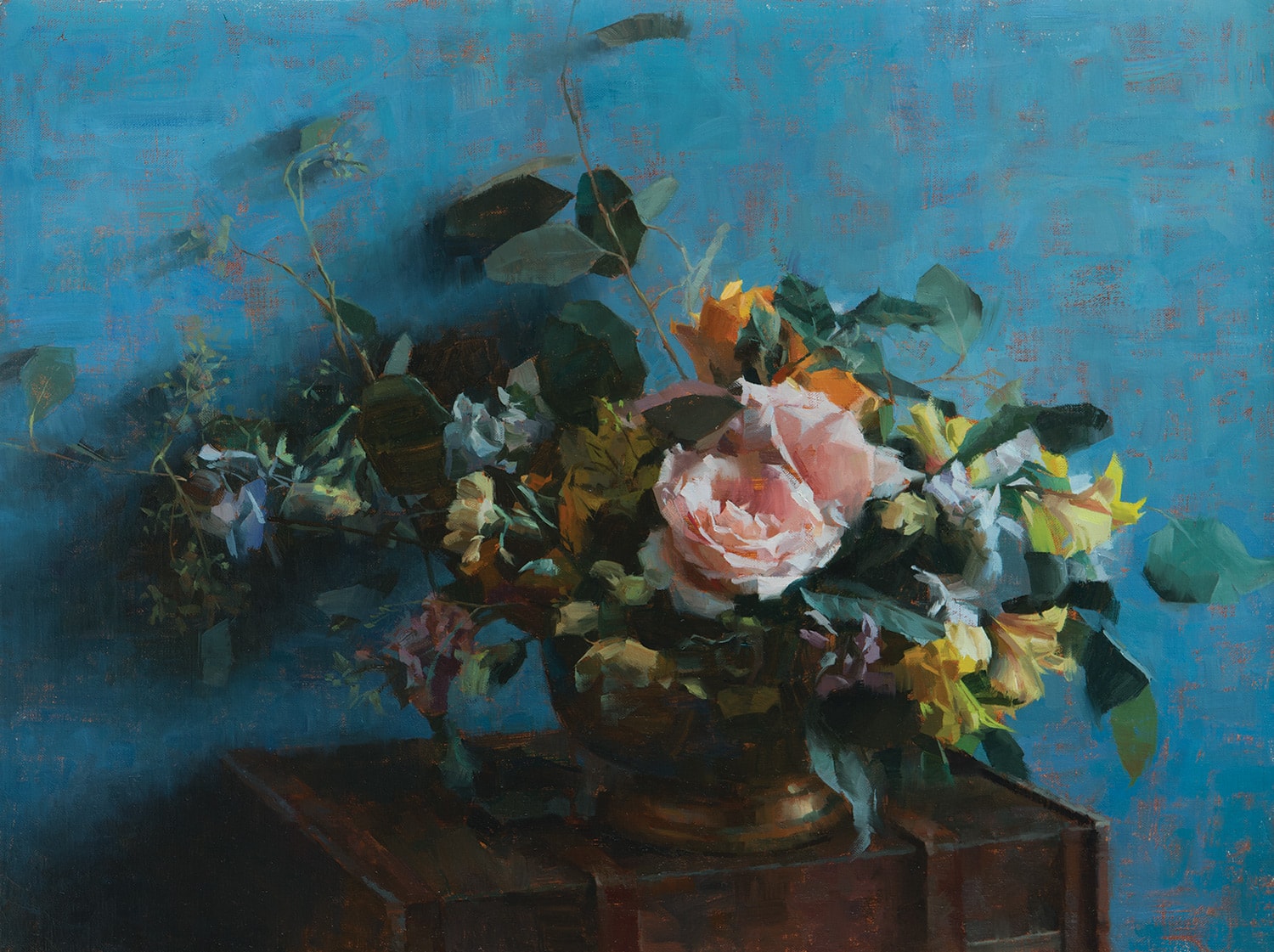 By the time oil painter Brittany Weistling was in high school, she had already shown at the Masters of the American West exhibition at the Autry Museum in Los Angeles, California. Her parents, both fine art painters, encouraged her and tutored her along the way. 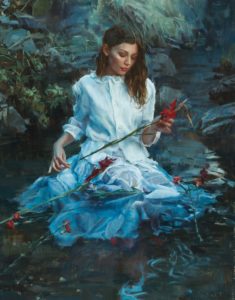 “Since I was a toddler, I’ve been learning how to draw, partly by teaching myself, and my parents taught me so much,” Weistling says. “When I was in high school, I decided to become a professional artist. I didn’t want to stop the momentum by going to college. My parents and I each have our own separate studios. It’s a very supportive environment. Whenever we want a critique, we know who to go to. It’s wonderful. I keep myself fresh with figure drawing by attending local classes. It trains my eye and keeps up my skill.”

Weistling’s gentle portraits bring to mind an era of simpler, though not easier times. For her, it’s the idea of painting something not seen often these days.

“I love to think about light, I want to create drama and mood using light,” she says. “And all of my subject matter has an Old World quality to it. In this era, I like viewing my paintings as if they’re a window into the past. It’s more interesting and more romantic to paint people in clothes from a different era, rather than contemporary outfits.”

For Weistling, the Victorian clothes appeal to her artistic sensibilities. “It’s funny how everyday workers in the Victorian era had a style of clothing that today would be so complicated — to dress the way they did and do their hair the way they did, the layers of skirts that even the working class would wear; I find that really fun to paint,” she says. 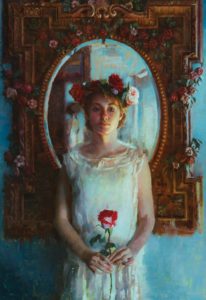 She started out painting wildlife and roses, but once she tried painting portraits there was no turning back. “There is something about drawing people that is so challenging, and I love a challenge. I love the complexity of the human figure. It’s something that takes a lifetime to really master. There’s an endless possibility of poses that are all so beautiful, I just want to try to capture them all.”

Usually her work is triggered by a spark of inspiration. “It could be a scene from a movie where I think I want to create that mood. I’ll have an idea in my head of location, time of day.”

She’ll sketch the scene and create a rough color composition, then look for models. Once she decides on her models, she dresses them up in one of the many outfits she keeps.

“I have a shed full of clothes I’ve collected over the years that range from the 1500s to the 1920s,” Weistling says. “Then I’ll take them out on location, I have a few spots I like to go to near the Angeles National Forest with lots of places for me to set up my models.” 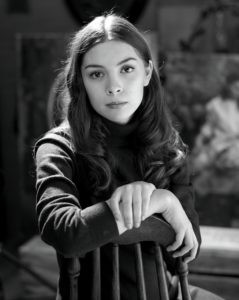 In addition to the Masters of the American West, Weistling has exhibited work at the National Cowboy & Western Heritage Museum in Oklahoma City, Oklahoma, during the museum’s Small Works, Great Wonders show.