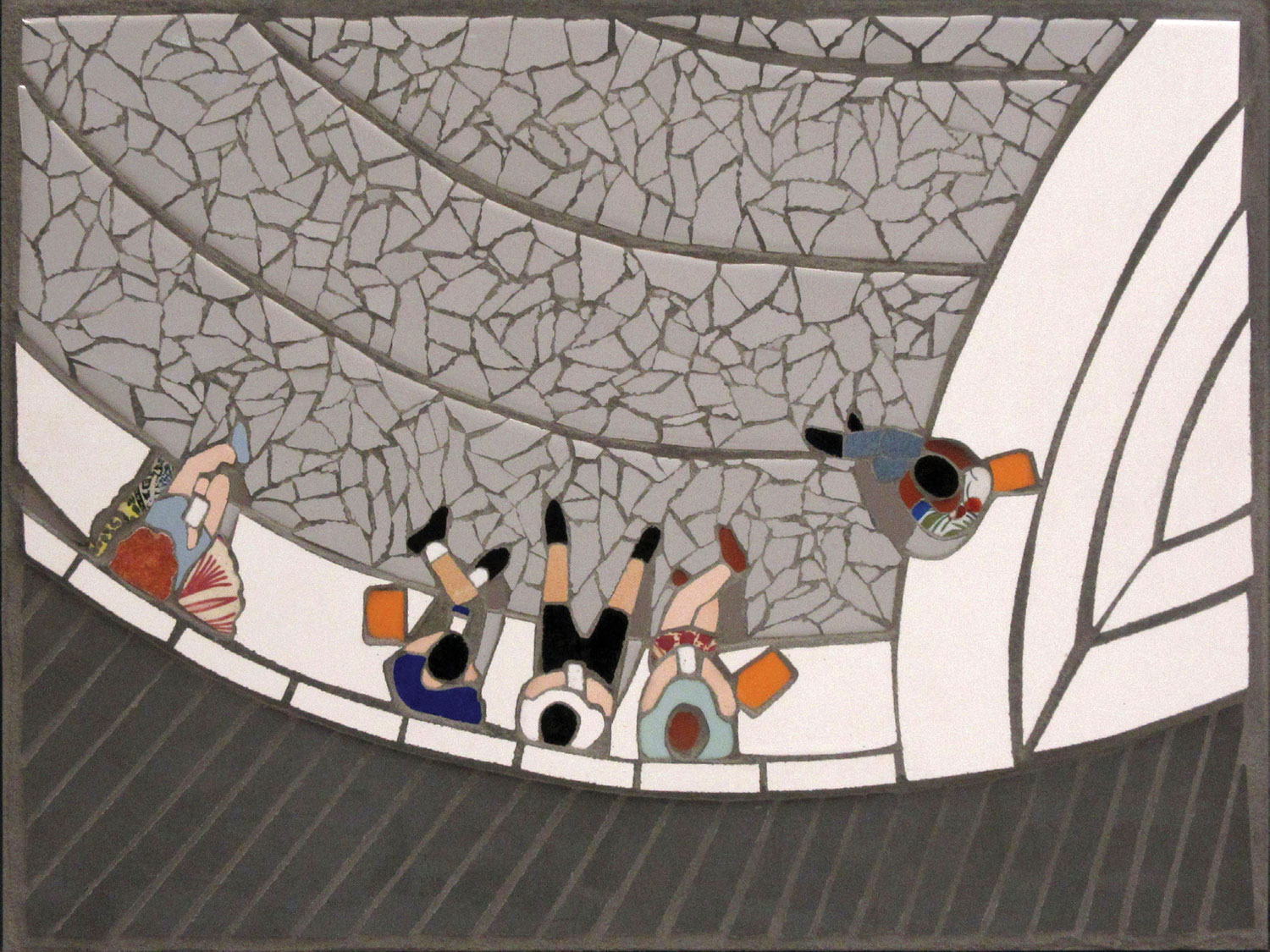 Mosaic artist Marlea Taylor began her fine-art career in printmaking. But frustrated with the limits of working on paper, she decided to delve into mosaics, using tiles and repurposed broken pottery and plates. She hasn’t looked back since.

“I’m a retired teacher and taught kindergarten through eighth grade,” she says. “I was trying to get those eighth graders through April and May. I’d tried mosaics in the past, so I ordered some tiles in pretty colors and big quarry tiles. The kids just loved it.”

At that point, Taylor still worked in prints. When she saw how much the kids learned from the art project, she bought three colors of tile — white, black, and red — and went about experimenting for herself. “I had a great old time,” she says. “I didn’t have to worry about the paper. I like the permanence of mosaics, and I don’t have to fight with it.”

When she retired, Taylor traveled around the Mediterranean visiting old ruins, viewing historic sites, and admiring the tiles and mosaics used throughout thousands of years of art. She also began collecting tiles from friends who were renovating their homes. “I have good friends who have redone their houses, and I often find a beautiful pile of tiles sitting in front of my door,” she says. A friend came over with a broken vase her cat knocked over. It became a piece called The Great Wall of China. “I get the scraps that would’ve been thrown away, and people are grateful they didn’t have to throw it into a landfill,” she says. “It’s a give-and-take with the world.”

Aside from the colorful tiles, she incorporates beads and bits of copper for accents. “I just did a commission with pieces of copper piping — there are opportunities to put these surprises in there,” she says. “What’s fun is the scale. I love creating these large pieces with tiny treasures nestled in them.” 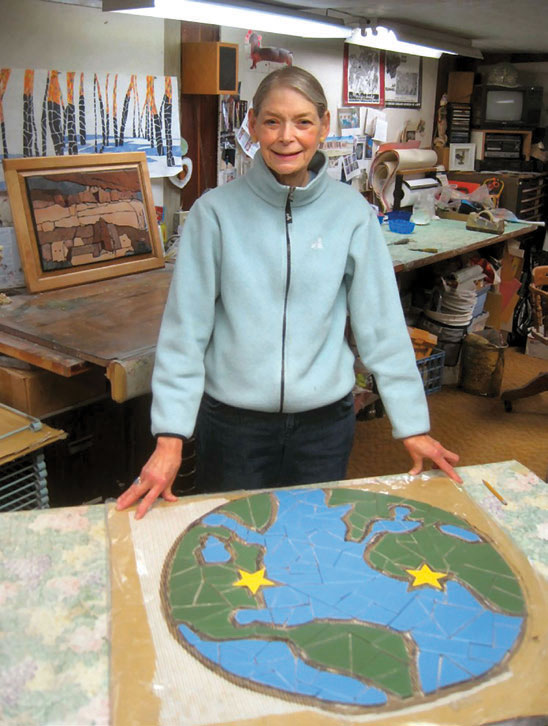 The first thing she does when starting a new piece is to draw the design to scale. Then she makes one color copy and one black and white copy. “I learned this from prints,” she says. “I trace the drawing with carbon paper onto the tile, then I cut the pieces with a couple of saws and a glass grinder so I can get the pieces into any shape I want.”

Taylor calls herself a “cause” person as many of her mosaic pieces speak to the causes she believes in, such as the danger of brain injury in football, the fire that destroyed Notre Dame, and the Wounded Warrior program, which supports soldiers returning from war with both bodily and psychological injuries.