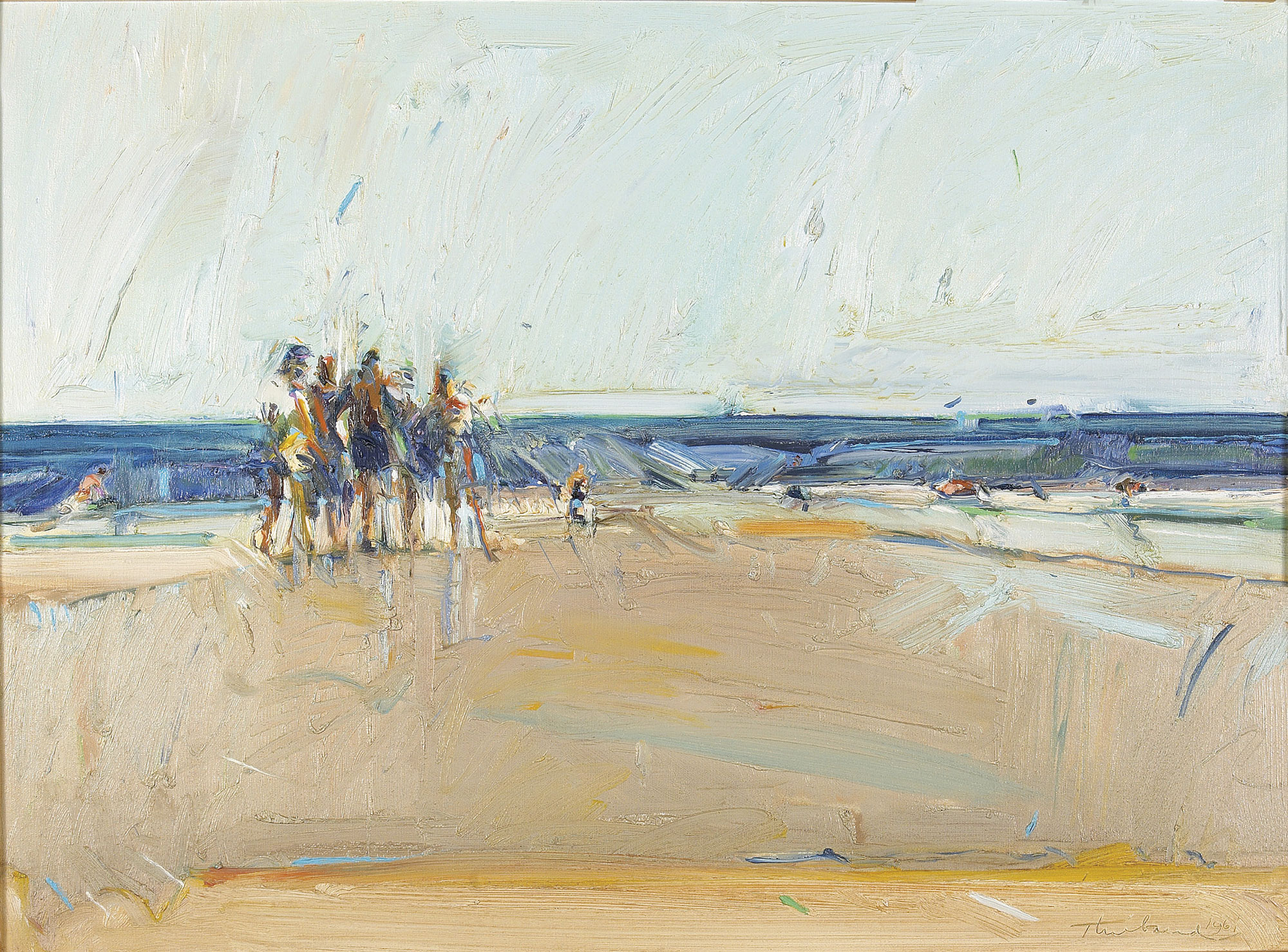 In December 2008, economists announced that the United States was officially in a recession. The news sent the stock market plummeting once again. Amidst this financial turmoil, the fine art market holds its breath, not wanting to burst any bubble that may still be afloat. Auctions and sales arranged months before the downturn carried on with lower results, but there is a collective sense of relief that buyers are still looking to the fine art market at all.

Contrasting a decade of record-breaking sales at auctions on both coasts, the fall and winter season showed a slowdown in fine art purchases. Major auction houses tried to put a positive spin on the lackluster sales, but Sotheby’s and Christie’s New York Contemporary Art auctions failed to meet even low estimates for total sales. News sources from the BBC to The New York Times, reporting on high-profile domestic and international art auctions, have stated that the art market is in limbo.

Yet there are still buyers for fine art. Patrons and collectors continued to support art sales and auctions despite bad news. On the upside, prices held steady for established masters of Western, Impressionist and Contemporary works, though fewer works sold. Economic recession is a time of correction in an inflated market and a potential opportunity to make excellent investments at relatively good prices.

From Sotheby’s New York to the Santa Fe Art Auction, experts spoke cautiously that the market is still steady. So while pessimists say the bubble has burst, many art industry insiders say this is simply a well-needed reality check.

Perhaps the most significant mark of this auction was not the final figure of a solid $25,509,375 in a challenging market, but the list of notable Western artists who added to this romantic collection that depicted American life through the eyes of 19th- and 20th- century paintings, drawings and sculpture. While the final sale price for the 183 lots edged to the low or mid-range side of the spectrum, works by C.M. Russell, Georgia O’Keeffe, Nicolai Fechin, Joseph Sharp, Randall Davey, Robert Henri, Freemont Ellis and Walter Ufer, among others, drew strong bidding. These artists were given credit beside other fine art heavy hitters such as Albert Bierstadt, Francis A. Silva, Winslow Homer, Andrew and N.C. Wyeth and Norman Rockwell, as they should be. The total hammer sales and the diversity of the subjects represented at this sale should stand as a banner that Western art continues to be in demand among collectors.

Celebrating the whimsical works of California Contemporary art, Bonhams brought in total sales of $1.8 million for this small auction. From the Modernist paintings of the mid-20th century to the genre-defying work of today, the auction featured a wide range of media that illustrated California’s rich cultural heritage. Auction records were set for artists such as Joan Brown, Claire Falkenstein, Lee Mullican, Manuel Neri, Wallace Berman and others. The sale was simulcast from Los Angeles to San Francisco and attracted bidders from across the United States, along with telephone bidders in Denmark, Israel, Great Britain, France and Lithuania, despite the regional focus of these works.

High marks at the show were two Wayne Thiebaud beach scenes from 1961; they exceeded pre-sale estimates. Mexican Beach Boys sold for $240,000, while The Players brought $228,000.

“Thiebaud paintings from this period are rare at auction,” noted director Holly Sherratt.

Overall, 80 percent of the lots sold, indicating that the art market may survive one of the worst economic slumps in U.S. history.

The 2008 Santa Fe Art Auction was held in the newly opened Santa Fe Community and Convention Center, a culturally significant LEED-certified green building constructed discreetly in the middle of the historic district. In the spirit of this culturally significant building, the annual auction proudly featured its first “green” auction piece, Lagoon, by Subhankar Benerjee, with all proceeds going to the non-profit group, Global Green.

Expectations going into the sale were conservative considering the continuing uncertainty with global economic conditions. Executive director, Peter Riess, was pleased with the day. “We sold about 70 percent of our lots, and considering what’s happening with the economy, we wouldn’t have been surprised if that number had been 50 percent. We saw about $2 million of sales and expect a lot of post-auction sales.” Riess was enthused about the record number of clients bidding via the Internet; 22 lots, or just over 10 percent of total sales, were sold online.

One of the high sellers of the show was Untitled (Estes Park), by Birger Sandzen (1871-1954). Considered a more recently collected painter, Sandzen’s piece brought in $145,600 from a telephone participant, well above the $60,000 – $80,000 estimate. After the spirited bidding, Denver-based fine art dealer Neal Smith commented on the excellence of the work. “It is a classic and prototypical example of Sandzen’s work. It has everything: high-key color, muscular composition, slash-and-burn brushstrokes with a moonrise and reflection. This artist is one of the stars on the horizon.”

Sandy Wright, a Willard Nash collector from Houston, has been a participant in the auction for the past three years. “It was quieter than in past years and there were some wonderful buys. I purchased a Willard Nash and am very happy with the value. He exhibited with Georgia O’Keeffe and died young. He had a style that people compare with Cézanne. It was a well-done auction.”

Peter Riess summed up the day by observing, “People are still spending money on paintings. There are still buyers and the market still has strength. It’s still a good time for value and investments.”

The benefit for the famous Pilchuck Glass School raised more than $800,000 in one night. Philanthropists and fine art buyers participated in lively bidding on studio art pieces from Dale Chihuly, Richard Royal, David Bennett and Preston Singletary, among others. Held each year at the Westin in Seattle, Pilchuck’s annual glass auction offers the best in contemporary glass art, showcasing works by internationally renowned masters as well as outstanding new talents. The black-tie gala included a five-course dinner, along with live and silent auctions of more than 350 original works of contemporary art glass.

Founded by Dale Chihuly in 1971, Pilchuck is recognized as a worldwide leader in the medium of glass and a center for fine art-glass education.

This auction didn’t set any sales records or make headline news, but with total sales of $2,418,812, it’s a quiet indicator of a market that still lives. The sale of mostly 20th-century American works also featured a handful of Western artists from the Cowboy Artists of America Association. Works by Charlie Dye, Fletcher Martin and William Herbert Dunton sold at or above the estimate prices. A violent, Modernist oil-on-canvas by Fletcher Martin (1904-1979), entitled The Attack on the Wagon Train, fetched a realized price of $32,500, higher than the $25,000 pre-sale estimate. Likewise, a foreboding image in oil from Dunton, called Follerin’ the Tracks, sold for $170,500, well in range of the $150,000 – $250,000 estimated price. Of the 115 lots offered, just more than 50 percent sold on the day of the auction.

Rounding up the exclusive members of the Cowboy Artists of America at one of the premiere events for Western art in the United States, the 43rd annual sale and exhibition proved to be another success. This is the only time of year when the entire active CAA membership exhibits together, showing oil and water-soluble paintings, sculptures, drawings and other media. This ticketed event, which attracts hundreds of collectors from around the world, is a full weekend of activities ranging from art demonstrations to gallery tours. The event took place at Phoenix Art Museum, where the collection was also on exhibit until November 18, 2008. The sale grossed more than $1.6 million.

Traditionally, 11 medals are awarded to Cowboy Artists of America members for exemplary artwork in the exhibition. This year marks the first year for the Traditional Cowboy Art Association Award.

This year, the Western Art Associates’ Kieckhefer Award for best in show went to John Moyers for his painting, The Shadow of Doubt. The winner of the CAA Award for best overall exhibition, which is voted on by the entire CAA membership, was Bill Owen. The Ray Swanson Memorial Award, which is given for a work of art that best communicates a moment in time and captures the emotion of that moment, was presented to two accomplished artists: Herb Mignery for his sculpture, The Last Gate, and Martin Grelle, for his painting, Newlyweds.

Past award winners include Howard Terpning, Robert Lougheed, Kenneth Rile and Gordon Snidow, among many others. Founded in 1965, Cowboy Artists of America is the oldest association of its type in the country. The annual sale, organized by Phoenix Art Museum’s Men’s Arts Council, is one of the museum’s most successful fundraisers, with a portion of the proceeds benefiting the museum and its Western Art Endowment Fund. 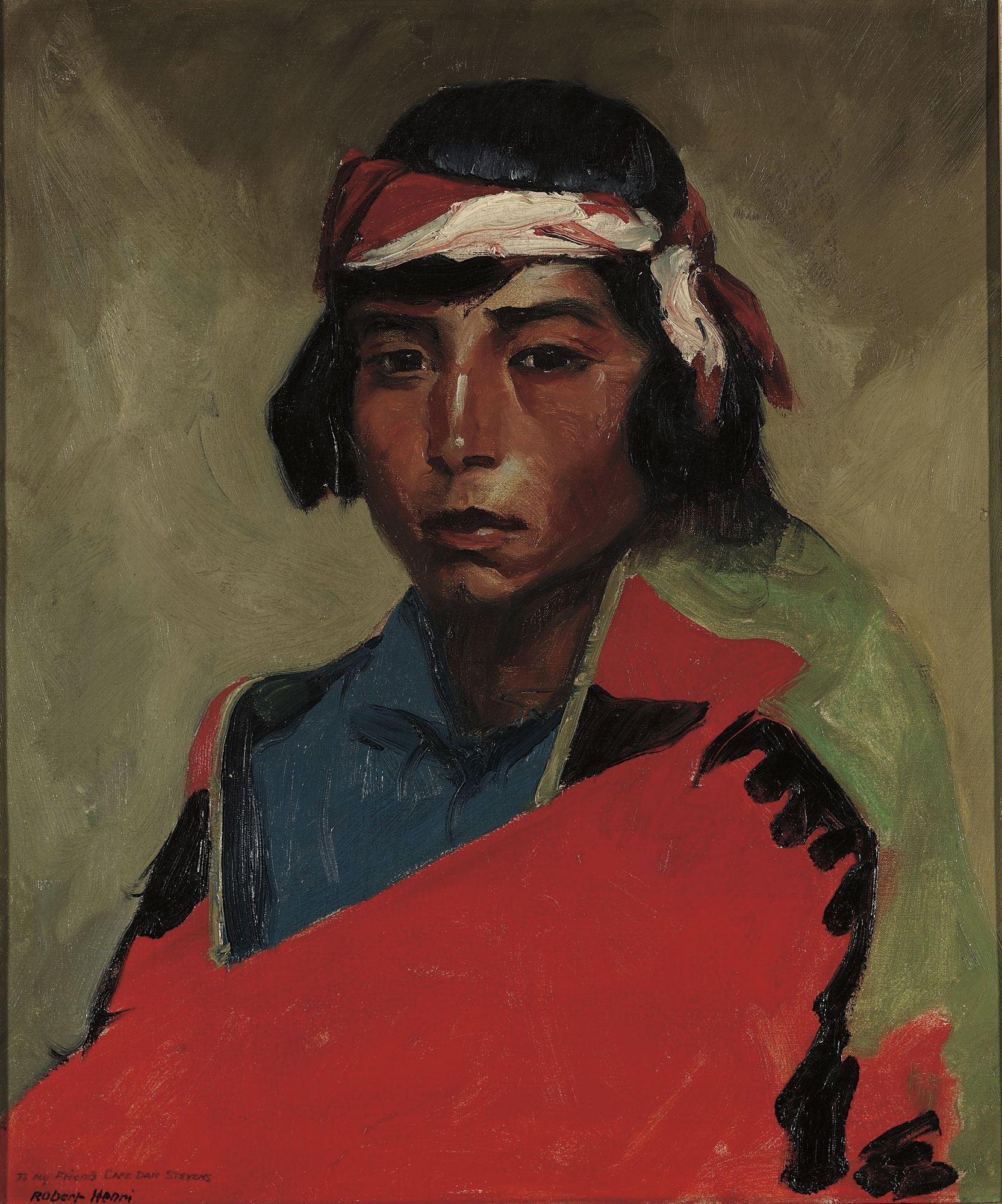 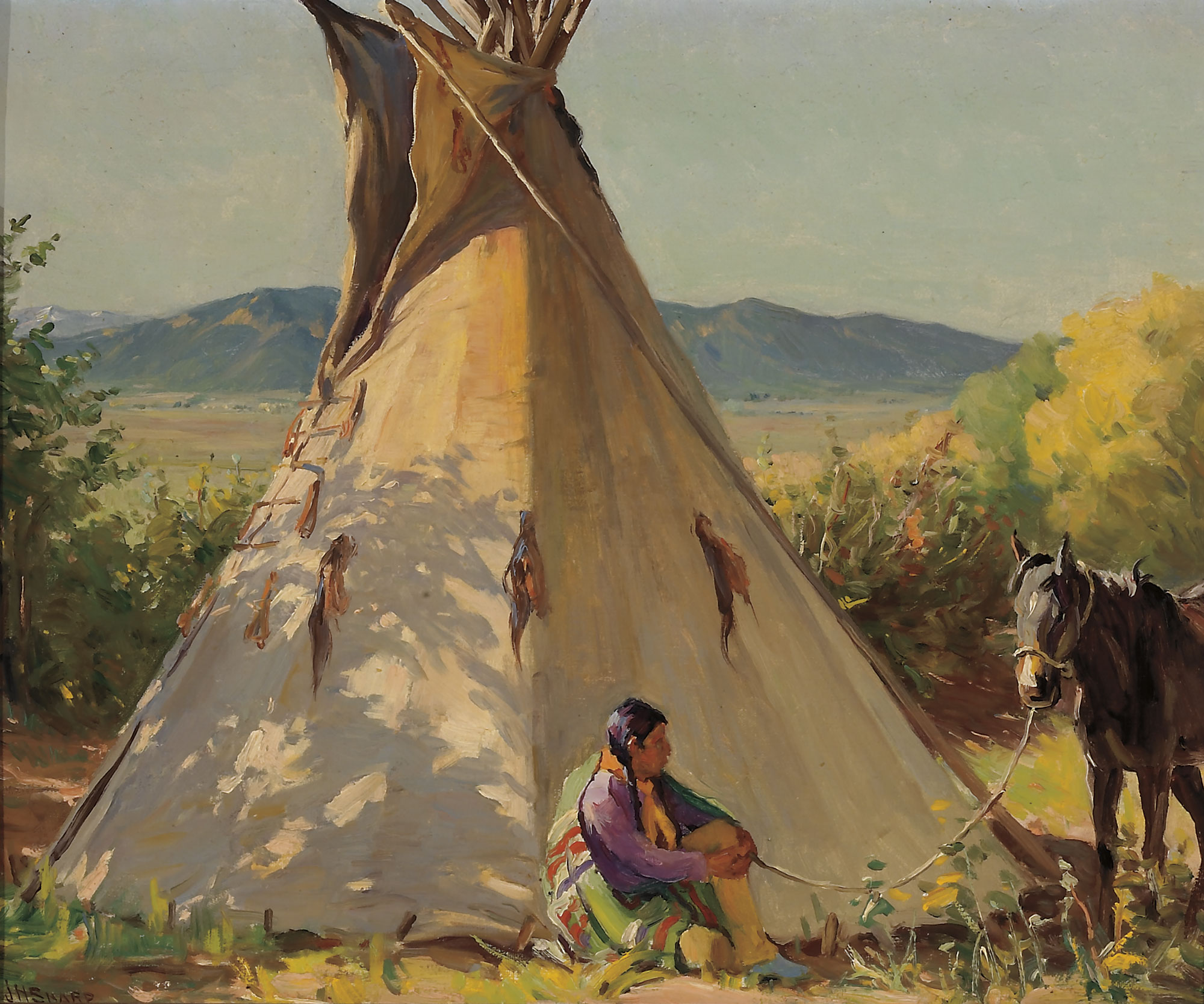 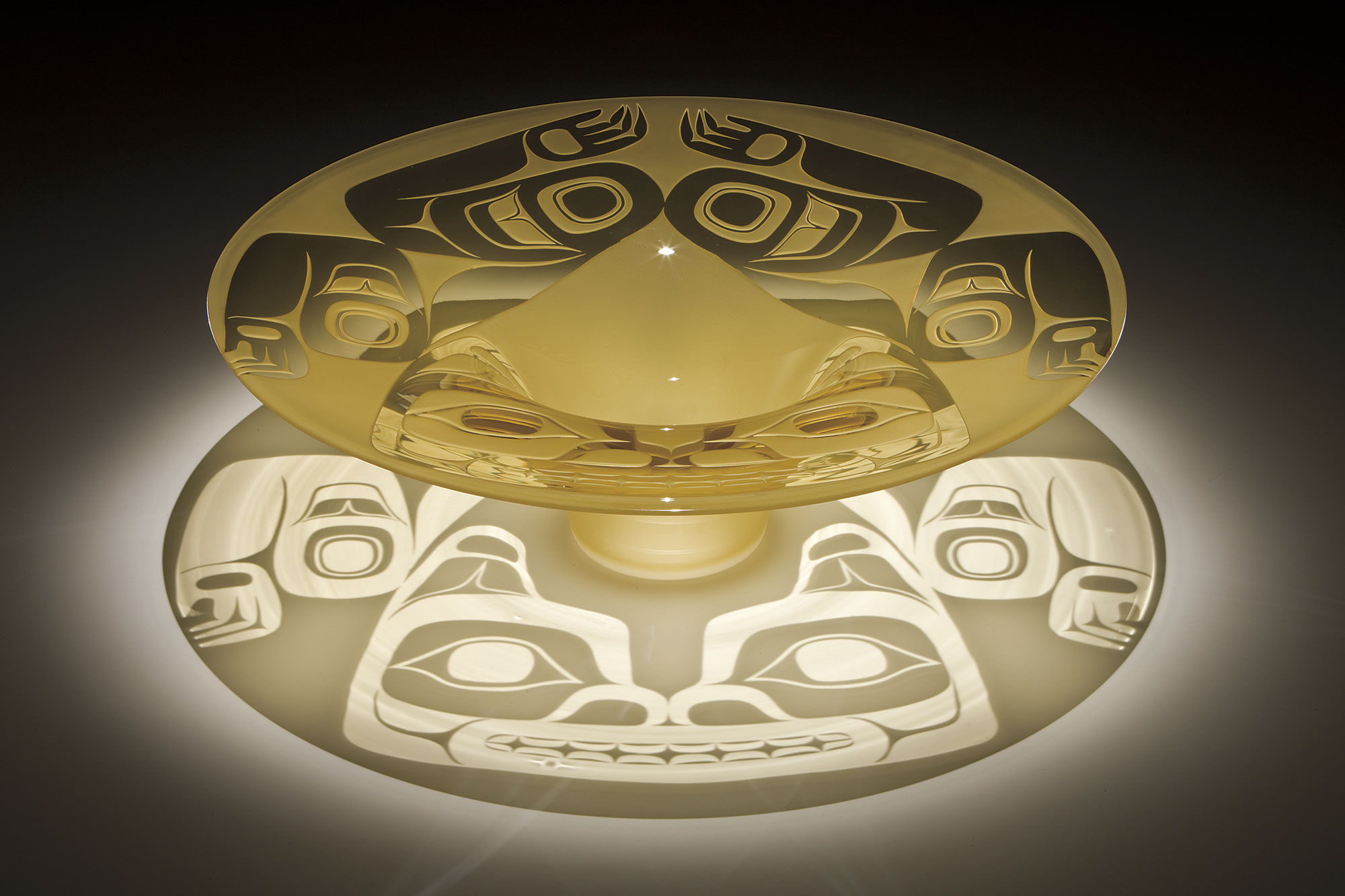 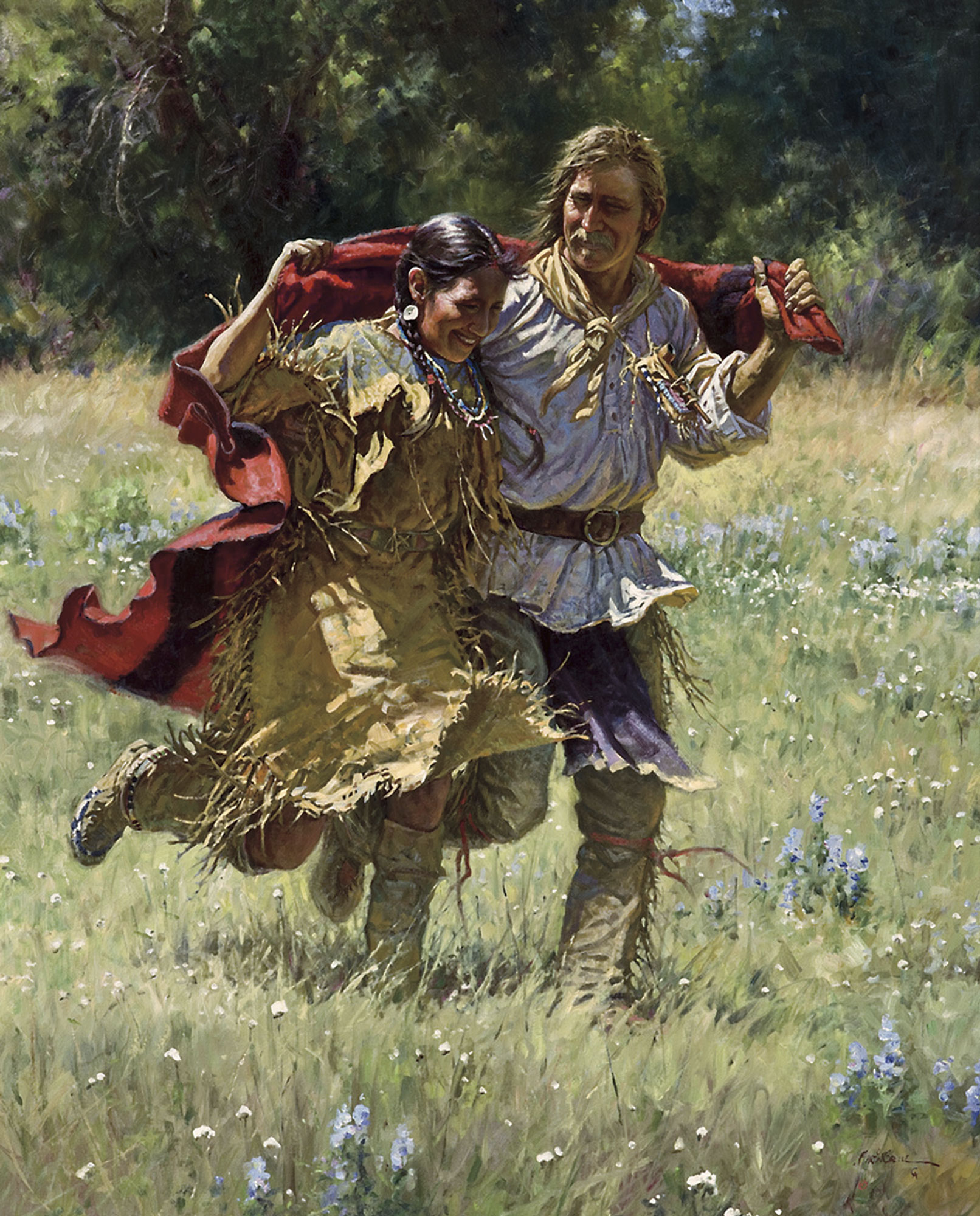 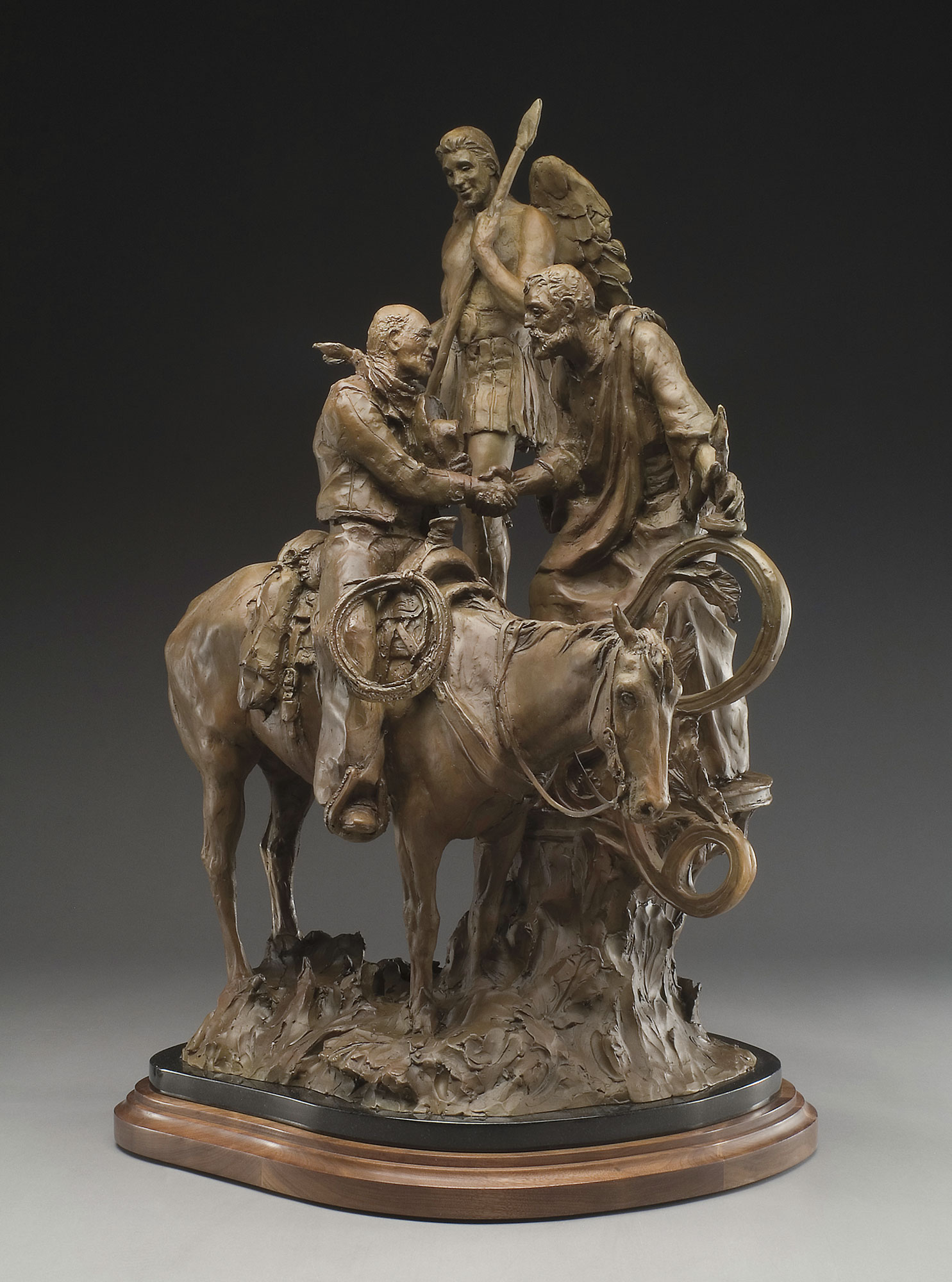