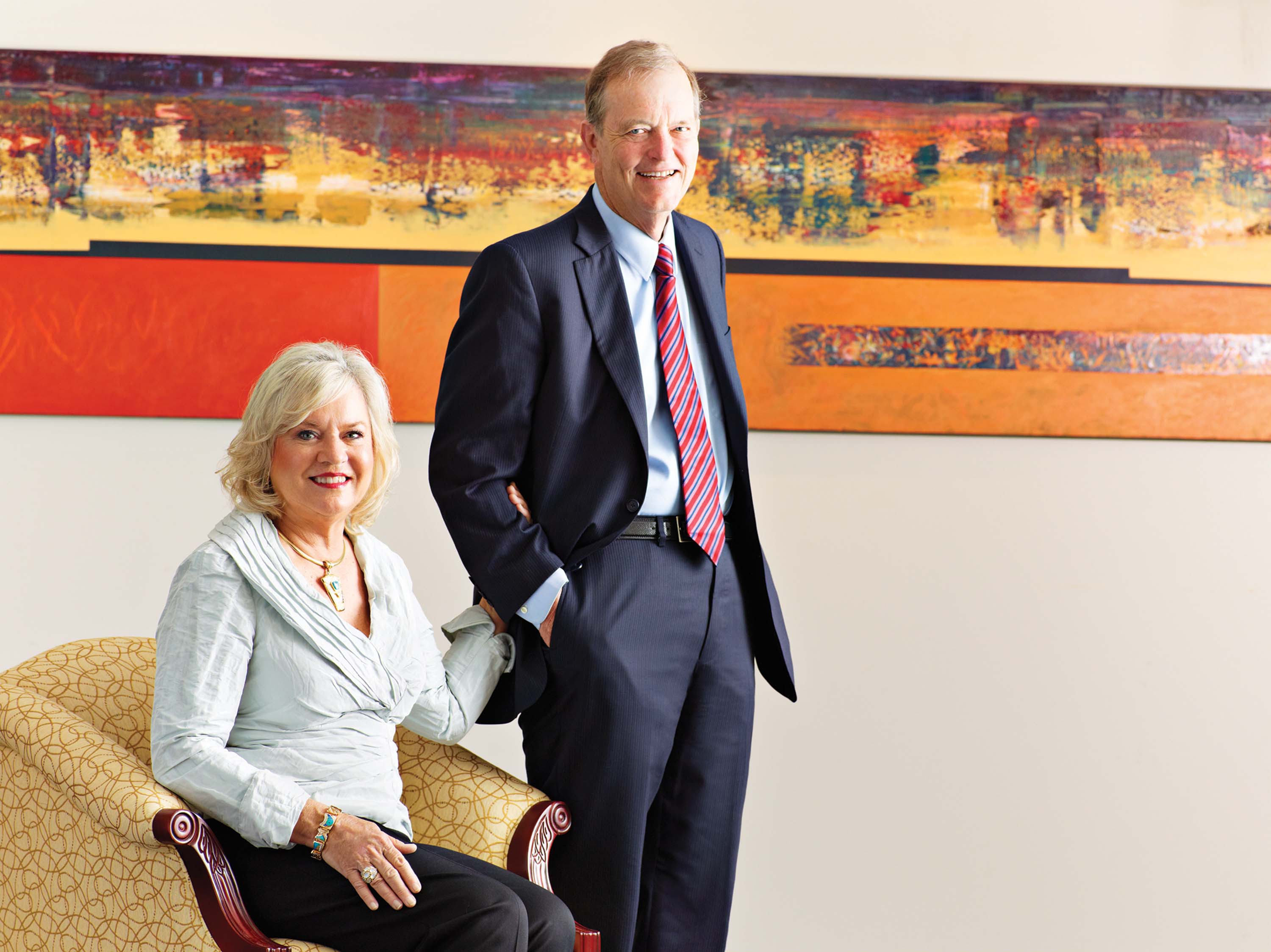 Tom James was in college and playing gigs with a rock band when he began purchasing artworks. The spoils of his passion for collecting would ultimately fill the St. Petersburg, Florida, offices of the financial empire founded by his father, with scenes and figures fashioned by leading Western painters and sculptors.

What led James to buy art in the 1960s while studying at Harvard, and often in the company of his then wife – to – be, Mary Sidell, a student at Wellesley College, was the prospect of capturing the experience of time and place. The couple traveled up and down the Eastern Seaboard, visiting galleries from New England to the Southeast.

“What I was trying to do is have something for remembrances later on,” says James, now executive chair – man of Raymond James Financial. “It’s difficult to create something that will evoke memories of where you were, what you saw, what you thought. I found art had a way of doing that.”

James’ penchant for collecting works that depicted the landscapes and pastimes of the East Coast turned westward after James and Mary, an inveterate skier, sought the snow – covered slopes of Aspen, Colorado, and Taos, New Mexico.

After more than a week of skiing in Aspen in the 1980s, Tom set off for an art gallery with a budget of $15,000 and the objective of purchasing three or four paintings. He left the showroom with eight paintings after spending twice as much as he had planned.

Within a year, James had hired a gallery owner in Taos to represent him in the purchase of art. “I told him, ‘I will pay you 10 percent more from your gallery or someone else’s over the cost you can negotiate,’” says Tom.

“It’s difficult to create something that will evoke memories of where you were, what you saw, what you thought. I found art had a way of doing that.”

A classically trained artist whom the couple favored early on was the acclaimed Native American painter Earl Biss, of the Crow Nation. Biss’ haunting, sometimes stylized figures of American Indians against brilliantly colored landscapes spoke to Tom and Mary.

An outsize oil by Biss, Winter Sunrise Circle of the Big Sky People, hangs in the boardroom at the Raymond James complex in St. Petersburg. The 1985 painting has pride of place for its poignant appeal, but Tom James is not your average observer — or collector. The work is one of more than a dozen by Biss that Tom has purchased. For Tom, the paintings conjure recollections of the artist, who died in 1998.

“He was a really interesting guy. He was one of those binge painters who would go into the studio for two days and paint,” says Tom. “When he was sober, he was a poet. When he drank, he was famous for picking fights with police. They would take him to jail and put him in a cell to keep him out of trouble.”

Tom knew of Biss’ troubles and his triumphs, and he knew something more: What made valuable art invaluable was Tom’s own connection with the artists.

“The process of collecting is genuinely fun but, in the end, it all comes back to the artist. That part is really important to me,” he says.

Attributing some of his passion for art to the fact that his mother liked art and painted in her younger years, Tom insists his own skill set is limited to recognizing, appreciating and promoting the talents of others. And he is a believer in the artists as much as in the works they create.

Of the 2,400 paintings, sculptures and graphics in the Tom and Mary James/Raymond James Financial Art Collection, roughly half represent Western, Southwestern, cowboy and wildlife art. Highlights include bronzes by such sculptors as John Coleman and the late Dave McGary, wildlife works by painters including John Seerey – Lester and contemporary Southwestern paintings by Tony Abeyta and Dan Namingha.

Tom envisions creating a museum around his hand – picked collection and believes such a place would augment tourism in St. Petersburg and Tampa Bay. And he has some sense of the time and labor entailed in building a museum, since he devoted 16 years to an effort that saw a Salvador Dali museum established in St. Petersburg. Tom has already held talks with local officials, architects and other museums and says he is prepared to fund construction and lay the foundation for a long – term endowment.

A patron in principle and practice, Tom says operating instructions for the museum would be a commitment to help struggling artists.

“I’ve never tried painting or sculpting; I think of myself as artistically inept. But I value what good artists are trying to achieve and I want to help them get there,” he says.