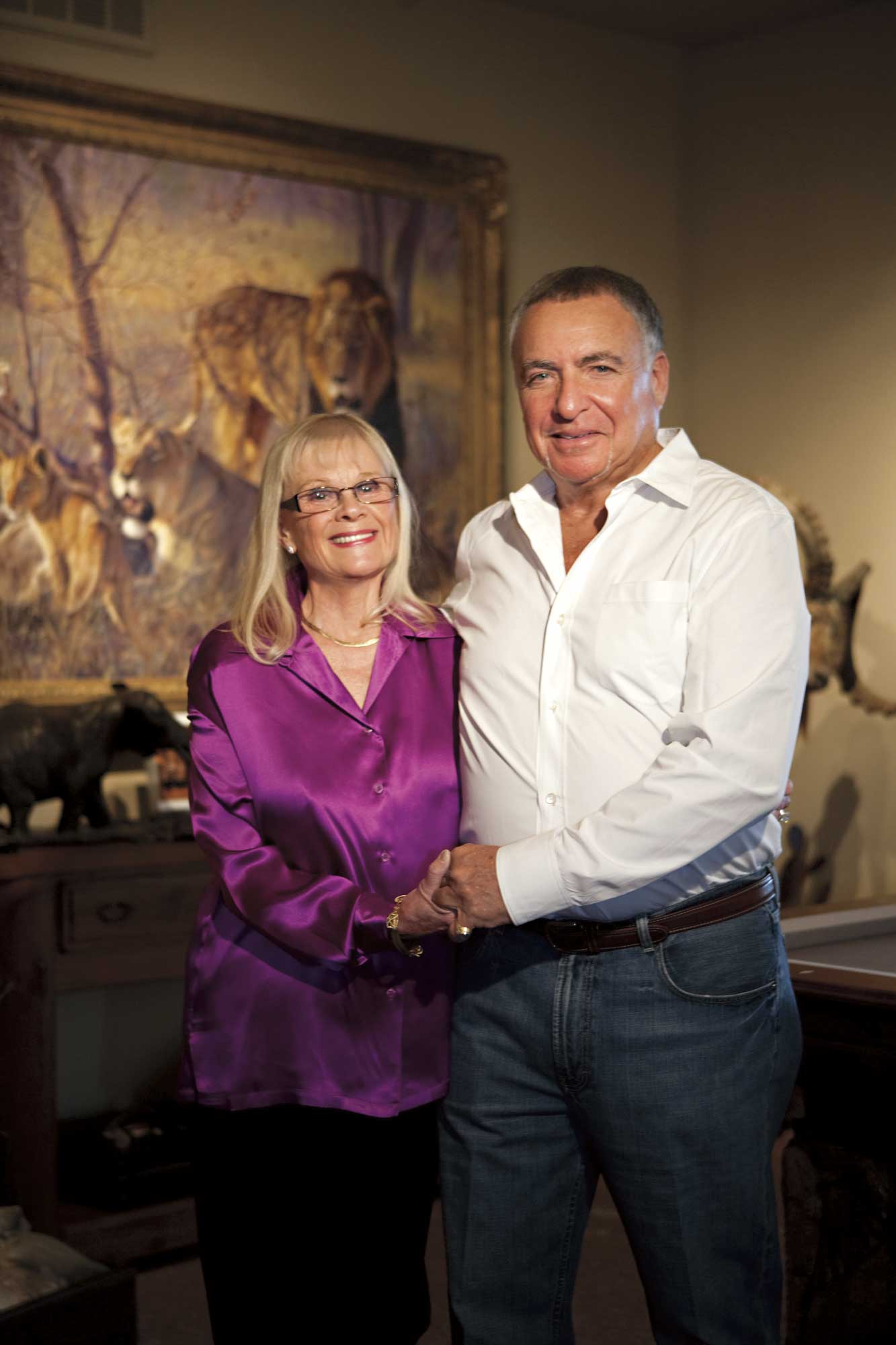 When Alan Maiss has a target set, he rarely misses. His hunter’s bow once fixed on a Texas Dall sheep that, upon measurement, put his name on a world record. Yet Maiss doesn’t leave such moments in the wild, or just on the books. For the past 40 years, he and his wife Nancy have aimed high in wildlife and sporting art, amassing a phenomenal personal collection of fine art and trophy mounts.

“We’ve tried to put together a history of wildlife and sporting art, starting with Friese, Kuhnert, Rungius and Liljefors to Bob Kuhn, as well as O.C. Seltzer, Pleissner, Ripley, Rousseau, Osthaus, Goodwin, Bishop, Browne and Lougheed,” says Maiss from his Reno, Nevada, home. Their contemporaries — names like John Banovich, Ken Carlson, Douglas Van Howd, Luke Frazier, Chet Reneson, David Shepherd, Robert Bateman, Tom Mansanarez, Thomas Aquinas Daly and the late Vivi Crandall — are also represented, and some are considered good friends of the Maisses. In fact, Alan hunts or fishes with many of them. Like Banovich, he subscribes to the North American model of wildlife conservation, in which hunting plays an important role.

New York natives, Alan and Nancy invested in their first original painting in 1970. A subsequent move to Nevada fueled Alan’s interest in big game hunting, and consequently inspired him to become a founding member of Safari Club International’s Northern Nevada Chapter. He is a former director of the organization and a current honorary director.

Meanwhile, the Maisses’ art buying morphed from a hobby into a passion and then a compulsion, he says, which brings us to where the collection is today: a calculated 150 paintings and 20 sculptures along with some 85 trophy mounts, a combination so well thought out that it’s not only his aesthetic eye that’s pleased. Indeed, their collectible investment has become as big a game as he’s ever played.

The Maisses: Our combination of fine art and big game trophy mounts embrace memories, depictions of things we’ve done and/or seen, or representations of things we might like to have done. Being that we love the outdoors and have spent quite a lot of time with wildlife, it creates an environment that’s very appealing to us. It’s like bringing the outdoors inside. Plus, it never ceases to amaze me how much talent is out there. I love discovering new artists and being proven right over time as they become successful.

The Maisses: Edward Bierly’s Leopard at the Pool, which Nancy really fell in love with, at the original Abercrombie & Fitch in New York City. It sets such a mood of caution. It’s pushing 40 years that we’ve had the painting.

The Maisses: I can honestly say that we have a strong affection for almost every piece we own, and many favorites for multiple different reasons. We take pride in the fact that we own paintings and sculpture by some of the world’s top artists, and that we’ve selected some of the best and most unique representations of their work. For example, we have numerous Van Howd bronze sculptures, but also own one of his few chiseled solid marble pieces. Reneson, primarily a watercolorist, did but 18 some oils in his life; we have two of them. Another painting we cherish is Northern Lights by Vivi Crandall, an artist who is no longer with us but with whom we were very close. We believe it to be one of her very best paintings, and it was published in a couple of different sold-out series. On a side note, I like to own original works that the artist thought enough of to publish. It’s nice to feel that there are potentially hundreds of people that enjoy the same painting, and it speaks for something that you just didn’t have a lonely opinion of a picture.

The Maisses: I guess one could say when you go to your first auction, and you’re raising your hand, you know you’re really in the program. We first started with the Coeur d’Alene in the late ’80s.

The Maisses: There’s not one but many. One of the things that’s a reality is that it’s unrealistic to walk away regretting you didn’t go one more bid, because there’s nothing to say that one more wouldn’t thrust you into another level of bidding. So it’s very good to be able to exercise some degree of self-control. I would think that most collectors have a whole inventory of paintings that got away, so to speak.

The Maisses: From the synergy of the outdoor hunting and wildlife painting aspect, I’d say Carl Rungius. In some ways, I would have liked to have lived during his time, in the early 1900s. He spent quite a lot of time out in the wilderness, and that’s what I like to do, too. As an aggressive big game hunter, he had the skill to live his passion physically and then translate it onto canvas.

The Maisses: Some of it will end up in our children’s homes, but a lot will be in other people’s collections. It’s nice to have an heirloom once you’re done, but you can’t dictate other people’s tastes. Perhaps it will be in a personal gallery. Over the years, we’ve also sold some art to diversify and enhance our collection’s quality. I was a partner in a gallery in Sun Valley, Idaho, in the early ’90s, and I’ve considered reentering the business in some capacity.