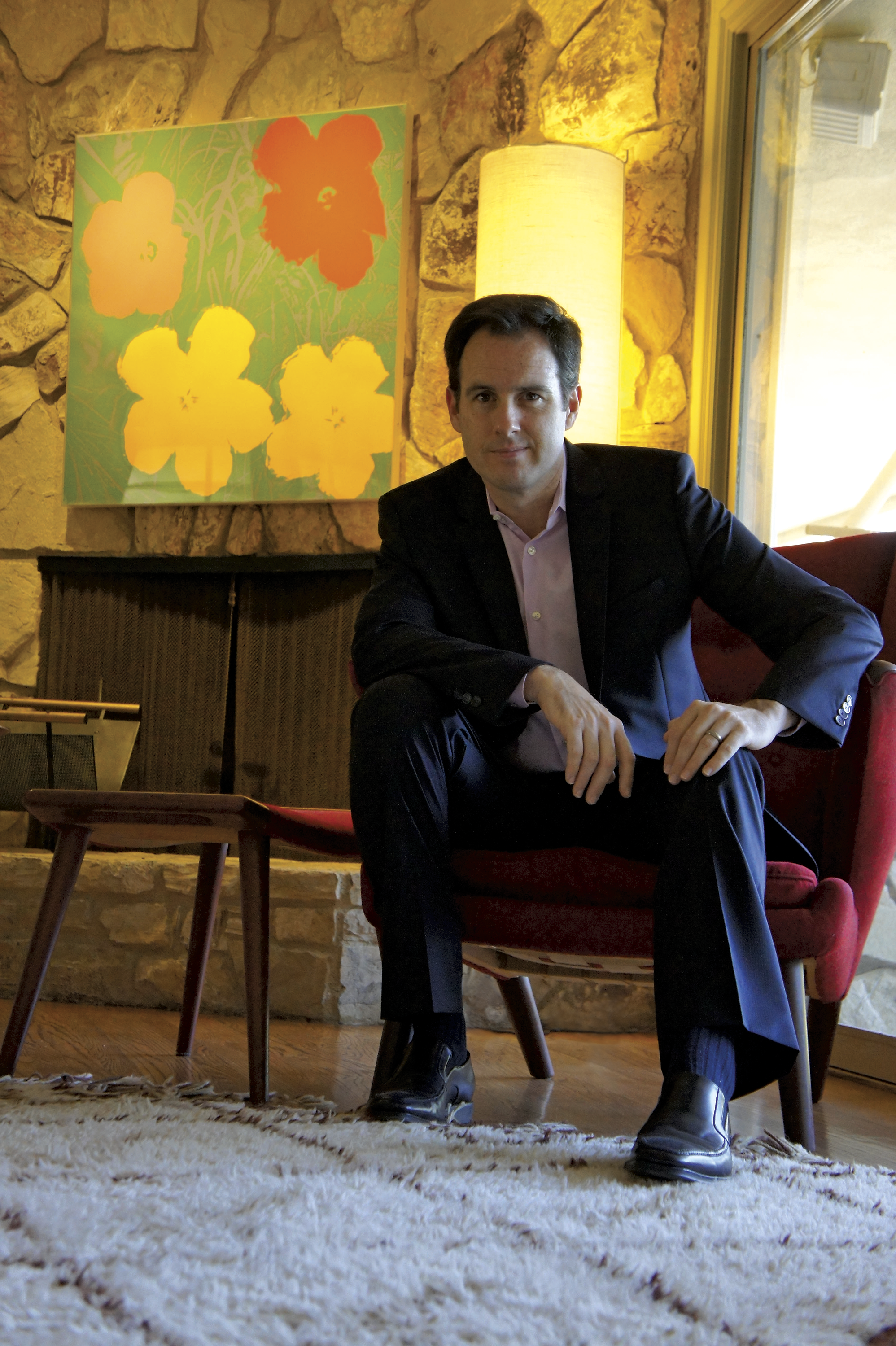 What can you say about someone who began collecting at age 2? Los Angeles Modern Auctions founder Peter Loughrey doesn’t remember those early collections, but there are photos of him on Maryland’s eastern shore arranging his stones and shells. He went on to coins, stamps, LPs, surfboards, bowling balls — the first thing he sold was a vintage beer can, and that flicked on a light bulb: This could be a business.

In 1987, he joined his brother in a Los Angeles gallery selling what they had begun to call “20th-century Americana,” objects such as old Coke machines and gas station pumps. This evolved into an appreciation for the best of mid- to end-of-the-century designers and artists. In 1992, Loughrey pulled off the first Los Angeles Modern Auction, consisting of 150 lots by such diverse designers as Charles Eames, Peter Max and Frank Gehry. When his brother died later that year, Loughrey closed shop and went to London to take Sotheby’s Works of Art course.

Back in the States Loughrey met and married Shannon Carragher. In 1995, they moved to Los Angeles, and Loughrey reopened the auction house. In 1996, Shannon joined as managing director. Today LAMA occupies a warehouse showroom in Van Nuys, offering significant works from the 20th century’s best artists and designers.

Loughrey: Really, my sole inspiration comes from just wanting to look at beautiful things. I started collecting as a very young boy. If a friend had something that I really coveted, I would figure out a way to acquire it, for example, by trading him two things I didn’t like. I walked away thinking I had the better deal and so did he. It dawned on me that great deals are where everybody thinks they got the better deal. That was the biggest revelation of my collecting life, that great collections can be fluid, and can get better, and that the pieces that you don’t like and get rid of can actually make someone else’s collection better. It’s the perfect kind of philosophy for an auctioneer, and as you perfect that, you become more successful.

Loughrey: I think our headboard is probably the one piece that would be the last thing I would consider selling. It’s by Gio Ponti from a commission in 1948-50 for one of his most important clients in Milan, the Casa Ceccato. There’s also a cabinet designed for a child’s room from the same commission, custom-made by Ponti and hand-painted by Piero Fornasetti. That was actually the first piece we bought and that I’m very proud of. … We were newlyweds, living in a very small apartment, and I cobbled together the money by selling a few things, combined with Shannon’s salary at her full-time job at an insurance company. I basically spent our entire net worth on this cabinet from a child’s room. It was a risk; it was on the cover of an auction catalogue and I paid a record price, so everyone knew what I’d paid for it — how would I possibly be able to resell the thing? So it increases the enjoyment to still have that piece after 15 years, to have struggled to hold onto it, and not sell it in a moment of weakness. As we’ve grown financially, the rest of the pieces from the commission have come on the market and we were in a position where I could go after them.

Loughrey: Probably in my early teens. I remember walking home from school along the railroad tracks one day and picking up a glass object and taking it home. The next day I found another. They were glass insulators. The second one I found was different from the first one, and I realized two pieces now make a collection. Other people say you’re not a collector until you own one more piece than you can exhibit in your house.

Loughrey: I would probably say Richard Pettibone. I guess after everything I’ve read and all the works I’ve owned and sold, I still want to know more about his original spark of creativity. I’m fascinated by people who have ideas that only later become accepted. …

Loughrey: So many. So many. I like to tell the story of the Marc Newson Lockheed Lounge. It was an edition of 10 pieces Marc Newson made in the late ’80s. It was considered groundbreaking at the time, but certainly not one of the most important pieces of the 20th century. They were originally selling for $10,000 and I think he had trouble selling them all. So it surprised people when one sold at auction for $80,000. That’s the same category as a major work by Frank Lloyd Wright, and the piece was only 12 or 13 years old. This was in 2003. A couple of weeks after that auction, someone called me and offered one to me, but someone else had already offered $85,000. After a short bidding war, I acquired the piece for $110,000. But then I started to second-guess myself. Now what? It didn’t fit into our lifestyle, and it was an awfully expensive piece to put in storage. I found a client who gave me $121,000. Today the piece is worth between $1.6 and $2.6 million.

Loughrey: I think Andy Warhol. I’ve got to think I would enjoy the beginning of the Pop Art movement. I can’t imagine myself in the Renaissance or the 19th century, but I can imagine being in the ’60s and ’70s. And I think I’d have the same kind of fascination with it that he did, being an insider, but actually witnessing it all from a step back.

Loughrey: I don’t think it will be all together. I hope it’s not. It’s egotistical to think your collection is going to mimic someone else’s fascination. If I had 50 pieces, I’d like them to be in 50 places. And I’d like a few to be somewhere where they can be studied, to help teach and inform. Some pieces are too important to disappear from the public forever, so I’d like to think at least some of the pieces would be exhibited regularly.