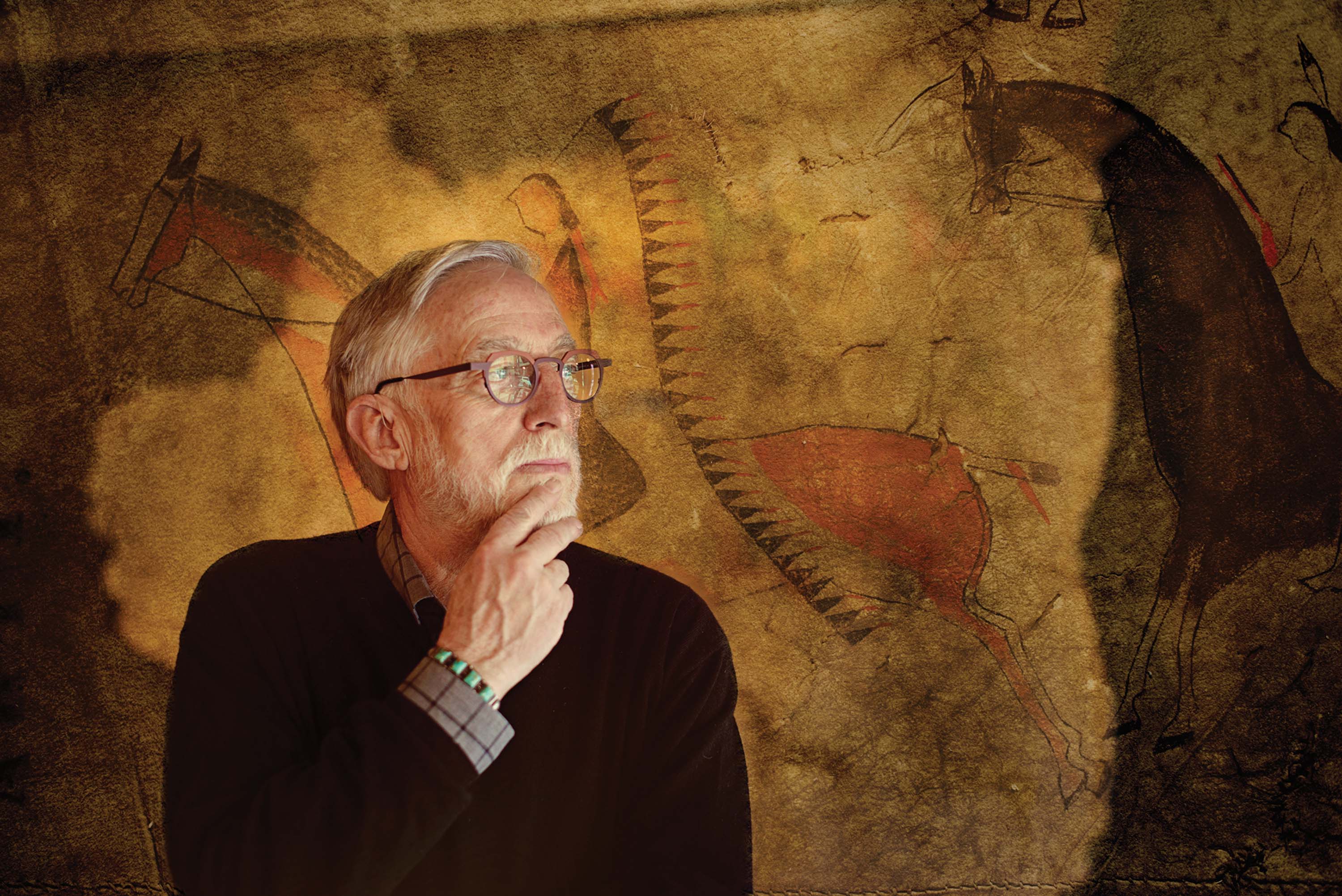 Native American folk art collector Bruce VanLandingham looks for the highest value he can acquire when purchasing work. With a degree in painting and a background as an art teacher at Wichita State University, VanLandingham is well-versed in the history as well as the authenticity of his collection.

The progression from artist to teacher to gallerist and collector tells the story of VanLandingham’s devotion to the art and the artists he includes in both his gallery and among his personal collection. Still painting, VanLandingham studies everything to understand not only the art he creates but the work he finds, buys and sells.

Intrigued by the adventure, VanLandingham opened his gallery, Sundog Fine Art, in Bozeman, Montana, to fully immerse himself in the art and artifacts he embraces. It’s also a great opportunity to share his perspective with the public. Being an art dealer for more than 40 years, VanLandingham is happy with the idea of paying it forward by mentoring young people interested not only in Plains Indian folk art, but also in contemporary fine art. While VanLandingham limits the number of contemporary pieces he shows, he occasionally brings in work by young artists he believes in.

His gallery is part showcase, part museum; the back wall is stacked with books for easy hands-on research, emphasizing his passion to put the beaded, hand-sewn, boldly painted pieces within the context of a colored history.

B.V.L.: I would have to say my inquisitiveness. As an artist, I’m always looking at art. My mother was an artist and she fed me that knowledge. As I developed my own set of values, my visual loves became more and more focused on the West.

B.V.L.: A small beaded bag that was a Southern Plains man’s power object. It dates back to the 1860s Kiowa Apaches. The man’s wife made this for him to carry on his back as a power object. It depicts one big tornado and several smaller tornados. It is as if the strength of nature itself was sewn into the bag. The beadwork is some of the best I’ve seen. It’s an incredible piece of art. Truly.

WA&A: Tell us about the importance of some of the art pieces you recognized early, before they were commercially popular.

B.V.L.: It was when I discovered the beauty of Native American parfleche, the rawhide “suitcase” the Northern Plains people made to hold clothing, valuables and tools, as well as their personal items. These were painted by women and they’re beautiful abstract art.

I also have to say that I began collecting ledger art very early in my career. They’re so stylized; you can learn a lot of specific things about the individual cultures of the artists. They tell us exactly in what way they lived and how they lived, the harsh conditions they lived in. I’ve been involved with both of these beautifully painted objects for over 40 years.

WA&A: Is there an up-and-coming artist whose work you want to let us in on?

B.V.L.: The gallery also shows a few contemporary artists and right now I believe in Michelle Osman. I love her paintings. Initially, I wasn’t going to show any contemporary artists, but I believe she has talent and will grow exponentially. She’s someone nobody really knows about — but to me, showing her work isn’t even taking a chance.

B.V.L.: That happened when I didn’t have a big enough checkbook! It was a stunning object. A shirt. It was Cheyenne, from 1860 to 1870. It belonged to a shirt-wearer [or war leader]. It was the most beautiful object of art I’d ever seen. I did own it at one time but I had to sell it. I got $250,000 for it. However, the minute I sold it I wanted it back. I’ve chased things down for years until I’ve gotten them back, but I never got that one again.

WA&A: If you could have dinner withany artist in history, who would it be?

B.V.L.: Charlie Russell. I’d sit down with him first and talk about his life and his work. But then I’d give him some clay so he could make more sculptures.