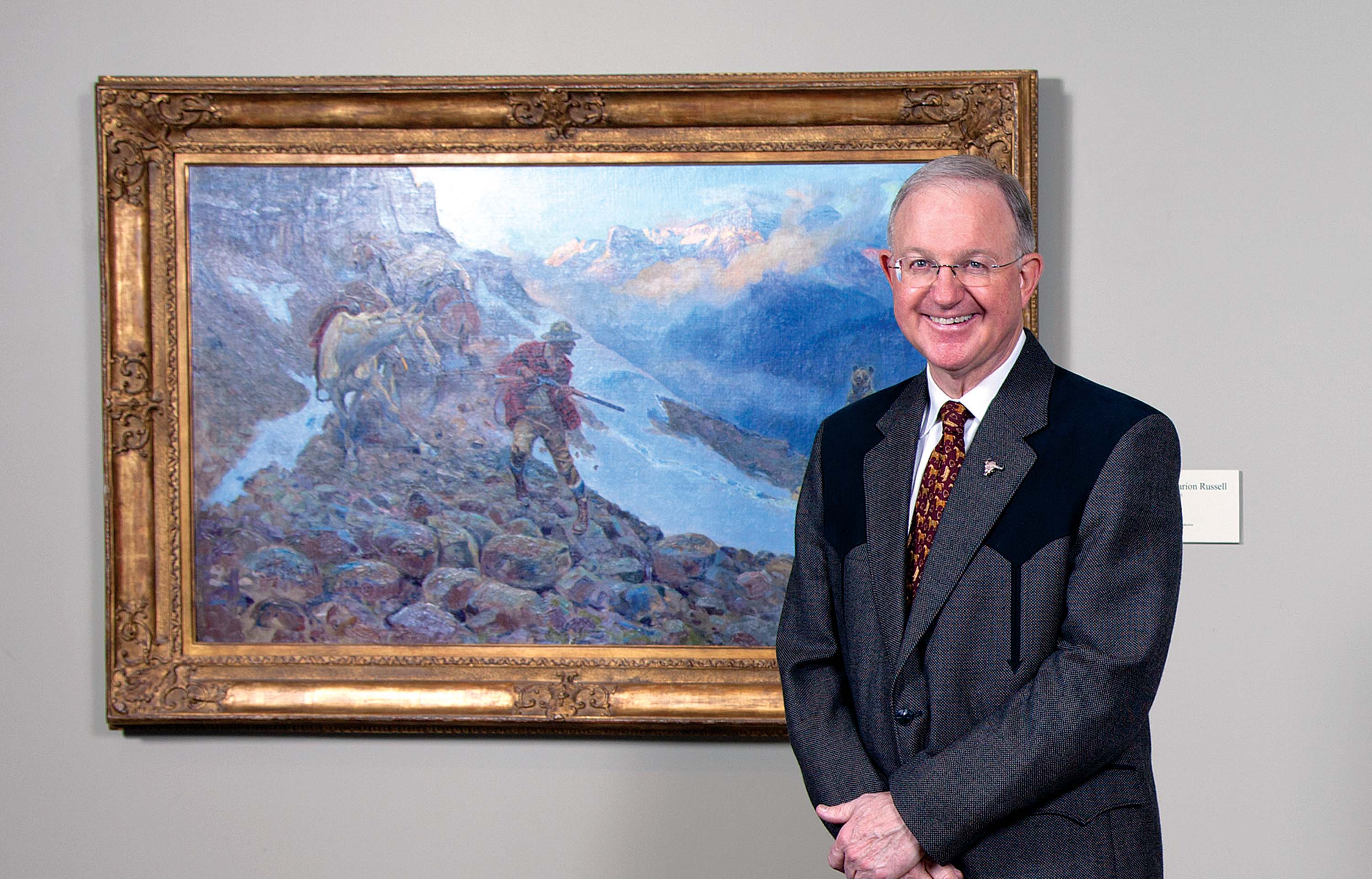 An appreciator of art since childhood and now a devoted collector of Western art, Tom Petrie, of Denver, Colorado, is a rare breed of patron. Driven by his constant pursuit of knowledge about the art and the artists, and fueled by the desire to share what he knows and loves with others, the breadth of Petrie’s generosity is remarkable.

In 2007, he and his wife, Jane, made a landmark gift to endow the Denver Art Museum’s Petrie Institute of Western Art. But his other gifts are equally meaningful and stay true to his personal mission. He and Jane have loaned dozens of works over the last two decades to numerous Western art museums including the Denver Art Museum, the C.M. Russell Museum in Great Falls, Montana, and the Gilcrease in Tulsa, Oklahoma, all three of which benefit from Petrie’s board involvement. In 2012, he located, purchased and returned to the C.M. Russell Museum an important collection of personal items — including a special collection of furniture — that belonged to the Russells when they lived in Great Falls.

“When you collect it needs to resonate… and somehow there is a certain thread that ties images, artifacts and other items together. That is what makes collecting such a joy and so good for one’s mental health,” he says.

Petrie supports the C.M. Russell Museum as both a patron and a front-row attendee at their annual auction in March. The Russell auction and museum are great American institutions, he says, noting important milestones for his own collection that trace to the event. “If you think about it, The Russell is really a rendezvous for collectors. That’s why we’re very excited at the museum to have the new energy that’s become so evident in The Russell.”

Tom Petrie: Growing up, I read books illustrated by artists, including C.M. Russell. That increased my appreciation for and curiosity about art, Western in particular. The Charles Russell story was something with which I became acquainted from a young age.

T.P.: In 1995 I bought Friends or Enemies, a fine Russell watercolor painted in the early 1920s. It exhibited a strong sense for Native Americans in the Montana landscape. I’d always thought someday I’d like to own a Russell and this was the chance that presented itself.

WA&A: What is your most piece, and why?

T.P.: I think collectors buy art when it resonates for them and there’s often a story behind each one. One of my great thrills was to be able to buy Whose Meat?, one of Russell’s most accomplished paintings ever. It’s a dilemma scene, where a hunter has shot his bighorn sheep and a grizzly bear has come to the sound of the shot. The hunter is confronting the bear with the prize lying in between. After 1914, Russell held onto it for six years, and then sold it to an unknown buyer. The painting disappeared until about 1970. Thus, for 50 years it was a ‘lost Russell.’

T.P.: It was driven home to me some years ago when I was attending the C.M. Russell Museum’s annual art auction in Great Falls. In a negotiated situation, I had to seize the challenge to buy eight Russells at once. One was a piece I had long had on my wish list — The Scout, 1915 — but acquiring it necessitated taking seven other works representing the full range of the artist’s career. That is also the great thing about The Russell and Art Week in Great Falls. Time and again, good luck reigns and opportunities present themselves.

T.P.: Ed Mell is a wonderful artist. He is pushing the envelope. He’s developed his own distinct style and yet he builds on the Western art tradition of certain iconic images. I have a lot of regard for how he has taken his art into a more abstract form but somehow keeps it anchored in landscapes and skyscapes, with treatments of the clouds, weather and classic Western events.

T.P.: George Catlin’s story is one with which I am fascinated for a number of reasons. His brother graduated from West Point, my alma mater, in 1824 and went to Fort Gibson near Tulsa, Oklahoma. After returning to New York, he suggested, “George, you need to quit doing these portraits of wealthy New Yorkers and go West to depict the culture of the Indian.” A year later, his brother having mysteriously drowned, Catlin wrapped up his affairs in the East and devoted himself to recording wonderful early images of dozens of Indian tribes. Then he took the collection to England and Europe. To his personal impoverishment, he awakened widespread curiosity about the American frontier. However, I personally would prefer to skip his experiences involving debtors’ prison in England.

T.P.: I didn’t start out to build this as a collection; it took on a life of its own. I do feel a strong stewardship responsibility. Right now, I want to enjoy it while also sharing it with others. That’s why my wife, Jane, and I have loaned our art a number of times to various exhibits. Given my involvement with several museums, I think the collection will play some kind of role with institutions such as these as we try to make sure we preserve and utilize the daily visual dividends of these images to educate current and future generations about the wonder of the American West.