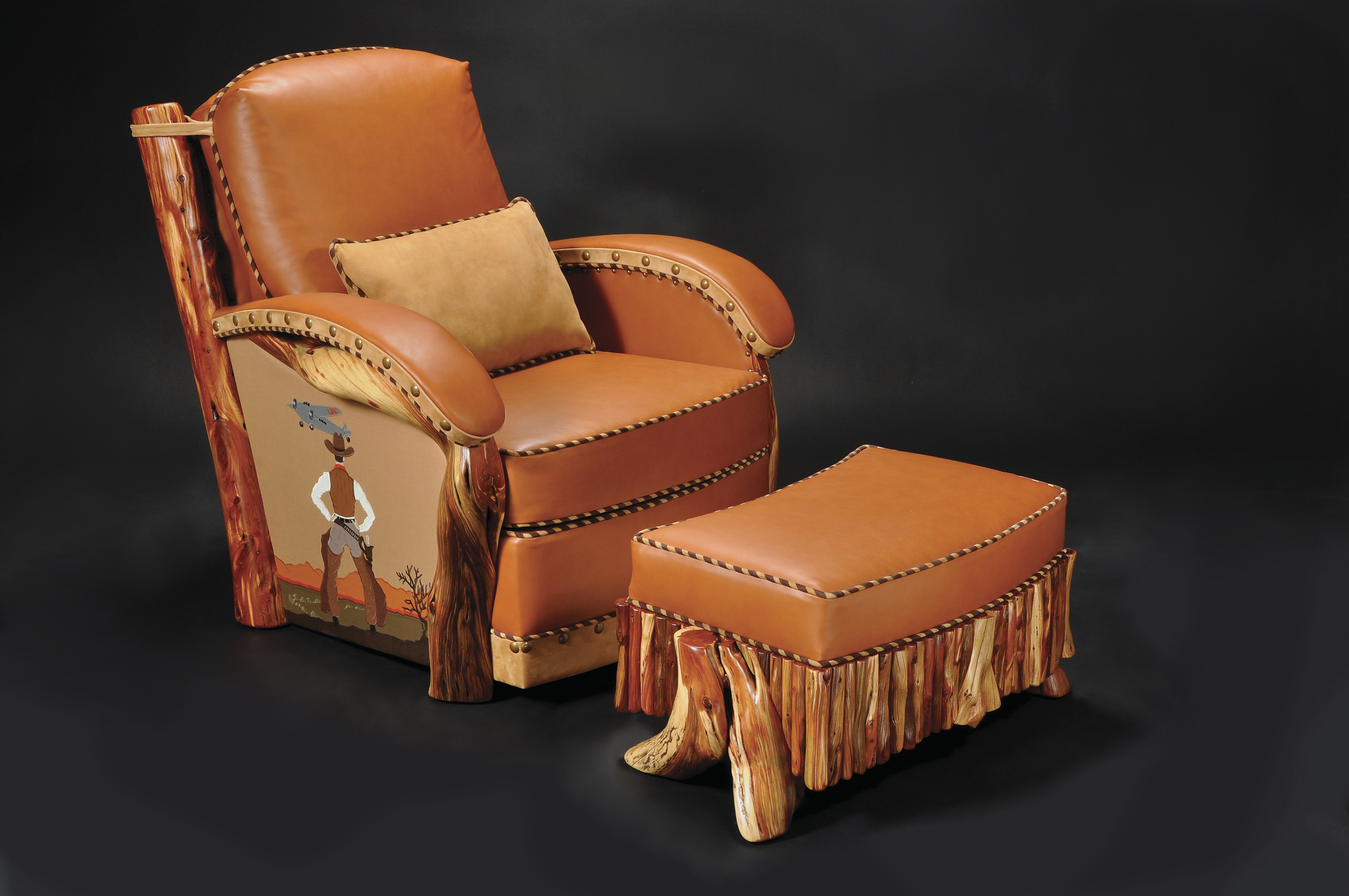 In the early 16th century, Spanish Colonialists traveled up the Camino Real into territory that is now modern-day New Mexico. They brought with them guilds of accomplished furniture makers and carpenters who fashioned the region’s honey pine into chests, low benches and tables. With crude iron tools, they whittled out geometric designs, now a hallmark of Spanish Colonial style. Perhaps more than anything else, however, they unintentionally influenced the ideological characteristics of Western design conscience — and even the characteristics of the West itself. Usefulness, handicraft and authenticity defined their pieces. The artisans valued aesthetics, but form always followed function.

Ever since, Western design has manifested those qualities and more. In fact, trying to wrangle Western design into one tidy definition is nearly impossible. Influences wander in from everywhere, representing a variety of eras, trends, cultures and forms. Pioneers came with what they could carry, which wasn’t much. They might have arrived in today’s Montana, Wyoming or Colorado with a pie hutch and a few chairs. Over time those items shared space with pieces made by hand from the materials available — lodgepole pine, calf’s hide upholstery, Navajo blankets and large tacks, to name but a few. In this age, those pieces and others continue to influence Western design and hold value both for their history and their aesthetic.

Take, for example, Spanish Colonial carpenteros. Most often, these utilitarian pieces are made of raw wood with occasional chip or bullet carving and very little paint, explains Robin Farwell Gavin, curator of collections at the Museum of Spanish Colonial Art in Santa Fe, New Mexico. But fairly recently — and a surprise to the art world — “we found that they did paint these pieces, often in bright colors, but the paints were water-soluble, so over time they wore off.”

Her museum, one of the few places to see original works from the 16th to 19th centuries, houses a late 18th-century pine chest that exhibits six-board dovetail joinery and traces of pigment. “People collect these pieces as much for their historical significance as for their artistic appeal,” she says.

“The earliest pieces have a lot of soul to them,” adds Murdoch Finlayson, who has been dealing in New Mexican-style furniture for more than 40 years. The artisanal pieces fell out of favor when the railroad came through in 1880s, bringing popular Victorian pieces West.

But the 1920s and the Works Progress Administration (WPA) of the 1930s and ’40s resurrected an interest and put numerous Hispano craftsmen back to work, among them Tomas C’deBaca, whose son, David, continues the furniture-making tradition today in Santa Fe. “It’s not impossible to find earlier examples, but the WPA pieces are easier to find these days,” Finlayson says. “Santa Fe galleries occasionally have a few pieces and private dealers can help.”

As people continued to flock West in the early 20th century, they brought other furniture with them, notably the Arts and Crafts pieces of Gustav Stickley. In contrast to the ornate Victorian look, Stickley launched a line of simple, straightforward pieces that employed beautiful woods, high-quality construction and a form that was both attractive and comfortable. Driven by simplicity, Stickley worked his way into the homes and the ever-evolving Western design conscience. Pasadena, California architects Greene & Greene were Stickley fans; they incorporated the natural simplicity of his designs most notably in the century-old Gamble House.

“The national psyche was yearning for something more honest, natural and sincere,” says Heather Stivison, executive director of The Stickley Museum at Craftsman Farms in New Jersey. “Today we share a similar yearning for something real, solid and of enduring beauty.” And so Stickley surfaces again, fittingly since 2010 marks the 100th birthday of the Stickley home at Craftsman Farms. To coincide with that anniversary, the Dallas Museum of Art has organized a touring exhibition of more than 100 Stickley pieces that debuted at the Newark Museum in September 2010. After a stop in Dallas in February 2011, the tour concludes at the San Diego Museum of Art in September 2011.

Stickley was not alone in his rethinking of American furniture design. Thomas Molesworth, who studied at the Chicago Institute of Art, moved to Cody, Wyoming, in 1933 to start a furniture company. He revolutionized the industry with his simple, rustic style. But it wasn’t his craftsmanship or solely his designs that made him great, explains Terry Winchell, owner of Fighting Bear Antiques in Jackson, Wyoming. “He was amazing at assimilating the ultimate Western experience. If you gave him a blank check, he created an environment. He used original art, Indian artifacts, Navajo rugs and his furniture — his true love was art. And he was a maniac about quality.”

Collectors today seek his sideboards and his signature item, a keyhole chair with a bowlegged cowboy on the back and routed arrows on the chair legs. Like the work of the Spanish Colonialists, Molesworth is getting harder to find and more expensive.

“I just sold a desk suite that consisted of an office desk, office chair, loveseat and side chair for $70,000,” Winchell shares. “His sideboards [can] bring up to a couple hundred thousand [dollars].”

Winchell credits Molesworth for creating a whole new industry in Cody that today makes up 10 to 15 percent of the town’s economy. “There are a lot of great furniture makers still in Cody,” agrees Wally Reber, creative arts curator at the Buffalo Bill Historical Center. “Western design has really grown up,” he says. “It’s polished, sophisticated and here to stay.” 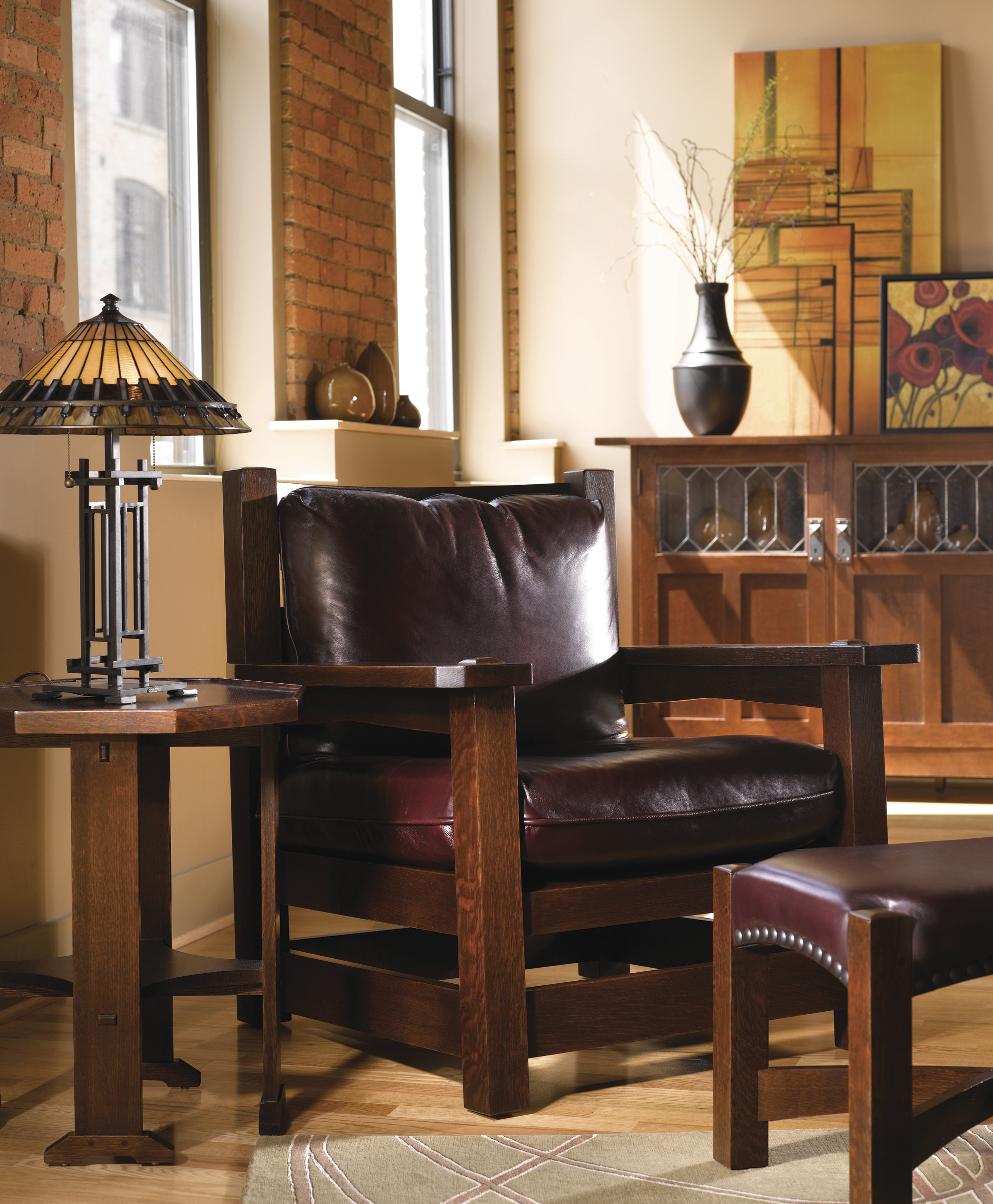 Named for Stickley’s factory near Syracuse, New York, the Eastwood Chair is a Stickley re-issue of one of Gustav’s 1901 designs which, like the original, is made of solid quarter-sawn white oak with pinned through tenons. Also shown are Stickley’s Eastwood Footstool, Three Door Display Buffet and Octagonal Table. Photo courtesy www.stickley.com 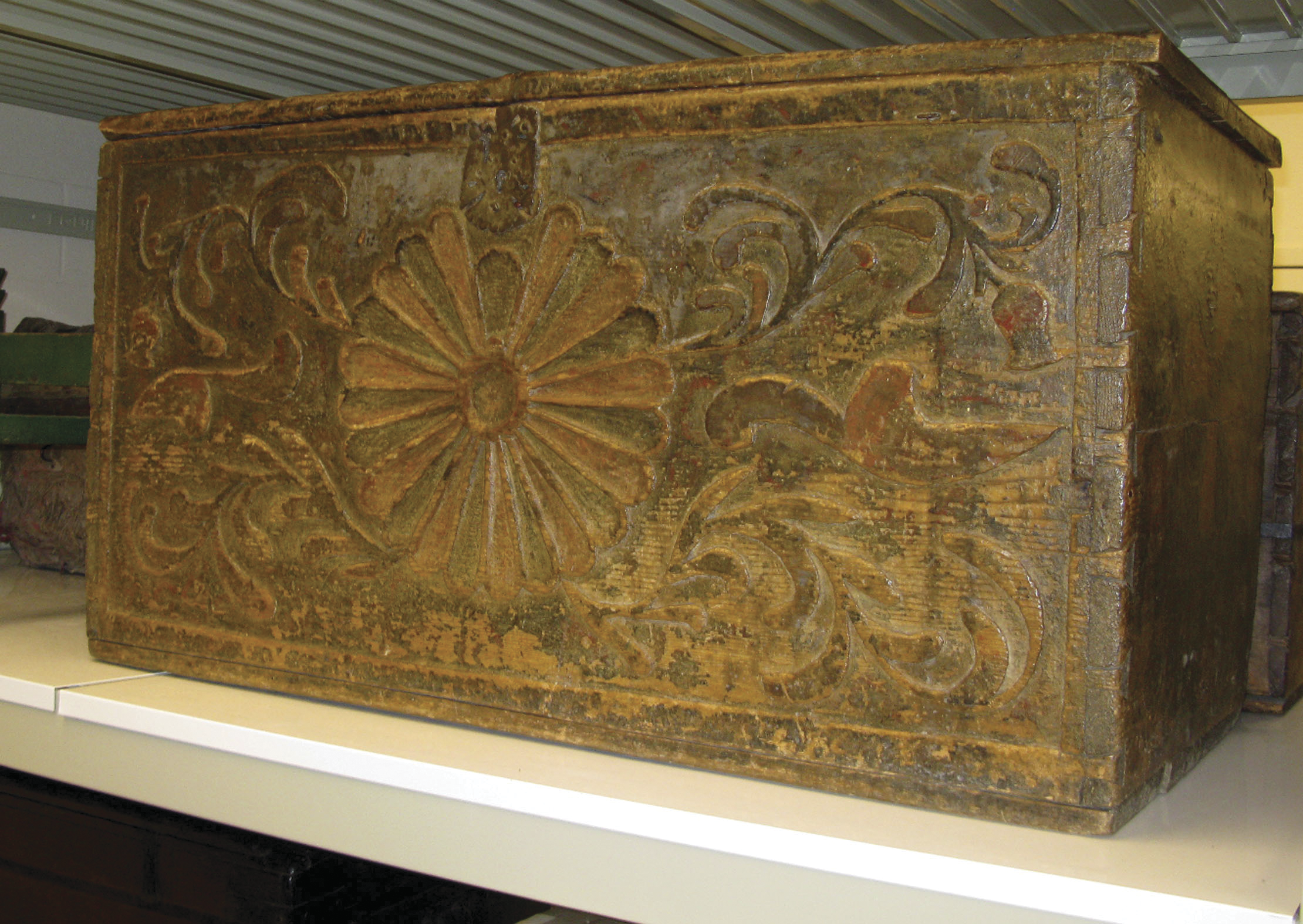 Painted board chest with dovetail joinery is late 18th century pine, with oil paint and iron hardware (not original). This piece is a gift of Mr. and Mrs. John Gaw Meem in memory of E. Boyd Collection of the Spanish Colonial Arts Society, Museum of Spanish Colonial Art, 1975.69 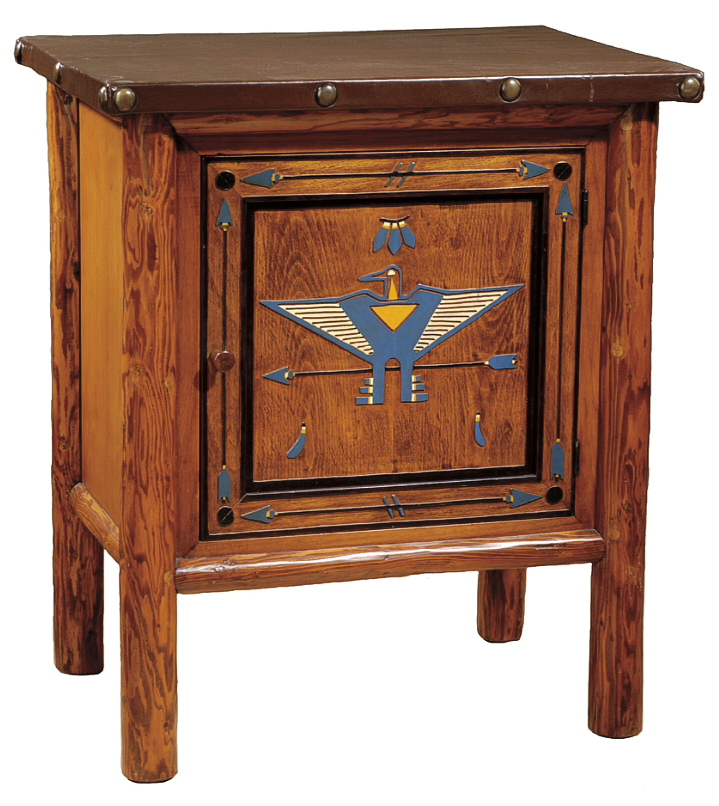 Thomas Molesworth side cabinet with routed thunderbird, circa: 1937. Photo by Garth Dowling