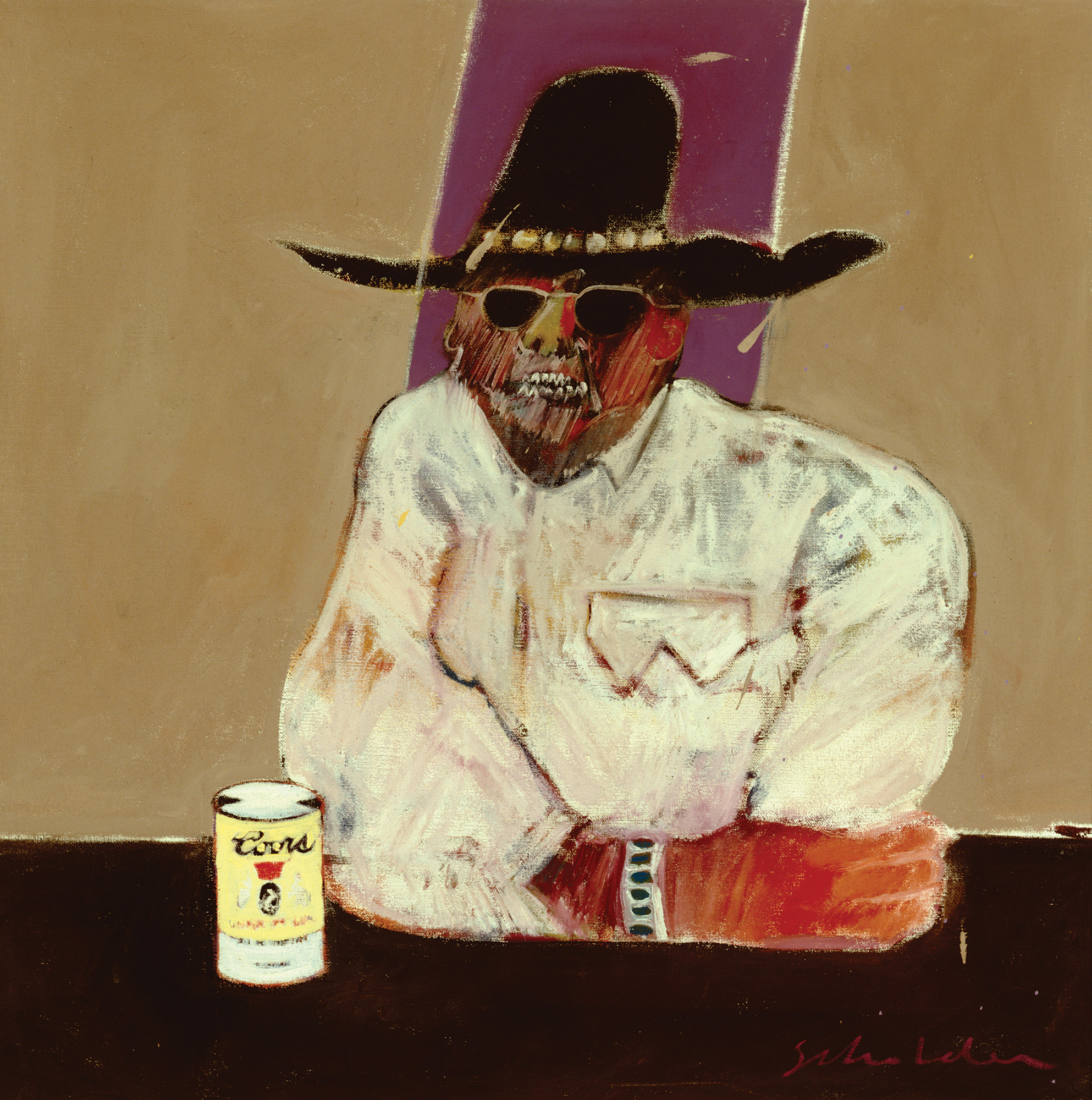 Authenticity is the bedrock of any art transaction. Though fakes are more closely associated with the contemporary art world (problems with bogus Warhols and Rothkos, for instance, are common), collectors of Western and Native American art would still be wise to pay close attention to what they’re actually buying.

For example, in 2000 the Georgia O’Keeffe market was shaken when a cache of 28 watercolors, known as the Canyon Suite, was sold to the Kemper Museum for $5 million, only to be declared fake. Phony Frederic Remington bronzes have long been a point of contention in the artist’s market, too. And rumors of fake George Catlins abound.

But what about art of a more recent vintage? Fritz Scholder is one of the few post-1960 Western artists with an established track record at auction. While fake Scholders are uncommon (probably because most of his paintings sell for under $50,000), they do exist, and every now and then a counterfeit turns up at a gallery or on eBay.

A few years back, I bought a painting called Indian at Gallup Bus Depot. The painting was an oil on canvas measuring 40 by 30 inches and was executed in 1969. While I had no doubt that it was genuine, as a matter of habit I began to examine all of the relevant factors that confirmed its authenticity.

The first thing I looked into was its provenance. I had acquired the picture from 203 Fine Art, an established gallery in Taos, New Mexico, but it was still important to find the original owner of the painting. Fortunately, Eric Andrews, the gallery’s proprietor, informed me that the painting came from Russell Wade, who had purchased it from the Tally Richards Gallery in Taos. I looked through various books on Scholder until I spotted Wade’s name and discovered he was the owner of a number of major Scholder canvases. (I also found, ironically, that Tally Richards, one of Scholder’s first dealers, occupied the same space that now housed 203 Fine Art.)

Once the painting’s lineage was confirmed, I next checked on the work’s physical characteristics. Indian at Gallup Bus Depot’s dimensions are 40 by 30 inches. From my research, I knew that Scholder liked to work in two standard sizes: 40 by 30 inches and 80 by 68 inches. The painting’s media, oil on canvas, was also consistent with the materials the artist used in 1969.

I then closely examined the work’s signature. Over the years, I had viewed numerous Scholder paintings to the point that I could instantly recognize his distinctive signature. That’s the thing about authentication, and an argument for working with an expert — if you look at enough paintings by an artist, identifying a signature becomes second nature.

But what of the image itself? The painting depicted an American Indian man leaning against an arcade game, decked out as a cowboy and sporting a tall, black cowboy hat. His face was grotesquely contorted, a stylistic trait that referenced the influence of Francis Bacon, which was consistent with the artist’s life history. Early in his career, Scholder visited Tate Modern in London, England, and was quite taken with Bacon’s work. The work also displayed Scholder’s trademark thick brushstrokes, reminiscent of his first teacher, Wayne Thiebaud, an artist known for his lush application of paint.

The painting’s subject matter was also typical of Scholder. His most famous image, Indian with Beer Can, portrays an American Indian dressed as a cowboy, seated at a bar with a can of Coors in front of him. Just like Indian at Gallup Bus Depot, Scholder had painted an indigenous person who participated in everyday life like other ordinary citizens, shattering our movie-fueled romantic notion of Native Americans.

Indian at Gallup Bus Depot ticked all of the boxes on the Fritz Scholder authenticity checklist, and this investigative approach can be applied to any work of Western art. It may be stating the tried and true, but I cannot emphasize enough the importance of studying the work of any artist you’re interested in buying. Other than personal knowledge, your greatest protection is acquiring work from established dealers or high-end auction houses. Beware of the description “attributed to,” which is a euphemism for fake.

These days, many collectors can’t resist scouring eBay for potential bargains. They do exist, but they are the exception. If purchasing work online, always establish whether the seller offers a return policy. In general, buying fine art on the internet is a little like a stroll down a carnival midway — you pay your money and you take your chances. The bottom line is when it comes to establishing authenticity, there’s no substitute for viewing a painting in person. 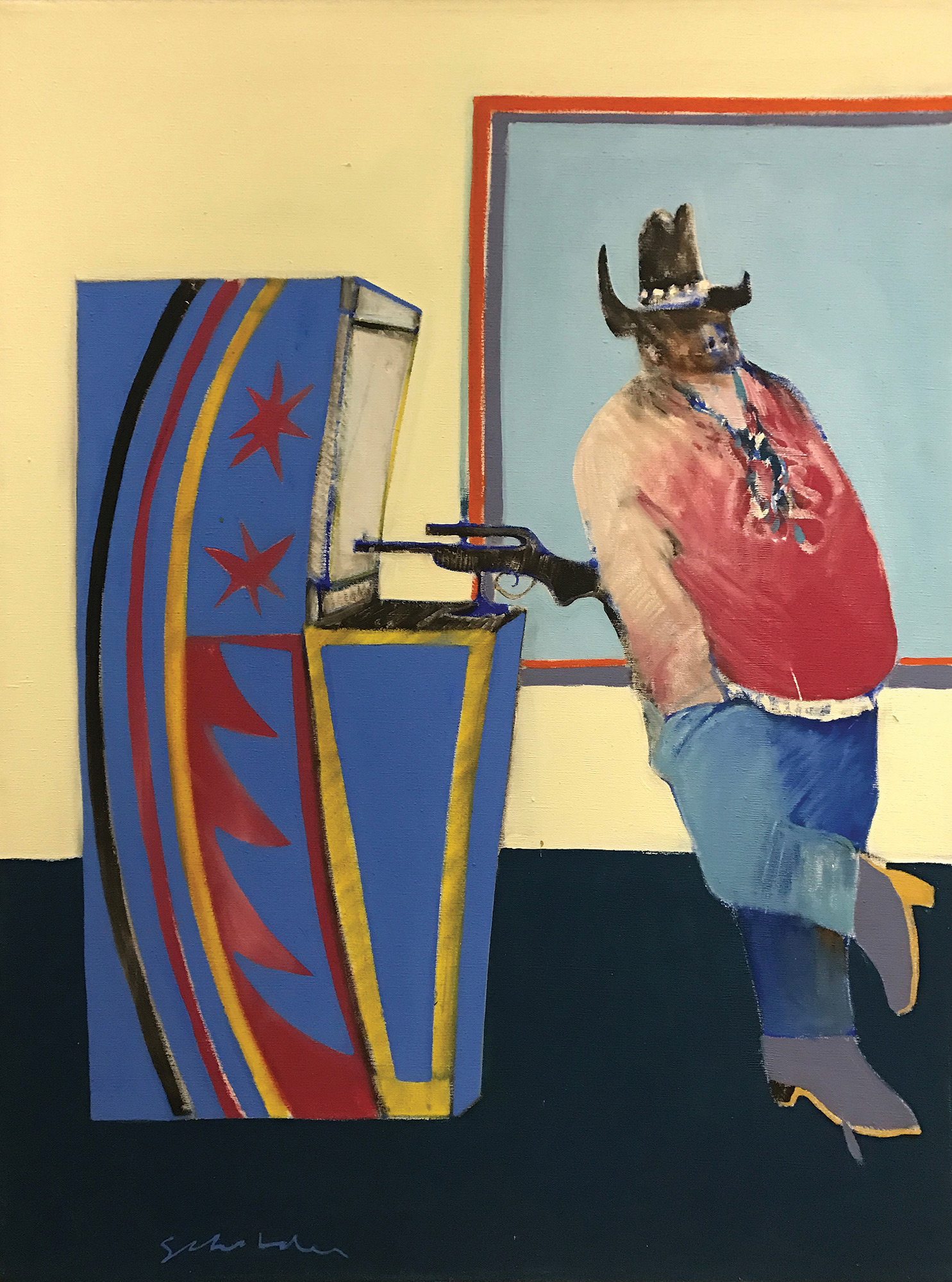