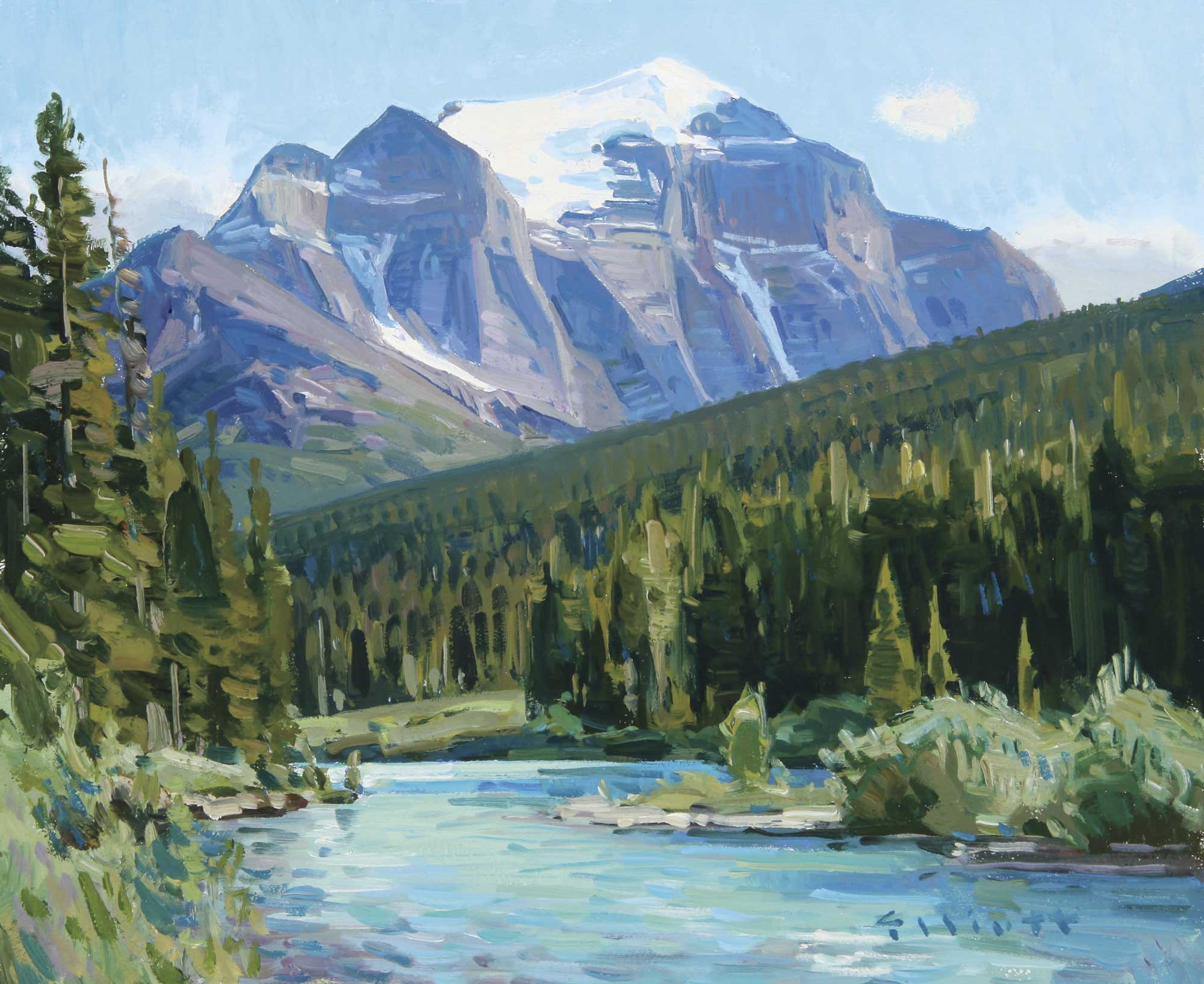 Maryvonne Leshe loves sculpture. Collecting them for 25 years she has more than 60 bronzes. There’s only one thing missing from her collection now: space. “I’ve run out of room,” she says. The managing partner of Trailside Galleries in Jackson, Wyoming, and Scottsdale, Arizona, Leshe knows hers isn’t the only art collection with this problem. “I hear it all the time from clients. I tell them the same thing I tell myself, ‘There’s always room for a miniature.’” The market for small pieces of art is growing.

Once confined to religious manuscripts — in the Middle Ages and Renaissance, “illuminators” painted ornate religious and secular scenes and figures inside gold-leafed capital letters — and then predominantly done as portraits (until the copyright of the daguerreotype in 1839), miniatures are now of any genre: landscape, wildlife, portrait, still life, even abstract. They are painted and sculpted.

While miniature purists do have specific criteria for what determines a painting to be miniature rather than small, these differ between countries and cultures. Some groups require subjects be painted no larger than one-sixth of life-size. Others state a painting must be no larger than 5 by 7 inches. Or 9 by 12 inches. For most collectors and artists who don’t belong to a miniature society, however, these rules are unimportant. “Most people know what ‘miniature’ is when they see it,” says Jennifer Lee, coordinator of the National Museum of Wildlife Art’s annual Western Visions Miniatures and More Show & Sale. “And artists feel it when they’re painting or sculpting it.”

“I see a small painting as an intellectual piece, while a larger painting is an emotional piece,” says Matt Smith, a Scottsdale-based landscape painter who won the Western Visions’ Red Smith Award for Best in Show in 1997. “A large painting really hits you in the gut, whereas a small painting tends to pull a viewer in more to look at how the painting was handled.”

Other than size, miniature paintings and sculptures don’t necessarily differ from their larger counterparts. (Where they do is when the miniature is a study — Carl Rungius did copious studies for his larger paintings — a sketch, or a vignette.) “As a general rule, a miniature should invite, and stand up to, close inspection as well as holding its own from a distance,” explains Rosalind Pierson, president of the UK’s Hilliard Society of Miniaturists. “[It] should contain all the elements of a larger picture — good composition, color, balance — as well as fine brushwork.” Smith, who estimates about 80 percent of his pieces to be small, agrees: “A good painting is a good painting regardless of size.”

“Collectors interested in miniatures need to do their homework,” Leshe says. “Attend the best shows. Know how to recognize a piece as a sketch, a study, a worthwhile painting or a vignette. Nothing is wrong with miniatures that aren’t finished paintings, but the type of miniature they are understandably affects their price.”

Price is important since it is another reason behind the growth in the miniature market (the first being miniatures’ convenient size). At the annual Small Works Great Wonders show at the National Cowboy & Western Heritage Museum — the same museum behind the annual Prix de West show and sale — pieces start at $500 and the majority are in the low thousands. “An artist’s miniature might sell for $1,000 while their Prix de West piece could sell for more than $6,000,” says Shayla Simpson, the museum’s director of PR and events. “One of the reasons we started our miniature show was to give new buyers a chance to add established artists to their collection.”

Given the current economic conditions, miniatures could become even more popular. “Even longtime collectors will feel the zeroes on larger pieces adding up,” Leshe says. As of this article’s writing in late summer, however, none of the major 2009 miniature shows had yet been held. “We just don’t know what to expect this year,” says Brenda Kornick, coordinator of the Masters in Miniature Show at the C.M. Russell Museum. “Last year we sold about 50 percent of the show’s pieces, which was pretty even with previous years.” While she can’t predict this year’s demand, Kornick says the supply is unchanged. “Artists still like painting them; we received the usual number of applications.”

The Biggest Shows in Miniature Art

Museums and galleries have met the increased demand for smaller pieces with a greater supply. The C.M. Russell Museum was a pioneer when it held its first Masters in Miniature Show 24 years ago. Several years ago it had grown bigger than the museum liked and is now limited to about 200 pieces by 100 artists. This year’s sale was held September 12. The National Museum of Wildlife Art soon followed the Russell Museum with its Western Visions show. Always held during Jackson’s Fall Arts Festival, this year’s sale was held September 18. Tulsa’s Gilcrease Museum hosts its annual American Art in Miniature show and sale the first weekend of November. The National Cowboy Museum’s Small Works Great Wonders show is only in its fourth year but, thanks to the reputation of that same museum’s Prix de West exhibit and sale, is already extremely popular with both artists and collectors. Because the museum wants Small Works Great Wonders to be more intimate than Prix de West, the number of artists is kept between 80 and 100 (many of whom also participate in Prix de West). This year’s sale is November 19. In the same spirit, the Autry Center’s Masters of the American West showcases a Wall of Miniatures as an addition to the sale in February 2010. 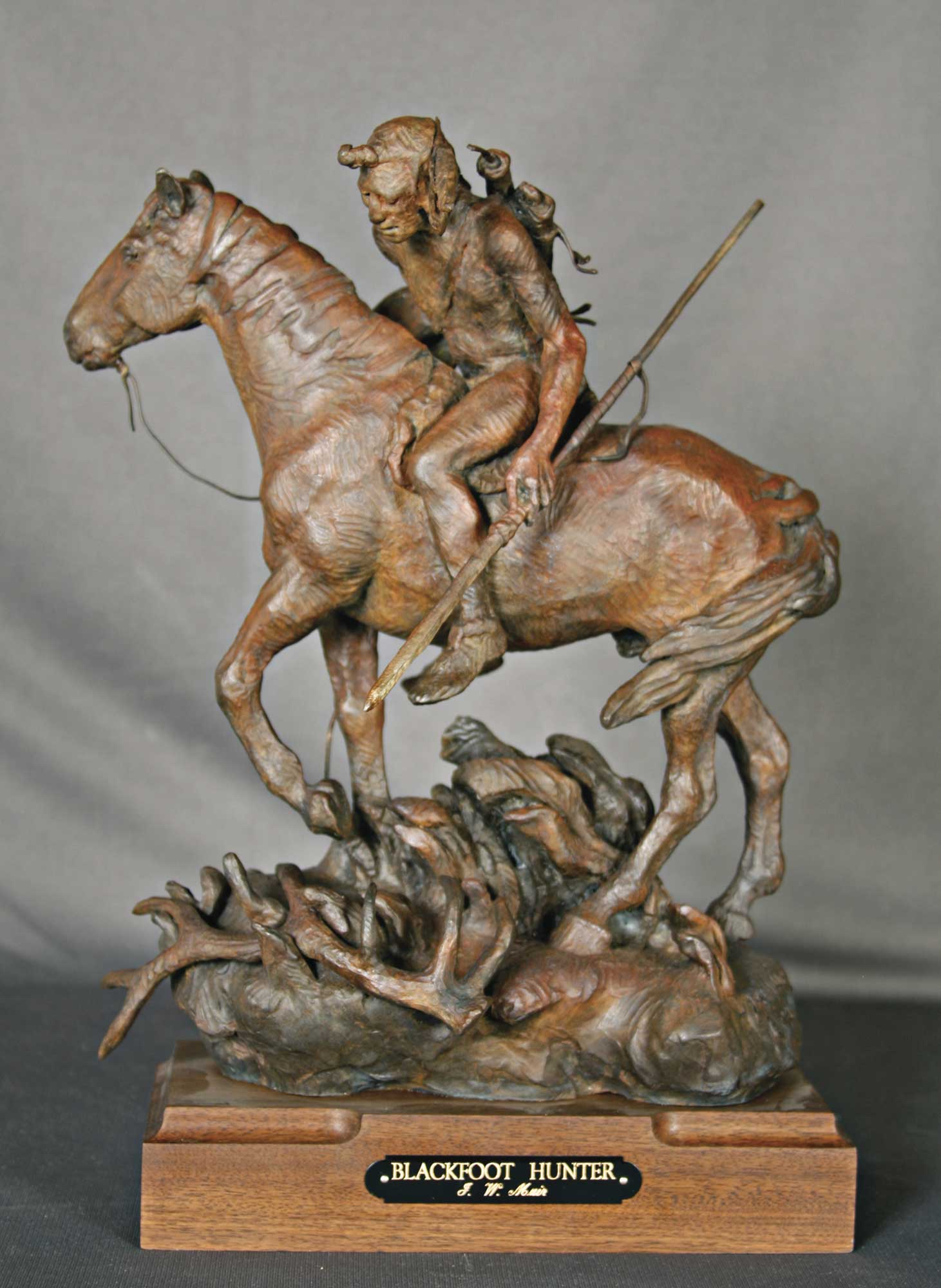 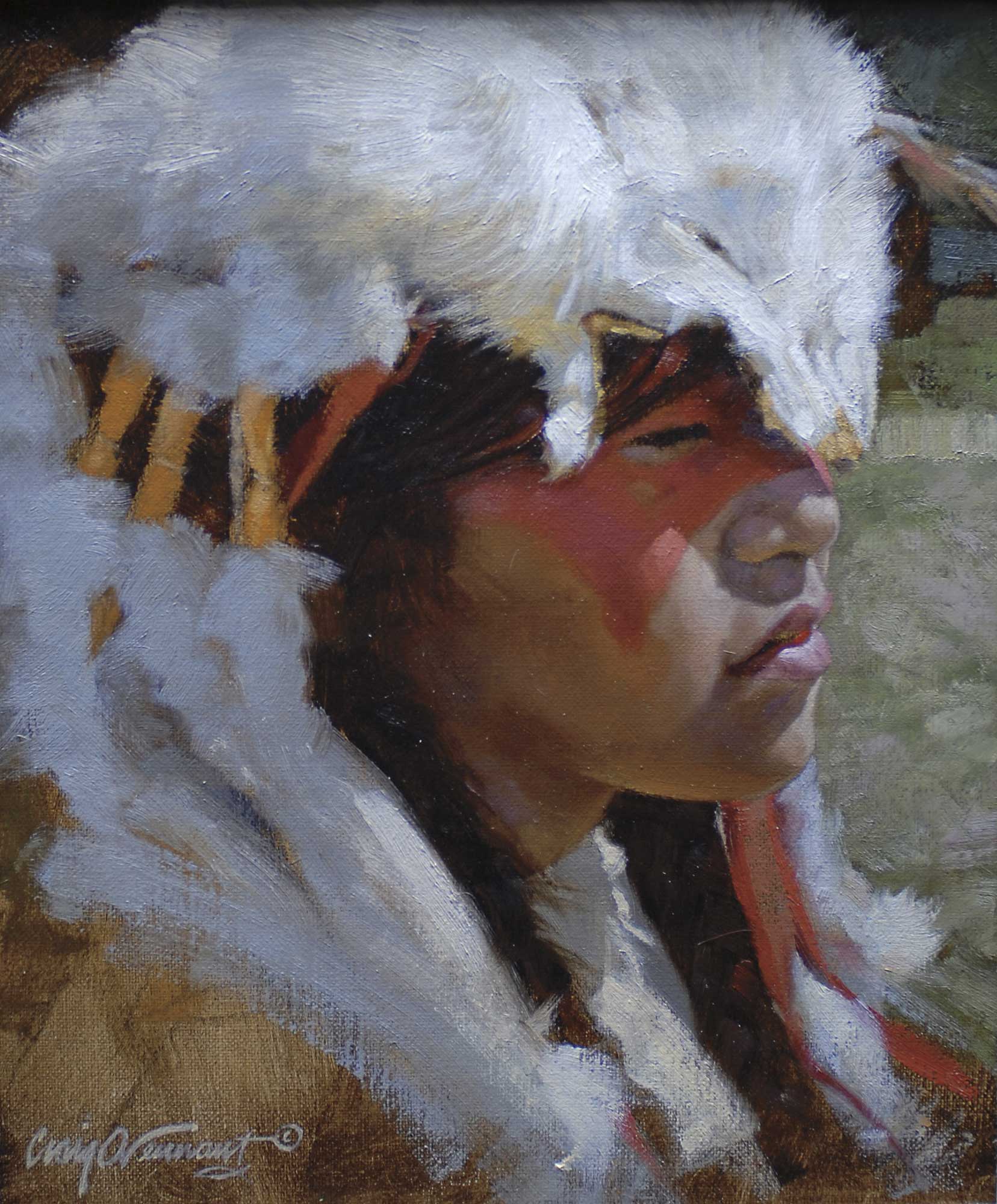 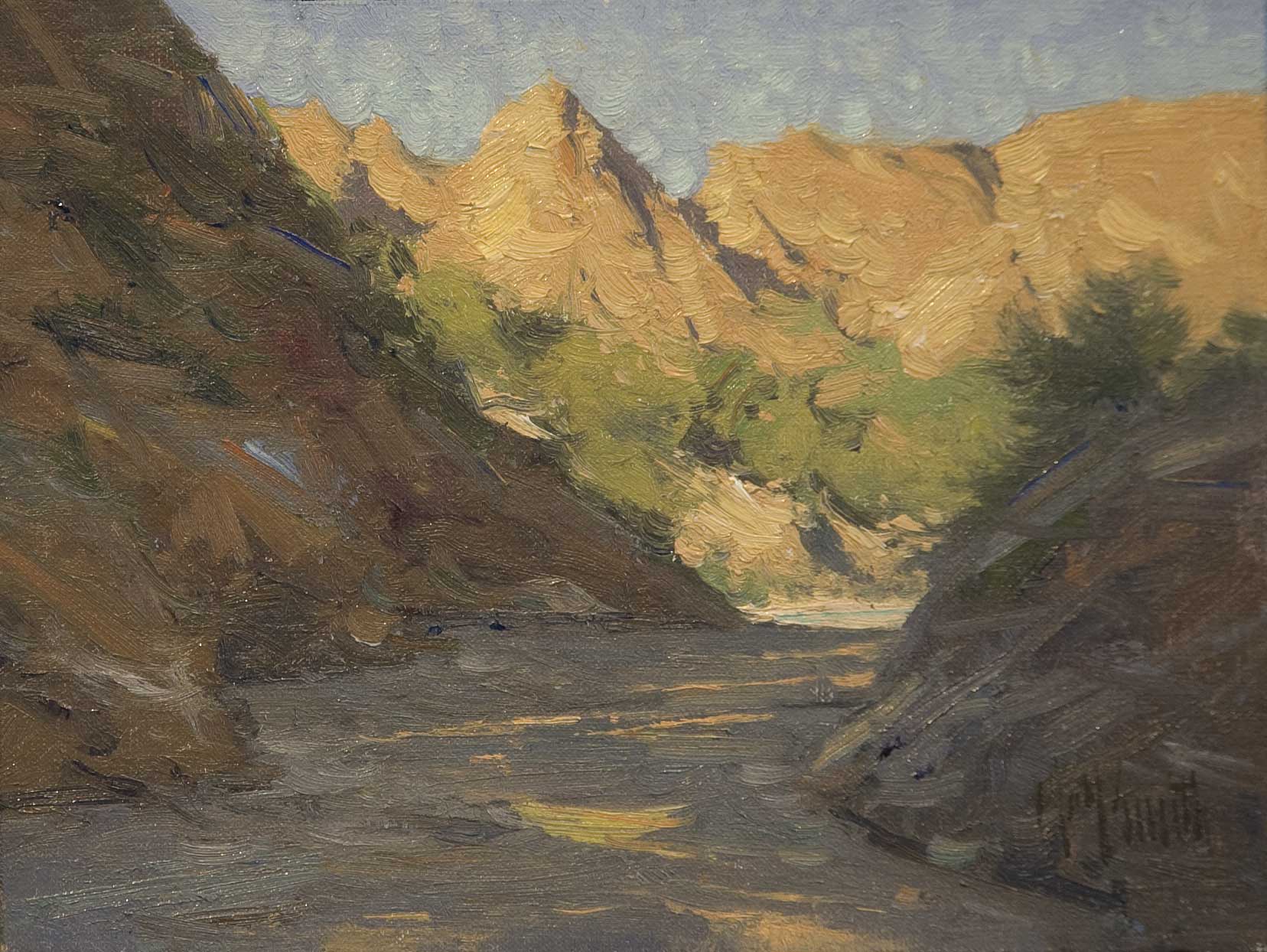 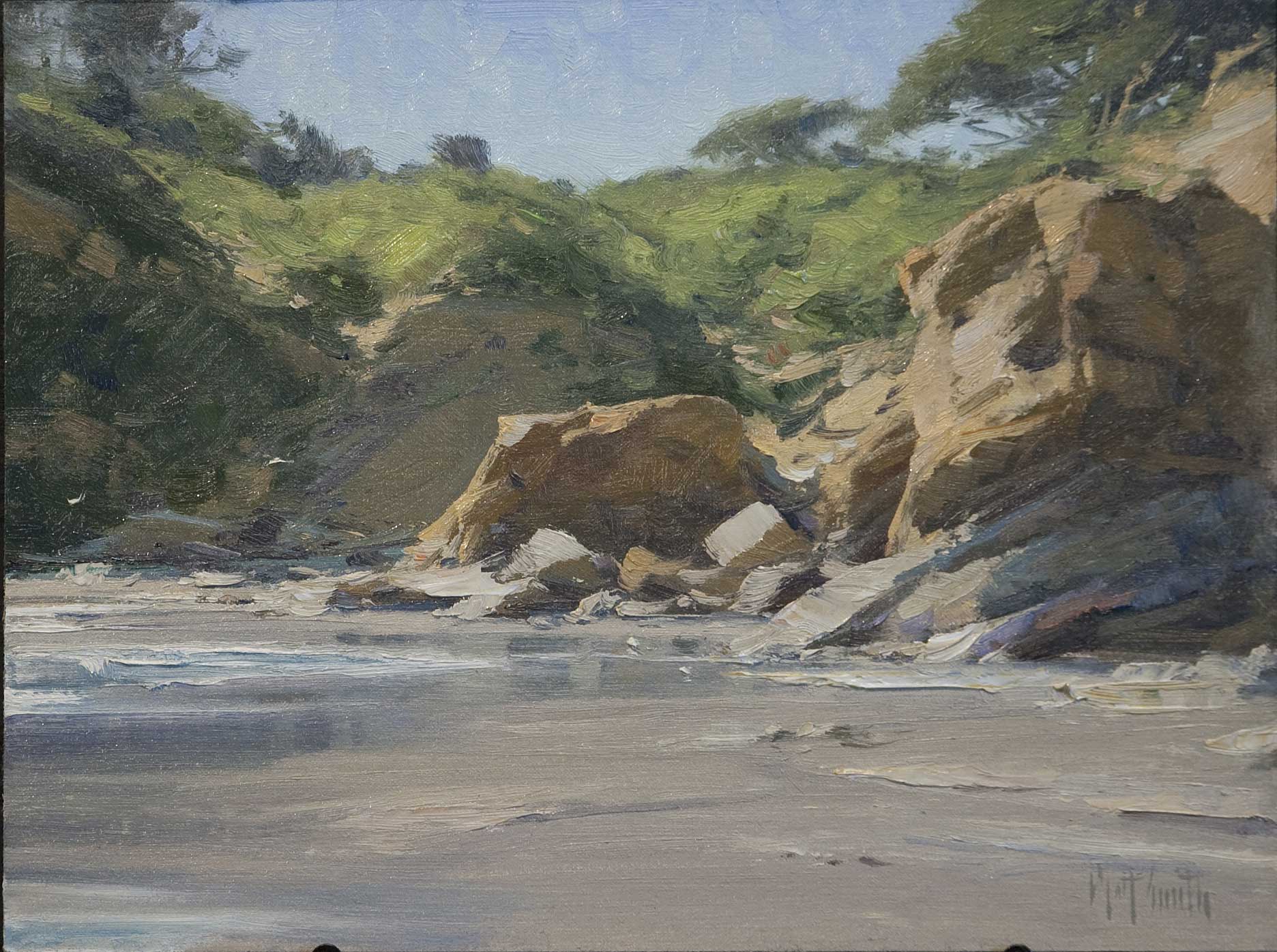 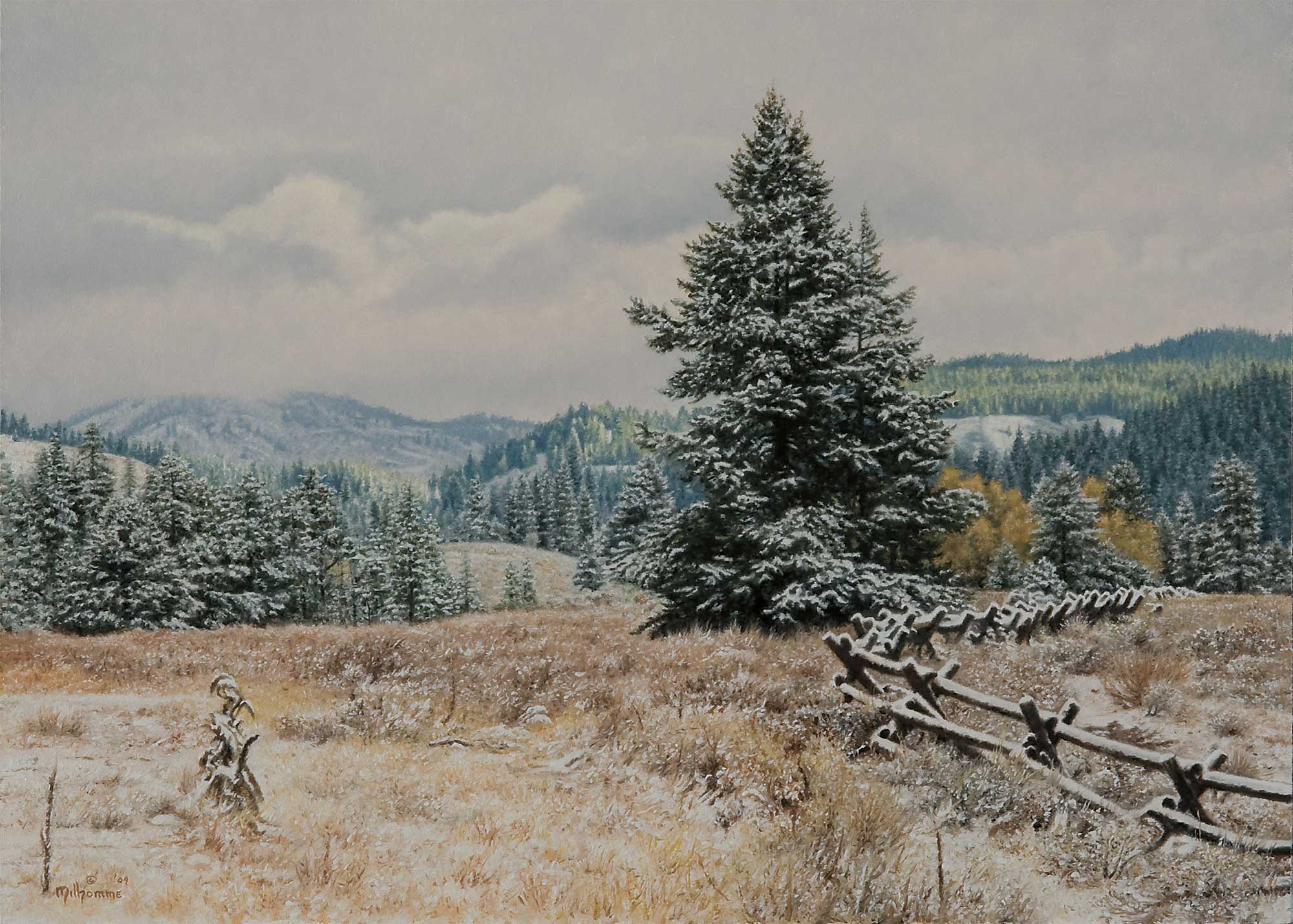 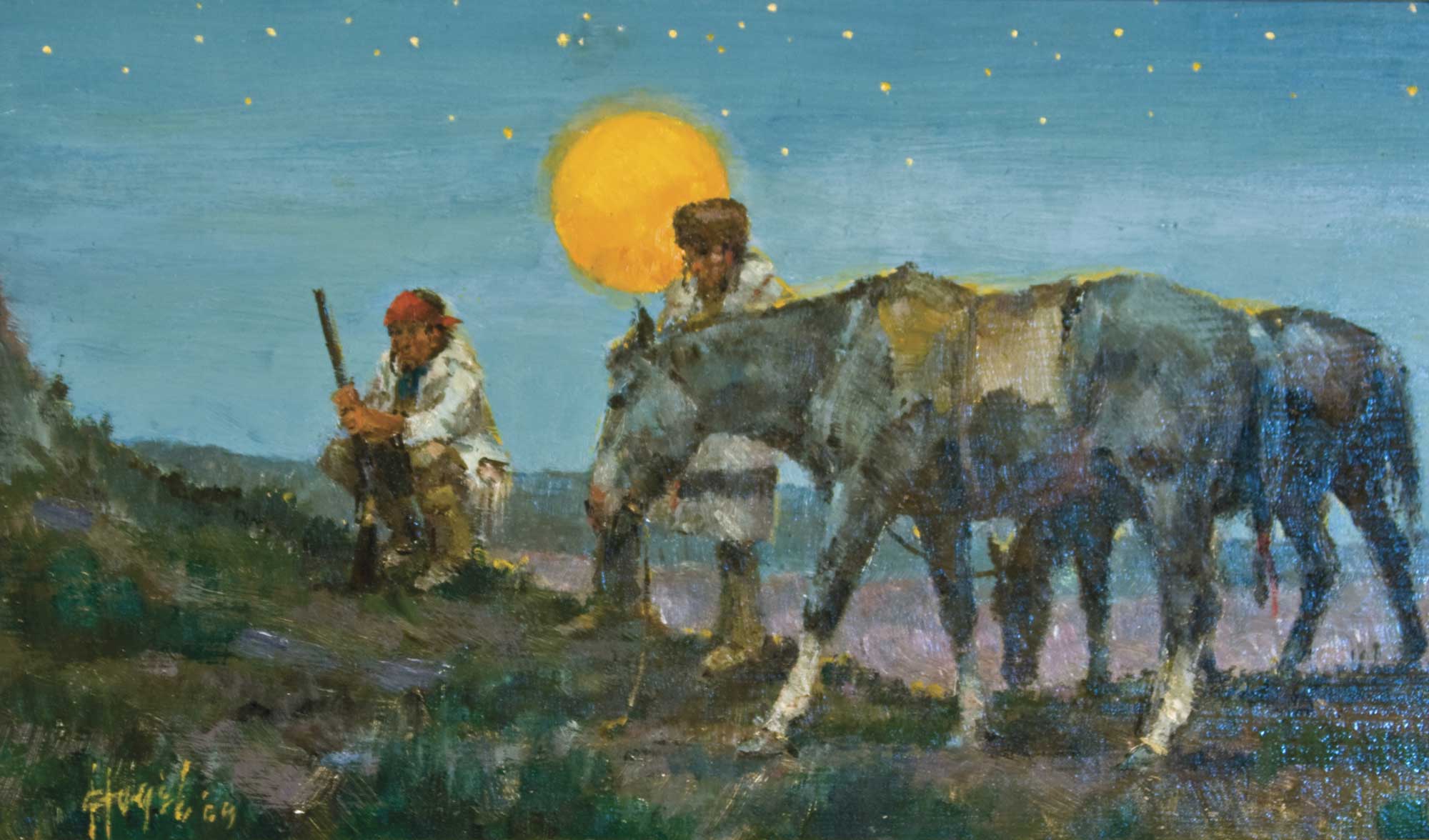 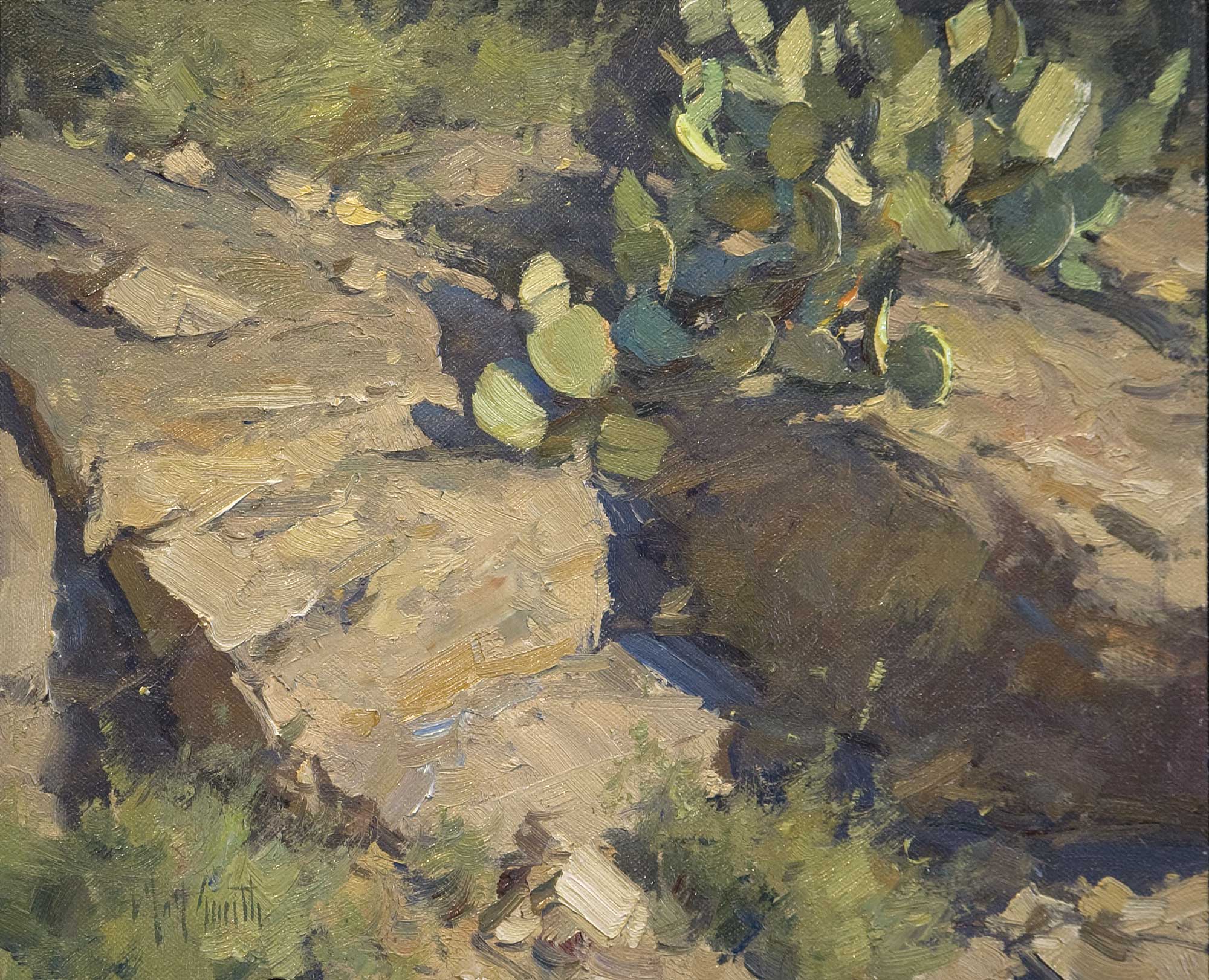 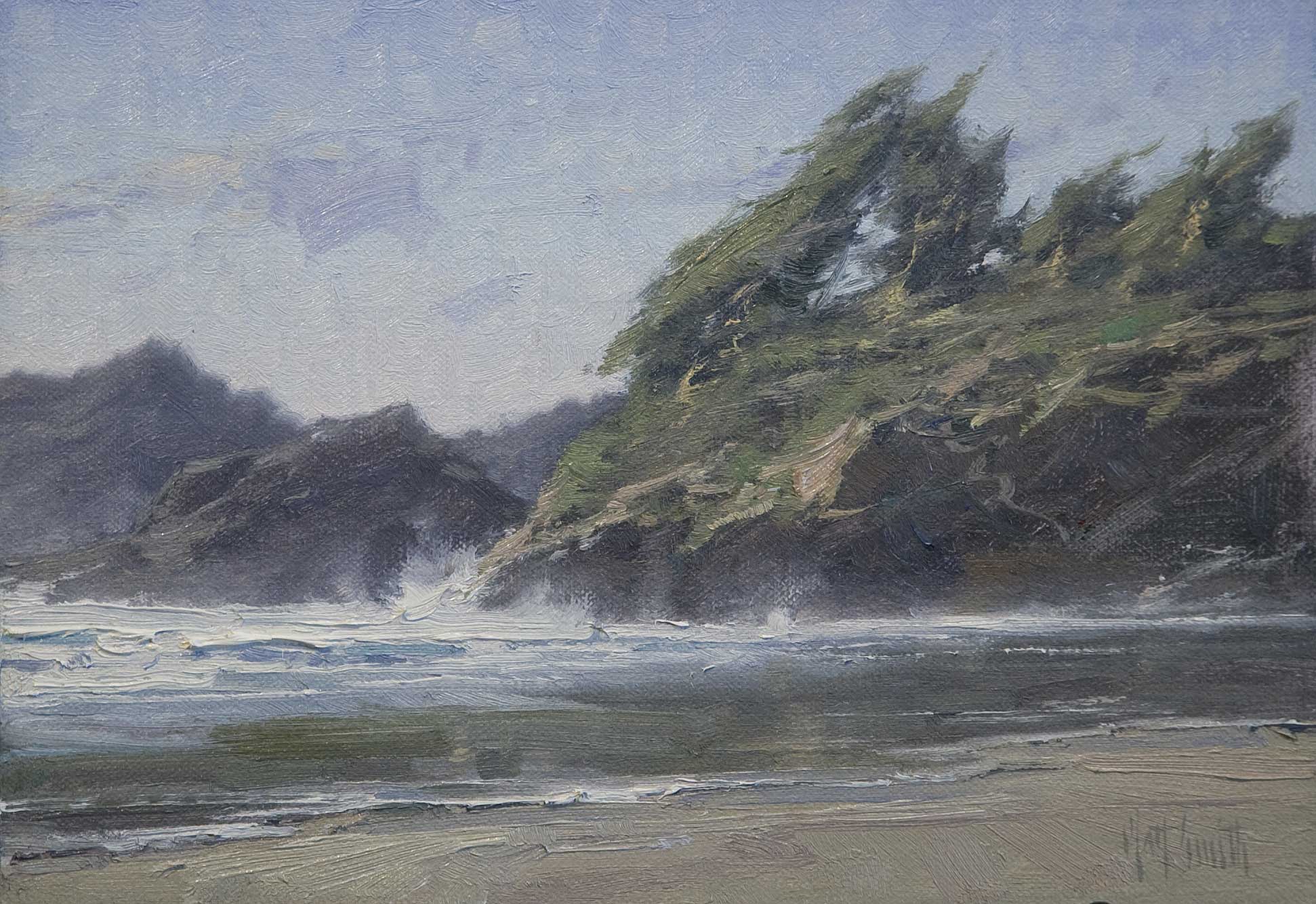 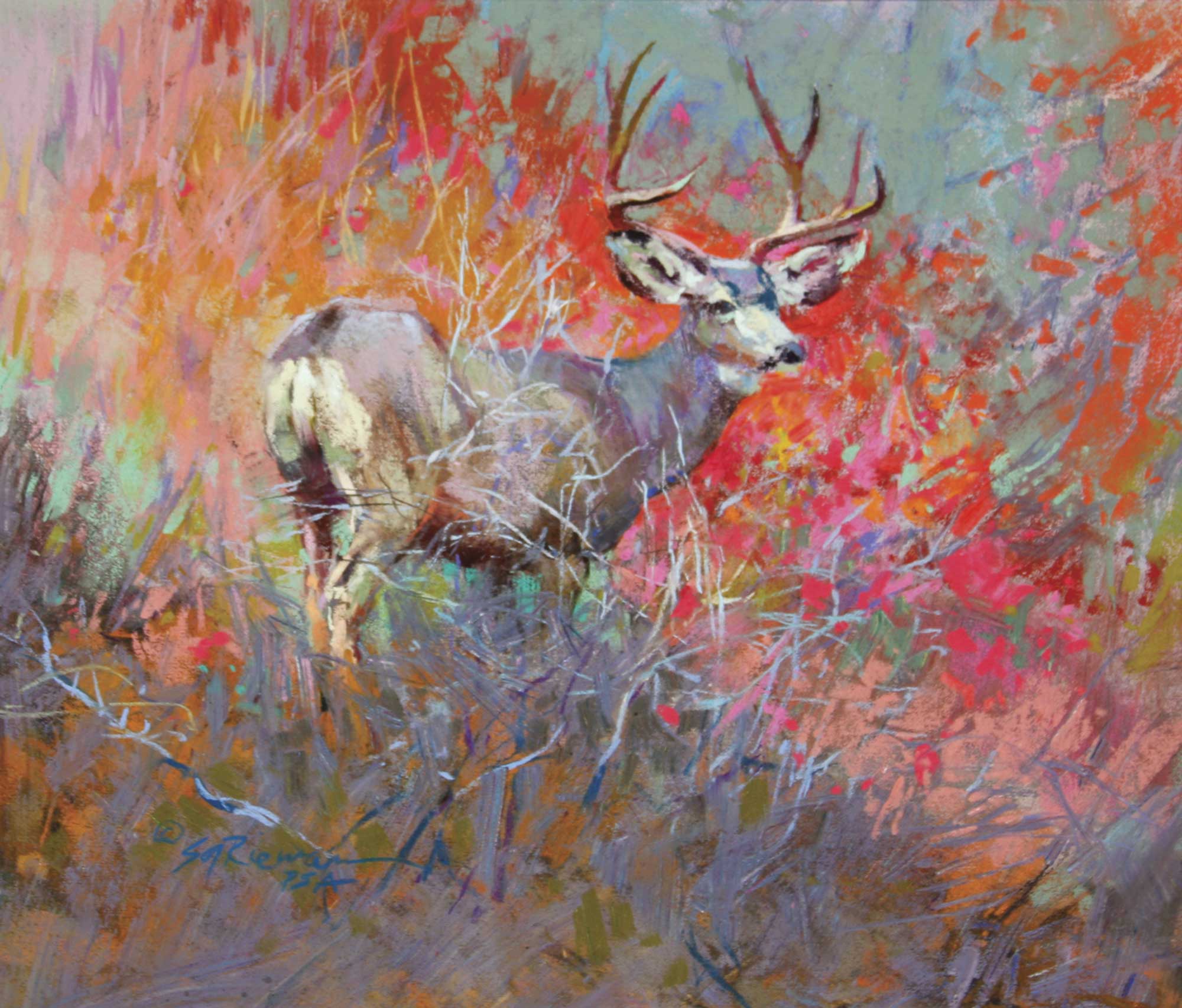 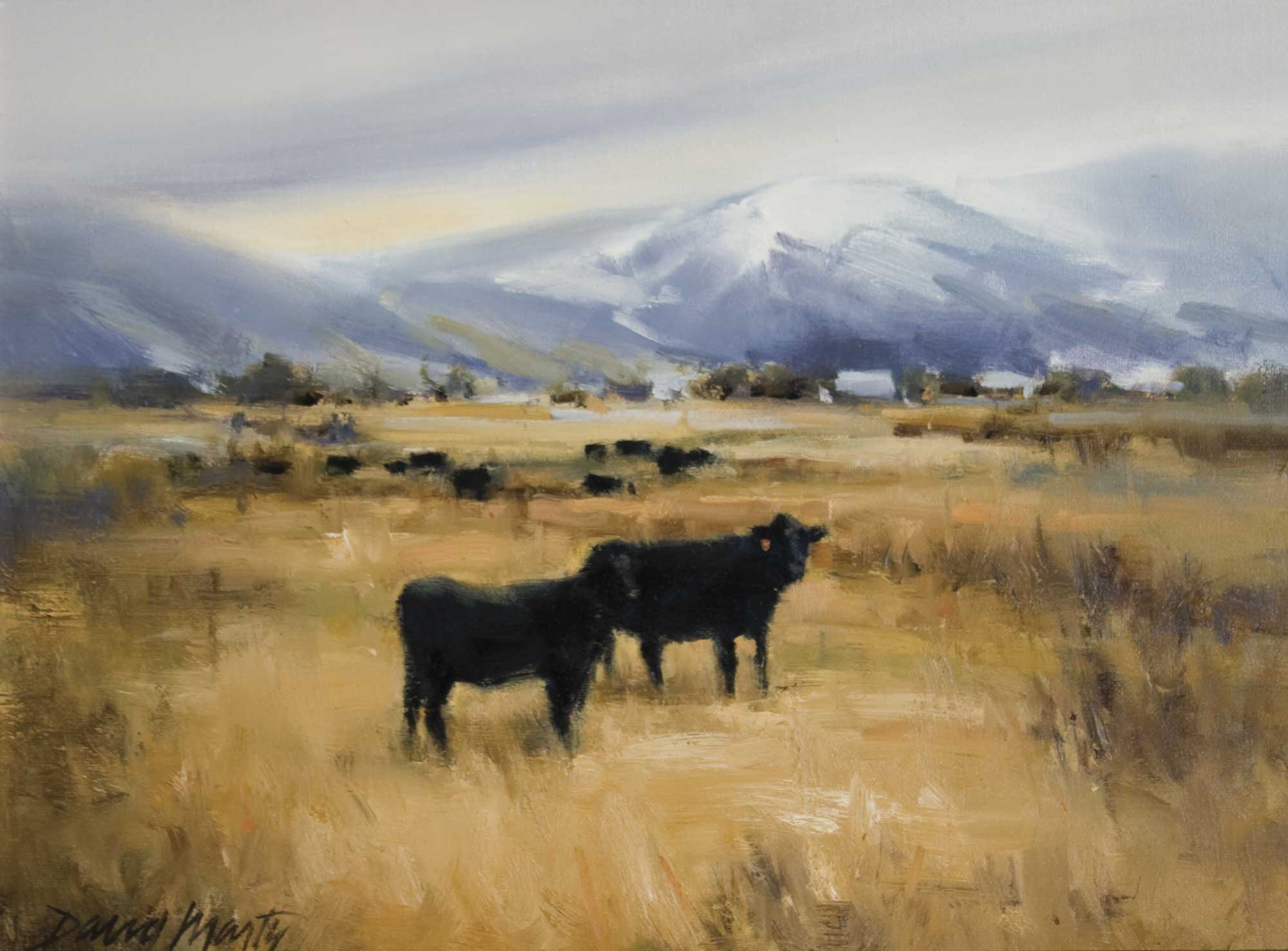