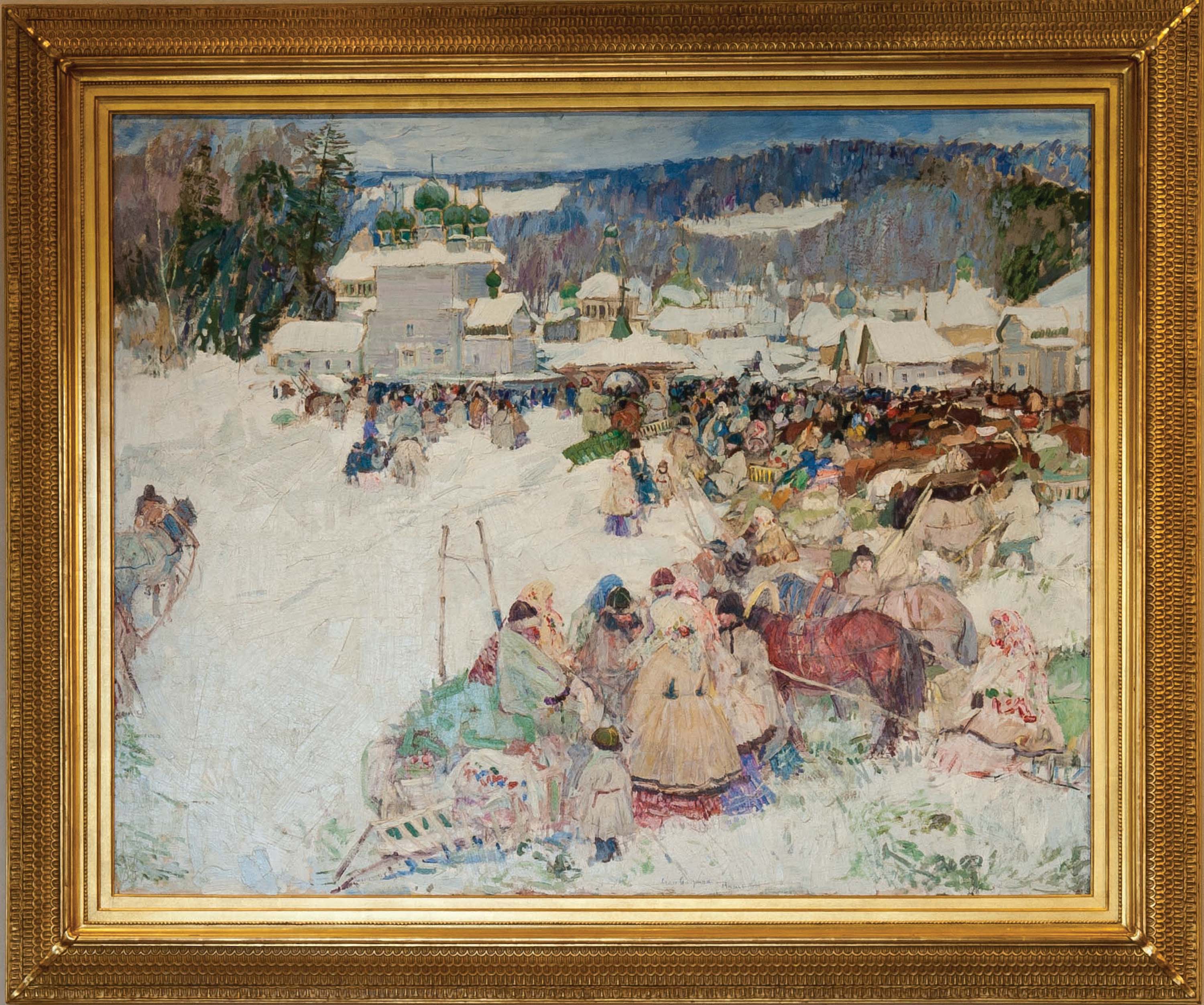 The term provenance — derived from the French word provenir, meaning “to come from” — refers simply to the history of an artwork: its origin, proven or suspected, and the chronology of its ownership. “It’s the history of an object,” says Gerald Peters, of Gerald Peters Gallery. “That’s all it is.” While the idea of provenance sounds simple, actually establishing provenance can be incredibly trying. But because determining provenance is essential in the works of any collection, museum professionals and gallery staff devote untold hours to its pursuit.

Depending on the age and source of a particular work, provenance encompasses various issues, and is often inextricably linked to authentication. In the case of Renaissance paintings, for instance, simply determining authorship might be the foremost task, since so many of the masters had pupils studying with them and other artists working under them. Forgeries exist for all eras and genres right up to mid-century modernism, and certainly there are forgeries hanging in major museums. (“The greatest forgeries are never found, sadly,” says Peters). Copies also make the job difficult. A painting might originally have been done for the artist’s edification, but if well executed could later be confused with an original; bronzes cast after an artist’s death — and in the case of Remington and Russell, there were many — also enter a gray area.

Looted or stolen work — from Persian antiquities that disappeared from the Baghdad Museum after the fall of Saddam Hussein, to European masterworks stolen from Jewish collectors in France and Germany during World War II — complicate matters further. Untangling those webs of intrigue is not for the faint of heart. In one case, the Philadelphia Museum of Art made the unhappy discovery that two paintings in its collection   had been stolen from their Jewish owners during World War II: a painting by Jean-Baptiste-Camille Corot confiscated by the Nazis from a French collector, and a Gustave Courbet, also stolen from a private French collection; the latter ended up in Hermann Goering’s personal collection. The paintings were returned to families of the original owners, eventually purchased by a benefactor of the museum and ultimately donated back to the museum in 1963.

The art world has always attracted hucksters, con men and fortune hunters. Forrest Fenn, an art historian and dealer in Santa Fe, has met his share. “Provenance is useful only if it can be proven,” Fenn points out. “It is not unusual for someone to make up an enticing story in order to enhance the value and desirability of an object. I once was offered the knife that killed Caesar. It came with a notarized letter and a story that was so good that I almost bought it. Several years later I was offered a different knife that killed Caesar. It still had “blood” on the blade, but it smelled like catsup.”

For the creative crook, Fenn adds, the possibilities are endless. “About twenty years ago a trader came to me with a really small human skull. It was the size of a small grapefruit. He said it was Napoleon’s skull and he wanted $2,000 for it. I said that can’t be Napoleon’s skull because it is much too small. The trader replied, ‘Oh, it’s his skull when he was a kid.’”

A very different aspect of provenance concerns an object’s previous owner, or owners, both their notoriety or status and numbers. In 1996, a small silver tape measure monogrammed with the initials J.B.K. sold for almost $49,000; it had belonged to Jackie Kennedy.

Asks Sue Simpson Gallagher, owner of the Simpson Gallagher Gallery in Cody, Wyoming, “Does provenance make a difference? Sure. But mostly if the item hasn’t been shopped around in galleries and auction houses. The more of a rarity and the less it’s been publicly viewed or available, the more valuable it is. But if Marilyn Monroe owned it, that gives it more value. Provenance matters more than a lot of people will admit. The value of a piece can go up 20 percent or more if it was part of an important collection, or if it was a single-owner piece.”

Gerald Peters agrees. “Always look for provenance and keep those records. The more that’s known about a painting’s history, the more value it has long-term. The quality of an object is what really counts, but a great provenance adds to a patina of clarity and history.”

As a collector, one should do his homework, but in the end it’s important to rely on instinct as well. “When I was moving from Lubbock to Santa Fe in 1972,” recalls Forrest Fenn, ” I was driving a U-Haul truck that contained everything I had, including my wife and two young daughters. I stopped for gas in the little town of Vaughn. When I went in to pay my bill I saw a small pistol hanging over a door in the gas station. It had a little sign under it that I could not read. I wanted to collect guns but didn’t have any money. I asked the owner how much he wanted for the pistol and his reply was $10,000. When I told him it was a two-dollar pistol, he suggested that I read the sign. So of course I got a chair and read: ‘Very rare Smith and Wesson pistol, $10,000. This is the only gun in New Mexico that was not owned by Billy the Kid.’” 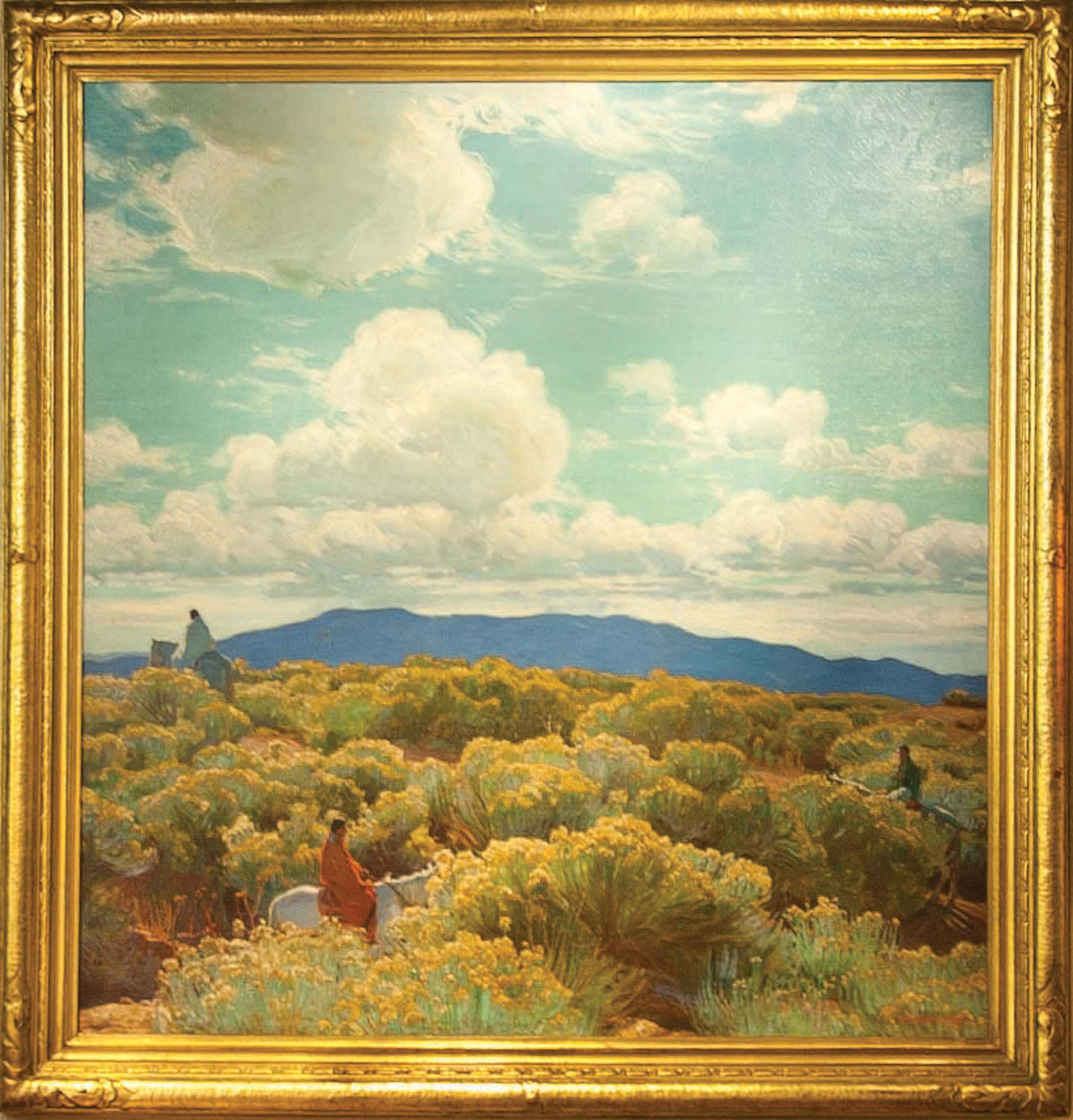 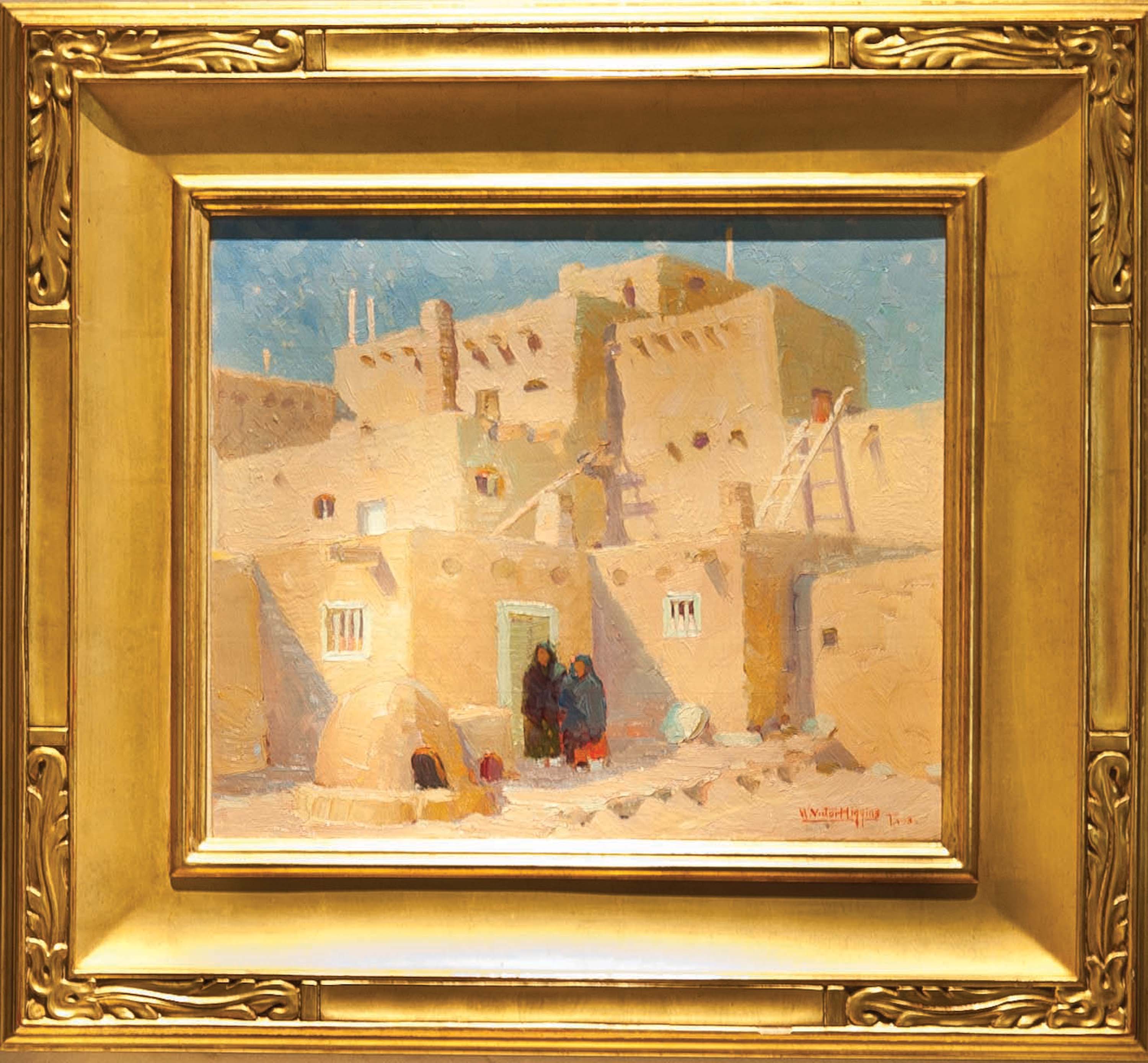