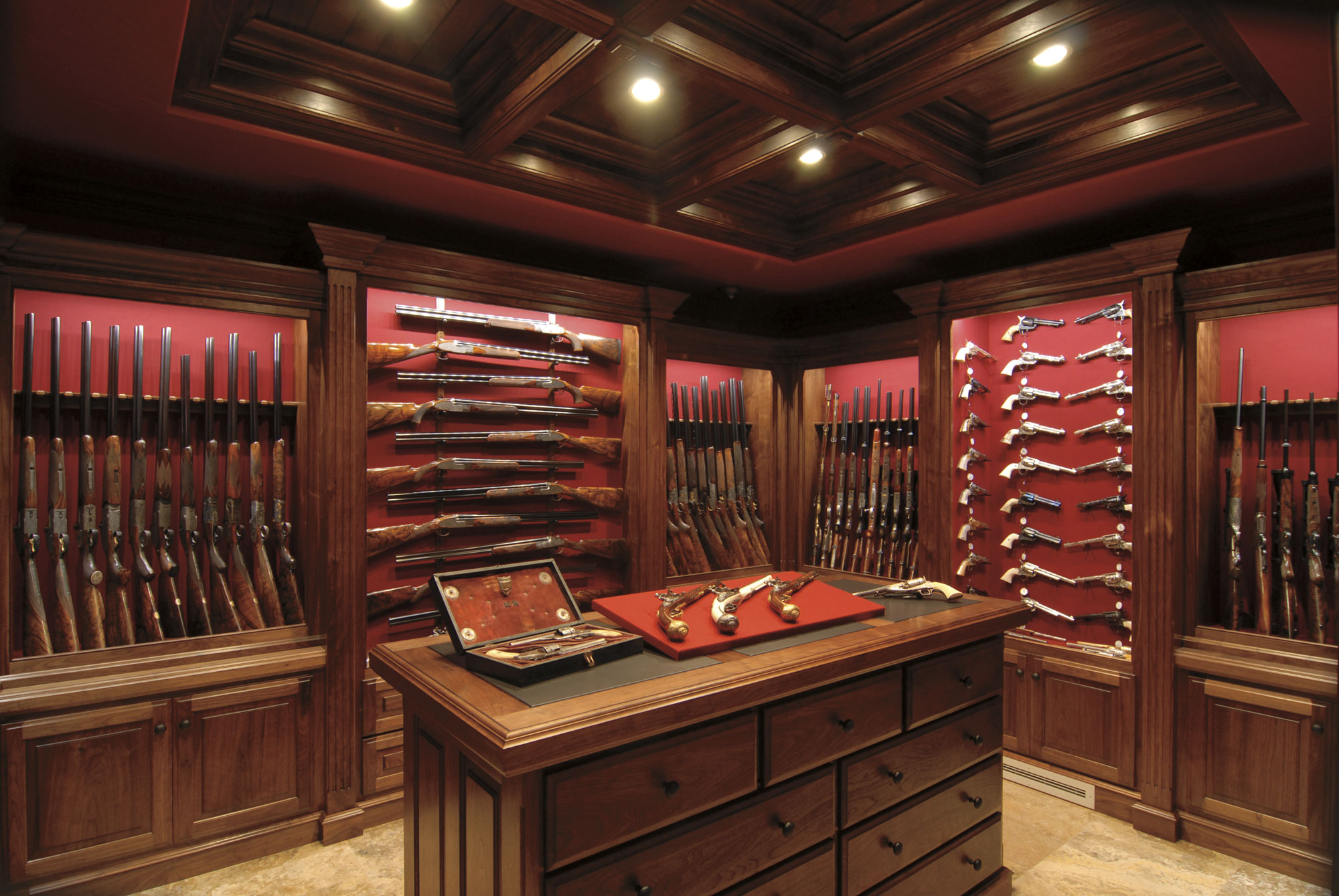 Almost 20 years ago now, I was the manager of a small ranch in Montana’s Bitterroot Valley. In a side room of the main house were several large gun safes containing a truly impressive collection of old and new firearms. Recognizing my interest, my employer would often call me up to look at some new acquisition, or to handle some particularly rare old rifle or handgun. There were original Sharp’s rifles, customized by long-dead Native Americans with brass tacks on the stock to form sunbursts or the outline of a buffalo skull, and Le Mat revolvers that had been carried by Confederate officers in the Civil War. Dueling pistols from 1800s Ireland were lethal works of art, so finely balanced that they seemed to rise in the hand of their own accord. We held these weapons, perhaps added a drop or two of oil to a dry breech or lock, and felt the deep history in them, almost an aura, of powder smoke and battle, blood and sweat and rain. And then we put them, carefully, back into the darkness of the safes.

It always seemed like a shame to me, that to protect them, those old works of art and mayhem must be hidden away, their beauty unseen, stories stilled. Today’s gun collectors and serious shooters with a full quiver of guns have much more satisfying options than the tried-and-true gun safes, or even the beautiful cabinetry and locked glass cases used by the finest museums.

“I have very little interest in just looking at some gun through glass,” said Tom Julian, of Julian & Sons Fine Woodworking, a company based in Heber Springs, Arkansas, that, for the past 25 years, has designed and built high-end gun cabinets and gun rooms for clients from Puerto Rico and Hawaii to Maine and Washington State. “Over the years we’ve developed what we call the ‘artful presentation’ of private gun collections. We want to display the guns so that you can walk up and look at them, pick them up, feel how they handle.”

Obviously, a gun owner doesn’t want just any visitor to have access to the collection. “There has to be some kind of security, of course,” Julian explains. “Even if it is just to make sure the collection is safe from a fire, which is one of the major concerns, since so many of these guns are irreplaceable.”

The answer evolved, in part, from Julian’s experience building “game rooms” for hunters, many of whom he met through his life membership in Safari Club International, and during his own extensive bow hunting trips through the elk country of the West. (“We don’t call what we build ‘trophy rooms,’” he says. “The game animals that are displayed in our rooms are the visual representations of great adventures.”) Fine cabinetry to hold the exquisitely crafted tools of the hunt — the guns — was a logical addition to the game rooms. But a serious collection of firearms, if it is to be seen and appreciated, poses a different set of challenges, Julian explains. “There is a point where you want a separate room, structurally, mechanically and aesthetically designed for your purpose.”

The gun rooms that Tom Julian and his sons build vary in size and style. “We are doing one in northern California right now that will have a gear room, a reloading room and the gun room, all in one, and all finished in Mississippi River black walnut, hand-rubbed with Danish oils. It is truly beautiful,” Julian said. “A gun room can be a man’s cave, where he tinkers, and finds solitude, or it can be a place where he invites his friends in to enjoy the guns, and the place, with him.”

Whatever size or design, whether finished in black walnut or African hardwoods, the gun rooms have one function that does not change: to preserve their precious contents. “Tom James at Fort Knox Safes in Utah helped me design a vault door that swings into the room, so you can put a conventional door in front of it,” Julian explains. “Walls and ceilings are 8-inch concrete — if you have a fire, most homes burn in about 90 minutes, so you need to have walls that will withstand the heat for that long at least. And, obviously, there can’t be any place for flames to draft in around your plumbing or wiring.”

With a positive air flow and a comfortable, constant temperature of 68 or 70 degrees, the gun rooms are similar, at least in climate, to the wine rooms that Julian & Sons also build. “Humidity levels are important,” Julian said. “We keep it at 30-35 percent to keep stocks from drying and cracking, or twisting, which affects the accuracy on a rifle.”

Lighting the guns, and the rooms, has been an evolving art. “We are very proud of our cabinetry, and we’ve spent a lot of time trying to find the best way to light our work and the collections it holds. We’ve been through the halogen lights, but now we use the LEDs. I never knew much about the theory of it all. But everywhere I go I study how other people do it, and I’ve seen it done so badly, and seen it done well, and slowly, over the years, I’ve learned from that,” Julian explained.

Wherever that Bitterroot Valley collection ended up, I like to imagine that some of it found its way into softly lit and comfortable rooms, turned carefully in the hands of someone who loves old guns and lost history. I imagine that those dueling pistols are displayed some place where they whisper stories of snowy carriage rides to places of bloody reckoning, or those old Sharps’ are pointed, once again by some modern rifleman who hears, like an echo, the whoop of warriors, and the thunder of bison hooves.

Anyone looking for information on the display of privately owned firearms can mine a rich vein of ore across the West. Some of the world’s best museum collections are found here, from the sprawling Buffalo Bill Historical Center in Cody, Wyoming, to the C.M. Russell Museum in Great Falls, Montana, and beyond. Each museum has its own team of artists and craftsmen who build the displays, arrange the firearms and design the lighting, most of whom are usually more than willing to discuss their work. Bob Barthelmess, at the Range Riders Museum in Miles City, Montana, estimates that he has devoted 22,000 hours of carpentry work to creating an experience for visitors to his museum. “What we want is to exhibit an entire history of Miles City, which is the history of Montana, because all of it came up the Yellowstone River, right through here.” Barthelmess uses only local materials to build his displays, and he does not concern himself too much with the standard museum-curator fears about humidity or harsh sunlight. “I know a lot of people worry about those things, but most of our exhibits come from outside, and have been exposed to all of that already, and they are still beautiful.”

Jack Lyon, who owns Leatherwood Furniture in Great Falls, Montana, builds displays for the C.M. Russell Museum, which houses the immense Browning firearms collection, among other guns and treasures of history and art. Factors like humidity are already tightly controlled in the museum as a whole, so Lyon can devote himself to the art of displaying the exhibits without those concerns. “Our gun displays, so far, have been pretty straightforward,” he explains, “but I’ve done cases for beautiful guns before, and as we develop this new bison exhibit, I’m seeing more and more where I’d like to go with gun displays. I’d like to use a richer wood, like cherry, which can be lit with the new LED lights. Those lights, set in the case just right, against that cherry, would be perfect for guns.” Lyon says that, in the end, the best displays just “feel right.” “It’s like in a house, where you succeed in building a room that makes you just want to sit down and read, relax. It feels right. And the way to get there is to first visualize how you want the exhibit or display to feel when you are through, then you carefully work towards that.” 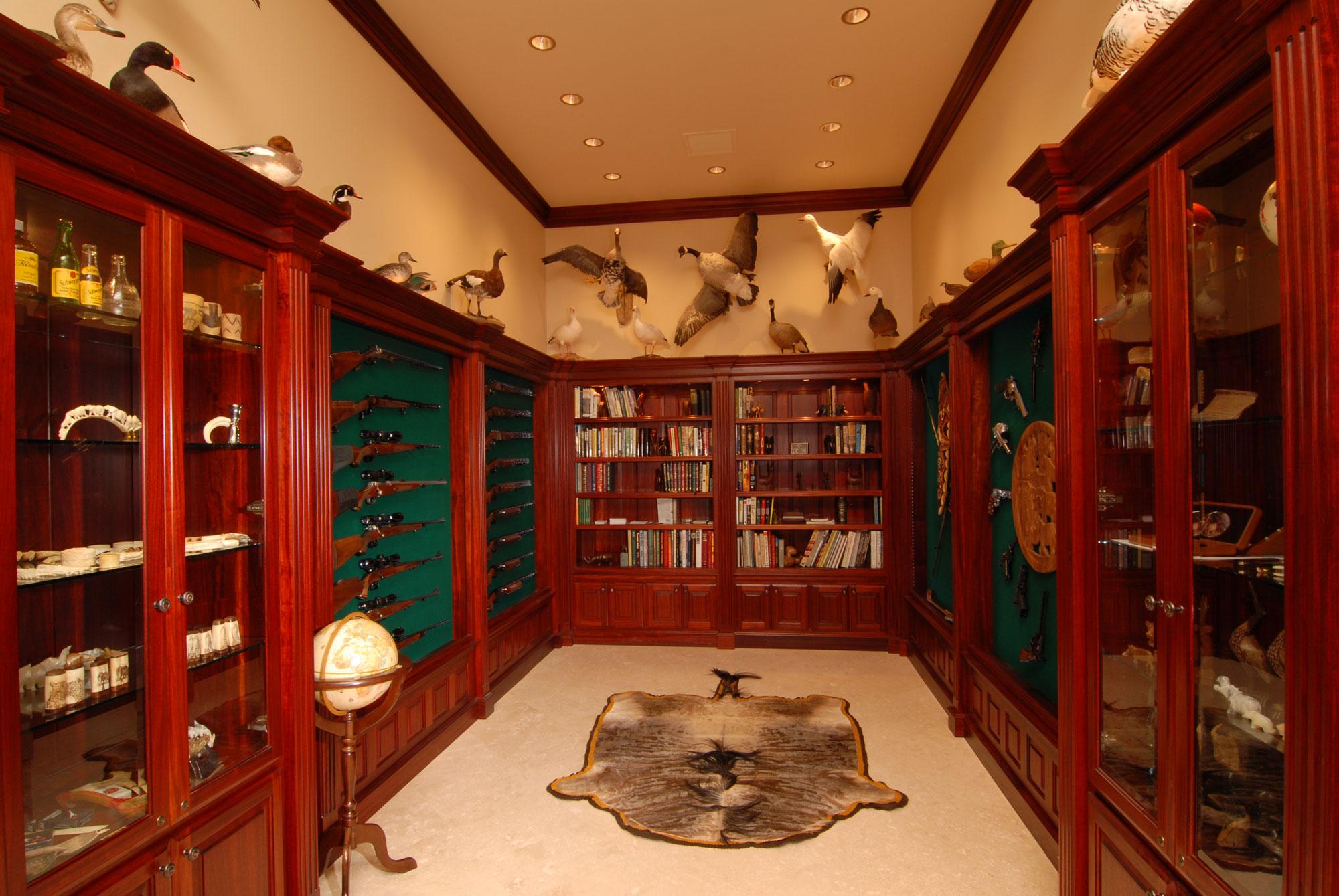