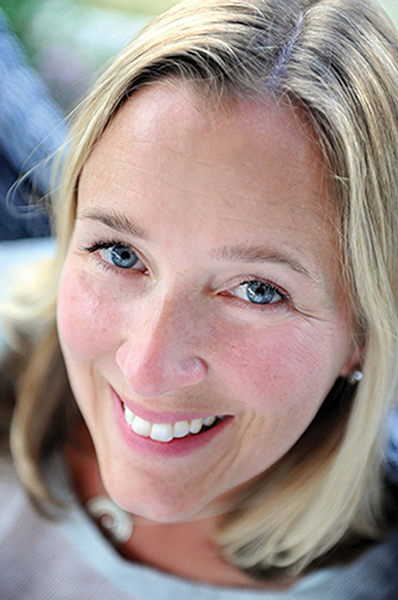 27 May From the Editor: Finding the Secrets

There is something jarring about finding the right distance from which to take in a masterpiece, then managing to shut out the rest of the world; but instead of standing on marble floors with ceilings too high to even notice, you find yourself in a crowded motel room. It’s an old motel room, emptied of most of its furniture and filled to bursting with art, where the smell of stale cigarettes, banned years ago, mixes with fresh chlorine from the hot tub down the hall. It’s a scent that simply does not fit the sagebrush that spreads across the canvas in front of you. This is but one of the curious and wonderful juxtapositions of Western Art Week in Great Falls, Montana.

I was in one such room this year, taking in a work by Michael Ome United, when the artist walked up next to me and told me the story of the painting like he was telling me a secret. It was a small, powerful work, something he’d felt compelled to paint after a recurring dream kept dragging him back to the site of the Sand Creek Massacre, a landscape his grandfather had shown him as a boy. His story made me think it might come to me in dreams too. In his details, quiet and true, I realized there were as many stories in that room as there were canvases, as many ideas as there were brushstrokes.

It is the same feeling I get when I sit with the stack of stories for each issue. Every story takes me somewhere and opens my eyes to what is on the canvas, what is in the bronze or in the bones of a structure. Just as important, though, is the awareness of what we can’t see and what we don’t yet know. I want to know the story behind everything. I want to know the secrets.

In his vibrant paintings of Native Americans, Jim Nelson (“Spirit on Canvas”) starts with the eyes because “they impart what they want to see around them.” He also paints symbols beneath layers and layers of paint, knowing we will never see them. What matters, he says, is that they are there.

Mixed-media artist Pete Zaluzec (“From Field to Fine Art”) experiments with form to reveal what he sees and what he knows about animals. In finding precisely the right stone — the one with curves that evoke the jawline of a bison — or working with just the right kind of paper, Zaluzec reveals the animals’ secrets to us.

Skip Whitcomb (“Eyeing Beauty”) has looked death in the eye too many times to be coy with his secrets. In the same way that his brushstrokes distill mountain light and simplify nature’s forms, Whitcomb is willing to say it straight.

“A great painting is never about just the subject,” he says. “The secret an artist is trying to convey to the viewer is what the subject represents on a number of planes.”

This issue is filled with secrets. Let us whisper them to you …