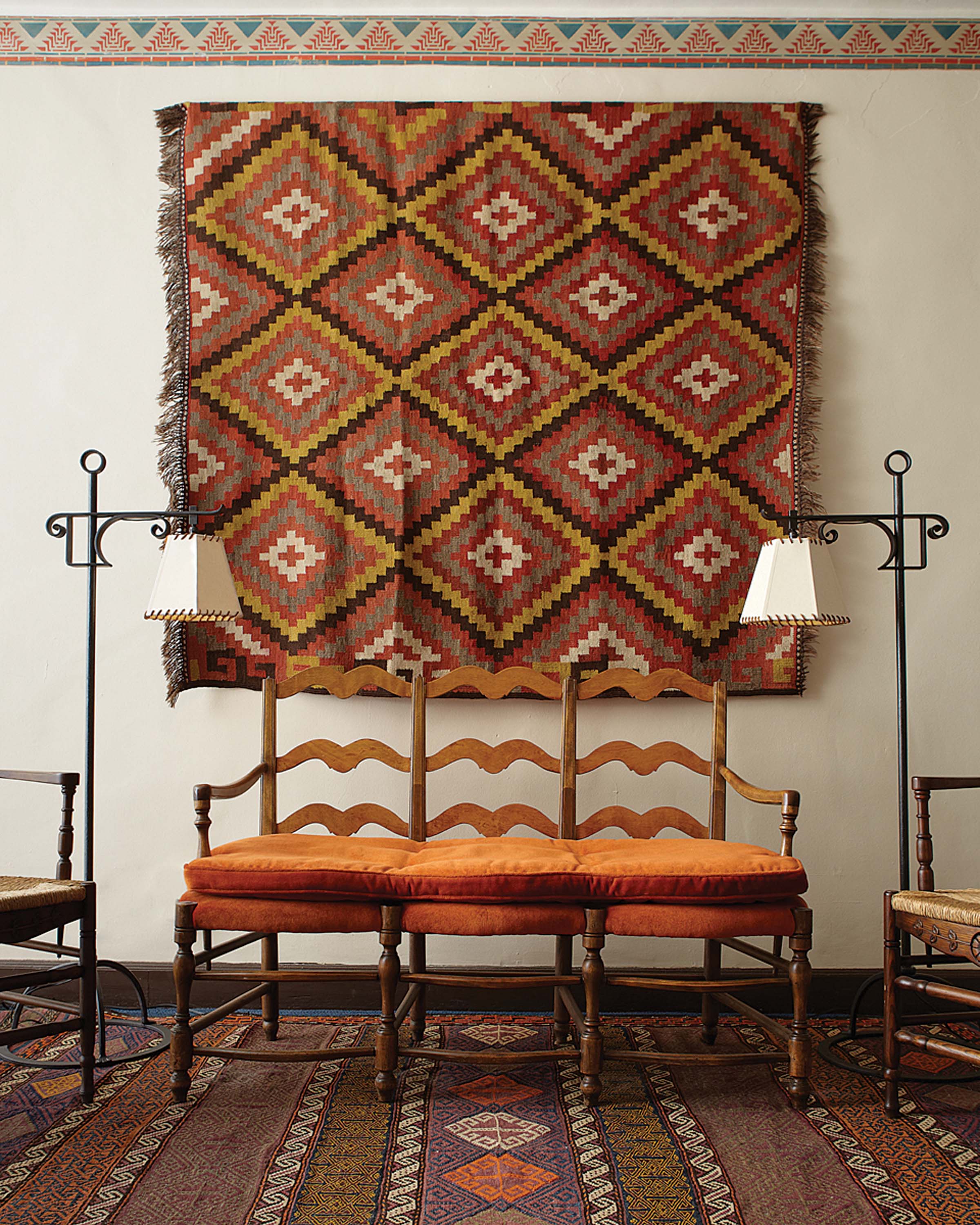 In March of 2011, the grand Ahwahnee Hotel in Yosemite did something it never attempted in its 84year history: Like the bears at the beloved national park, it quietly went into hibernation. It shuttered its doors to the public for three weeks, and completed a long-awaited renovation. Stewards of this distinguished National Historic Landmark updated and added “safety, health, and life” mechanisms in strategic locations around the hotel. The hiatus from regular business also created an opportunity to refresh private and public spaces.

Now, the 600-plus cosmetic and structural additions exude warmth and unity. The remodel adhered to the historical integrity of the 1920–1940s era, for every detail had to meet the approval of National Park Service architectural historians. When visitors returned, the changes appeared seamless, yet its regal splendor had been enhanced, keeping The Ahwahnee one of the most renowned icons of the West.

Today, homeowners desiring to resurrect the past can take cues from this makeover. “A home is very different from a hotel, but hotels provide a lot of design inspiration,” says Richard Kollath, the principal designer and cofounder of Kollath-McCann Creative Services in New York. A keen observer can note detailing, combinations of materials and textures, color choices and wall coverings.

“Despite the recession, the trend for getting back to the basics of original architecture is increasing,” stresses preservation architect Craig Mineweaser of San Jose, California. “People are finding that reuse of materials and maintaining historic buildings is important.”

The Ahwahnee launched its update in 2005 and phased in changes: The fire escape had to be placed strategically so as not to obstruct the view of the majestic mountains; the sprinklers and smoke detectors installed so as not to detract from the dining room’s open-beam ceilings and

Gothic chandeliers. Delaware North Companies and park leaders partnered on all aspects of the project, and tapped San Francisco’s Architectural Resources Group, Inc. to complete a report that resulted in 5 pounds of inexhaustible detail, from drawings and specifications on door frames to types of fabric used on the furniture.

For homeowners, obtaining blueprints may not be easy. Houses passing through the hands of different occupants are often altered over time. An add-on here, a second-story there ultimately changes the structure’s character. The homeowner has to decide exactly what timeframe he wants to preserve.

Delaware North Companies officials determined that 1925 to 1942 would be the hotel’s “historic period of significance,” says Vicki McMichael, manager of environmental programs for Delaware North Companies. Thus, the relevant photos, documents and letters were read thoroughly so the furnishings, colors and other elements would serve as an accurate reflection.

Residents can conduct their own research by examining other homes in the neighborhood, looking through public records or contacting the previous owner for photos. Many cities have historic neighborhoods and preservation committees that can help folks uncover the name of their original architect. “Do your due diligence before spending any money, and don’t rush into it,” Kollath advises.

Hiring architectural firms that specialize in historical buildings is a good way to get the ball rolling. Web sites such as www.historicpreservation.org feature listings of architects with this expertise. Craig Mineweaser, for example, will help to research a home’s origins and even oversee the construction to make sure historically significant aspects are not destroyed. “Every old building has surprises hidden inside,” he explains. “We stick around to keep surprises from turning into disasters.”

The original Ahwahnee architect, Gilbert Stanley Underwood, created a luxurious hotel in the national park with natural materials and designed it to blend into the environment. He was first to make poured concrete resemble wooden beams on the outside to make the hotel as fireproof as possible. That entire aesthetic is known as “Parkitecture” or “National Park Service Rustic” and is used throughout many structures in national parks. This hotel in reupholstered pieces brought “instant history to the space.”

Like any business or homeowner, The Ahwahnee had to stay within budget limitations. Future plans call for getting underneath layers of paint in the Great Lounge to see whether it is worth preserving the original colors. But the hotel is not in a hurry since paint analysis is a lengthy and meticulous process.

To be sure, restoration is not the cheapest undertaking, so homeowners should be savvy. Kristin Rowell, senior designer at ScavulloDesign, San Francisco, explains that when considering historical restoration, saving money should not be the ultimate goal, as this process is often more expensive. “It must be a true labor of love undertaken by someone sentimental about vintage bath fixtures and sinks, original beams and windows, creaky wood floors and all else that may have originated in the home.”

The morning The Ahwahnee reopened, the designers observed guests wandering through the lobby testing seats, inspecting fabrics and taking in the views. In the Great Lounge, where chairs were refurbished, carpets replaced and window treatments removed, Kollath and McCann watched one guest settle herself at an original writing desk — open for the first time in decades — to address postcards. Nearby, other visitors read books, sipped tea or surfed the Web. The designers found this all deeply gratifying. “We’d worked for months to replace layers of inappropriate decoration,” says Kollath, “and within minutes, we watched the room ‘go back to work,’ much closer in spirit to the hotel’s first opening day. I felt like we’d done a bit of time travel.”

In addition to the aesthetic pleasure in restoring a hotel or home, there are also hidden benefits. In some states such as California, residents can get a tax break thanks to the California Historical Building Code and the Mills Act. And, notes Mineweaser, the value of a home goes up. “When you fix your house up, not only is it worth more, your neighbors’ homes are worth more too, so all boats rise together,” he says.

How far should one go in a historic remodel? Some people may end up with homes that are not livable and resemble a museum. Says McCann, “Historic or not, your home is about comfort and function, and you want to be able to live in it without worrying your things are so precious that you can’t host guests with children.”

Ultimately, the benefit of a historic remodel is personal gratification with the knowledge you’ve contributed to preserving a part of American culture. Rowell worked on an 1880s carriage house that was brought down to the studs. The original staircase was reused, and the owners made sure the construction workers did not remove the original hay scratches on a repurposed window frame.

“The payoff for a project like this is the visceral reaction people have when they first drive up the gravel driveway and behold an immaculately preserved late Victorian confection that’s still standing,” says Rowell. “It’s just a little bit crooked, a little bit clumsy, but in the same place that it was first erected.”

The team at Kollath-McCann Creative Services first came to Yosemite more than a decade ago to design The Ahwahnee’s holiday decorations. Kollath and his partner, Edward McCann, immersed themselves in the history of both the park and the hotel, returning each year with a deeper appreciation for the intentions of the hotel’s original 1927 designers. Park officials felt selecting them for the project was a natural.

The lesson here for homeowners is to hire experts who have experience with old properties. “It is easy to get overwhelmed with a large job,” says John Vienop, operations manager at DEA Bathroom Machineries, a Murphys, California, storefront that specializes in antique lighting and plumbing fixtures. “We are seeing the trend among homeowners who want to keep what they have. In historical structures it is difficult to find a plumber who knows that type of plumbing apparatus. You have to ask your plumber if he is comfortable working on 100-year-old plumbing.”

Many questions come into play during the historic renovation process. For the interiors, should homeowners refurbish their period furniture or purchase new items that resemble something old?

In the case of The Ahwahnee, Kollath and McCann decided to mix and match. The designers purchased new pieces with the similar look, bought antiques and had original chairs and couches restuffed, recovered and repaired. They also located Phoenix Day Lighting, the firm that created the hotel’s original Gothic chandeliers, and commissioned the vendor to build Kollath’s designs for new floor and table lamps. The same went for certain chairs. Kollath found out that the chair company, Stickley, still had the exact specifications for chairs made in the 1920s, so he ordered more.

“We wanted to mix in these Mission-style pieces and make it feel as inviting as someone’s home,” says McCann. The incorporation of all of these new, old and 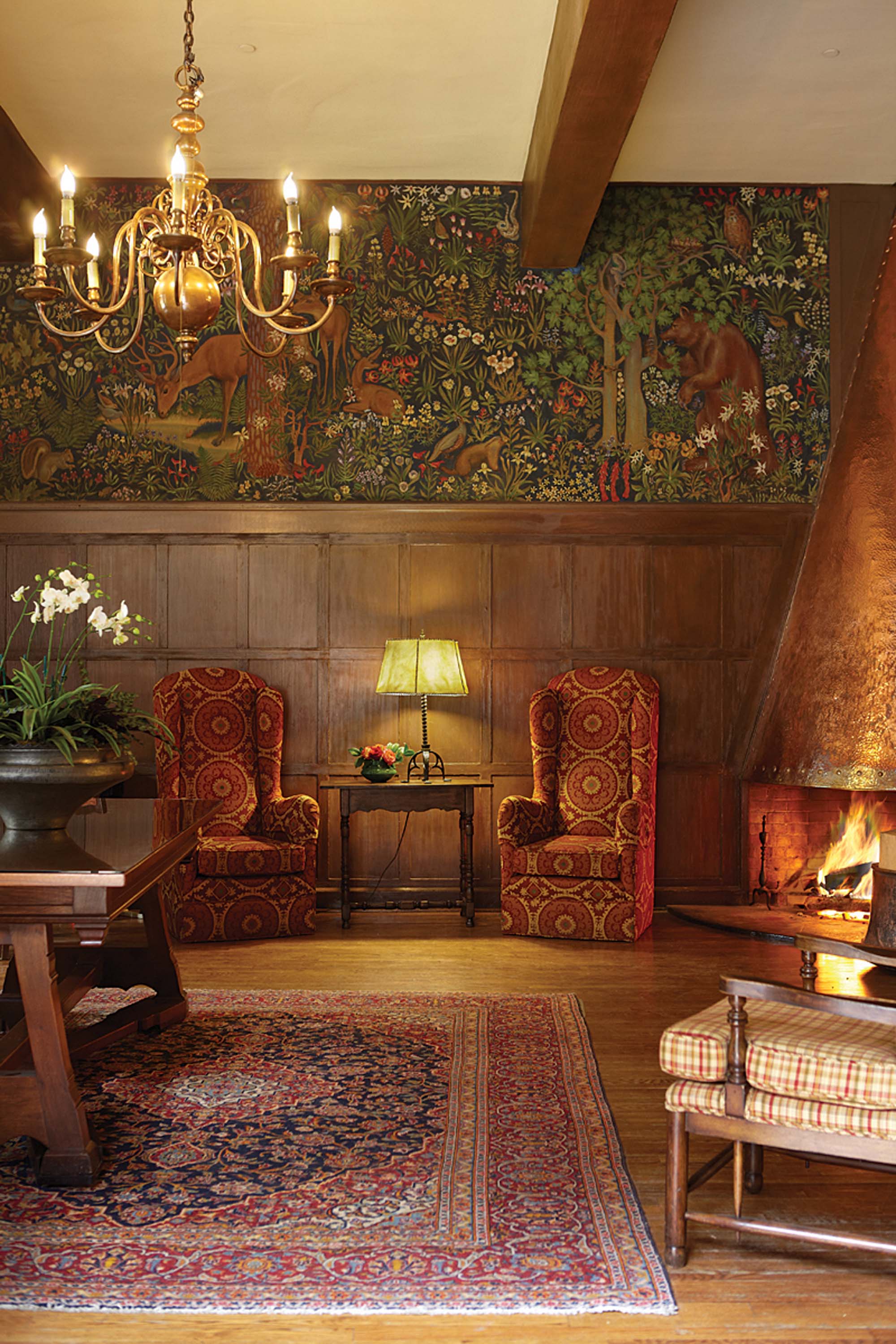 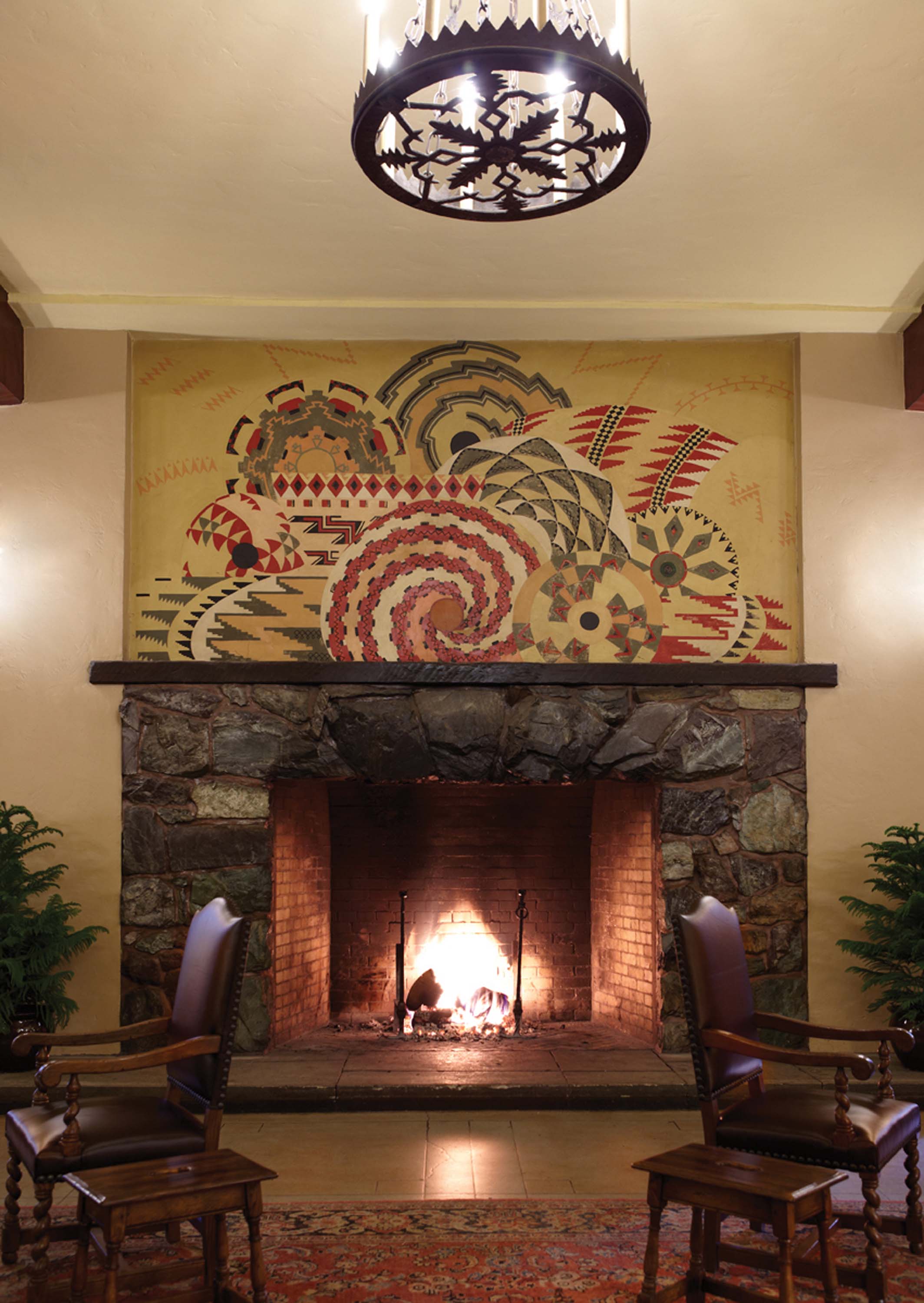