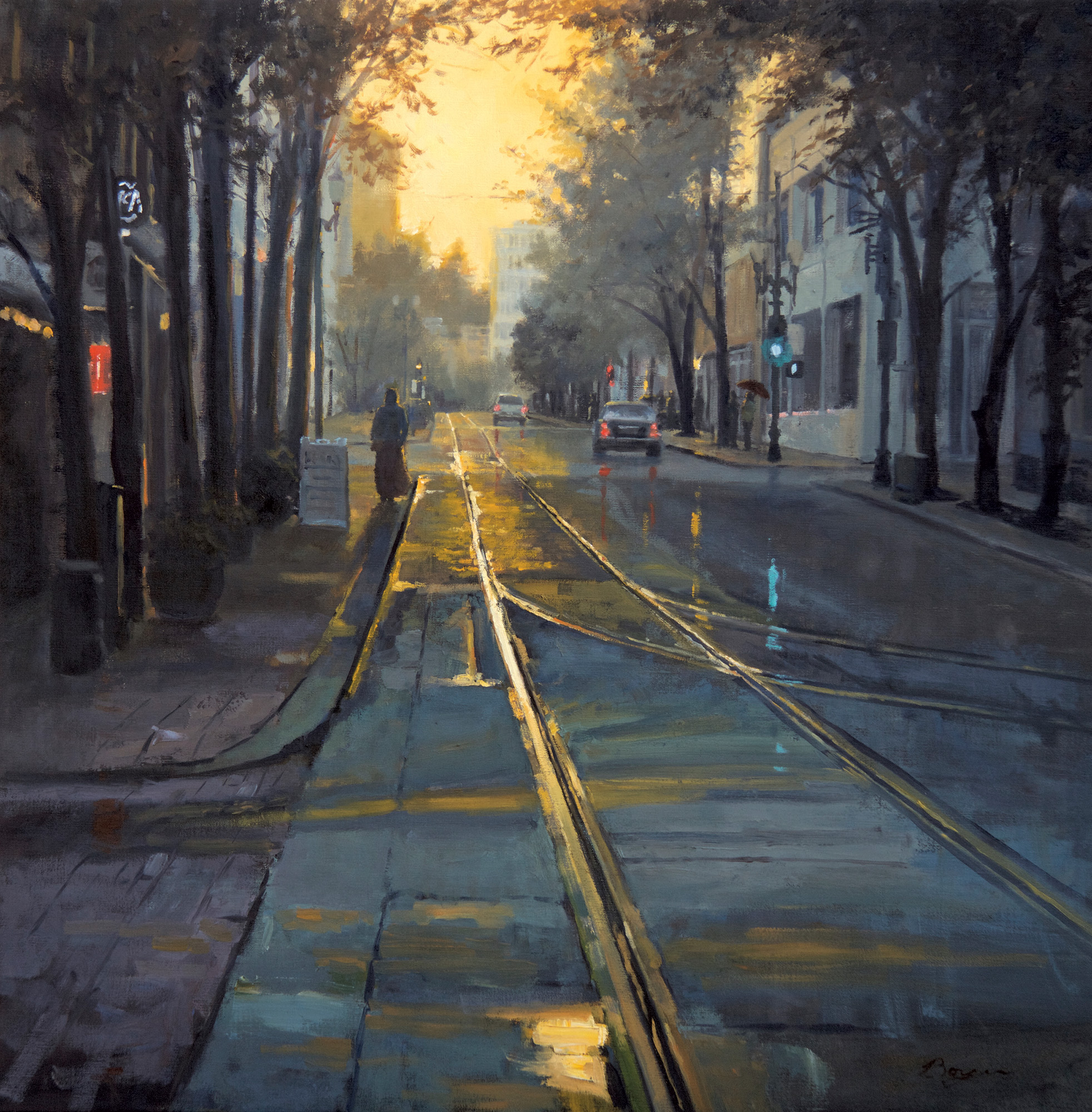 Recently, Richard Boyer took his passion for plein air painting into the city. Specifically, he’s concentrating on Portland, Oregon, although other cities catch his attention as well.

“It’s not really plein air because I’m standing out in the middle of the road with my camera,” he says. “I’m not going to set up my easel in rush hour … I’d get killed. I’m already getting yelled at by the drivers.”

That’s because Boyer seeks to capture the buses and trams, the flash of brake lights and streaks of traffic as the rain reflects off their tracks. It’s that wash of abstraction, a city’s rhythm, set against the architecture and street.

“I like painting [cityscapes] big,” he says. “It’s fun to tackle. I like the view from the middle of the street, especially in Portland where there’s that gorgeous reflection on the rails. But it’s physically impossible to stand there and paint.”

Using his camera instead of his brushes and paint, Boyer sets the scene in his mind, cementing the feeling of the day, the note in the air, the way streets seem to have a life of their own. But a photograph doesn’t relay the reflections he’s aiming for in his work.

“Walking around, my eyes pick it up, that glare, but the camera does a poor job of encapsulating any kind of reality,” he says. “It’s a start for me, a place to step off. I use it for information. And with cities there’s a lot of perspective issues I have to deal with, especially on the larger pieces.”

After shooting the pictures, he blows them up on his computer. But he doesn’t copy them; instead he uses the photos to remember the basics: where the buildings are, the cars, how the rain slants down against the road. From there he takes a bit of artistic license to make the best composition.

“I’ll sketch it out and work directly on the canvas,” he says. “I’ll start out with a loose, wet paintbrush and do some basic perspective lines to draw in the composition. Once that’s done, I’ll get an idea of how it will fall on the canvas. I like to cover the canvas.”

Lately, he’s been using rollers, rags, his fingers — anything to smear the paint as quickly as possible so he can figure out how the piece will come together. “I like to attack the whole thing at once,” Boyer says. “I’m trying to cover the white as fast as I can. Then I come back to adjust and fine tune. Sometimes it can take a while, because the architecture has to be right. If I put in a crooked building people begin to question the honesty of the work.”

Boyer also spends a good amount of time in Sweden, where he concentrates on aspects of the city where the light seeps into the darkness. In a new series, he’s focused on the Stockholm subways.

“I try to think of a color scheme: if it’s going to be dark, the street lights, the color of the sky,” he says. “In the subways there’s an artificial cave thing with lights glowing white-yellow, reflecting on the tracks. It has an abstract look to it. It’s a different kind of environment. I like these things where you can abstract them out a bit … things that change upon a closer look.” 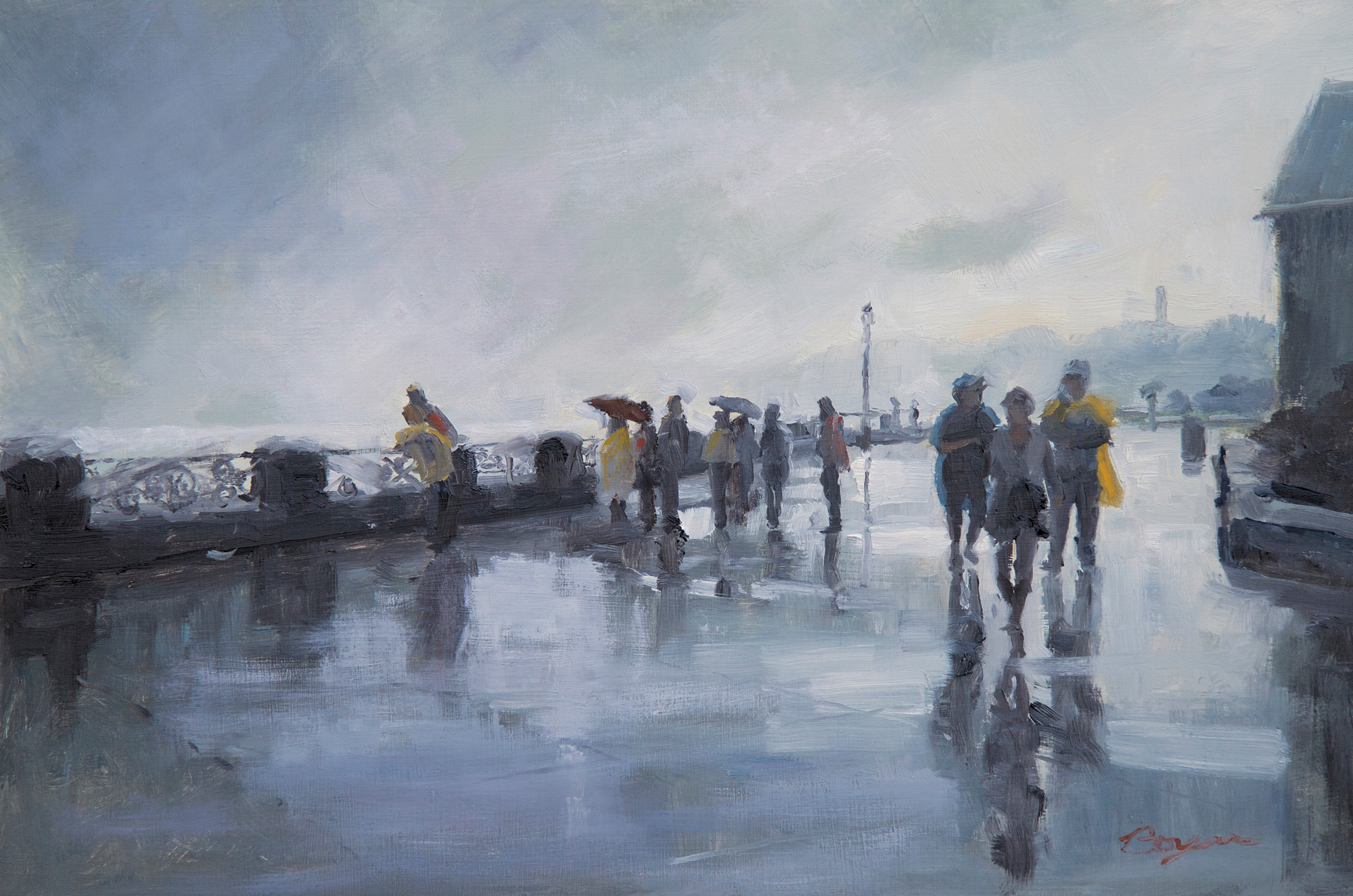 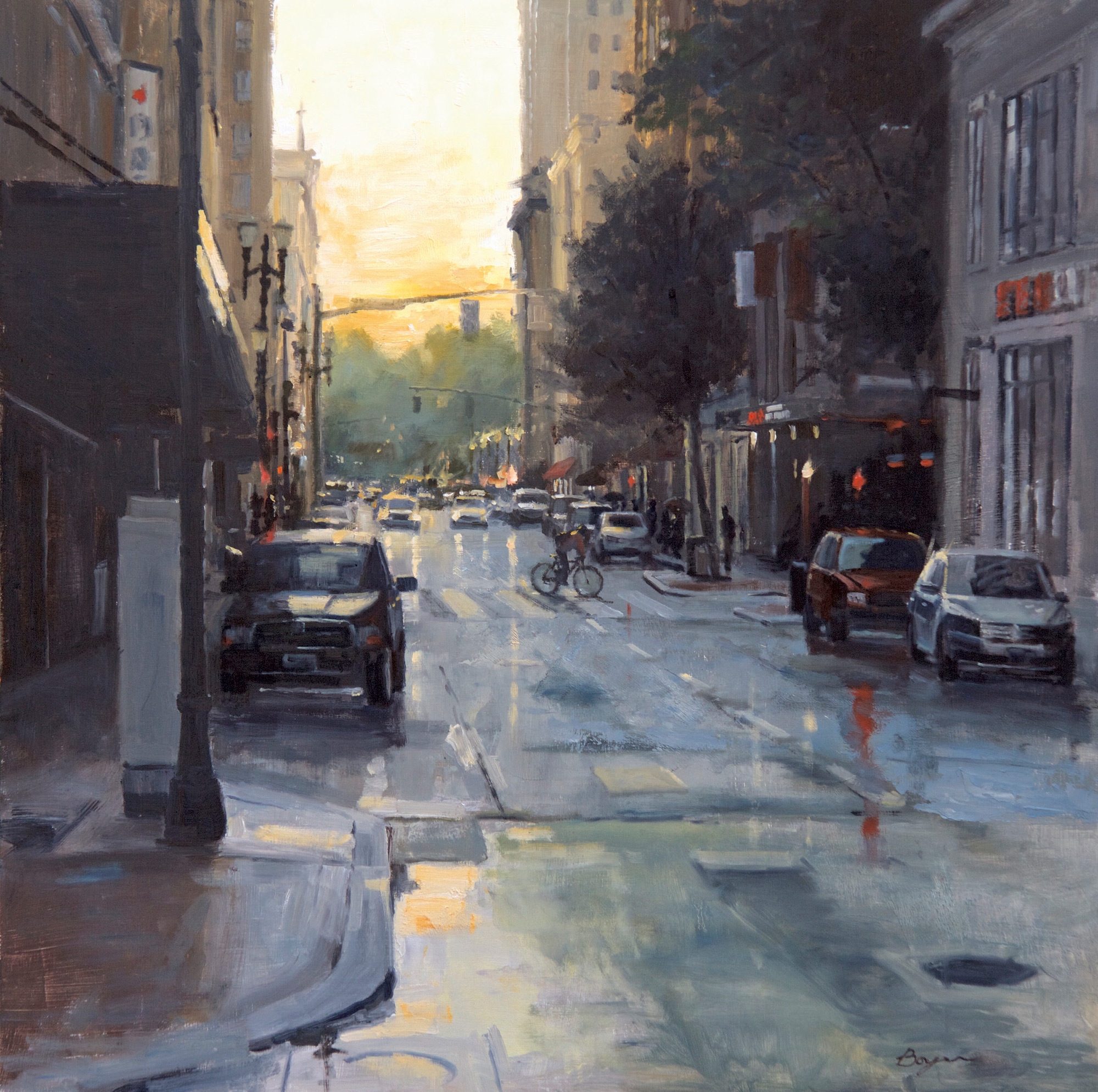 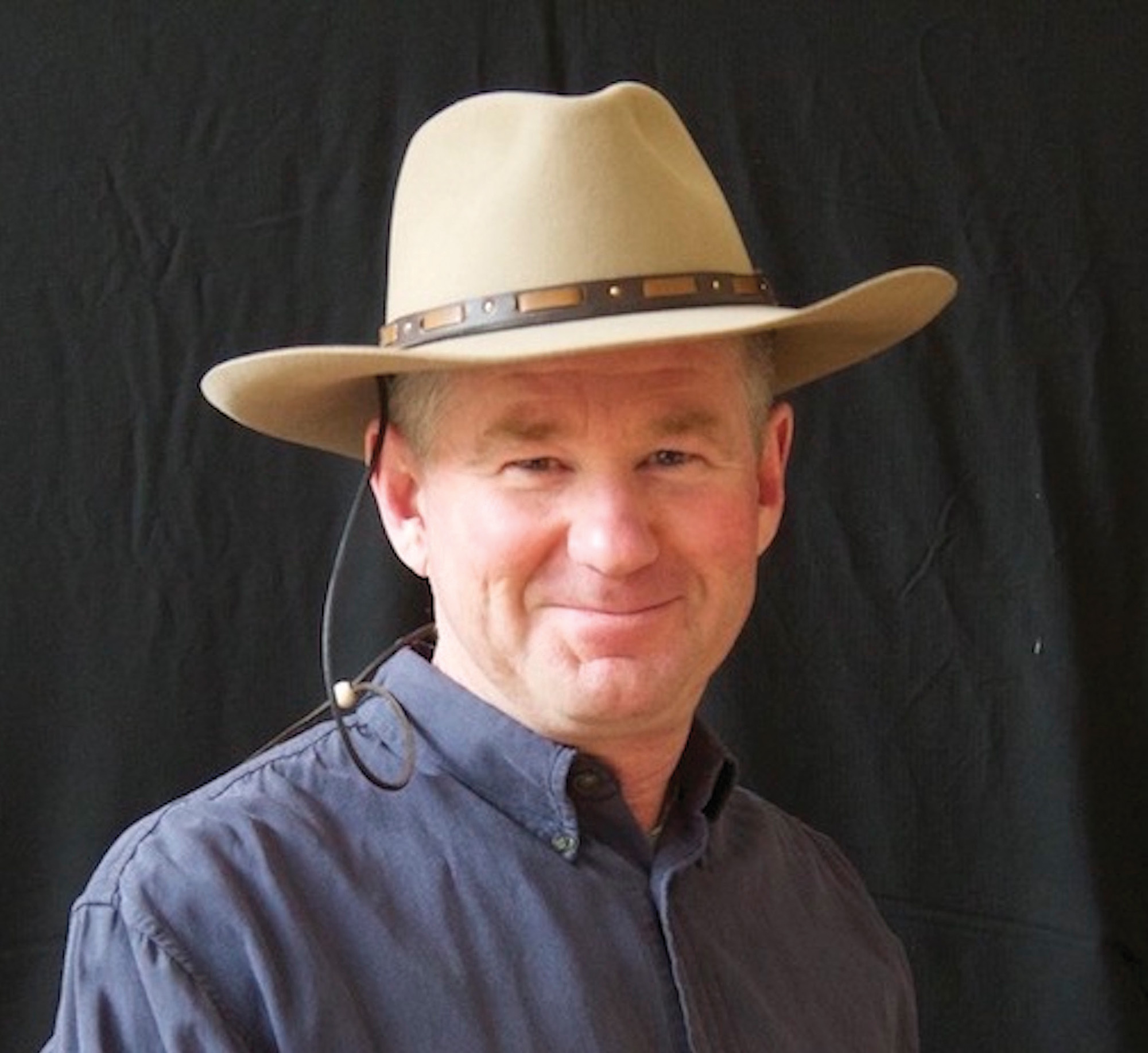