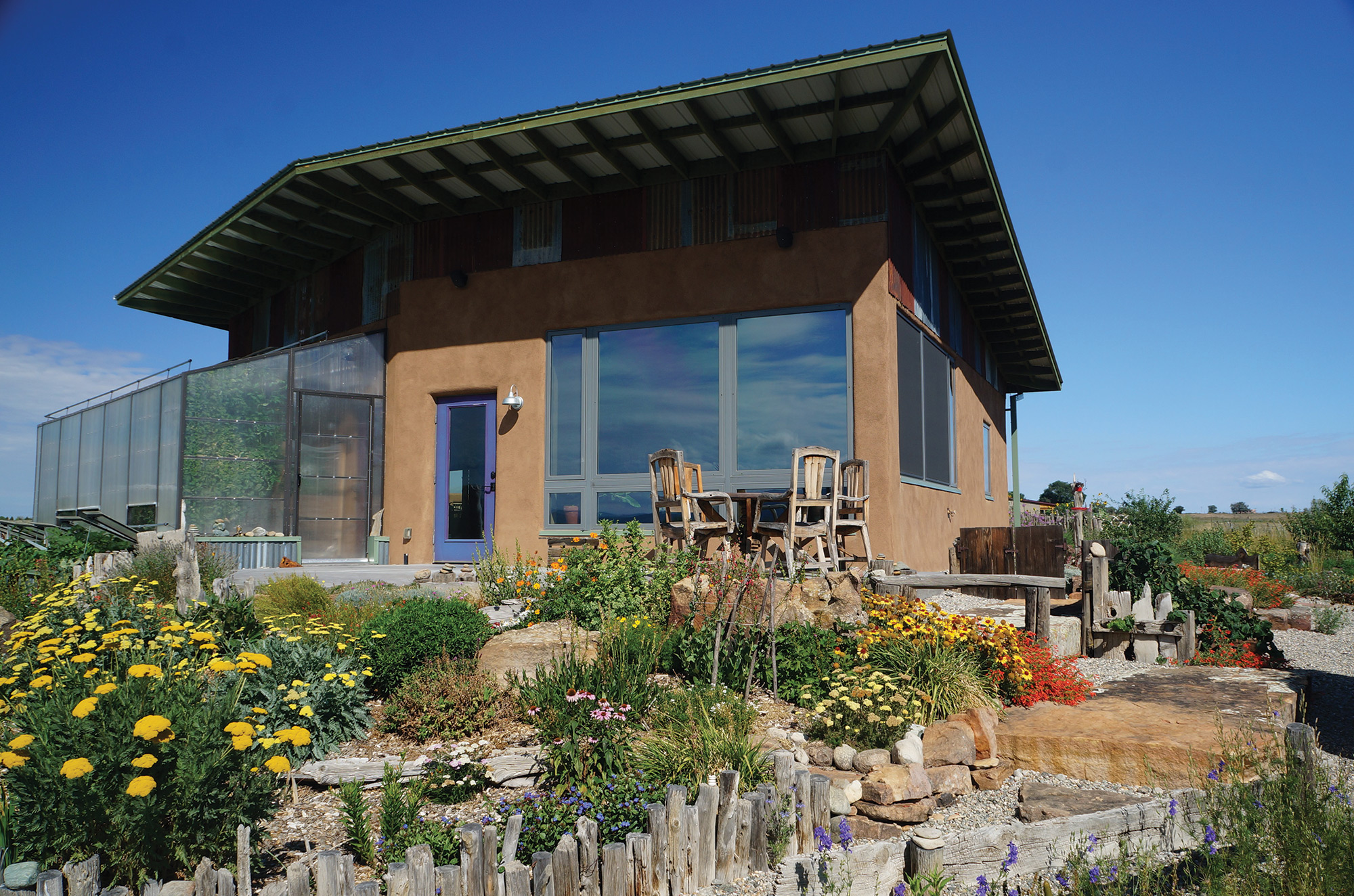 Joaquin Karcher, principal at Zero E Design in Taos, New Mexico, seeks to create a small energy footprint while meeting the needs of his clients. This house looks out over the scenic Sangre de Cristo Mountains and was designed to stay cool in the summer and warm in the winter due to unique “thermos-styled” technology.

Zero E Design, in Taos, New Mexico, specializes in ultra-energy efficient homes. “The concept of a thermos-styled system is based on new science,” says Joaquin Karcher, Zero E principal. “Compared with the old passive-solar houses everyone was using 10 years ago, the new system, with super insulation, has been shown to be much better.”

In the new system, windows are triple-glazed with insulated frames, eliminating heat loss. The home is sealed air tight, which goes hand-in-hand with a ventilation system. These technologies recover up to 95 percent of heat by using two air streams — fresh air going in and stale air going out.

Karcher used this system in a client’s Taos home that the owner named “Spiritaos.”

“First of all, he wanted a very small footprint, the building is only 950 square feet,” Karcher says. “My client, Dan Jones, wanted the home [to be] ultra-low energy. He didn’t want any utility bills and didn’t want anything that burns fossil fuel. Nature is very dear to his heart, and he wanted to be an environmental steward.”

But Jones also wanted a high-level of comfort and an attached greenhouse that he could use for year-round food production.

The site had a high water table, so Karcher faced some challenges with the geoengineering and foundation. “We hired an engineer and tested the soil, following the requirements of the reports, and then we built up the foundation to support the house,” Karcher says. “Being a horticulturalist, my client terraced the surrounding land in a beautiful and creative way, and he added vegetation, edible and non-edible, for landscaping and beautification purposes.”

Working closely with his client, every square foot was thought through. Every corner was meticulously examined for function, appearance and energy efficiency.

“We had to bring together his program requirements, his aesthetic ideas and the mechanical aspects of the project with the views — which are very important here — looking at the Sangre de Cristo Mountains,” Karcher says. “He can see the weather moving in from miles away, which he thoroughly enjoys.”

The flow of the residence is very open; there are hardly any doors. “It’s super comfortable in that there are no drafts, no cold spots, you can sit right by a window in the winter and feel warm,” Karcher says.

The secret is in the building envelope. “We’re building homes like a thermos, eliminating any heat loss,” Karcher says. “Why do we heat our homes? Because we’re losing heat. If we don’t lose heat, we can eliminate heating requirements by 90 percent.”

Karcher designs ultra-energy efficient homes in even the coldest climates, from Alaska to Canada. “We can build these homes anywhere,” he says. “The strong suit of the thermos design is in the colder climates,” he says. “If you only have 10 percent of normal heating requirements, then you can fill in the remaining needs with a hair dryer — which is 2,000 watts. It actually becomes easier with a larger house. The area-to-volume ratio is based on physics; the larger the house is in relation to its footprint, the less heat is lost.” 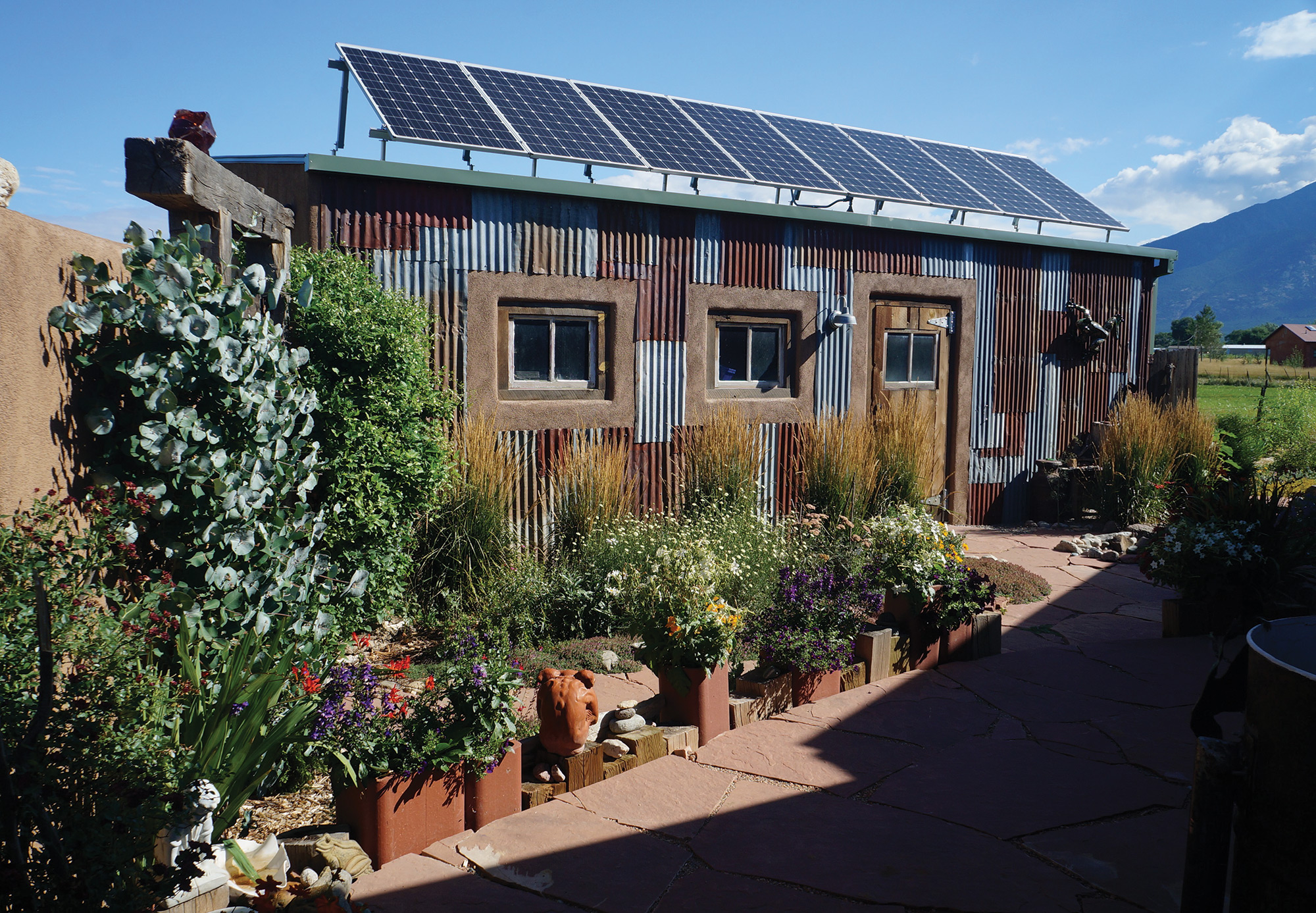 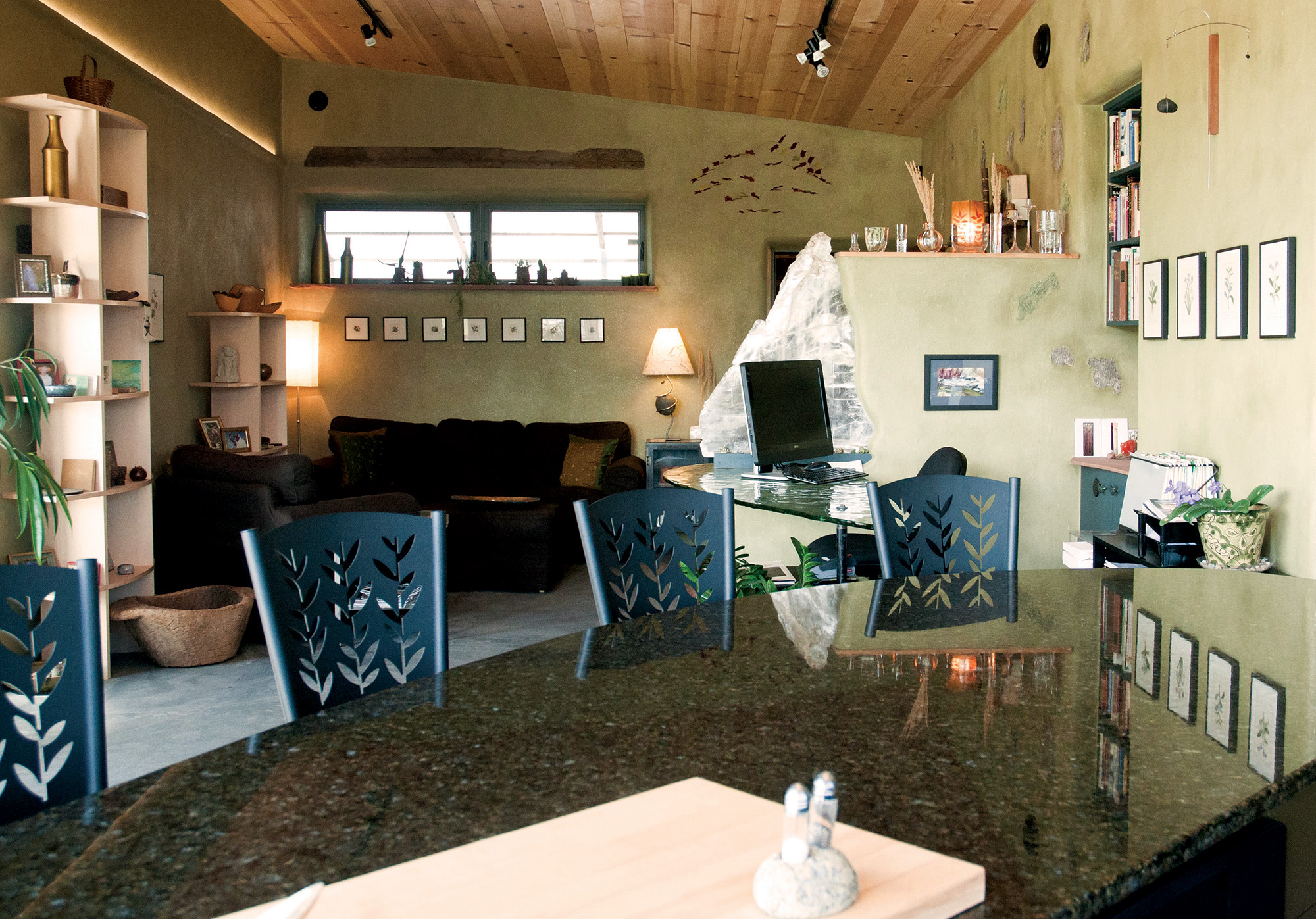 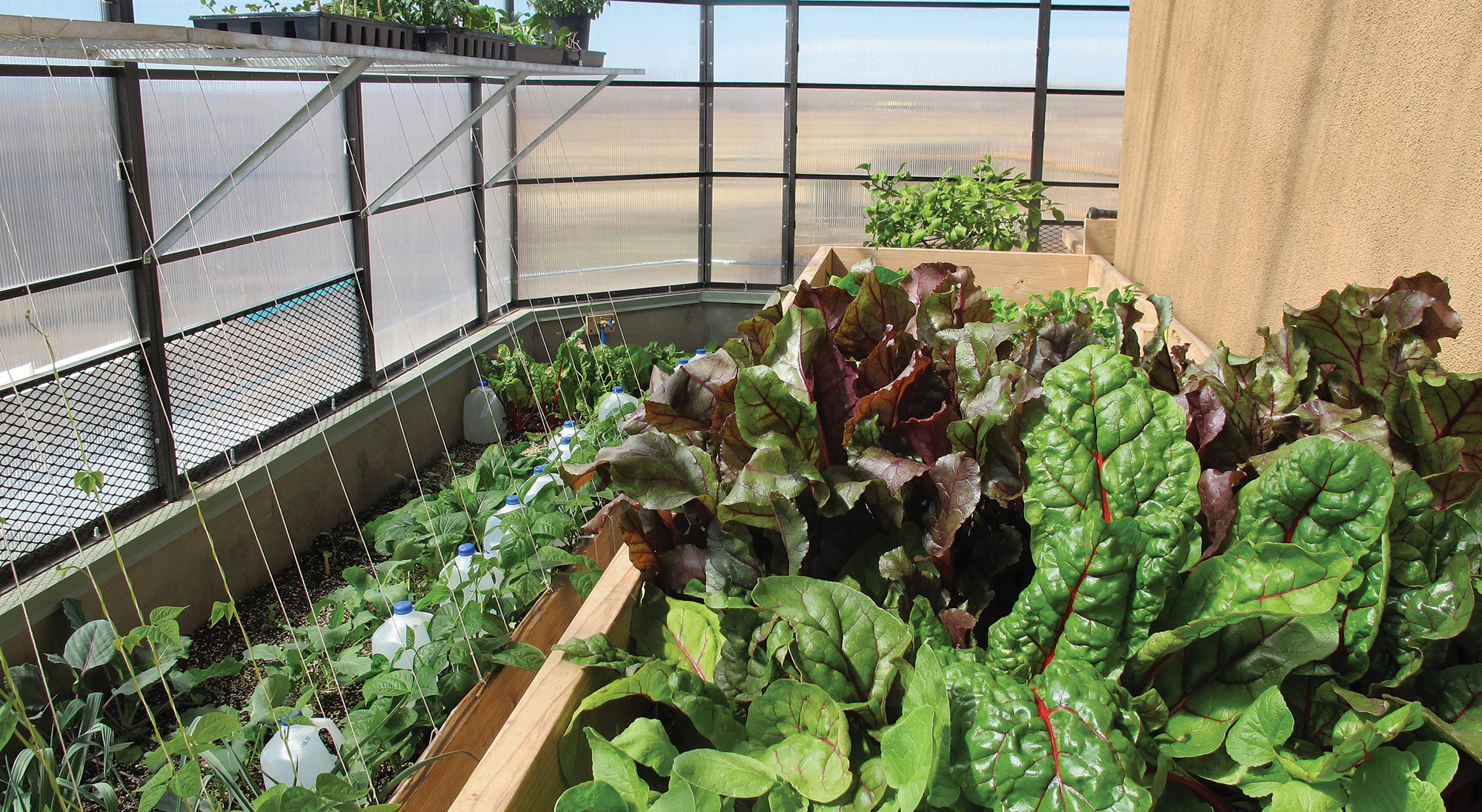 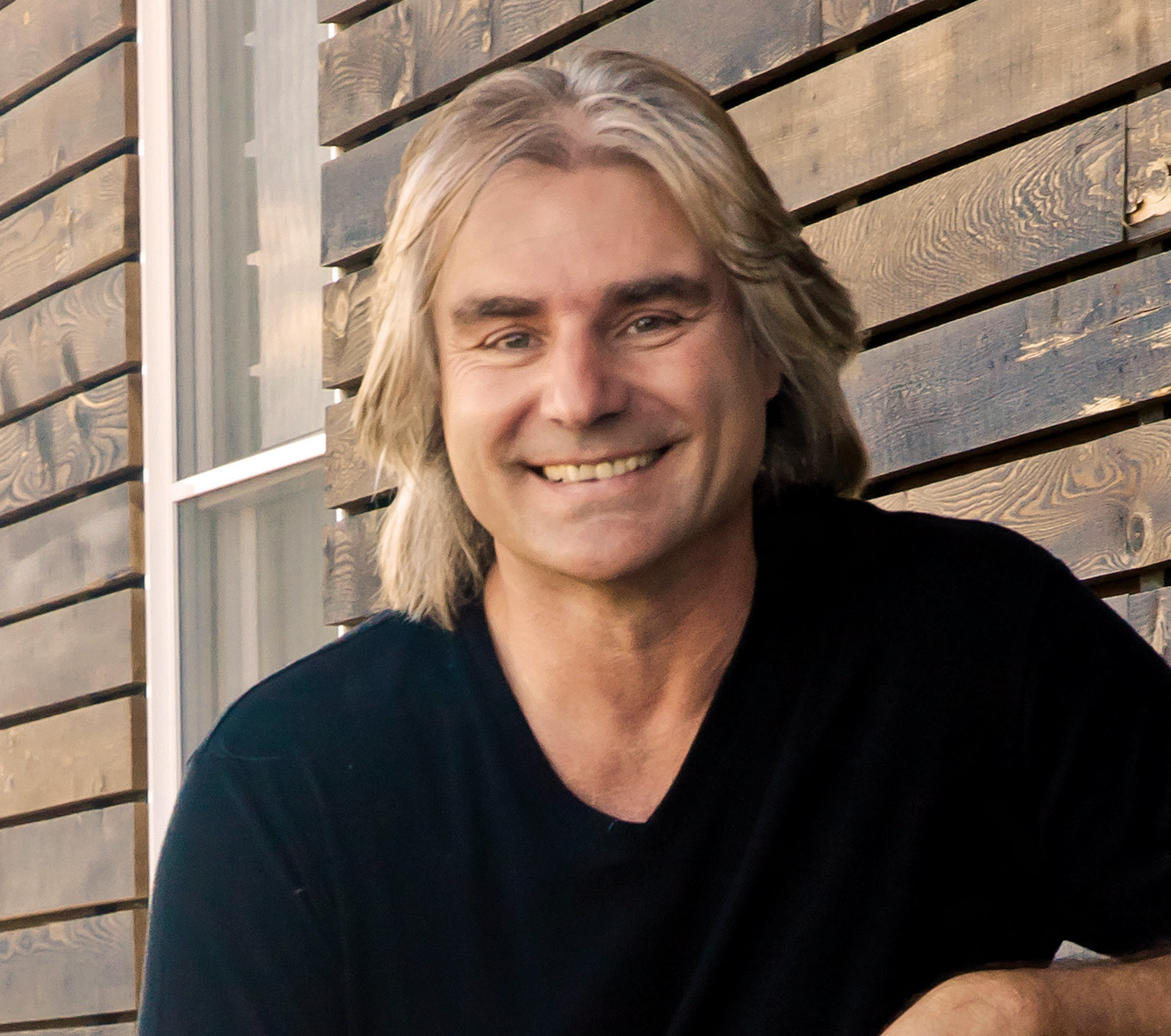