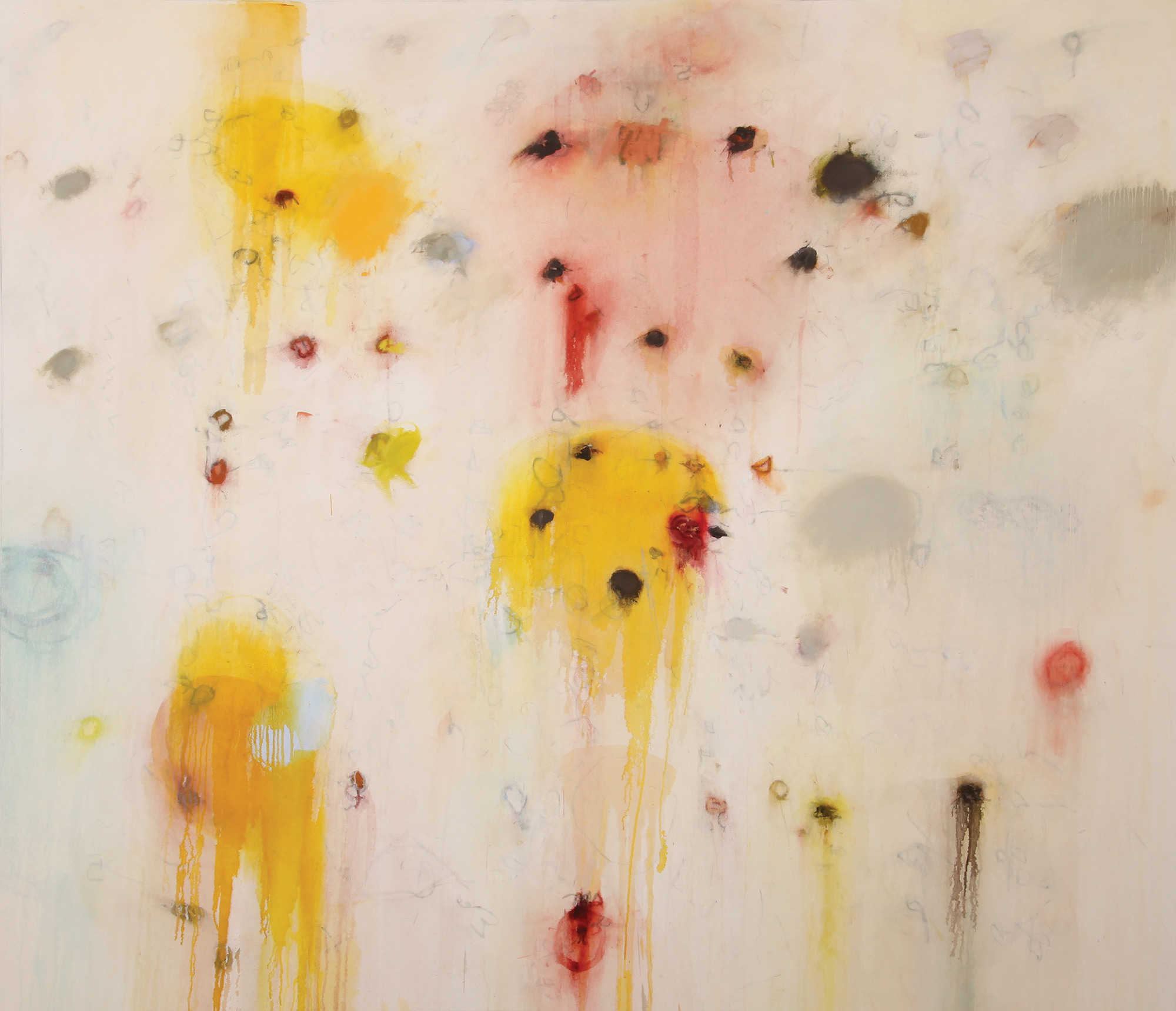 Abstract artist Sandra Dal Poggetto’s work speaks of the land in a visual language that includes game-bird feathers, deer hides, and oil pigments made from plants, soil and bone. She composes a narrative of the landscape — of being surrounded by sky, grass and wind, and the awareness of being human in the world. Her colors reveal sounds, her marks tell us where she’s been, and in so doing she allows us to walk away with a taste of wildness.

“First and foremost, I’m a painter so I think in terms of paint,” Dal Poggetto says, adding that color, texture, value, shape and density all appear in nature and therefore in her work.

Dal Poggetto is not painting reproductions of what she sees, instead, she breaks down the elements to talk about place from a different perspective. It’s one of engaging with the natural world — to create an understanding of how it works and how people are a part of it.

“I’m responding in a sensate way to the world around me,” she says. “I position myself in the forest or on the plains and by using all of my senses, not just my eyes, I transfer those to the canvas. My hope is that it is also felt and experienced by the viewer.”

Even the negative space, the great expanses of color in her work, represents her surroundings; air is an element she includes to keep a direct connection to her environment, instead of transforming it into an illusion.

“When I’m out in the land, I become very conscious of oxygen as a gas that I’m constantly breathing; it’s very palpable, it’s one of the elements operating in my work,” she says. “It’s also a component, just like the soil used in making the pigments.”

The fullness of her paintings come from a completion of the composition; each piece encompasses an atmospheric depth, not a three-point perspective. “Some people see the marks as something very far away, in the sky or on the ground,” Dal Poggetto says. “They can interchange from being very distant or very far. I like that ambiguity. … I’m more interested in my work suggesting [that you are] surrounded on all sides, as you are by the horizon.”

In a show opening on June 23 at Visions West Gallery in Bozeman, Montana, Dal Poggetto will share some of her small oil on canvas paintings that incorporate deer hide. The hides come from her hunting trips and reference Native American art, but they also read as lines in the composition and literal translations of the landscape.

“They interject something real and literal into an imaginative space,” she says. “They have in them a kind of representational painting of the landscape itself, meaning the duck pelts look like moving water. In a deer skin, you can read the movement of wind across a grassy plain. Keeping in mind the paint itself represents soil and plants, but it also references the whole history of painting.” 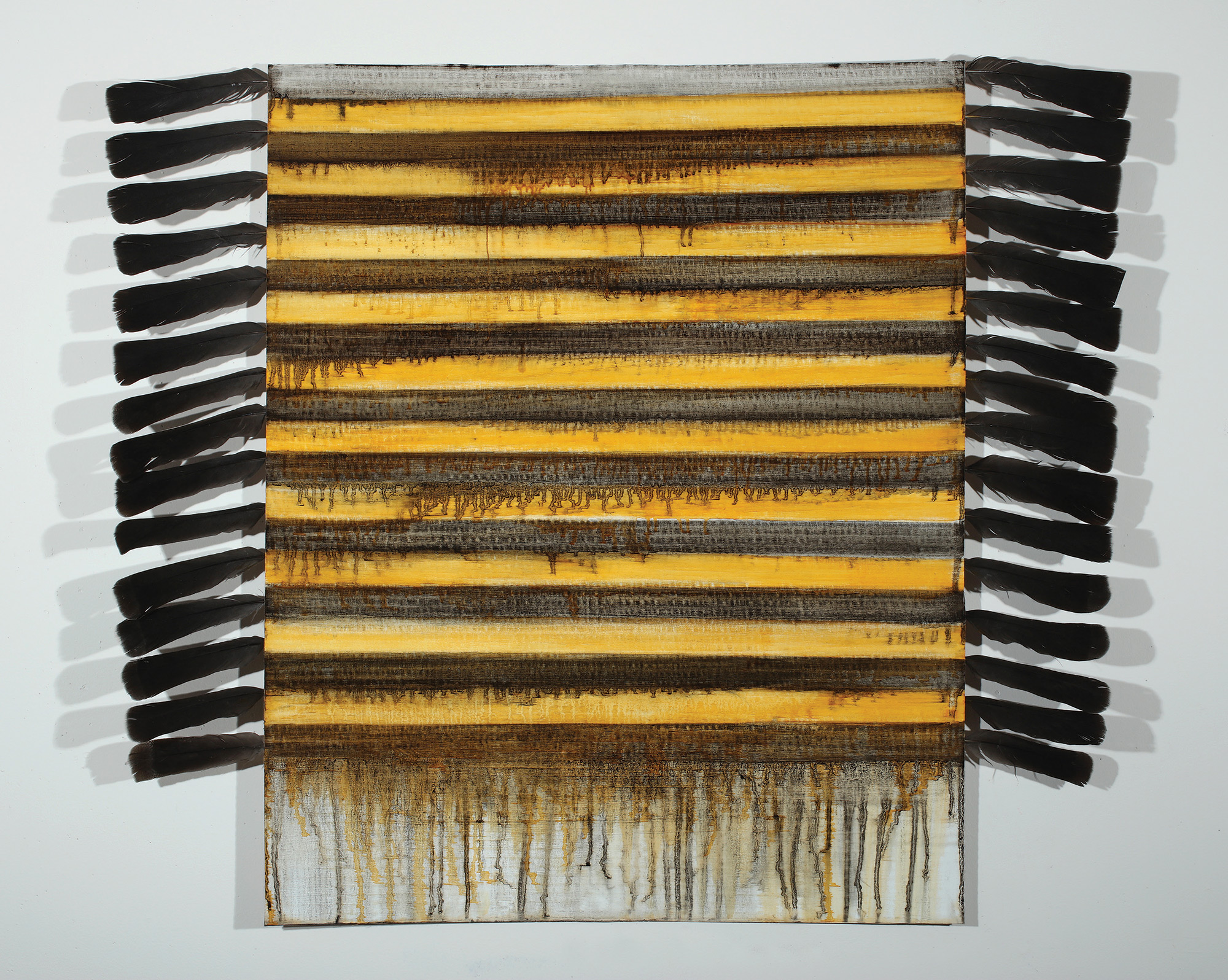 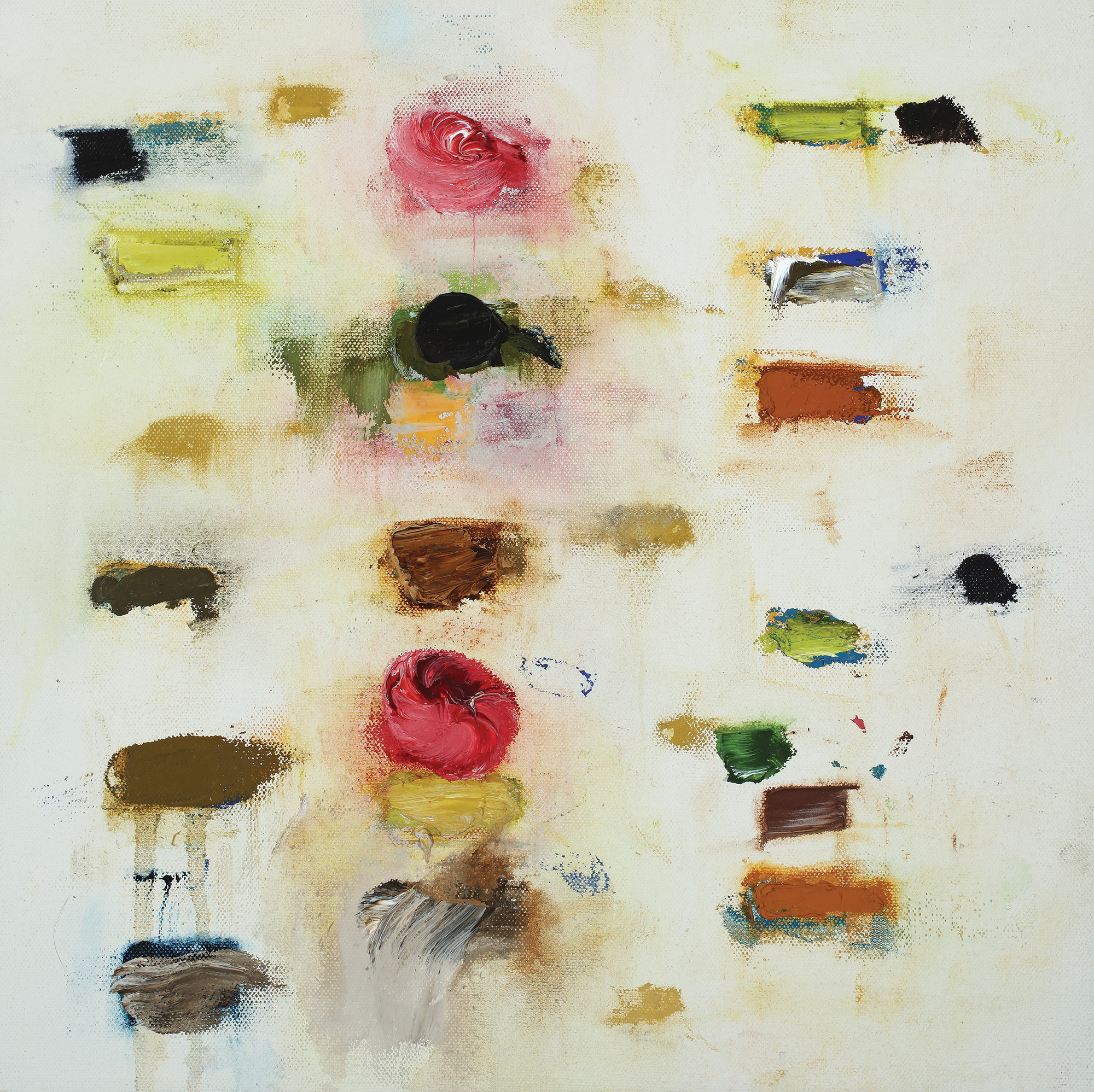 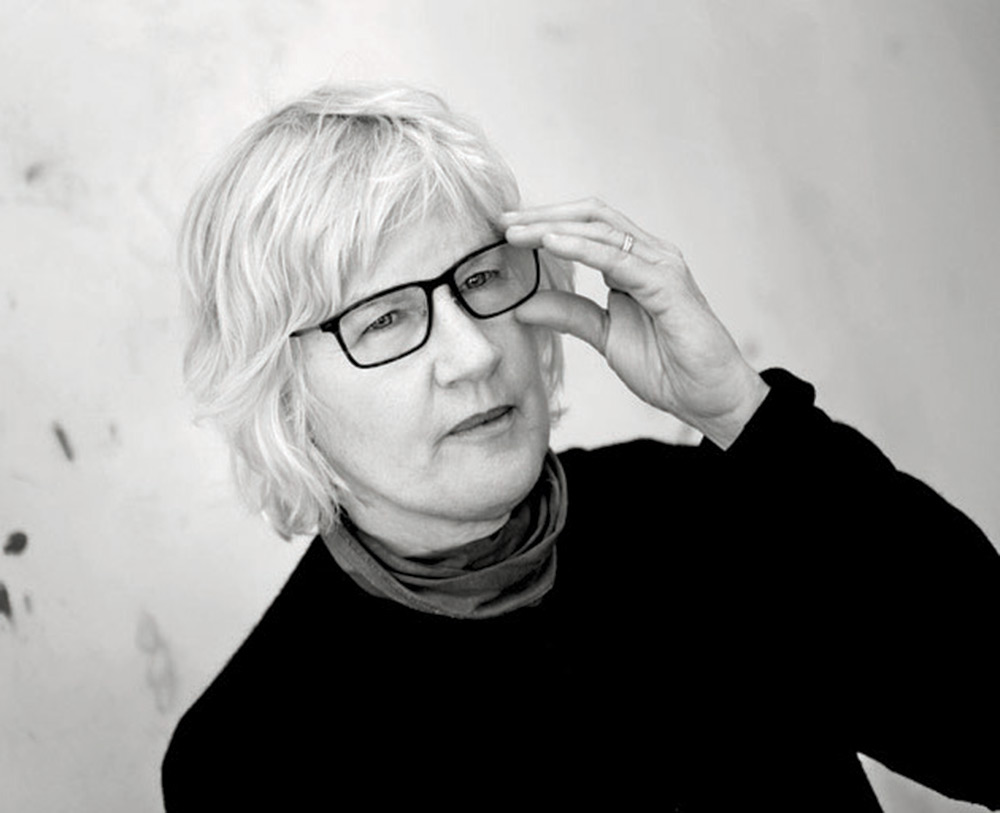