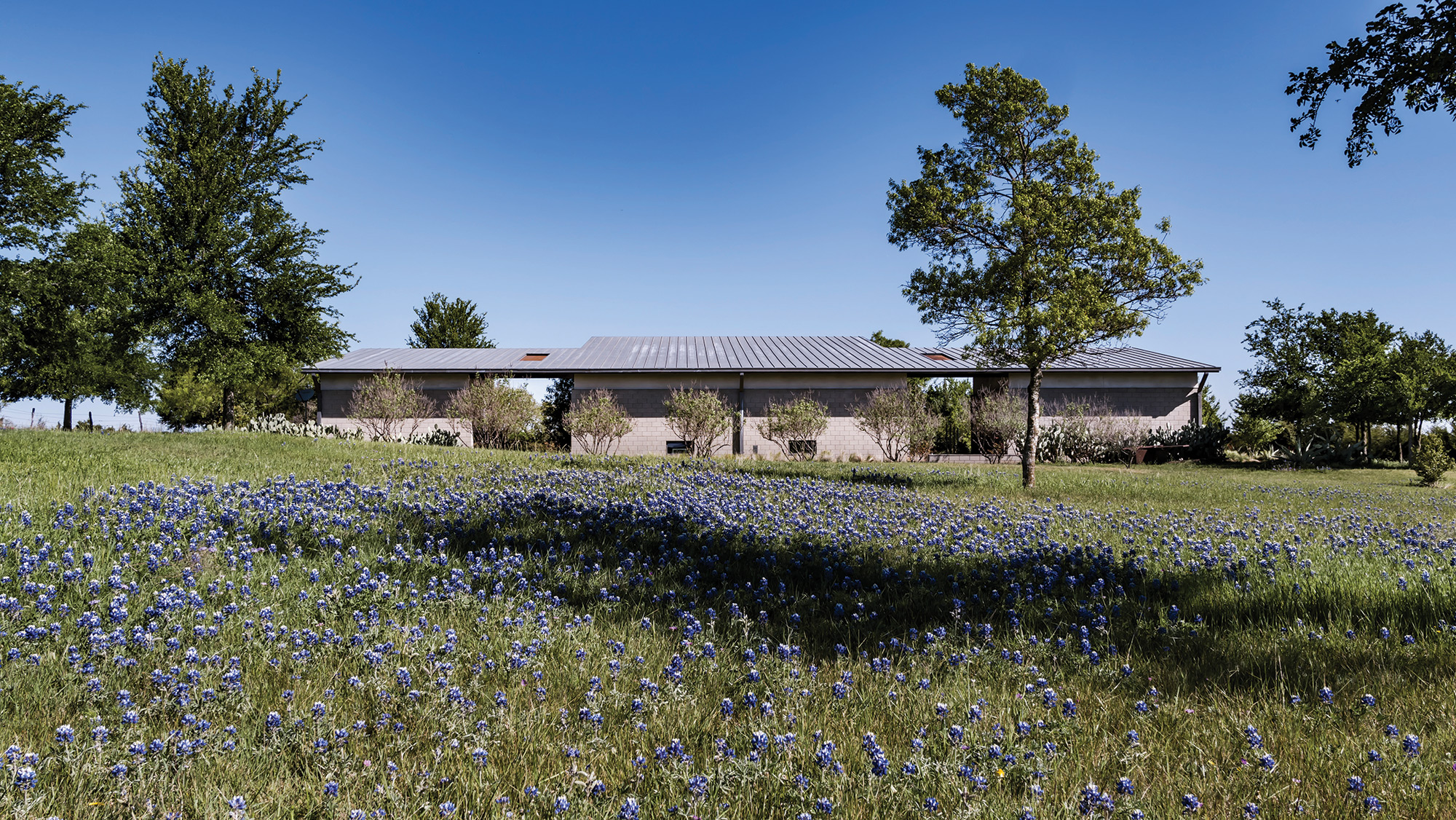 By creating separate pavilions, light and air are able to pass through the building, allowing the structure to reflect its natural surroundings. Photos: Charles Smith

“After I meet with a client, I run through the conversation and find a singular type of idea, then I’ll do conceptual sketches of the idea,” Ward says. “As we develop the design, I try to hold onto that original idea so that at the end it’s still intact.”

This paradigm of working with another person’s vision was turned around when the Texas-based architect found himself as his own client. While designing his primary residence, he gained a renewed appreciation and excitement for architecture. The biggest lesson he learned was to understand and appreciate the things around him and how they are a source for creativity.

He spent a lot of time at the site before he felt ready to build. The 2,640-square-foot house is made up of four separate pavilions joined with walkways and placed under a single roof. The home’s design resulted from his recognition of the southern breeze in the spring and summer. He wanted the cooling breeze to flow through the house and across the Texas prairie. “So I pulled the house apart to avoid blocking the breeze through the landscape,” Ward says.

The pavilions are organized depending upon their functionality — one holds the bedrooms and bathrooms, another the public areas, and two others the studio and garage. Two outdoor breezeways, running south to north, connect the pavilions and allow fresh air to flow under the unifying roof and into the home through carefully placed windows and doors.

“From the very beginning, I wanted to be aware of the changes of the day,” Ward says, noting that by creating distinct pavilions he also allowed light to filter through. “The morning light comes through in the east, then it falls on the walkway at noon, and in the evening it casts light from the west, so you really get a sense of the sunlight’s movement.”

When he began to think about the home’s material palette, he looked around and found weathered limestone and rocks growing red, yellow and white lichen. This observation gave him the colors that would help blend his home into the landscape. The architect chose exposed concrete and walnut for the home’s floors, which keep the house cool, and he used basalt gravel for the courtyard and decomposed granite for the driveway.

“[Basalt and granite] allow the water to absorb into the ground as opposed to runoff,” Ward says. “I also used plants that come across as believable in the landscape. The water is on a well, so I don’t have an irrigation system. I water by hand and left the native grasses the way they are; parts were left alone to grow wild.”

As an architect, Ward finds himself constantly thinking of what could’ve been done or modified.

“For me, it takes a while to experience the house. Just moving in wasn’t the end of the experience — I’m still experiencing it in perception, and I can’t change things anymore,” he says. “The fascinating part was when I realized it wasn’t perfect, I also realized that there is no perfect. I started to think about the joy of making — that is perfection in itself.” 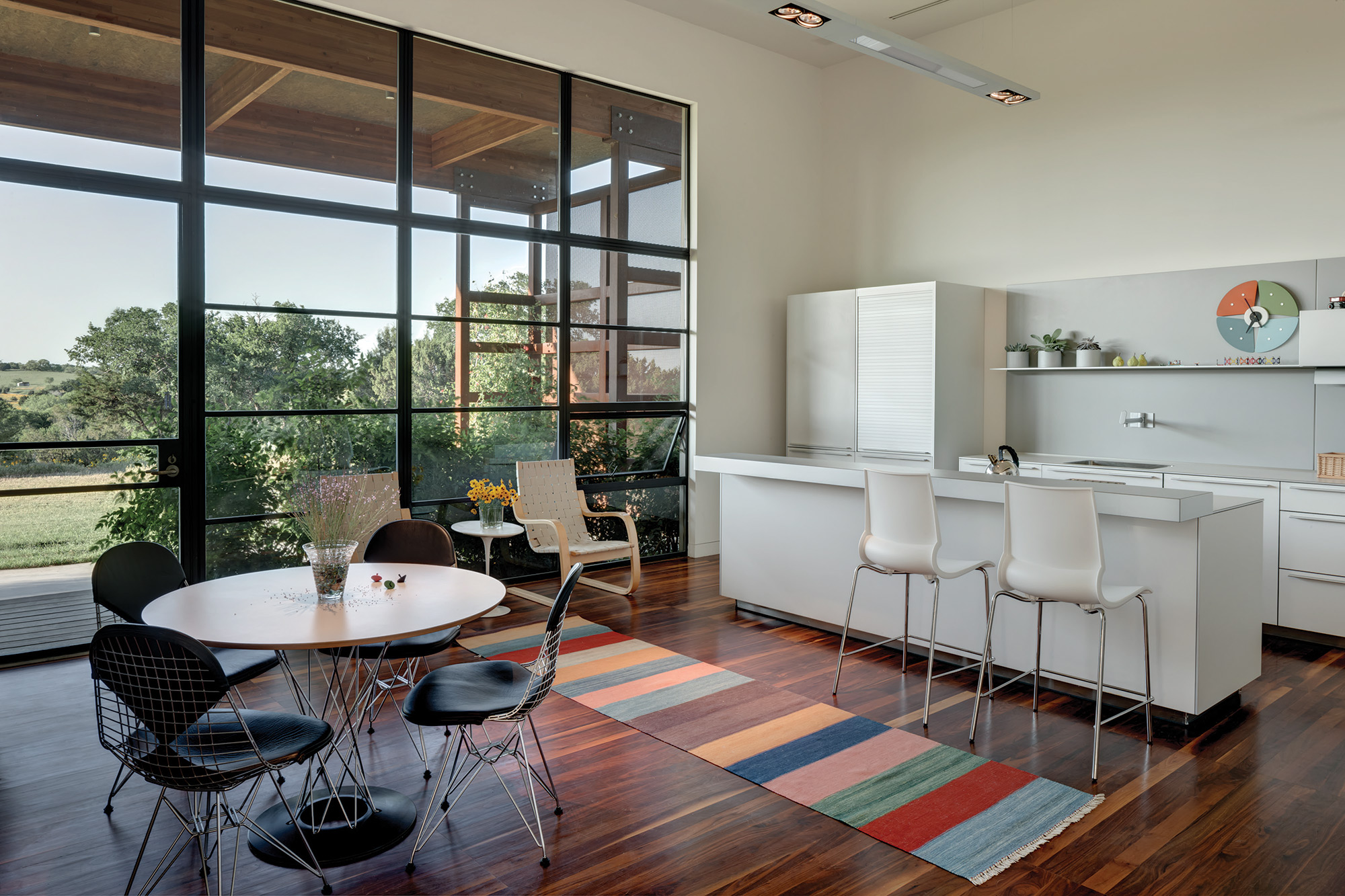 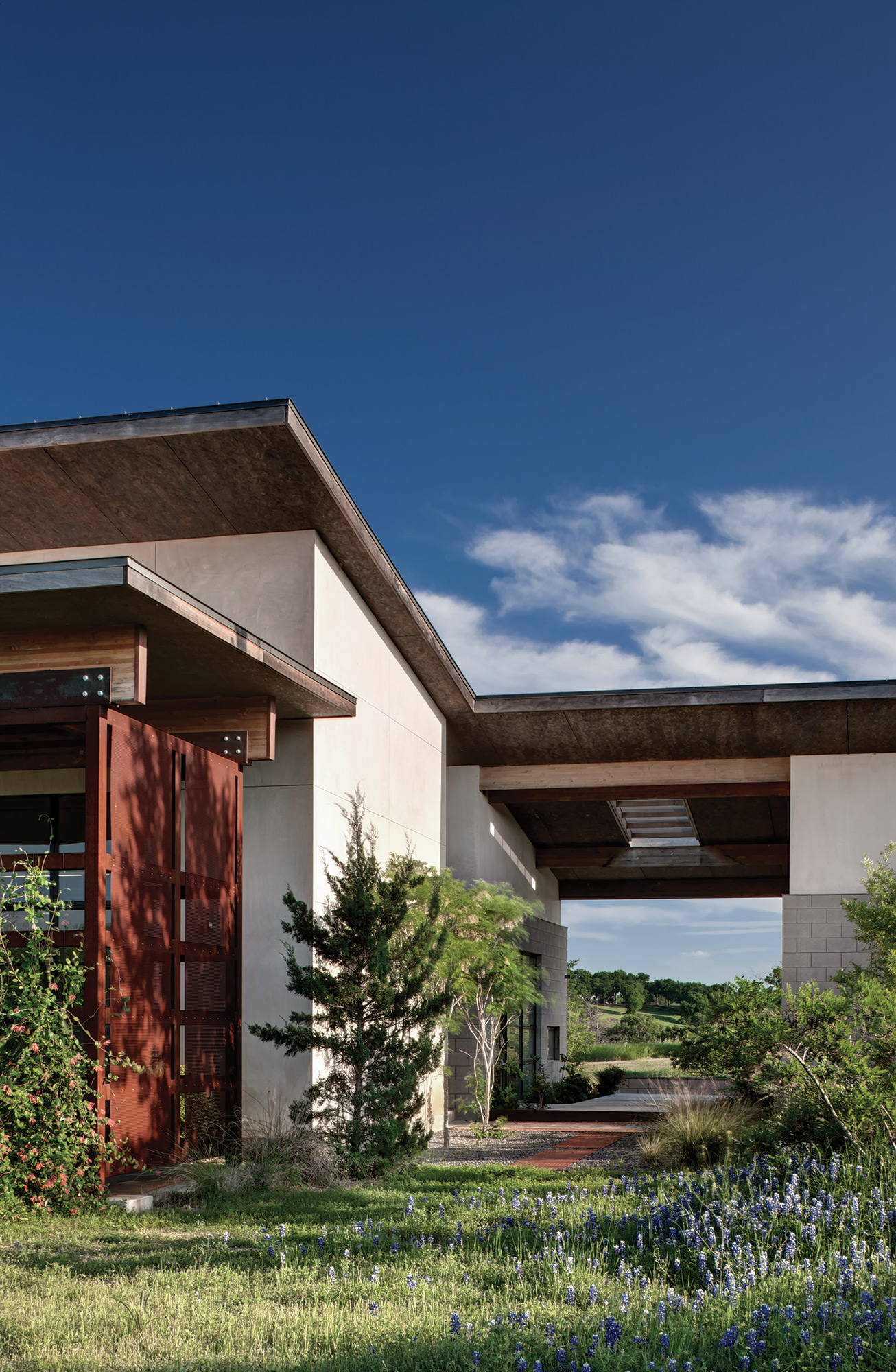 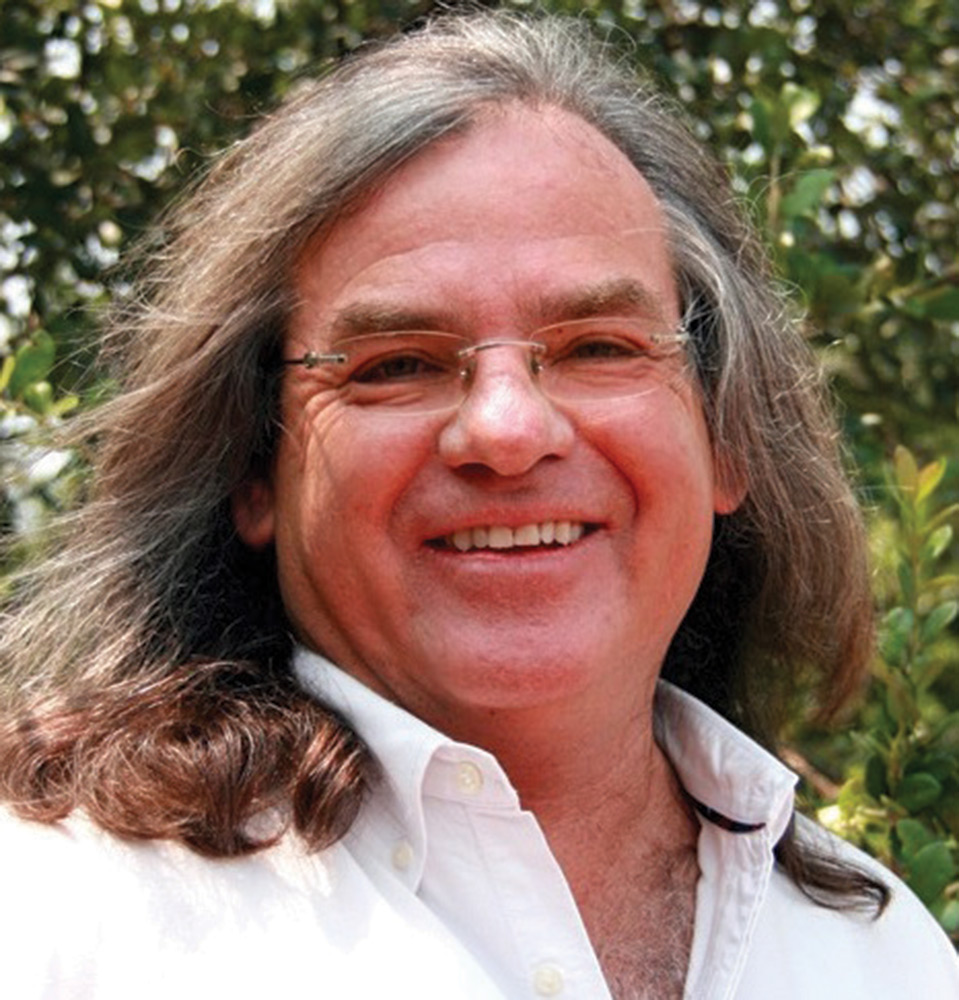