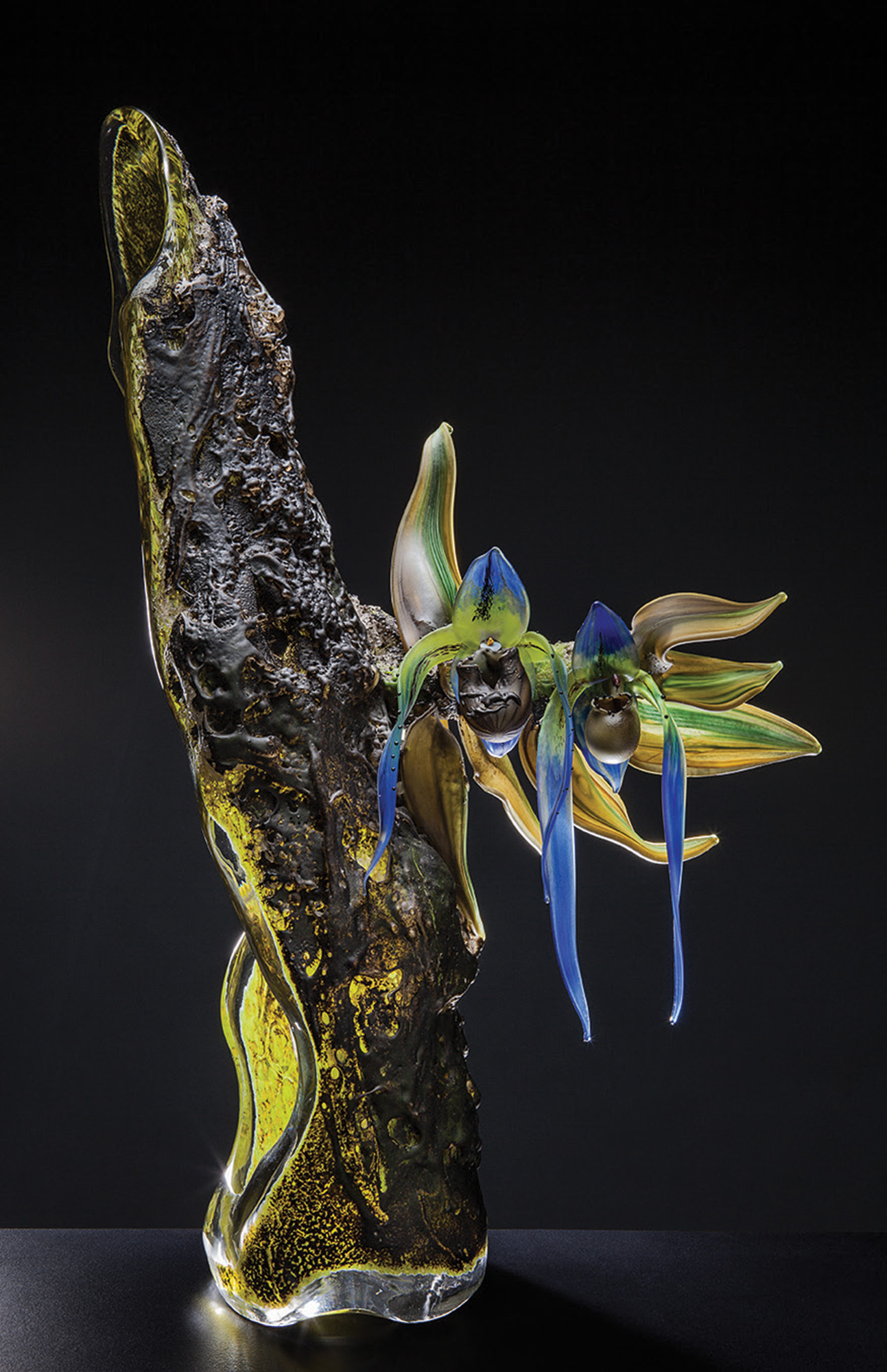 15 Sep Illuminations: Ones to watch

Debora Moore’s glass-sculpted orchids embody the flower’s delicate characteristics as well as their diversity as one of the oldest flowering plants in the world, dating back to the Mesozoic Era. Inspired by the rainforest and the Olympic Peninsula, Moore’s goal is to bring the outdoors inside. But her pieces express more than the rare beauty of the exotic blooms, they reveal the spirit of nature.

“I love trees and I love orchids. … I’m kind of obsessed with them,” she says. “I live and work in the Pacific Northwest but travel around the world to study flora and fauna in its natural environment.”

After 20 years of working in glass, both blown and sculpted, Moore’s pieces have gradually diverged from the botanically correct to an aesthetic truth.

“I wear glasses, but I like to take them off when I’m walking through the forest,” she says. “I see things that aren’t really there, and I gain the feeling of being there. I’m trying to capture the essence of the bark on trees.”

She relates that exercise to “forest bathing,” which is the practice of taking short, leisurely visit to forests for health benefits. The practice originated in Japan where it is called Shinrin-yoku. The idea is to capture the essential
oils of the trees and oxygen, which can lead to increased well-being.

“That’s what I’m trying to bring to my work,” she says. “But it’s hard because glass is a hard material and these things are ethereal.”

Moore’s glass art is created at the furnace. Using both the ancient art of blowing glass, which dates back to the 16th century B.C., as well as the more modern handsculpted method, Moore creates the shapes and colored striations. Working with four assistants, she gathers the molten glass from the furnace. Each petal has four or five colors, which is applied to clear glass. She then sculpts it into a flower, which includes blown components. The rest of the piece is sculpted in the cold shop.

“When I’m out in the field I take a sketchbook and a camera,” Moore says. “The sketchbook allows me to emphasize what I’m seeing.”

Oftentimes she’ll use watercolors to create sketching; a medium that closely relates to glass. “My watercolors often look like a Paint by Numbers, each petal is so detailed with color coding,” she says.

She also created a number of pieces she calls The Host series — orchids attaching themselves to trees or rocks — with glass orchids growing on moss and lichen.

Before finding her voice in glass, Moore worked in ceramics. She found the parallels in both mediums. “Working on the potter’s wheel, it’s continuously spinning, pulling the pots upright. In glass, the work is constantly spinning but you’re working it on the horizontal instead of the vertical. I knew for a long time what I wanted, and I was on a search for material that would express my feelings and could say what I wanted. Something soft and transparent, delicate or not, and I could freeze it in the moment.”

Currently, she’s working on a new series: instead of trees or bamboo as hosts for the orchids, she’s exploring boulders. She sees the two together as hard surfaces and is interested in melding the glass with the stone.

“It also has something to do with global warming… that we still have hope,” she says. “We can see how resilient Mother Nature can be.”

Moore’s work will be at the Palm Springs Art Museum in the show Women Working in Glass from October 14 through March 12, 2018. She is represented by Habatat Galleries in Royal Oak, Michigan; Austin Art Projects in Palm Desert, California; and the Schantz Galleries in Stockbridge, Massachusetts. 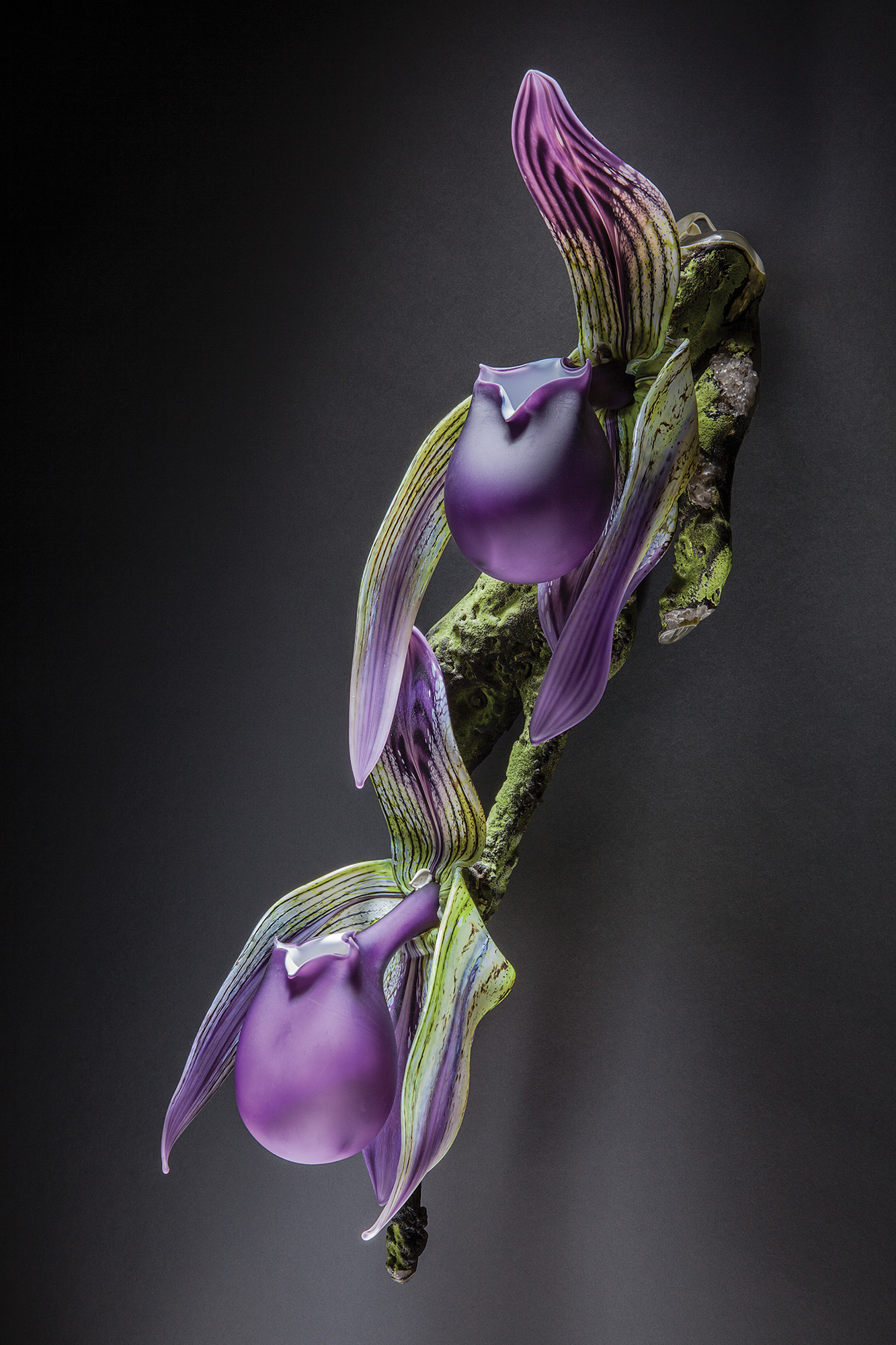 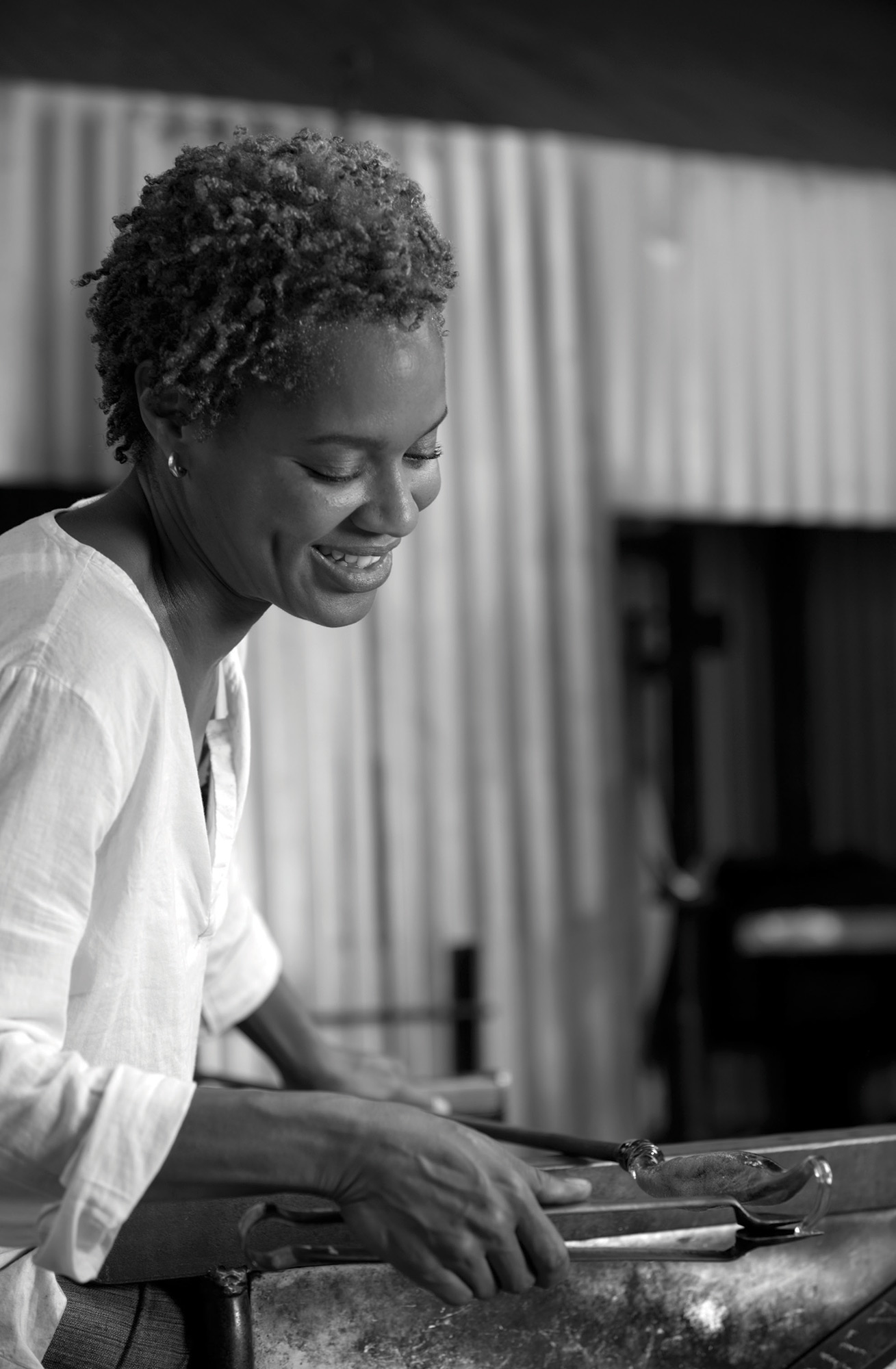 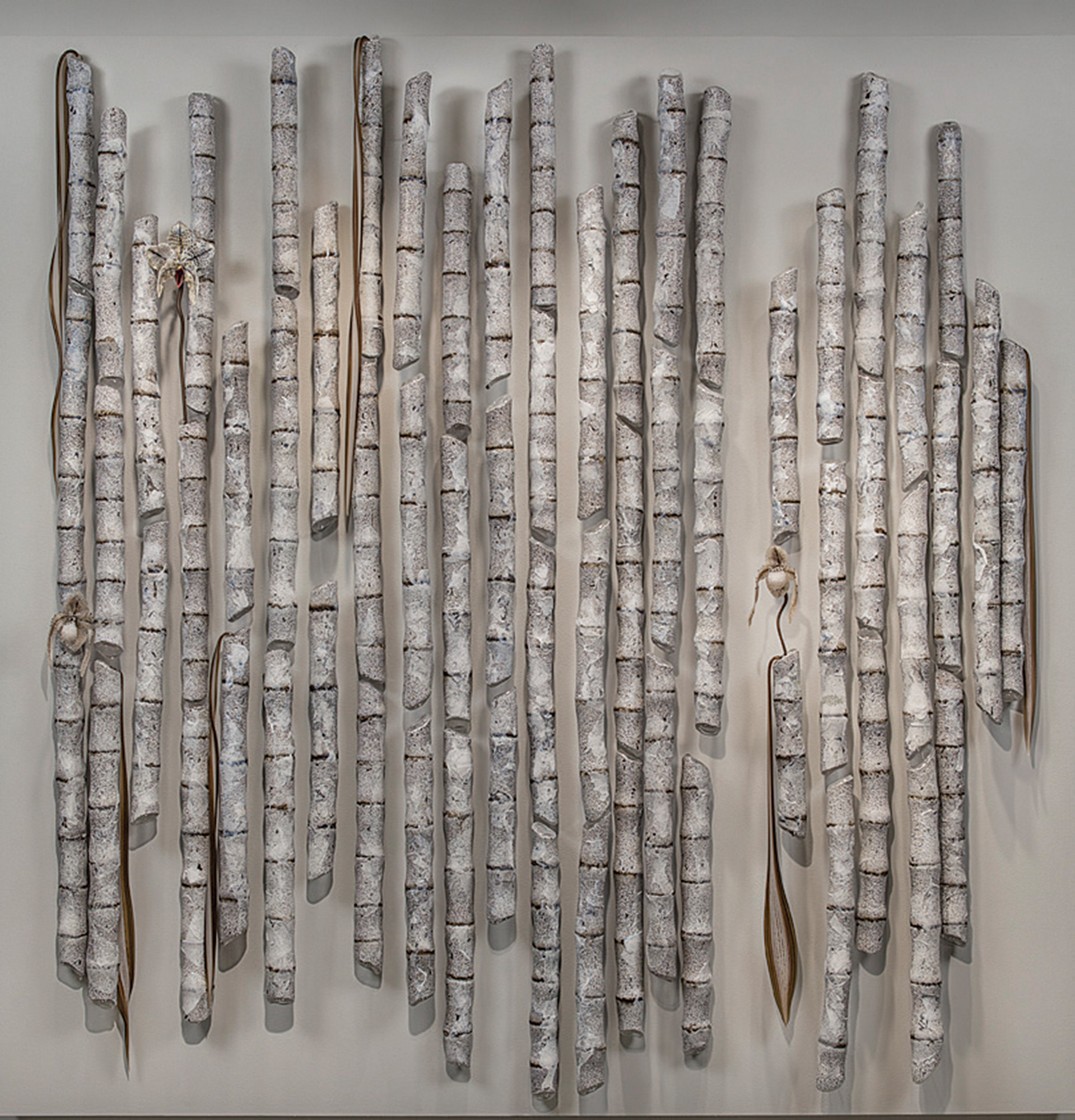