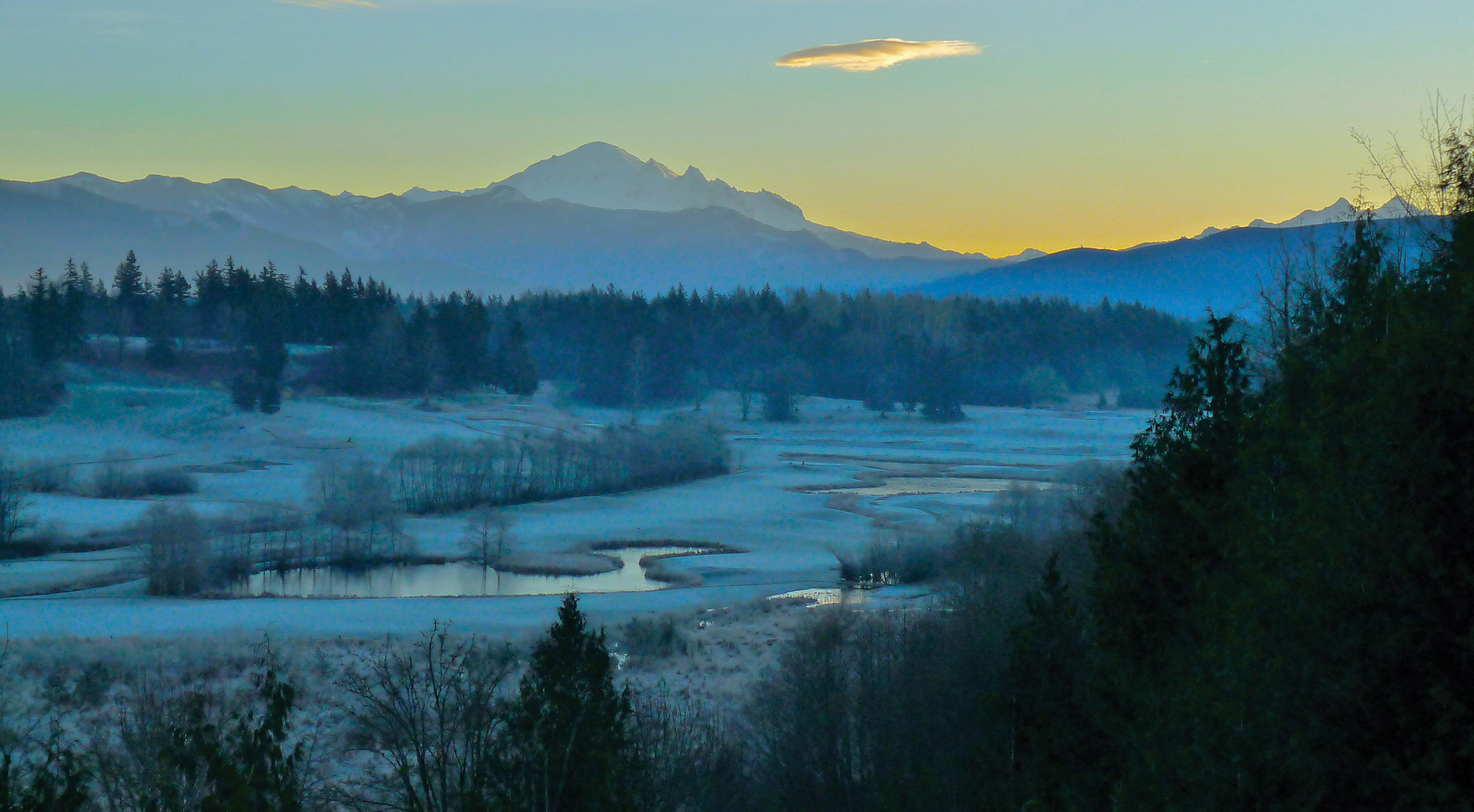 After purchasing the farmland, the Van Beeks rehabilitated the valley floor, allowing the steam to return to its meandering course through the wetlands. The foothills of the North Cascades and Mt. Baker rise above the scene.

05 Jan In the Studio: Designing His Own Inspiration

In 1976, two weeks before classes were set to begin at Western Washington University, Randy Van Beek decided to go for the degree without going to class. He knew that professors would push Abstract art, so Van Beek designed his own curriculum centered on the traditional Realist and Impressionist styles that had always appealed to him. While his would-be peers wrote essays on Reinhardt and Kandinsky in order to maintain GPAs, Van Beek checked out stacks of works on the Hudson River School. Four years later, he was painting full time.

Now, 40 years on, Van Beek continues to chase increments of artistic growth by challenging himself with new ideas and seeking inspiration throughout the West. Part of that inspiration has come from seeking out surroundings conducive to the art he wants to create.

When it came to designing his home studio, Van Beek was as thoughtful as he was about his education. One morning, out on horseback near their home in Bellingham, Washington, Randy and his wife, Marlene, climbed up above a valley to find Mt. Baker visible above the treetops. They gazed over the 45 acres of hills, valleys, streams and trees and knew they’d found their home. The land belonged to a local beef farmer and when he was ready to retire, the Van Beeks were ready to buy. Both artists (Marlene Van Beek designs jewelry), it was natural for the couple to draw out the plans for the house together, spending a full year carefully designing where each outlet, light switch and side table would be placed.

“My surroundings are really important,” Van Beek says. “It’s our creative space. The surroundings of the studio, the yard, the view definitely fuel the creative process. Just being surrounded by beauty is inspiring.”

Van Beek’s designs were not limited to the architecture of the home. His gliding easel with interchangeable counterweights is his own invention, as is his setup of brushes suspended in thinner, perpetually self-cleaning. His palettes of paints and drawers of supplies are all clustered around a big picture window that provides north light and jawdropping views.

The yard, where the Van Beeks spend most Sundays, rain or shine, was carefully constructed as well. “I’m thinking about landscaping on a daily basis,” he says. “Every window I look out, [the landscaping] will catch the corner of my eye and I’ll plan for Sunday, wrestling with rocks and placing the latest additions to my conifer tree collection. Knowing those trees that intimately, knowing those rocks that intimately definitely helps me paint rocks and trees.”

Van Beek’s intimate knowledge of landscape and setting is what draws many to his art. “They gravitate toward his work,” says Pam Eggemeyer, owner of the Spirits in the Wind Gallery in Golden, Colorado. “Not only to view the style, the color and the lighting effect, but because his work has a calming effect.” Eggemeyer describes how clients often feel as if they have been to the exact spot depicted in a Van Beek. While his paintings do represent specific sites, there is something recognizable and familiar in all his work, whether of an unknown cluster of aspen trees off a deer trail in Colorado or the iconic peak of Mt. Rainier.

The intimacy with his subjects comes neither by luck nor accident. Van Beek returns again and again to the majestic sights of the West. He knows every switchback on Glacier National Park’s Going to the Sun Road. He has more than a thousand photographs of the Grand Tetons. Almost everything he reads is about early American history, particularly the West. Details about the Blackfoot and the Shoshone pour out in his paintings of Native encampments.

The couple’s frequent road trips from Washington to Montana, Wyoming or Colorado are stop-and-go affairs. Van Beek may pull over for an hour or two to complete sketches and plein air paintings, or to take photographs. In the dawn and twilight hours, he is prepared for the frenzy of zooming in, panning out and changing lenses that is required to capture subjects in rapidly changing light conditions. “I need to know my subjects intimately, through different times and seasons, through my whole life,” he says.

Van Beek’s love of place creates an intimacy in his work that collectors respond to. Scenes of serrated mountain peaks and sunlight glistening over Northwest harbors hint at his appreciation of Albert Bierstadt and Thomas Moran, but more than that, they show his appreciation for a place that he has both loved and been shaped by. 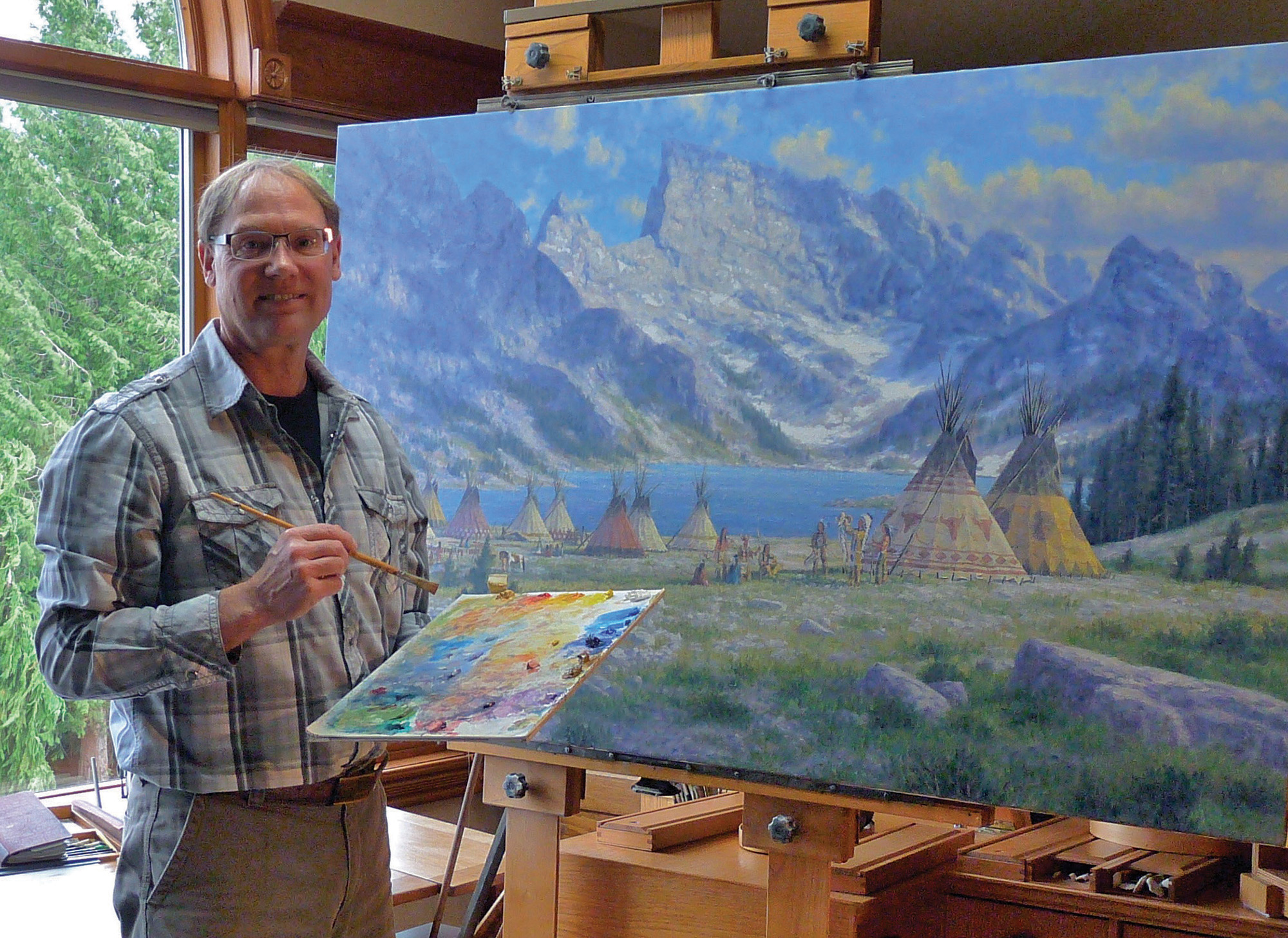 Randy Van Beek works on a vast canvas in his home studio. When painting native encampments, Van Beek studies his own images of landscapes alongside historical photographs. The work of Edward Curtis, who photographed and documented tribes at the turn of the century, is especially valuable. 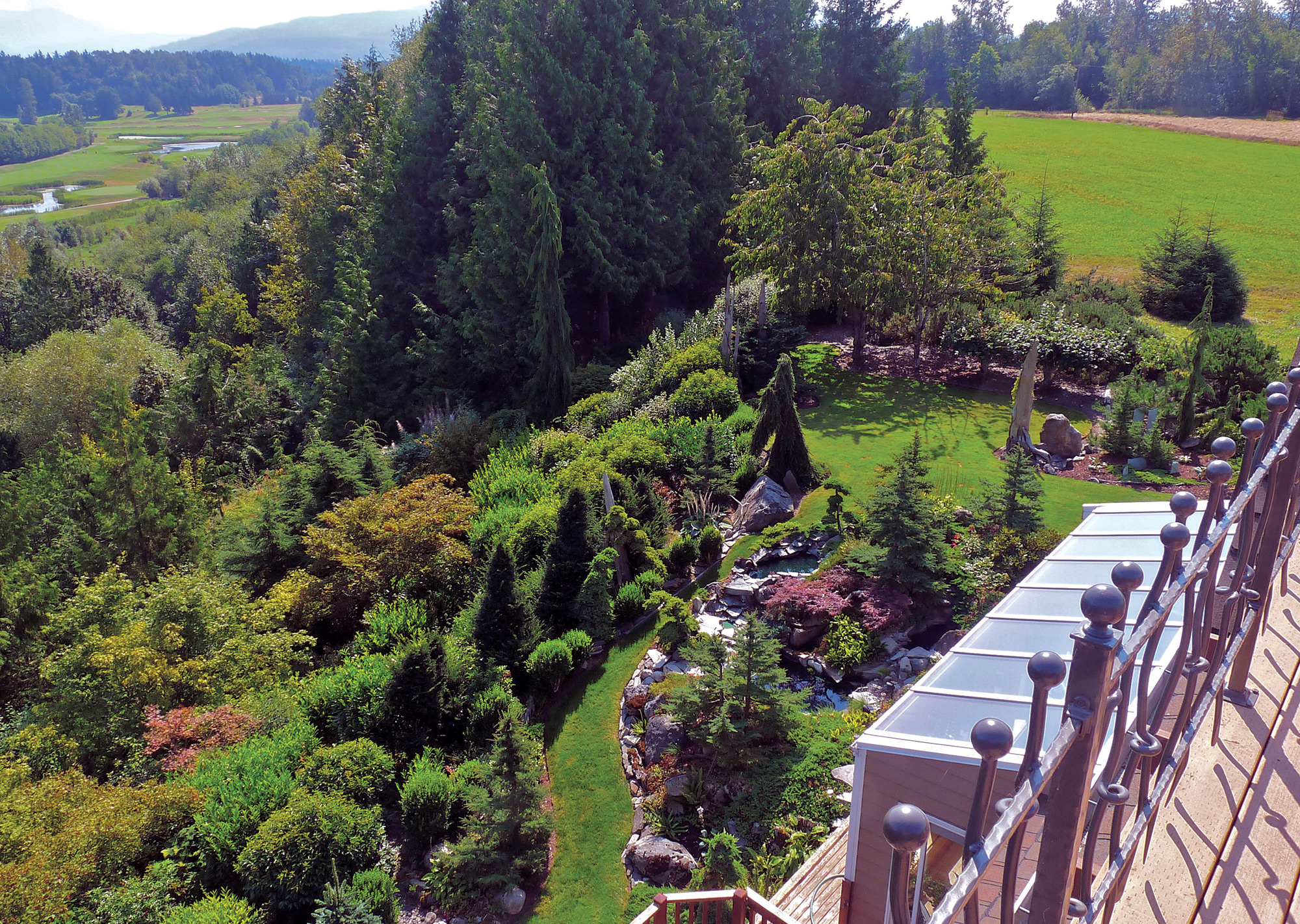 The Van Beek property is a rare gem, so close to town yet secluded. Due to the steep valley and wetlands, roads never went through. A small lawn was designed, allowing the natural landscape to thrive throughout the rest of the property. 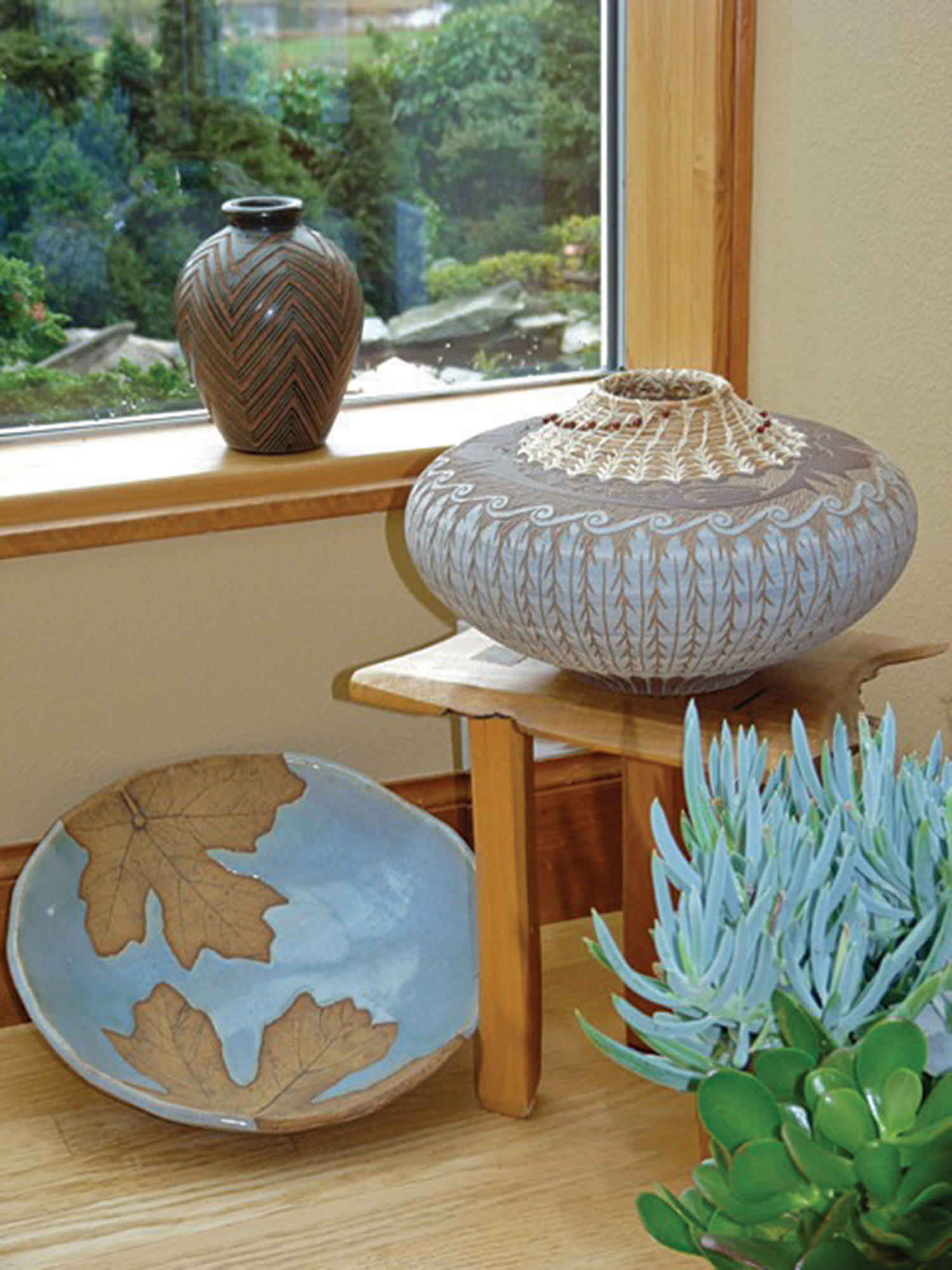 The Van Beeks collect three-dimensional art to contrast the two-dimensional paintings that fill the studio space. These fired clay pieces reflect nature; the far-right pot has pine needles stitched in a spiral pattern. 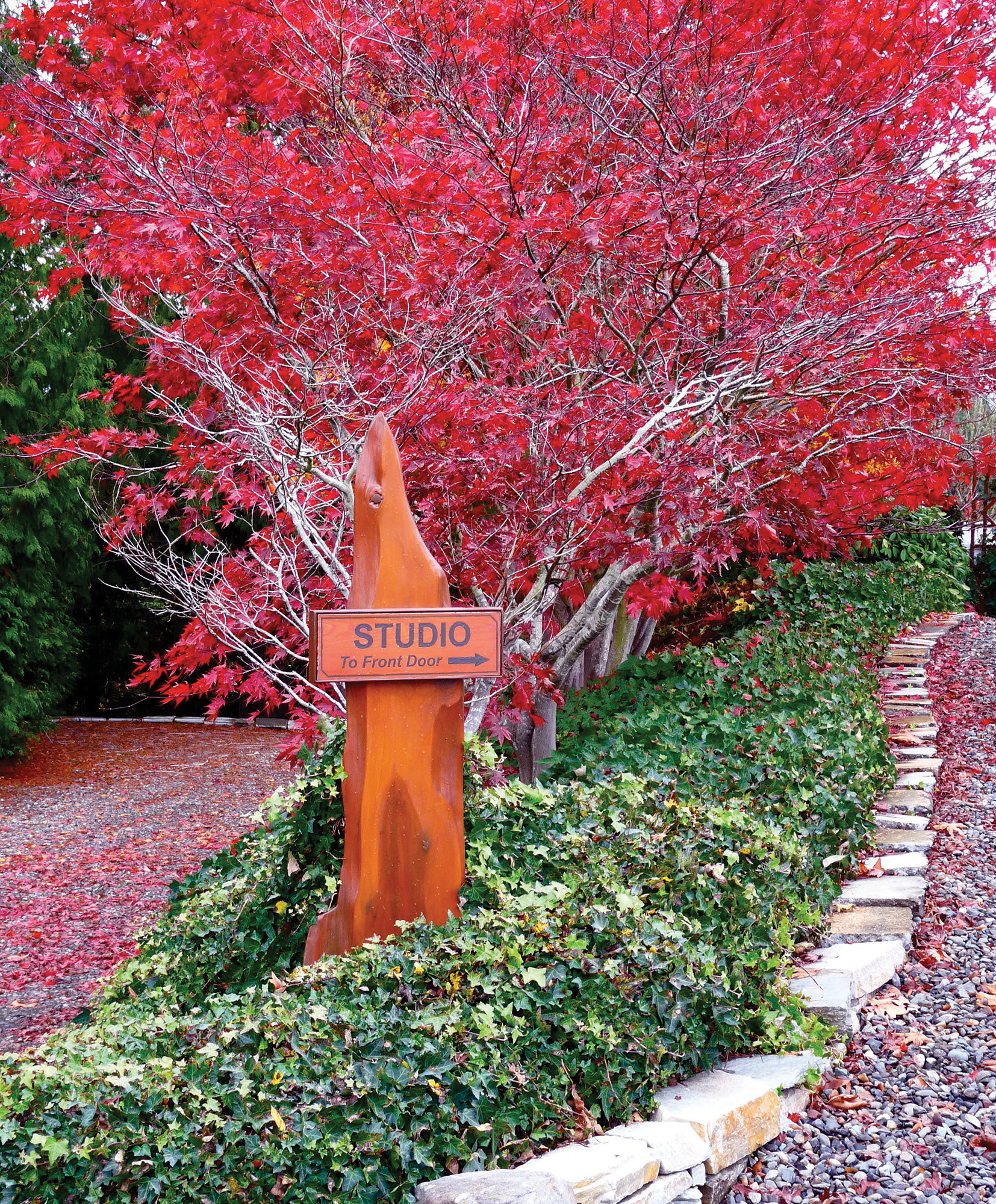 Although most of the landscaping is indigenous, the Japanese maples were put in to provide autumn colors. Van Beek created the studio sign from a cedar log that was milled on the property. 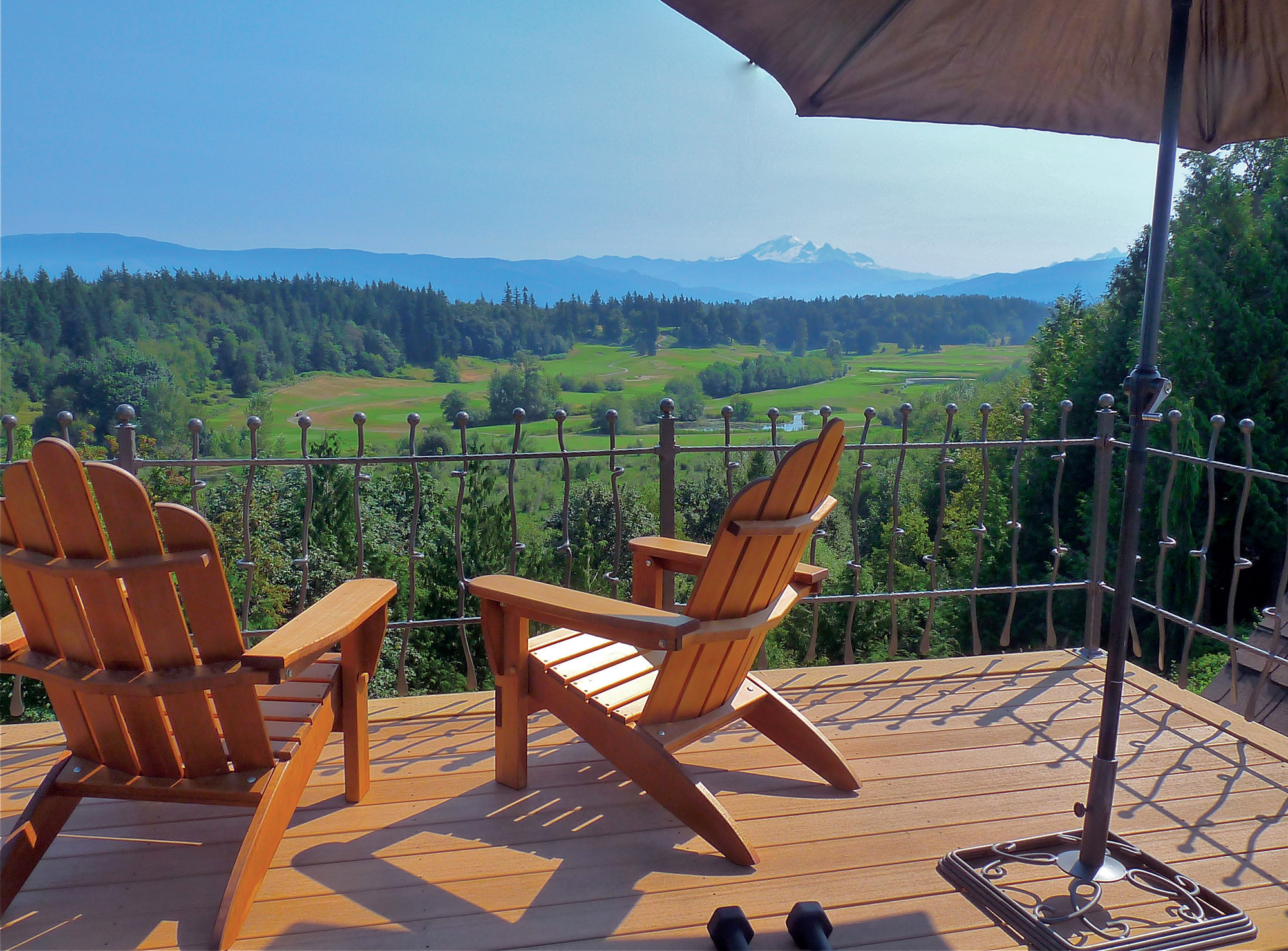 The rooftop deck is accessible from the studio by way of a ladder that Van Beek created. 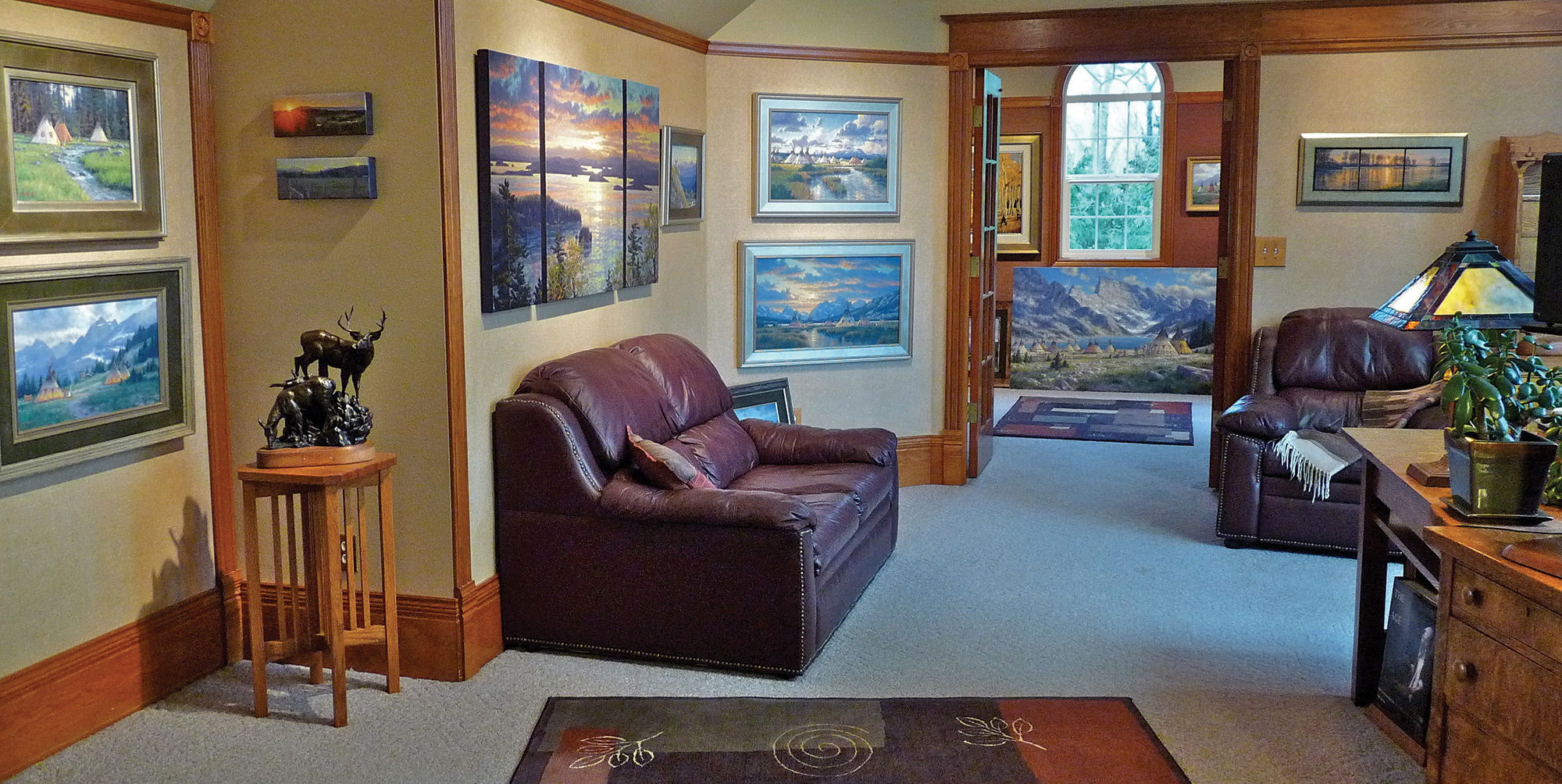 The adjoining alcoves of the studio allow Van Beek to stand back and view paintings from a distance as he works. Multiple rooms also provide wall space for displaying work. 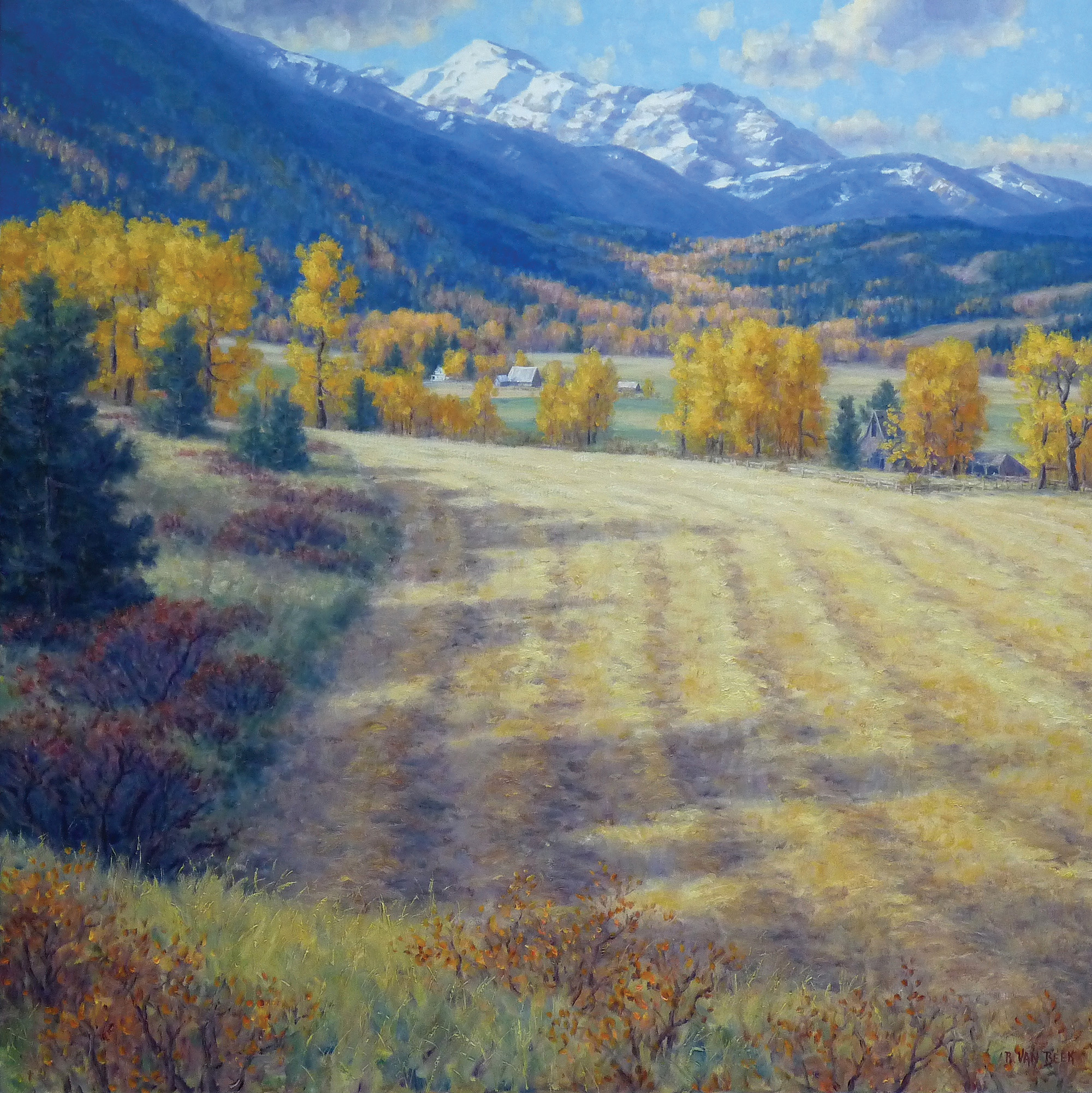