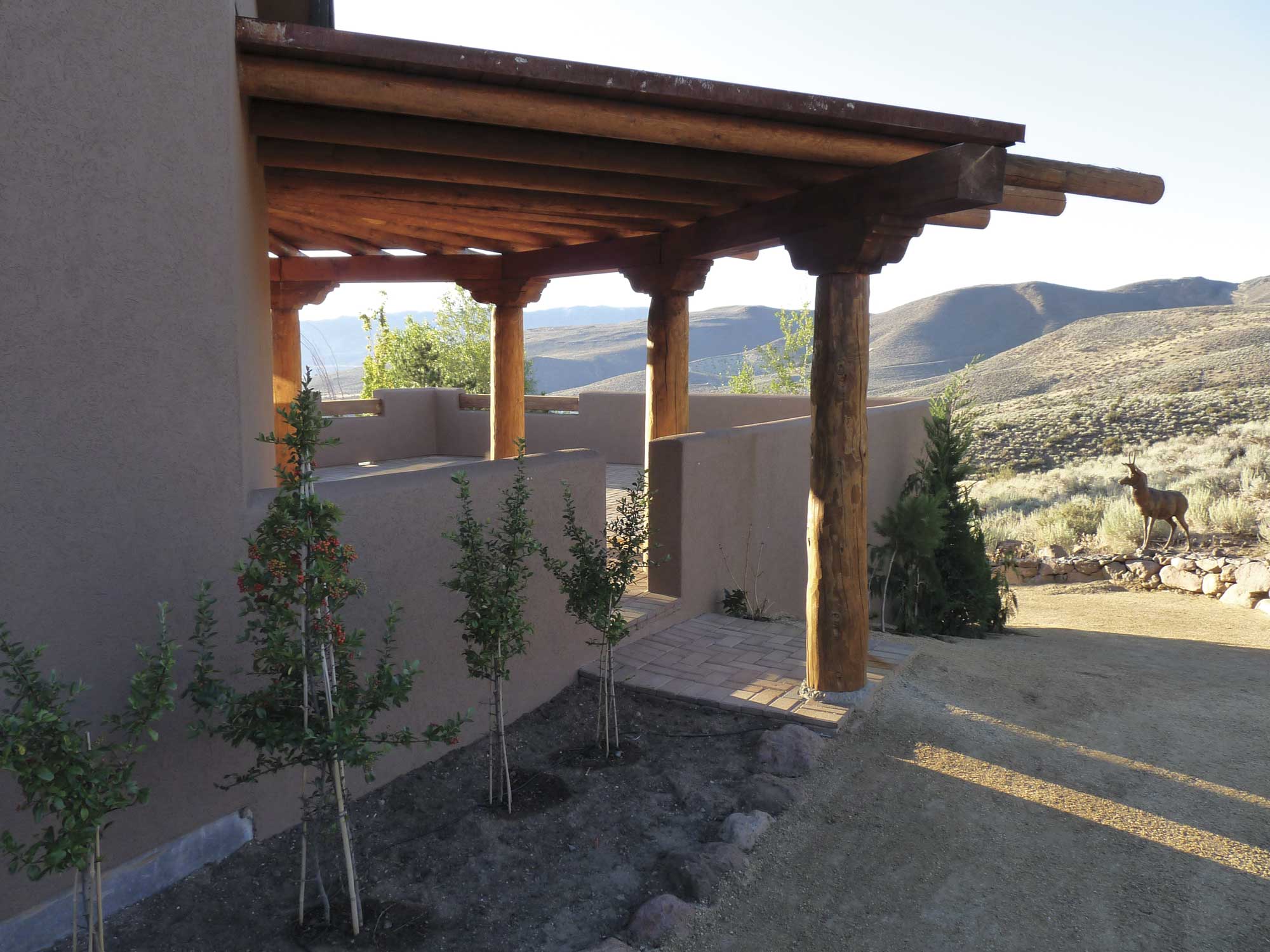 As seen from his studio’s upper terrace, Boyce’s 40 acres in Reno abut protected Forest Service land and inspire the artist daily. This page: Michael Boyce in his gallery

29 Dec In the Studio: Michael Boyce

Snaking up a knoll in the foothills of Nevada’s Mount Rose, a one-lane gravel road leaves the harried suburban lifestyle of south Reno trailing in dust. The hum of traffic fades to nothing, and along both sides of the road appear life-size bronze sculptures of eagles and deer. One more turn, and a bunny scampers toward a lawn. Three more cluster in a stand of aspens at the edge of a pond.

This is the haven of world-renowned taxidermist and artist Michael Boyce. Tucked out of sight until you’re almost at the door are two Southwest-style buildings that are his home and personal gallery/studio space.

“This connection to the land and to the earth represents the foundation of any art that I do,” Boyce says, pointing to the sagebrush-covered spread from his studio balcony. “To me, it’s all art. At 63 years old, I’m like a kid around nature; it still knocks me out.”

The bucolic scene and intimate spaces of his personal 40-acre compound stand in stark contrast to the setting that bears Boyce’s name and gave rise to his impeccable reputation. Not 10 miles from here is the 30,000-square-foot complex of Animal Artistry, his global taxidermy business that handles some 10,000 animals each year. A job board filled with client names and species covers an entire wall, and 30 employees work on various stages of the mount, from shaping the foam structure to stitching the hides to arranging the habitat base, shipping, receiving and storing.

“Michael has reached the highest level in his profession,” says Peter Stremmel, owner of Reno’s Stremmel Gallery, partner in the Coeur d’Alene Art Auction and a 25-year friend of Boyce. “For many years, Bob Kuhn was his hero, but frankly, Michael is to taxidermy what Kuhn was to painting. I can look across a room and differentiate his work; he captures nuance.” Yet, at the pinnacle of his taxidermy career, Boyce considers the work secondary. “It’s my career, not my passion. I live for when I can get in my studio and sculpt and paint.”

Boyce originally delved into taxidermy in the mid ’80s from his desire to bring the beauty of nature and the experience of the hunt indoors, yet his innate artistic drive (his father is a painter, and was a commercial artist during Boyce’s youth) always begged more of him. In the late ’90s, he began sculpting. “It was like I was let out of school,” he says, noting the freedom of unchaining his work from the immediate constraints of an animal’s skin. Kuhn’s influence — capturing the grace, movement and profound respect for animals — is manifest in Boyce’s bronze works.

Boyce sculpts in a space nestled between his taxidermy studio and the adjoining fine art gallery that displays his work. The utilitarian concrete floors and white walls keep him focused on his art. Yet this space is just a bridge, one could say, to the creative energy and the inherent solitary nature that Boyce fully explores through painting at his home studio.

The area in which he paints at home can be opened up to the outdoors nine months out of the year. The structure also includes a large gallery with loft and balcony. To understand Boyce’s process is to know the art collection with which he surrounds himself: There are numerous Russian Impressionist works by Alexander Kremer and Boris Spomikov, among others.

Works by Len Chmiel, Frank Tenney Johnson, George Carlson, Sterett-Gittings Kelsey, Maynard Dixon and, of course, Kuhn hang on the walls and sit on pedestals intermixed with Boyce’s own finished sculptures, landscapes, portraits and still lifes. “My theory is that, despite my lack of training, by surrounding myself with what I feel to be good art, there’s almost an osmosis by which some things filter through,” he says with characteristic humility. “In the three years I’ve been attempting to paint, this collection has acted as a measuring stick.”

Boyce comments on a kinship he feels with Van Gogh who once, when discouraged with his own work, said that it would be better for him to purchase paintings than to produce them. “I feel that way all the time,” Boyce says, “so I end up buying paintings and it ends up carrying me along until I try again.” But don’t mistake Boyce’s ambitions; his art is not about living up to any ideal. It’s personal, and he is remarkably dedicated, working in his studio from as early as 4 a.m. to as late as midnight. “I don’t sign my paintings, I don’t take them to shows. In fact, I named my studio “the asylum” because it’s where I go for mental health. When I get into that wonderful, still space of creativity, it’s as good as it gets for me. Whatever comes out is secondary.” He quotes from Robert Henri, “After all, the object is not to create great art, but to be in that state of ‘being’ in which art is inevitable.”

“Michael is a real Renaissance man in many ways,” says Stremmel. “The market does not drive who he is or the art he creates.”

While Boyce’s works today are quite a contrast from his original artistic outlet, the universal component in all his work seems to be a stunning appreciation for the beauty of creation, and his desire to bring that beauty indoors. “The creative spark, which has done all these things in me, is infinite,” Boyce says. “If you feed it, it will take you places you’d have no idea you’d ever go. It’s a wonderful journey full of surprises!” 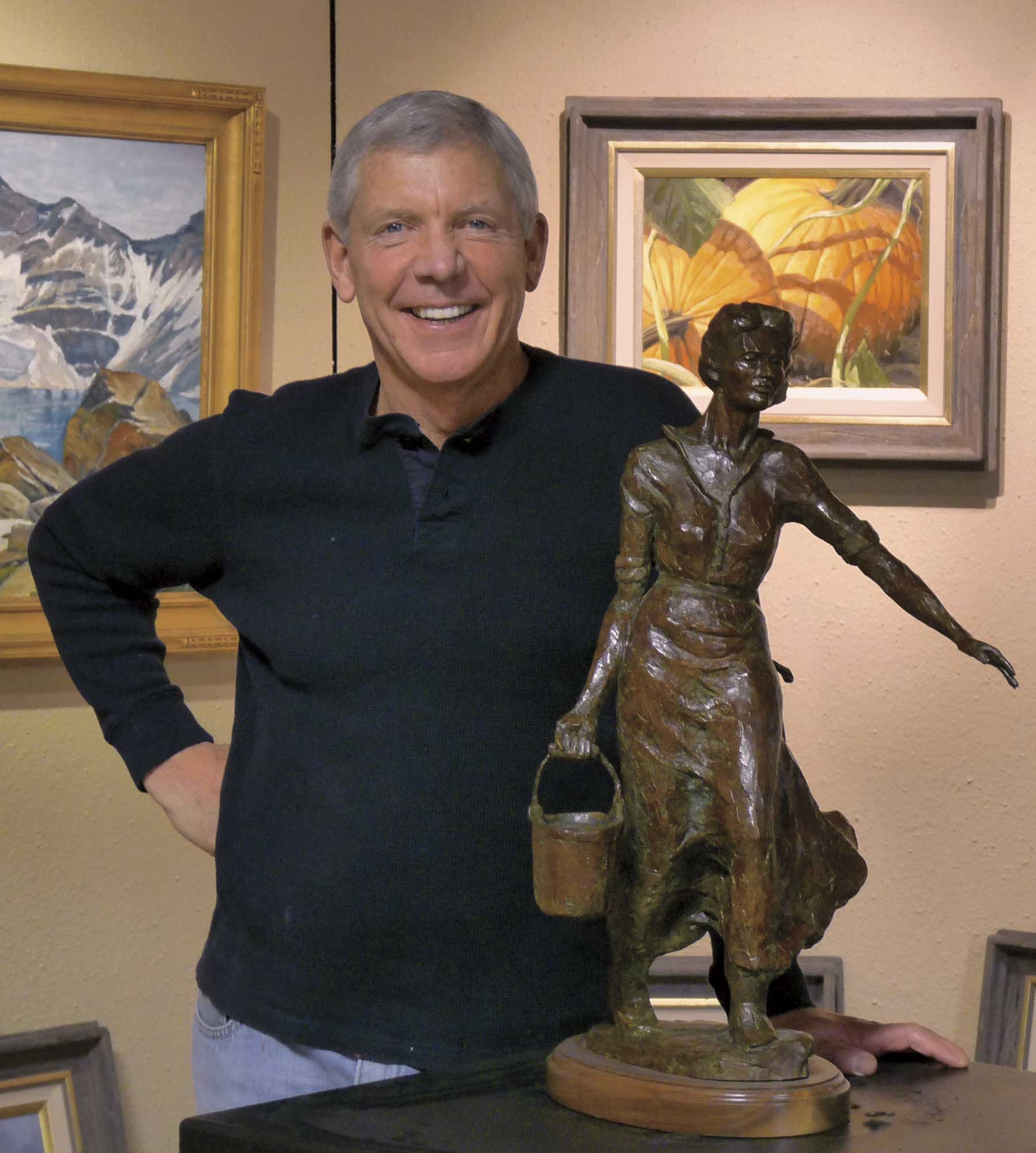 Michael Boyce in his gallery 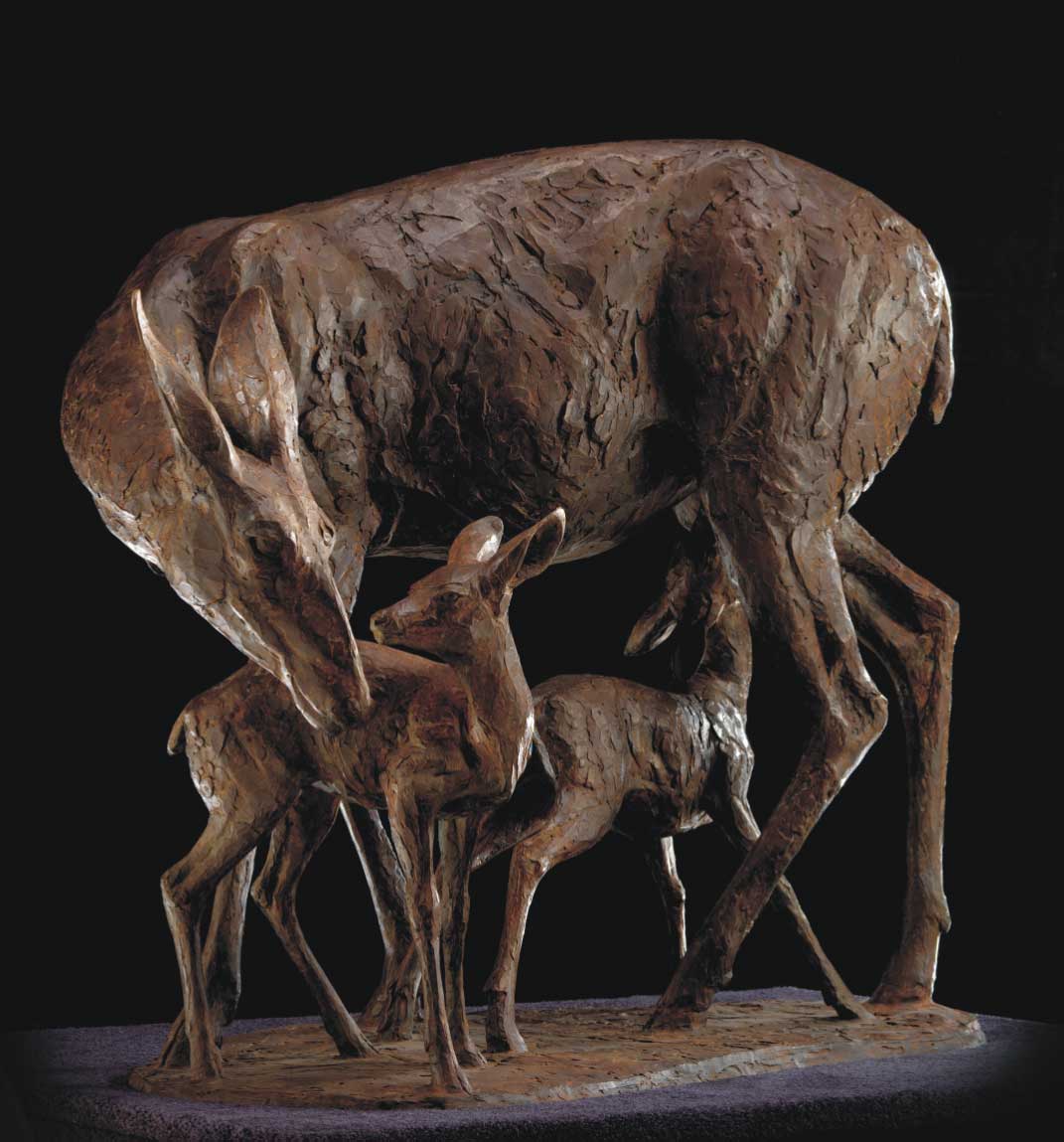 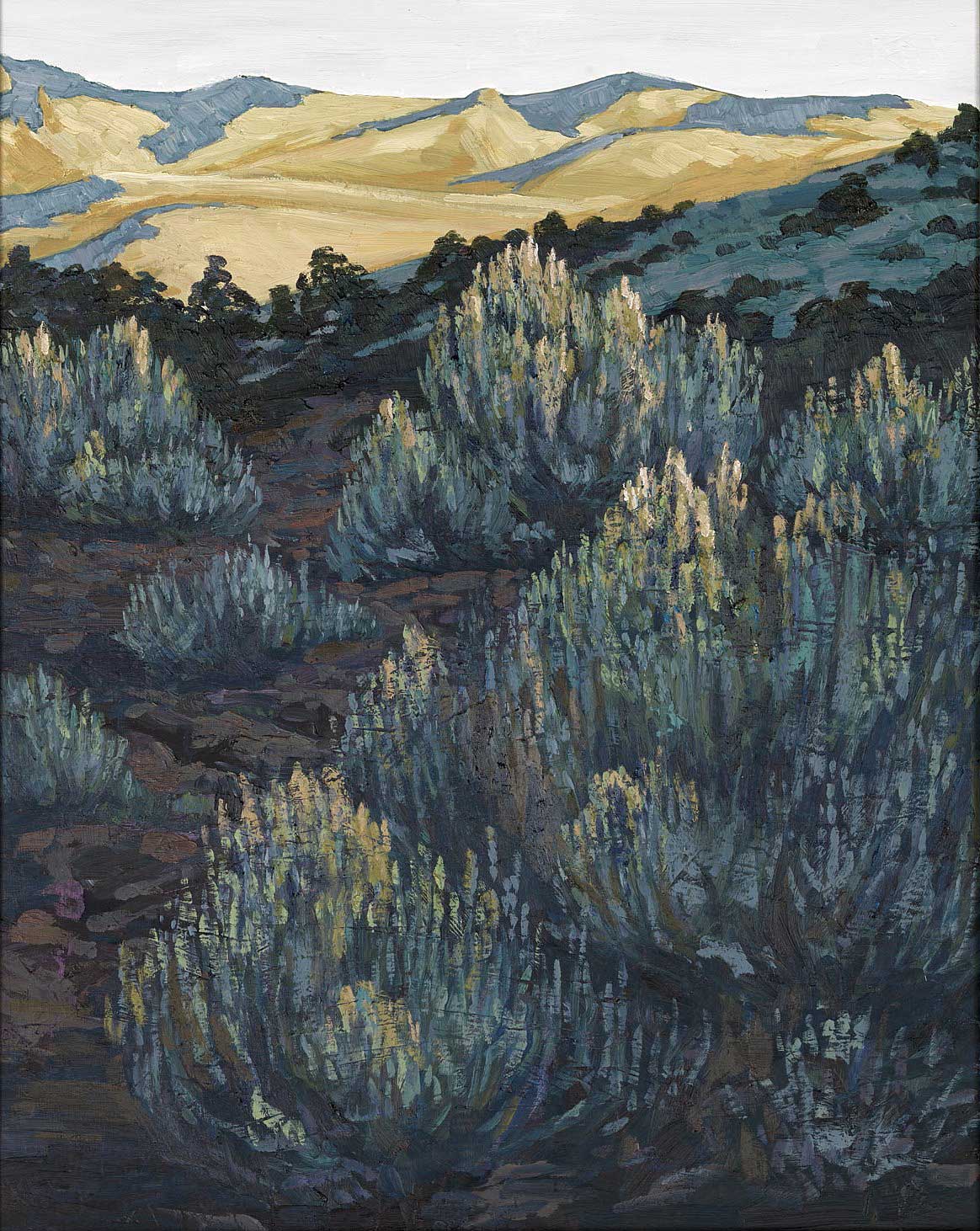 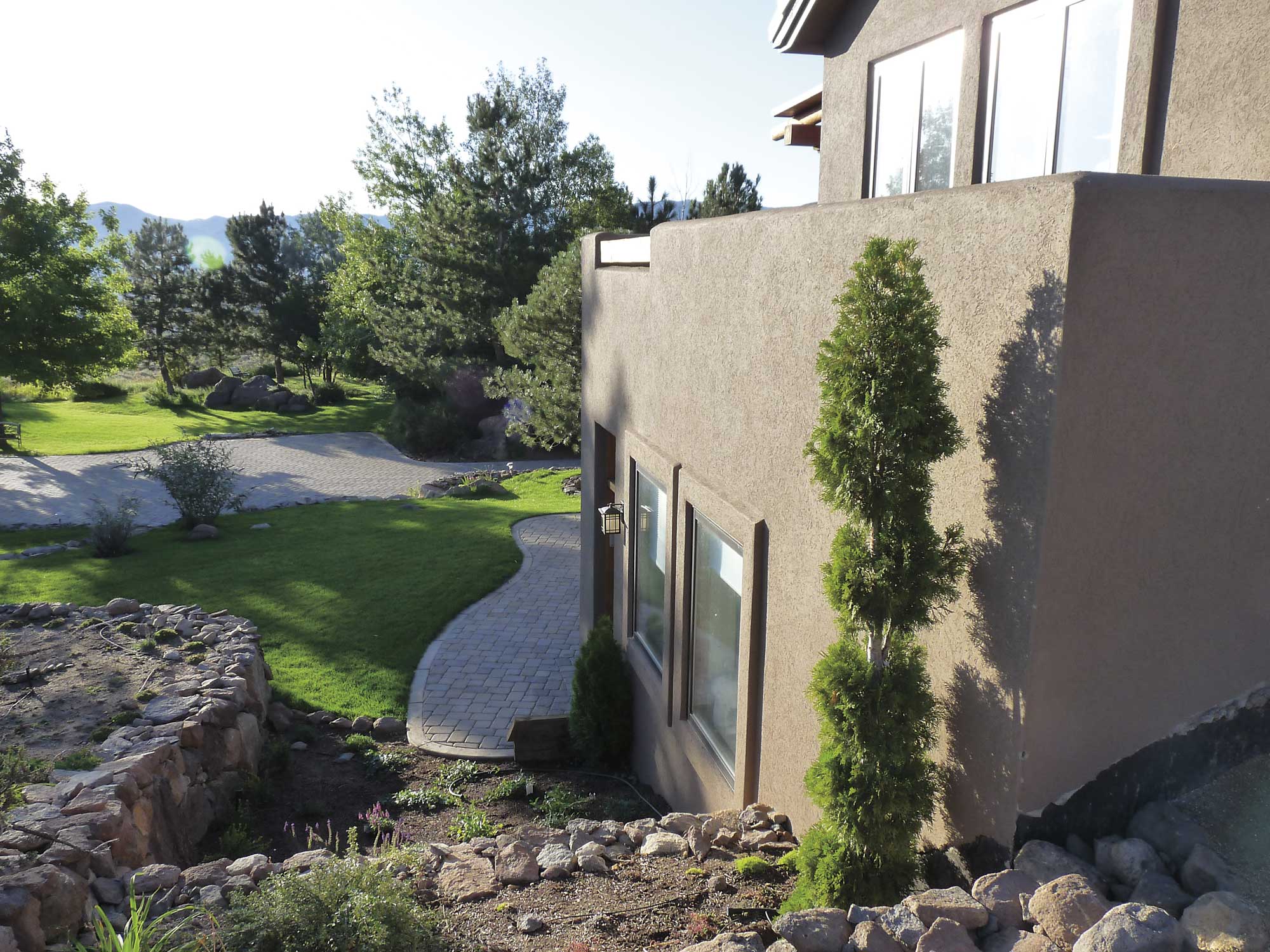 Boyce’s studio is engulfed by his beautifully landscaped acreage. 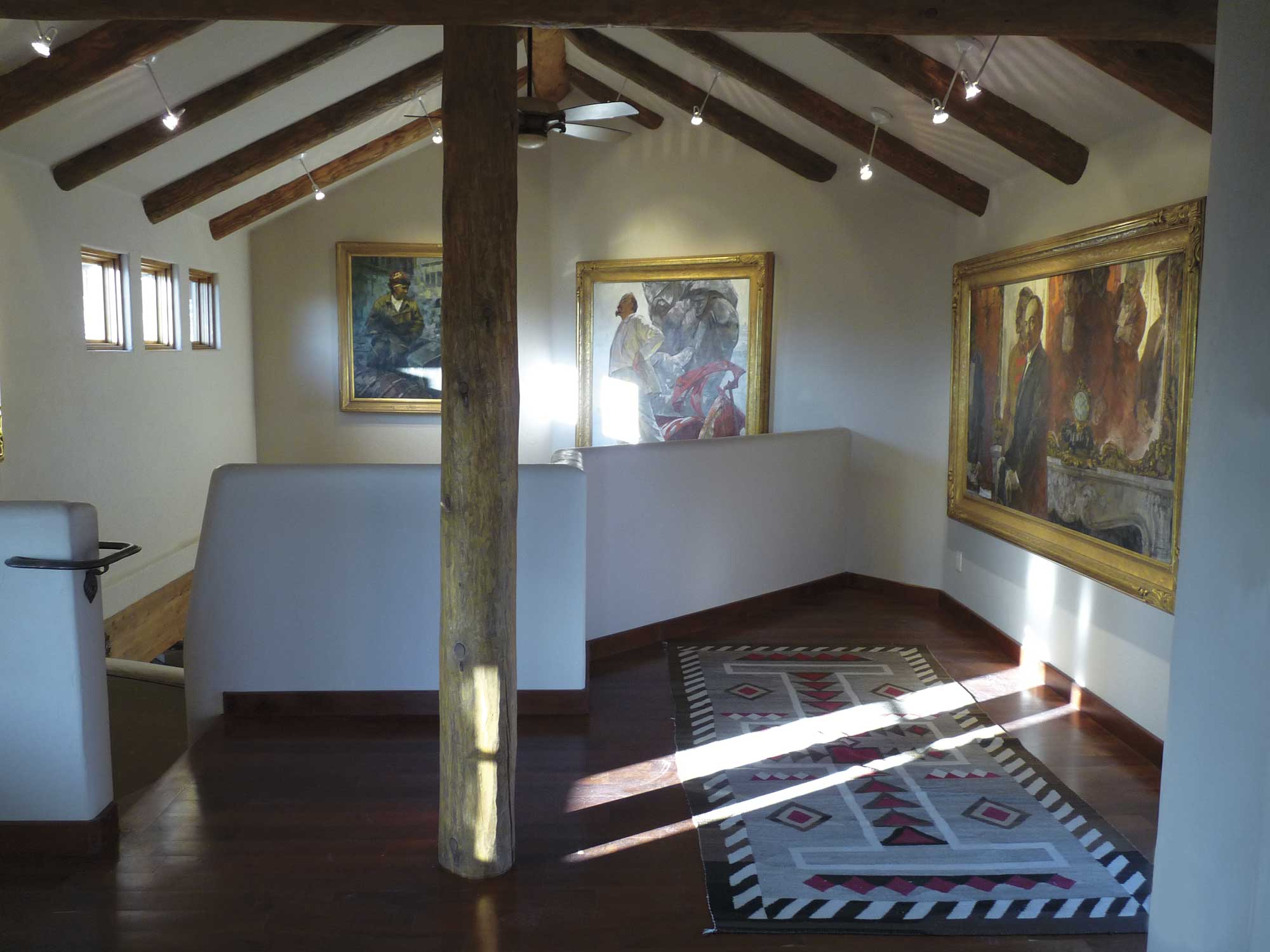 Boyce displays his Russian Impressionist collection in the upper level of his studio. 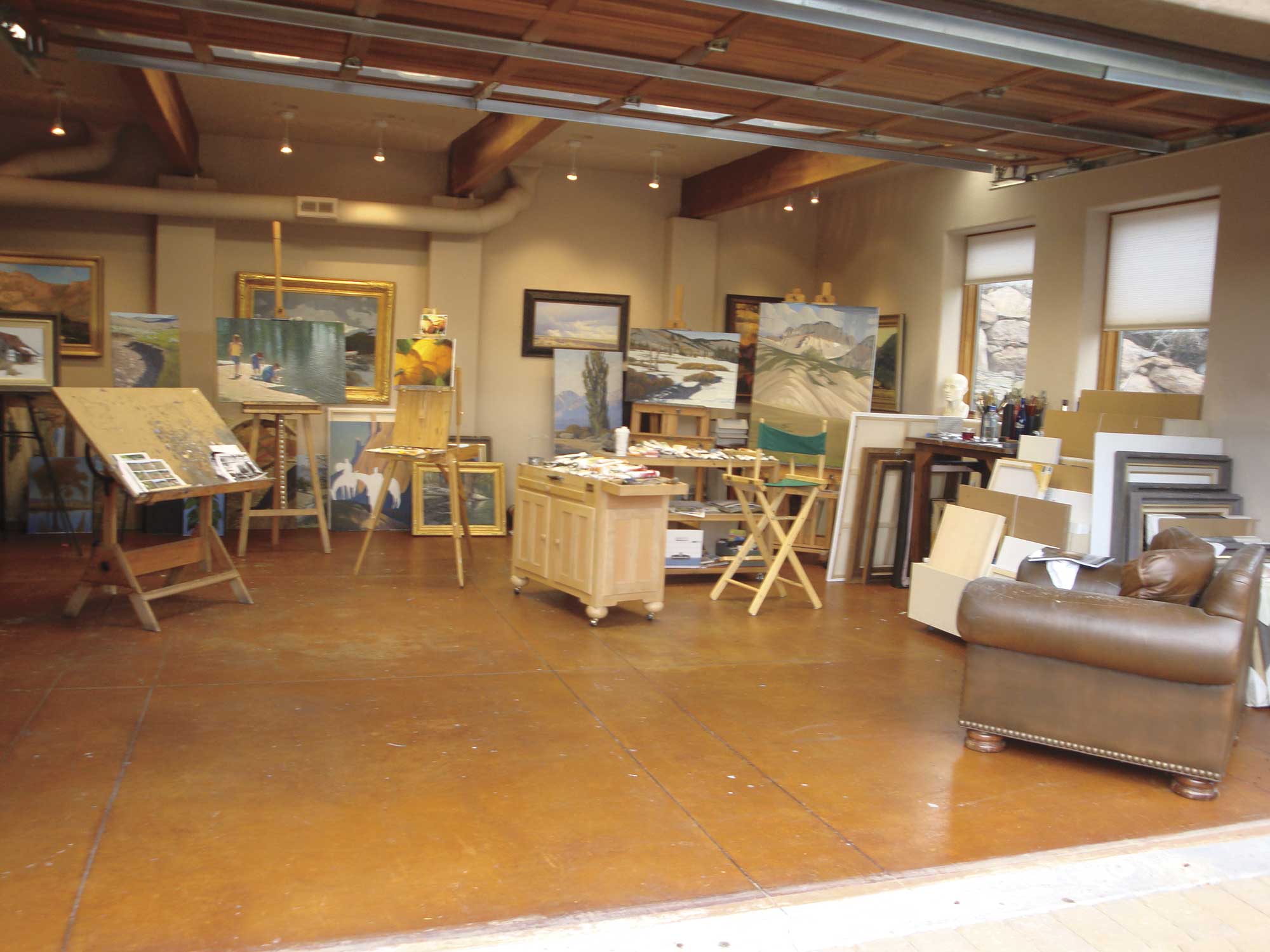 Boyce’s many works in progress at his home studio, which he dubs “the asylum.” Photo: Elisabeth Korb 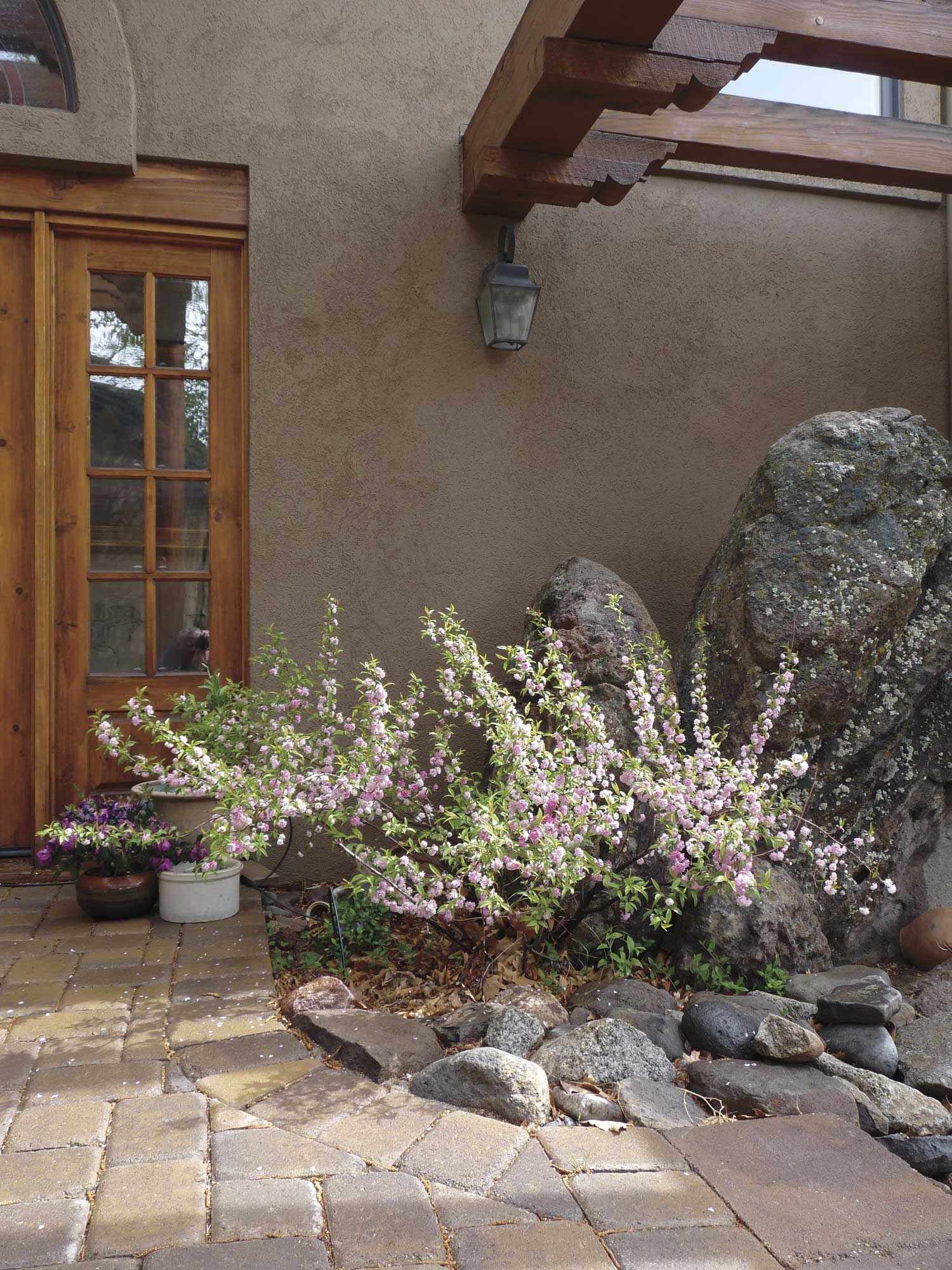 The flora and fauna surrounding Boyce’s home speak to the natural themes so paramount in his artwork. 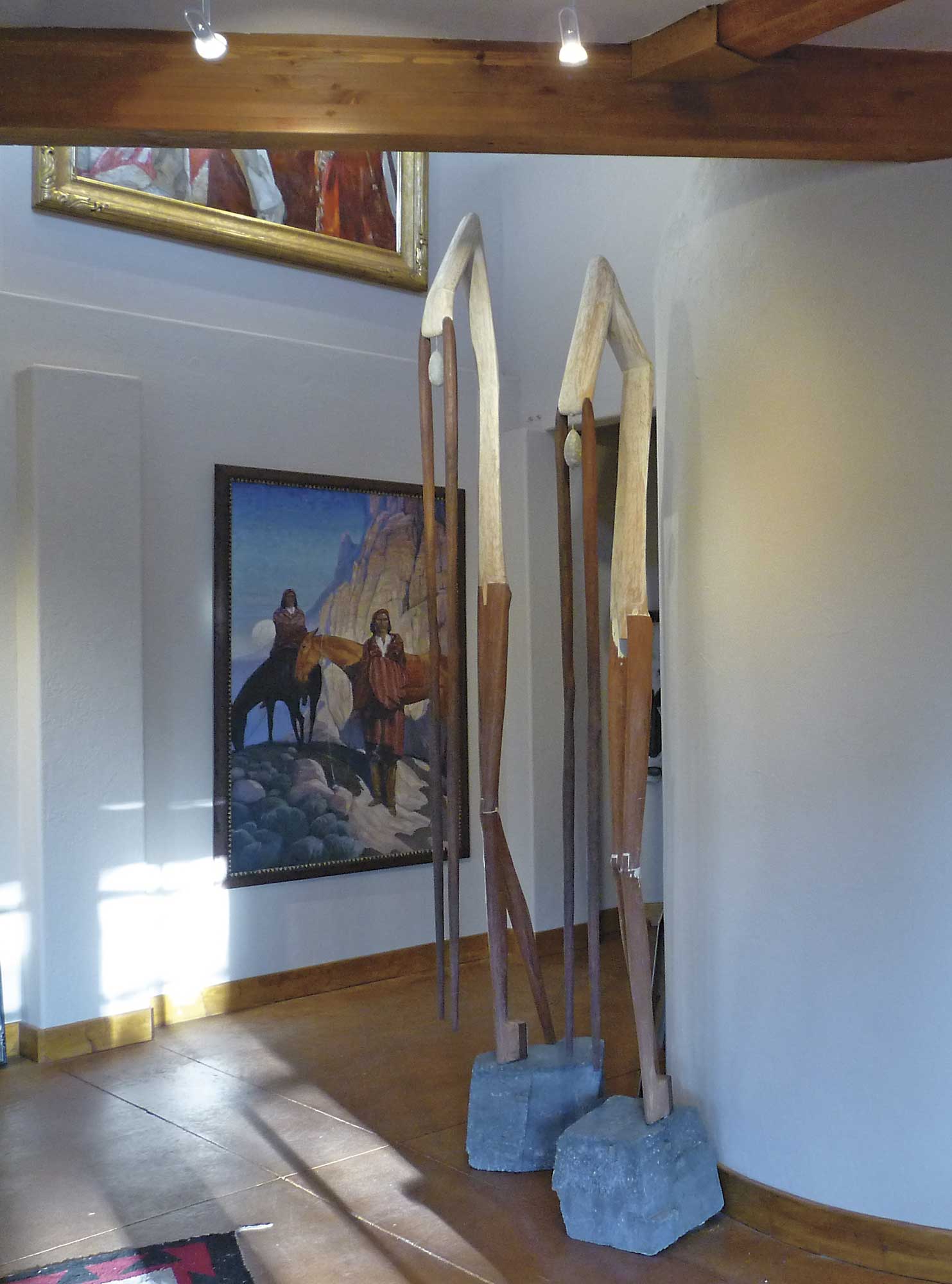 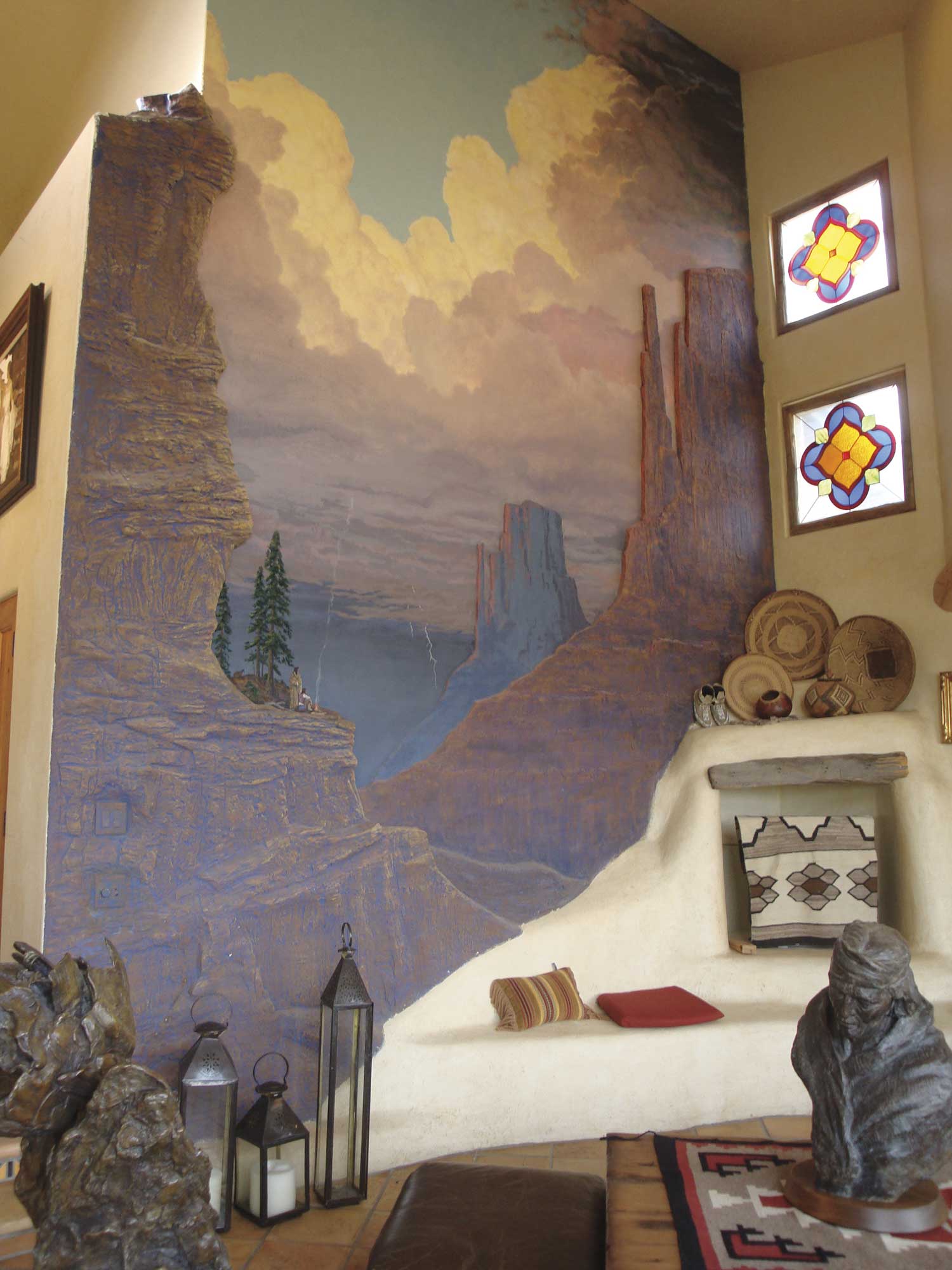 Boyce painted this mural in the main house, where he lives with his wife, Kathleen. Photo: Elisabeth Korb