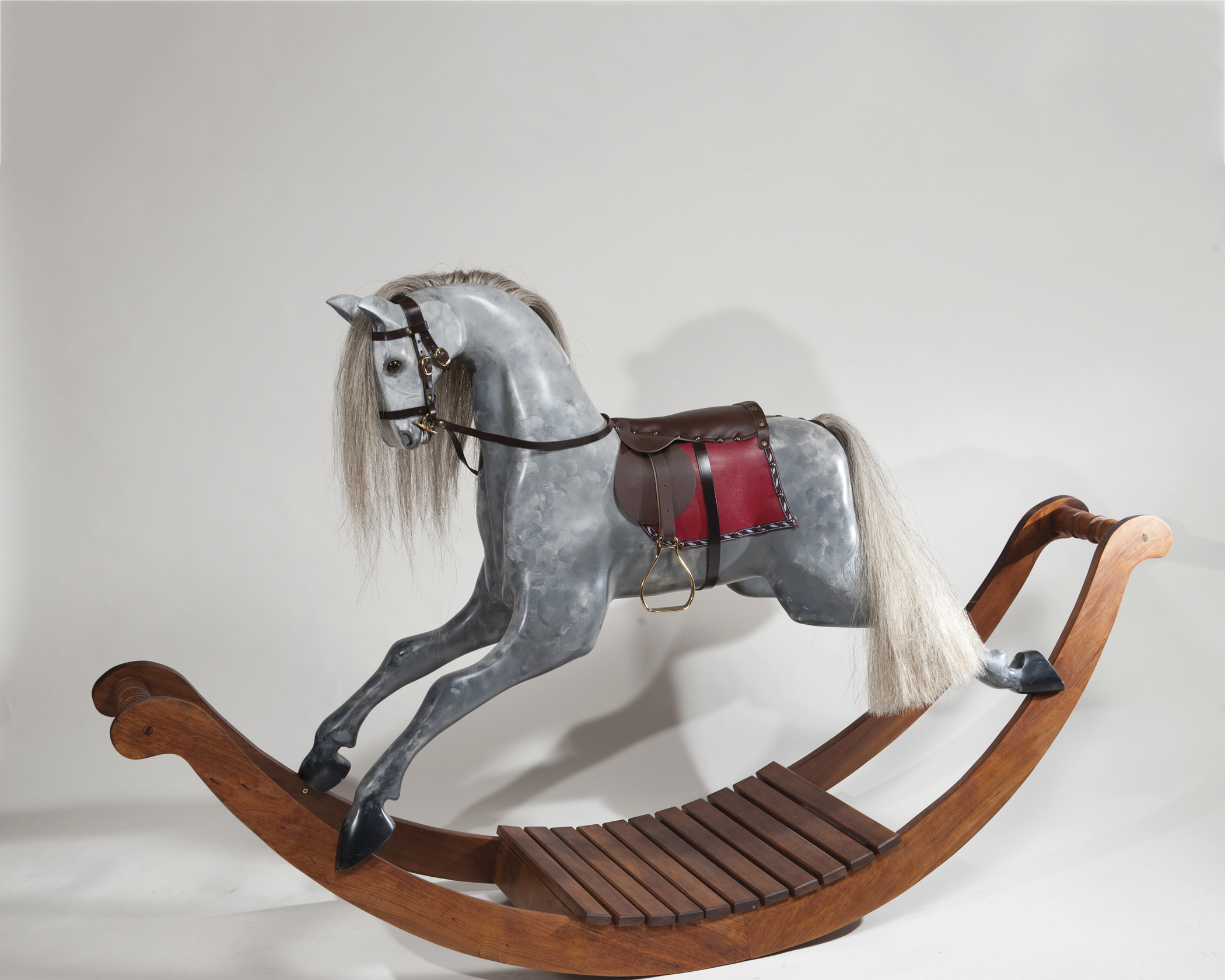 09 Jun Ones to Watch: Alan Carr

Alan Carr’s heirloom rocking horses and gliders emulate the romance of the American West with their sweeping manes, strong stature and handcrafted personalities.

Carr makes four horses a year, allowing time for attention to detail. Each horse is puzzled together from 25 pieces of wood, and initially they resemble angular renditions of the Trojan horse. Slowly their character is revealed, as Carr whittles away blocks of burly mesquite or marbled walnut during a three-month construction phase. Once the structure is established, he smoothes and shapes the horse’s muscles with rasps and sandpaper and adds subtle details by etching out a brand or birthmark in a bit of turquoise or using a clay of crushed ivory to create the blaze on a quarter horse’s forehead.

Carr creates three series of animals. His Native Texas series features horses with hand-tooled Western saddles. He also creates a Native American series with war ponies whose ornamentation varies depending on the tribe’s tradition. Some war ponies wear hand-beaded halters and war paint while others wear simple leather saddles. Carr looks for authentic photographs to help with the recreation.

In addition, his work includes a Texas Exotics series, featuring a diversity of animals, from armadillos to zebras. “I have this really great plan for a rocking jackrabbit, just high tailing it,” Carr says. “And I know at some point I must do a rocking llama so I can use llama hair.”

Carr, a retired naval pilot, created his first rocking horse in 1994 as a Christmas gift for his two small daughters. The horse was created with wood from a 200-year-old mesquite tree from his mother’s property, and it brought together more than 100 years of family history.

“I thought I was just making two horses for my daughters for Christmas and it turned into a business of its own,” he says.

His work is represented by the Artisans of Rocky Hill in Fredericksburg, Texas.       — C.M.R 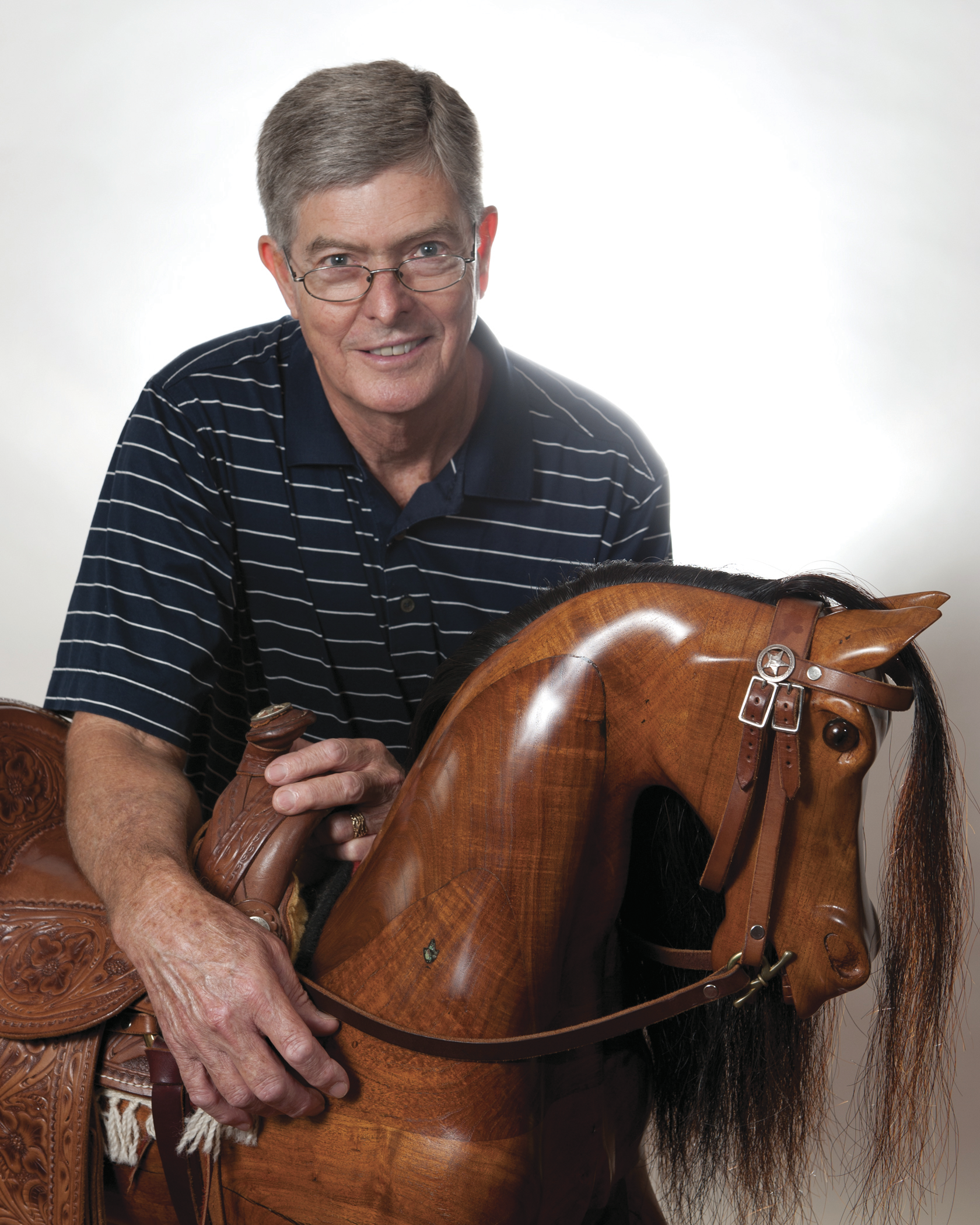 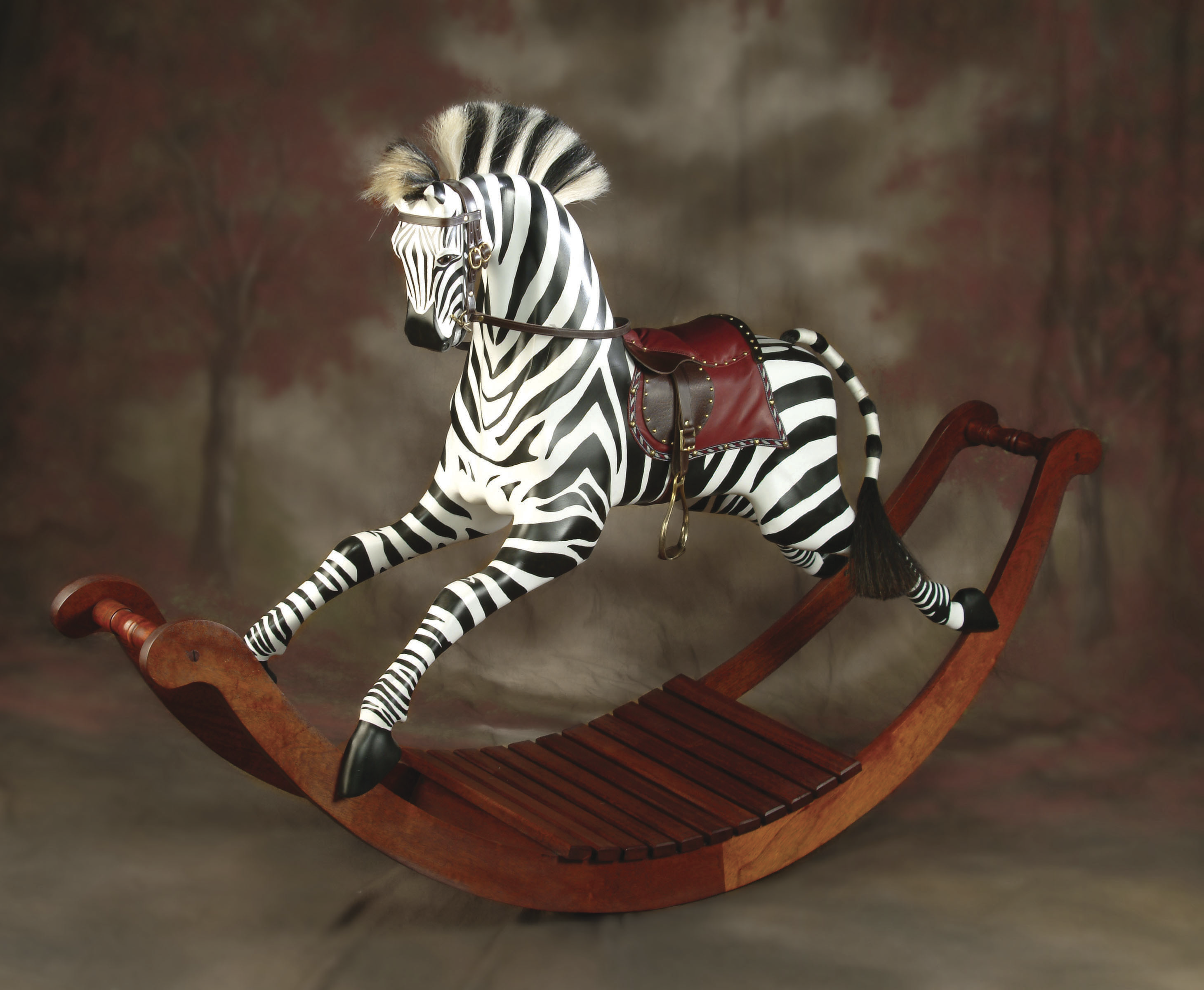 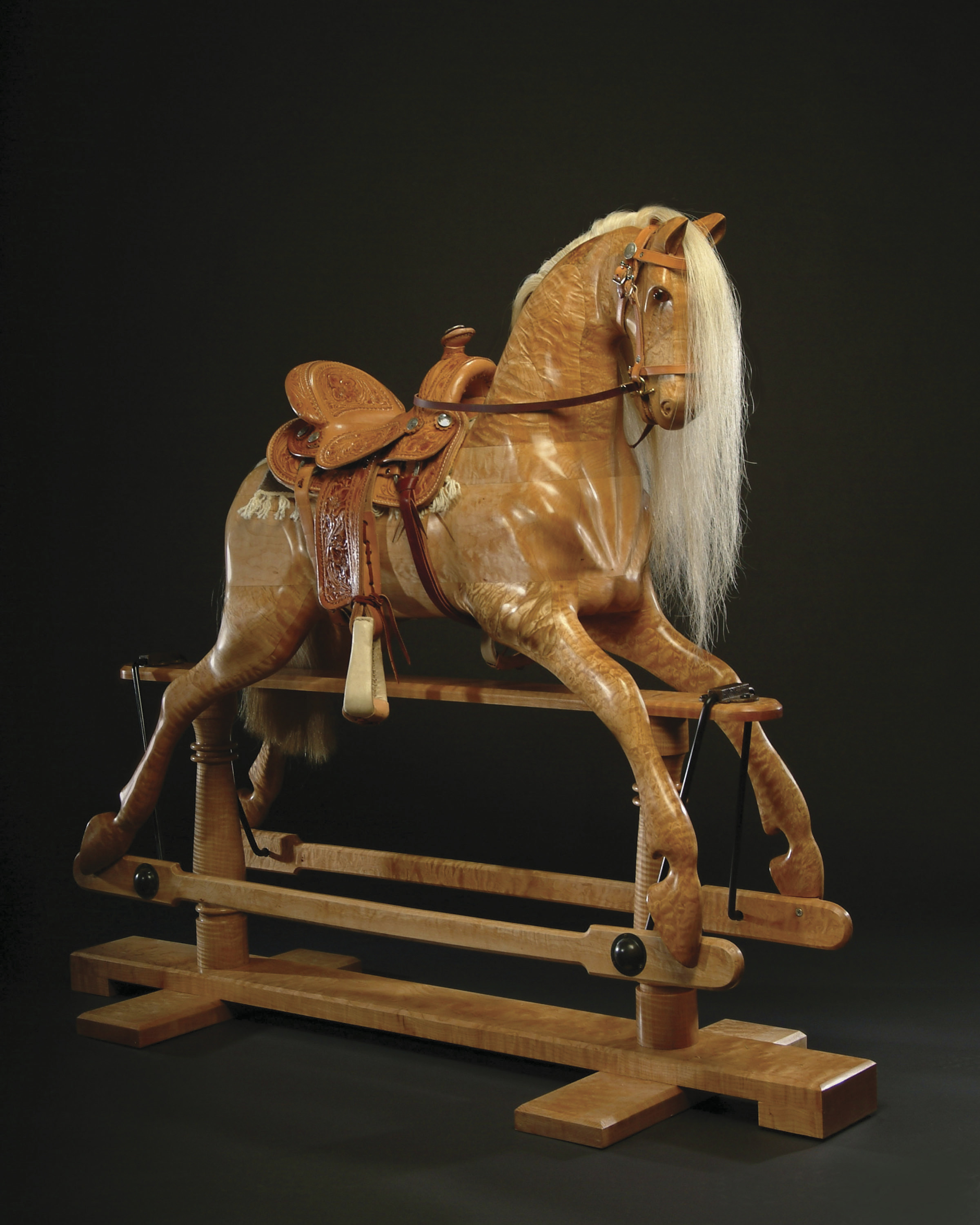