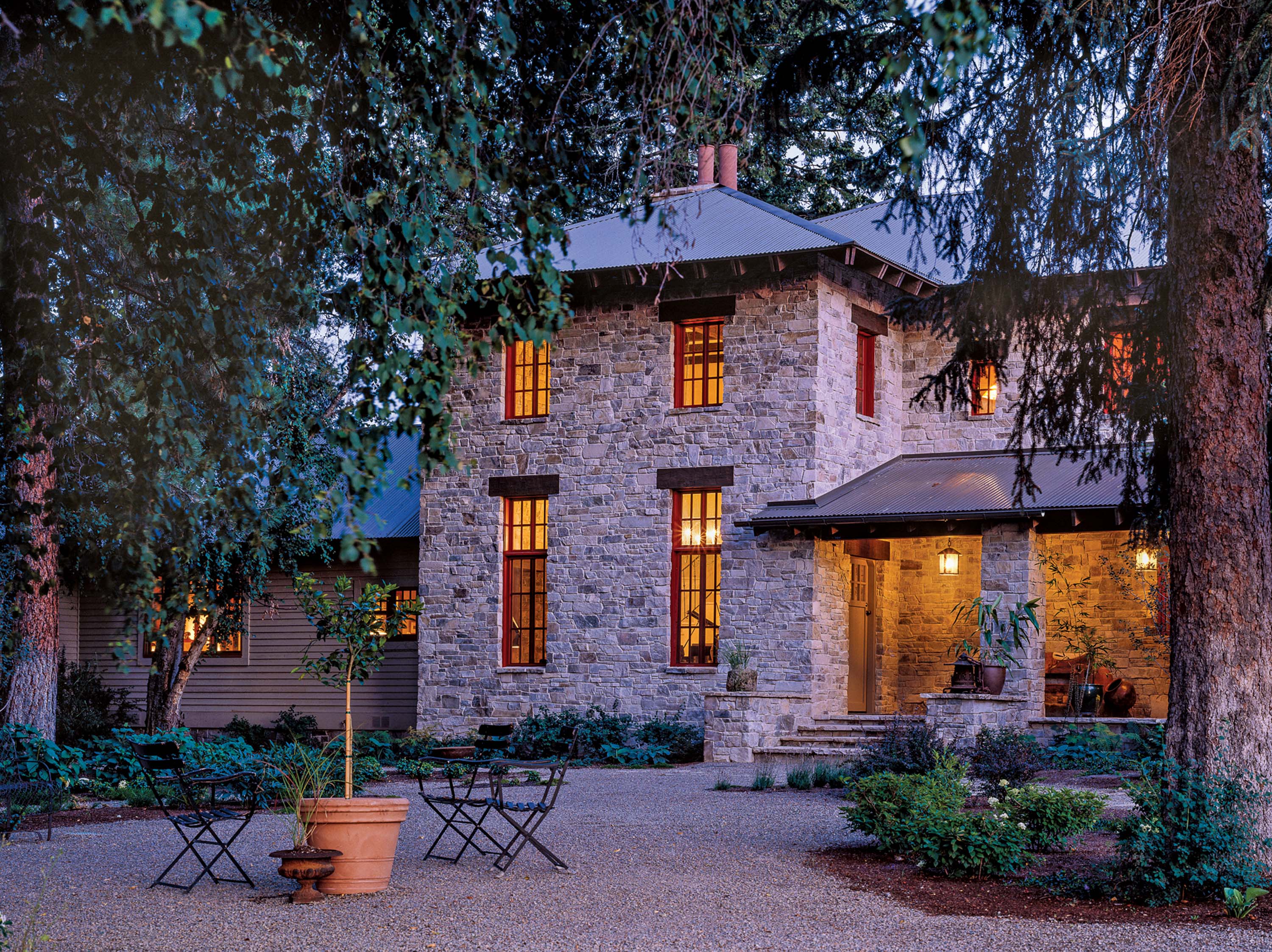 George Gibson has been an architect in Bigfork, Montana, for 20 years. He put all his experience to the test with the Swan River Serenade house, nestled between mature Douglas firs and ponderosa pines.

“We started on a beautiful property in Bigfork on the Swan River,” Gibson says. “We spent a lot of time integrating the home into the existing trees, so it looks like the house has been there for a long time.”

During construction, Gibson made sure they had an accurate survey of the lot and knew exactly where every tree was standing.

“It was very important to protect the trees and to balance the look of the house,” he says. “The trees were part of that overall design. On paper you can shift it, but once you’re on the ground it’s much harder.”

With exquisite river views and the Swan Range to the east, Gibson designed a home he calls “a mix of French Country, Napa Valley and Montana.”

The center of the house is a two-story stone building, inside and out. A 2-foot-thick Chief Cliff stone wall makes up one section.

“When we were laying up the stone my client didn’t like the look of new stone,” he says. “She insisted we not clean it up, so it looks very natural.”

The main portion of the home appears as if it’s been there for a long time. The other parts were made to look like additions, even though they were built at the same time.

“They’re more modern in style with timbers and beams,” Gibson says. “The roof slopes away and there are no gable ends.”

There’s a wrap-around porch in the back, which is timbered and screened, and doors from the great room fold away so it feels like one big room. A wood-framed master suite wing to the north contains a master bedroom, an anteroom and a Japanese-style bathroom with wood plank floors, vaulted ceilings, a chandelier and modern plumbing fixtures. The garage is also wood-framed and includes a mudroom, an art studio, a separate staircase and a balcony overlooking the river.

The main house foyer opens up to a spiral staircase with limestone treads and a curved iron railing.

“It’s the smoothest stone I’ve ever felt… like a baby’s skin,” Gibson says. “The foyer is designed as a music room. The husband plays the fiddle and he performs halfway up the stairs. We have speakers hidden in the window seats so five or six people can be there for an intimate concert. And the acoustics are very good.”

Thanks to the owners’ individual tastes, the house has an eclectic feel.

“It’s amazing how they fit together so nicely,” Gibson says. “They had a temple entrance from Bali, so we integrated that into the kitchen-pantry area. It includes a threshold so you have to step over it to get into the room.”

The upstairs includes a library with painted woodwork, a built-in stone fireplace, a balcony overlooking the river, two bedrooms and a bath.

“The biggest challenge was the site, working the trees into the landscape,” Gibson says. “And we went through many options for design before we landed on this one. When you have a great client and you work together, the result is a house that grows out of that relationship. The challenge is always pushing the limits.”

Every detail added to the European style of the main house.

“The windows are not your typical off-the-shelf windows but custom-made mahogany French casement windows,” Gibson says. “We even angled the stone walls so the windows would be received when opened. It’s the proportion and the style — it’s all in the details. These windows make you feel like you’re in a European house.”

Even the corners were carefully considered, as were the chimney pots.

“I believe I’m designing homes for my clients, not for myself,” Gibson says. “I try to get to know my clients and find out what they’re looking for — one thing isn’t right or wrong. It’s keying onto a good concept and then keying in on that. The rest goes along with it. That way it’s easier to make those decisions along the way. I also try to design for the landscape. In Montana every site is unique and beautiful whether it’s a river, lake, mountain view or a ranch, the sites are so unique. It’s important to take advantage of it.” 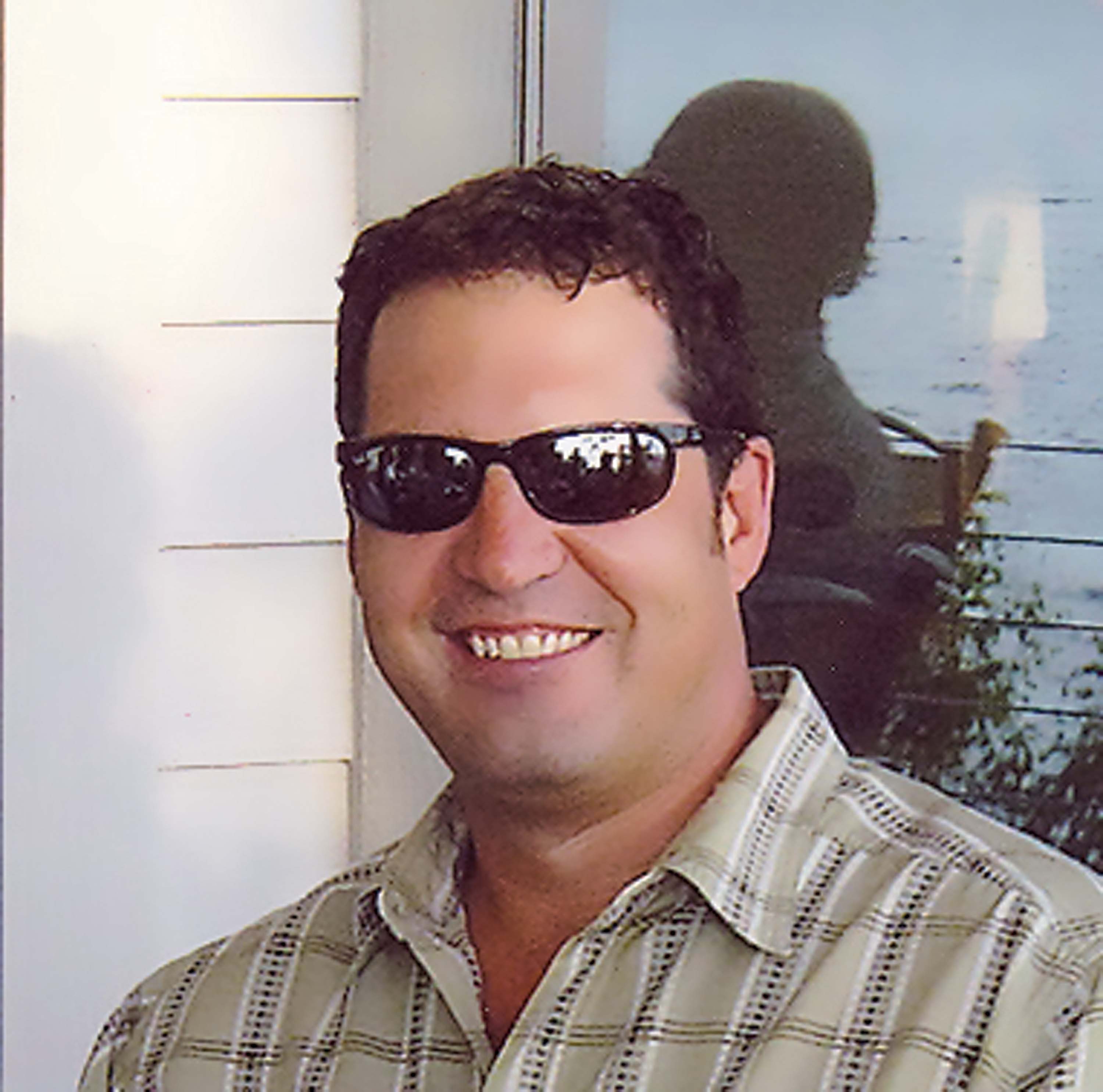 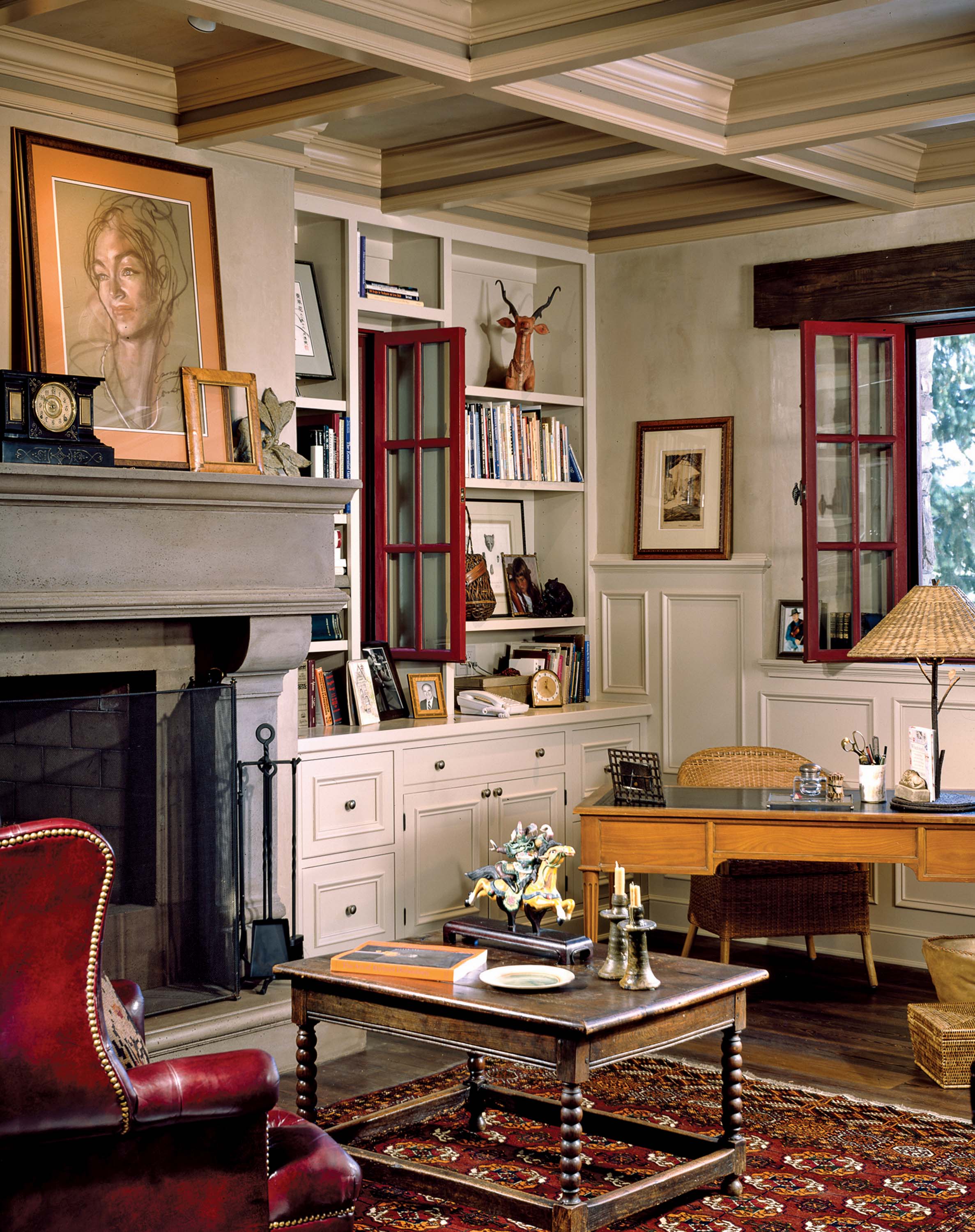 Casement windows were specially fitted to give the house an authentic European feel. 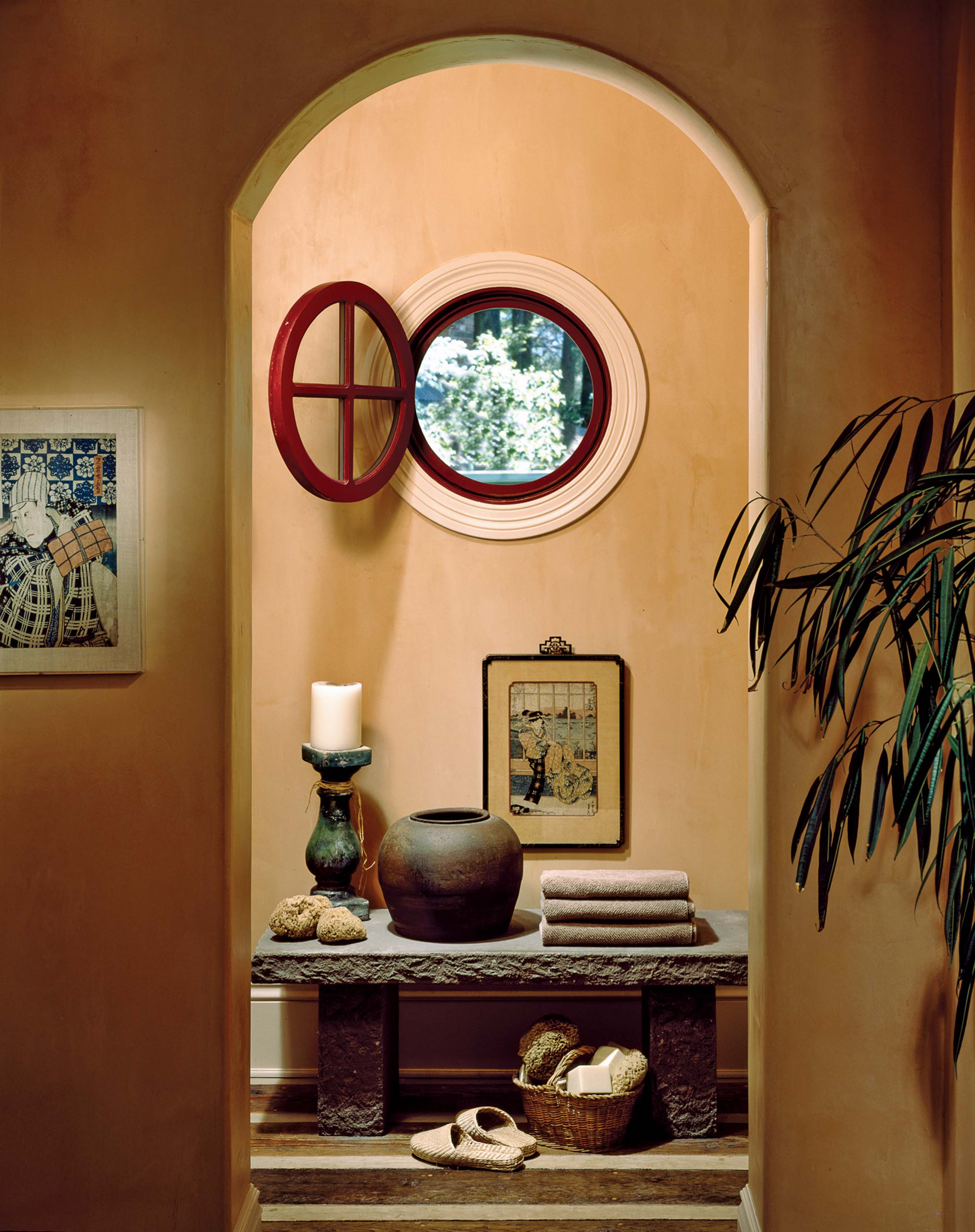 A look through the arched doorway to the portal window is indicative of the eclectic design elements in this swan Valley residence.