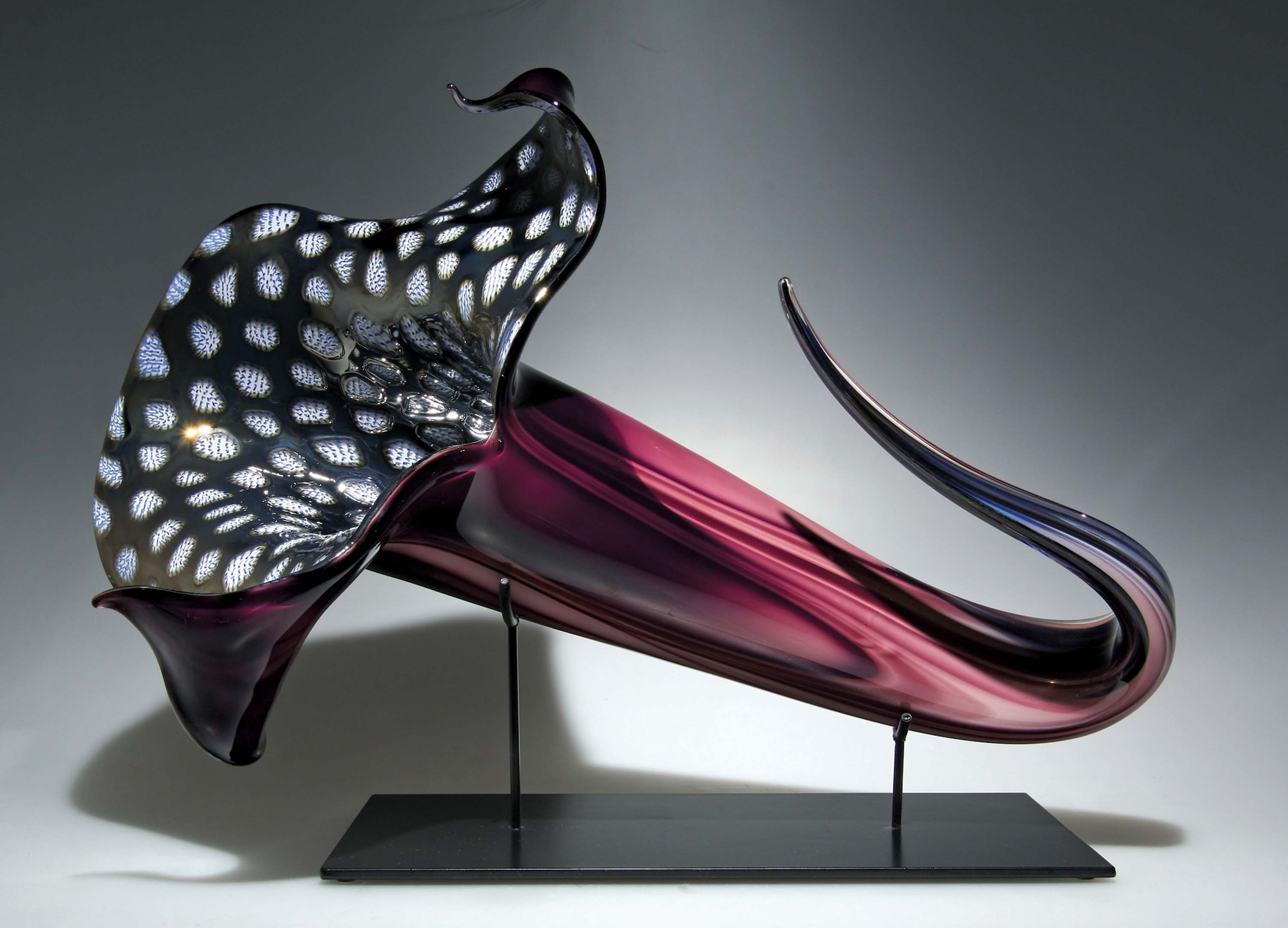 In a process invented thousands of years ago by the ancient Egyptians and adopted by the Italians, glass artist David Patchen practices the murine style of glass patterning and makes it his own.

Murine uses cross sections of patterns, developed by first layering various colors into differing configurations then pulling the hot glass into rods. After they’ve been cooled those rods are sliced into circles that are then used to create unique arrangements.

“That technique is the basis of all my work and the way I get all my designs, by creating those patterned rods,” Patchen says. “It’s like a sushi roll, when you cut them into cross sections.”

It’s a precise and labor-intensive process, which is exactly why it’s so rare to see this type of glasswork.

“Working with glass is paradoxical, counter-intuitive,” Patchen says. “As a beginner there are things you think you understand but you don’t, so it can take years to get good at it.”

For example, merely understanding heat can take thousands of hours in front of the forge-like oven.

“In the beginning you spend a lot of time working at the shape of things, setting the glass on the pipe so the shape is perfect, but you need to focus on the heat because the heat dictates the shape. Unless you understand the heat, and not the shape, you’re going to fail over and over again.”

Heat is very subtle to learn, and can only be detected by the way the glass moves.

“It’s hard to determine the temperature by way of color,” Patchen says. “It’s the way it moves — you have to understand the language of glass — as to where it’s hot and how to move it and stretch it.”

Patchen’s new work centers on the Bloom series, which plays with the idea that beauty hides on the inside, exposing exquisite things within an unassuming exterior.

“I’m not a representational artist,” he says. “I really experiment with a shape I like and keep tweaking it. That’s how I eventually arrived at where Bloom is today. I collect orchids. Crazy stuff happens when one blooms. But I’m also intrigued by geodes — they are a boring rock with something precious inside.”

The Bloom series, an organic statement that references everything from flowers to sea creatures, reaches beyond its shape.

“I want it to be a little strange; it kind of looks like something but not really,” Patchen says. “Initially, I was focused on the contrast — make the outside drab and the inside intricate and as colorful as possible. Now I’ve evolved to complement the interior with the exterior. They’re fun to design. What it is on the outside and what that [inside] reveals.”

Patchen’s work resides in several collections including Seto City Art Museum in Seto, Japan; the Polk Museum of Art in Lakeland, Florida; the Ritz-Carlton in Hong Kong; and the Peninsula Hotel in Paris.

He is represented by galleries in the United States and abroad, including ArtForte in Seattle, Washington; District Gallery in Park City, Utah; and Tansey Contemporary in Santa Fe, New Mexico. 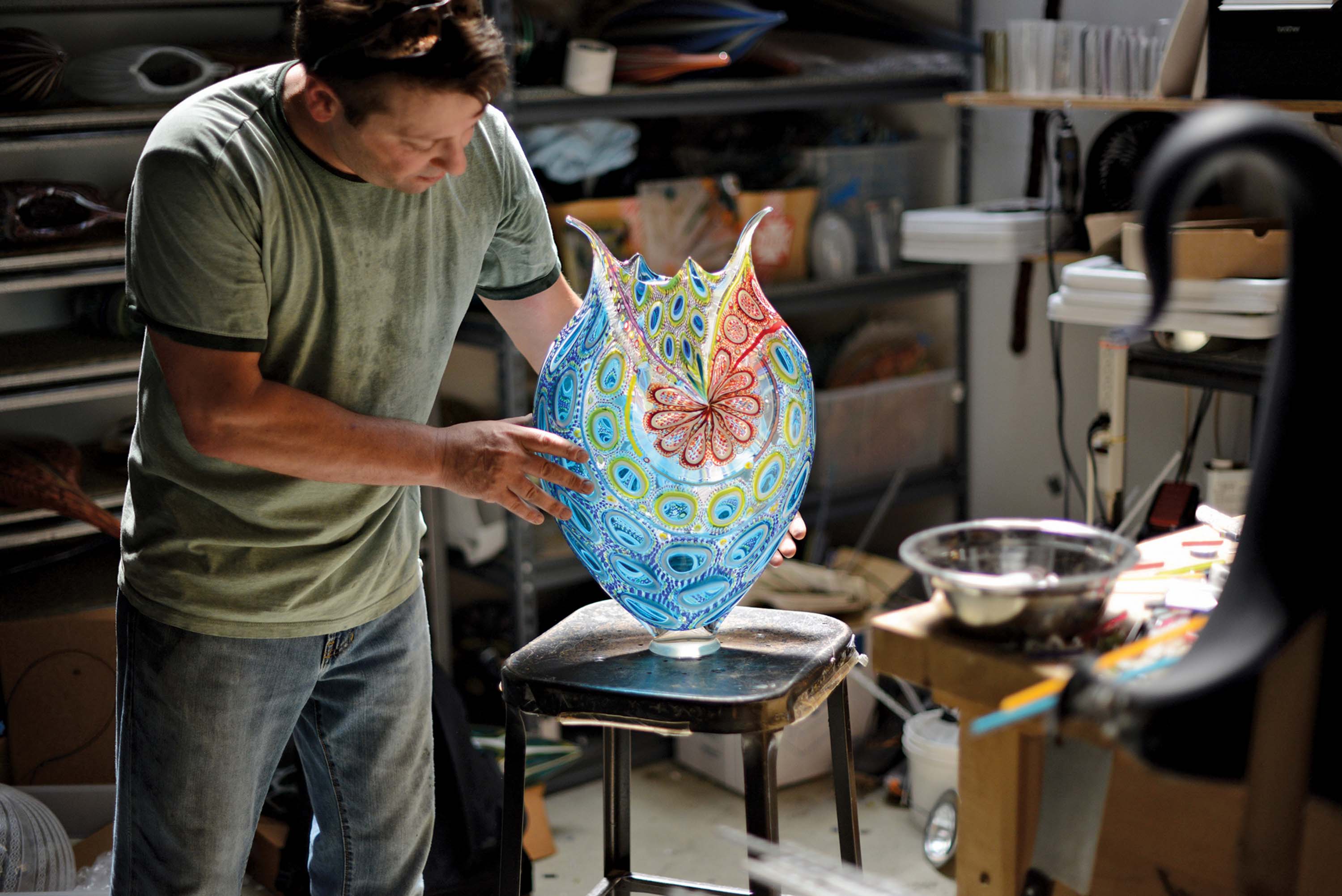 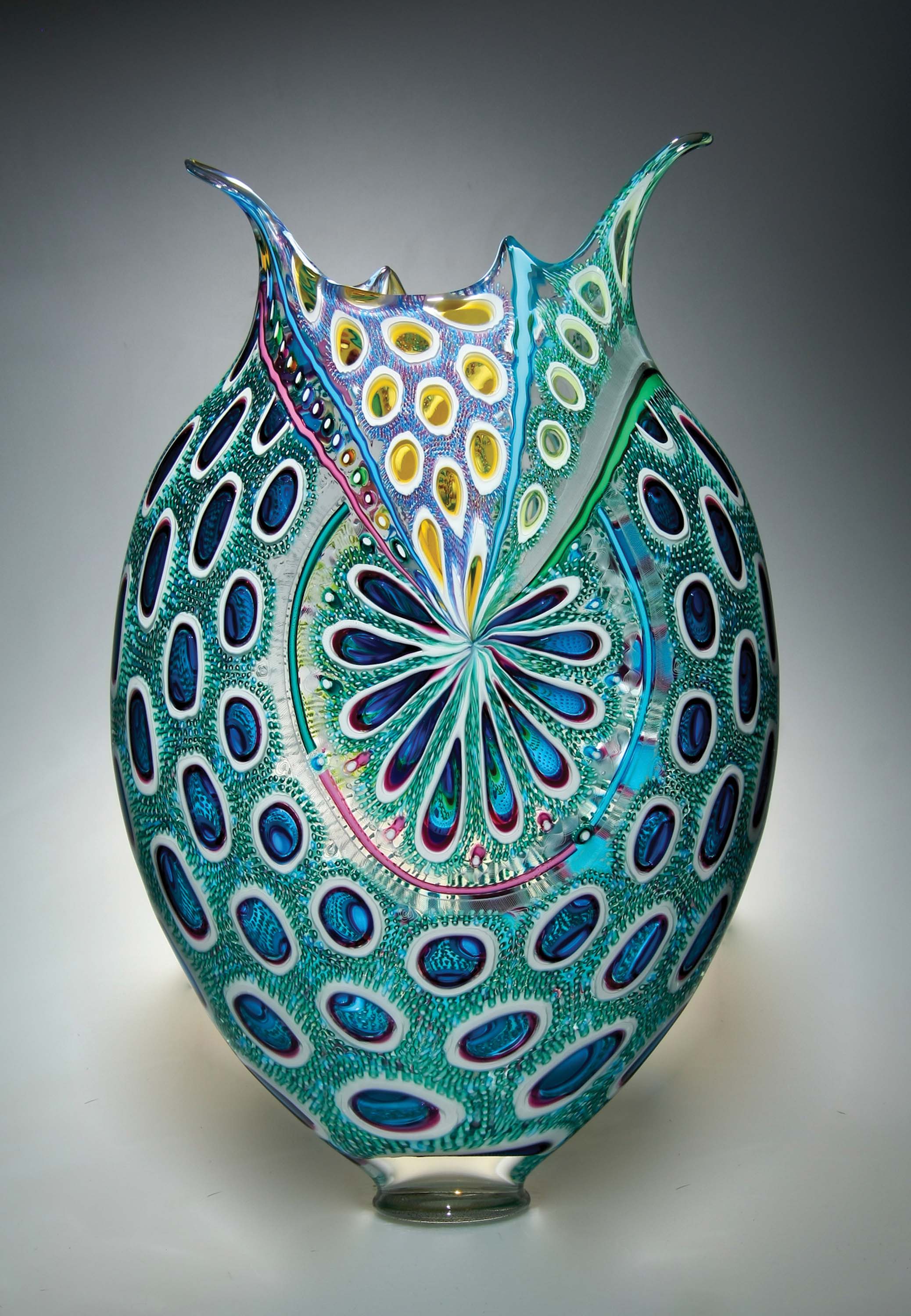