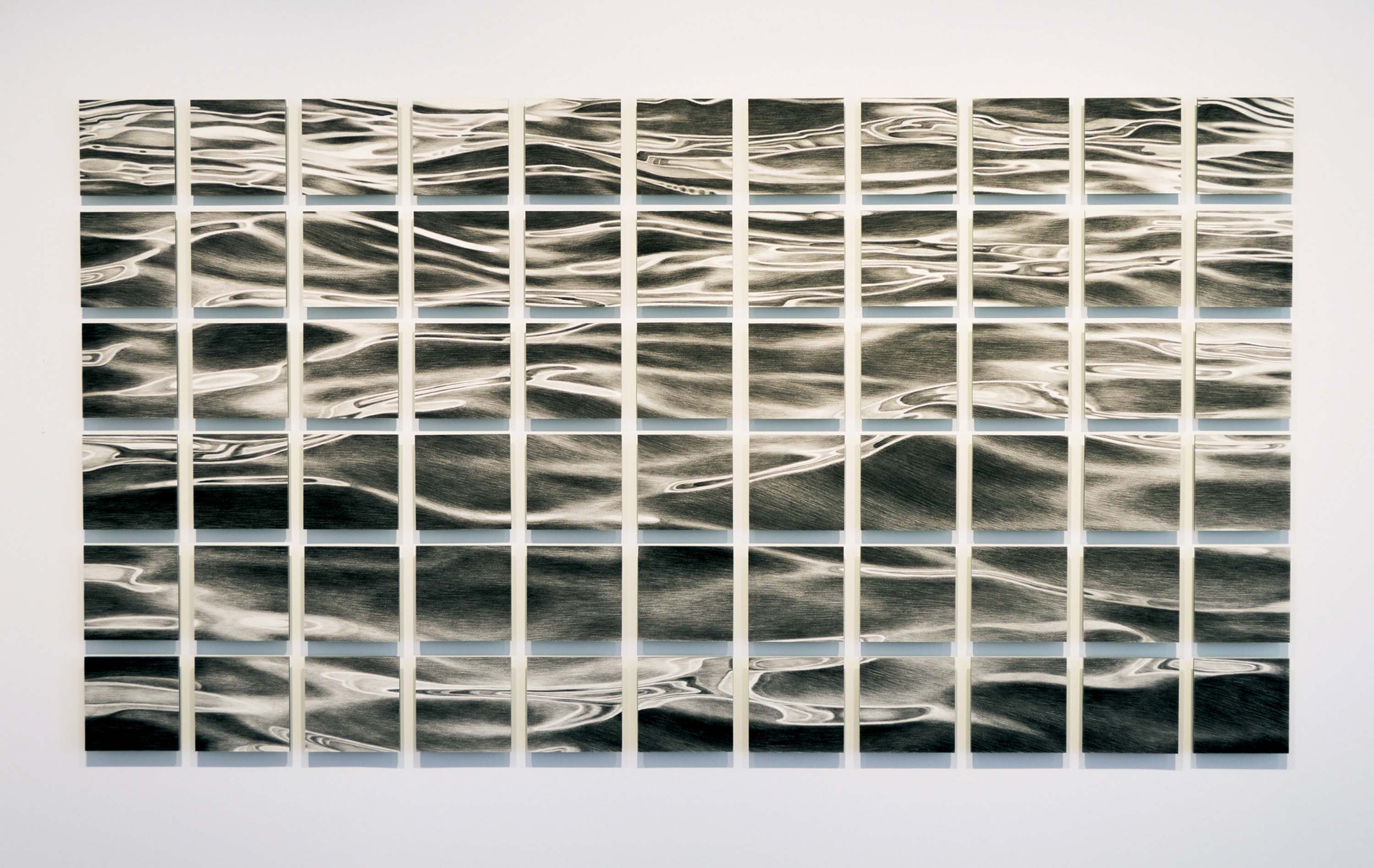 Ralph Wiegmann’s paintings fly across the architecturally conceived visual landscape. With time at the wheel, we drive with him down the endless roads of the West, a seamless horizon broken up by power poles, snagged on broken fence lines. Or we stand with him in that moment of creating — exploding, cracked, clenched, free and unconstricted.

“Through years of working, the thing that ties all my paintings together is the depiction of rhythmic and pattern based work,” Wiegmann says. “By working this out, I learned more about myself. I made a metaphoric shift and was able to verbalize my ideas.”

Working in oil and mixed media, with some of his pieces consisting of only charcoal, Wiegmann’s abstract line work conveys an organic feel. In his series of charcoal grids, he cuts one piece into rows of squares.

“It was a way of dealing with the notion of how we look at the passing of time, fleeting perception and geologic eras,” he says. “These pixelated drawings were a response to a computer design — everything is made from pixels and tones — the contrast and comparison of the whole of the image as well as each individual image.

Wiegmann plays with the idea of the whole and the fractured that exists literally in the artwork and figuratively in the world.

“If you take one thing out you ruin the whole,” he says. “It works like that in a community as well.”

His paintings, oil and mixed media, rely on our ideas of landscape.

“The viewer immediately gets a hit on how the outside world looks, the horizon, the land, the foreground to infinity — that becomes a departure point,” he says. “There is a cadence. There’s an ebb and flow, and I want to create that sense of movement.”

Once grounded in the image, the eye gravitates from foreground to background, left to right.

“There’s also a sense of geologic time,” he says. “Like crosscuts along the highway, or the strips of farmland along the horizon — that’s the slow moving time. As the bands of the sky move toward you, or how the land changes over the span of a lifetime. Then the vertical elements that rip past you.”

Standing in front of his work, you can feel time, like wind on your face and the slow sinking of earth beneath your toes.

As far as color, those are all personal choices for him.

“The graphic nature is more important,” he says. “It’s less about the color and more about the shift from dark to light.”

The other aspect of his work is the human intervention in creating the work itself. His work hums with the physical act of leaving marks on the canvas, the immersion in the moment and his response to the work. As a result, it’s in constant dialogue with the viewer.

“My work reflects the act of mark-making,” Wiegmann says. “Every artist does that, but for me it’s a conscious thing. I’m really thinking about that language of physically putting the paint on the canvas, or the lines of charcoal. It’s a direct visual residue of the energy I put into the painting.” 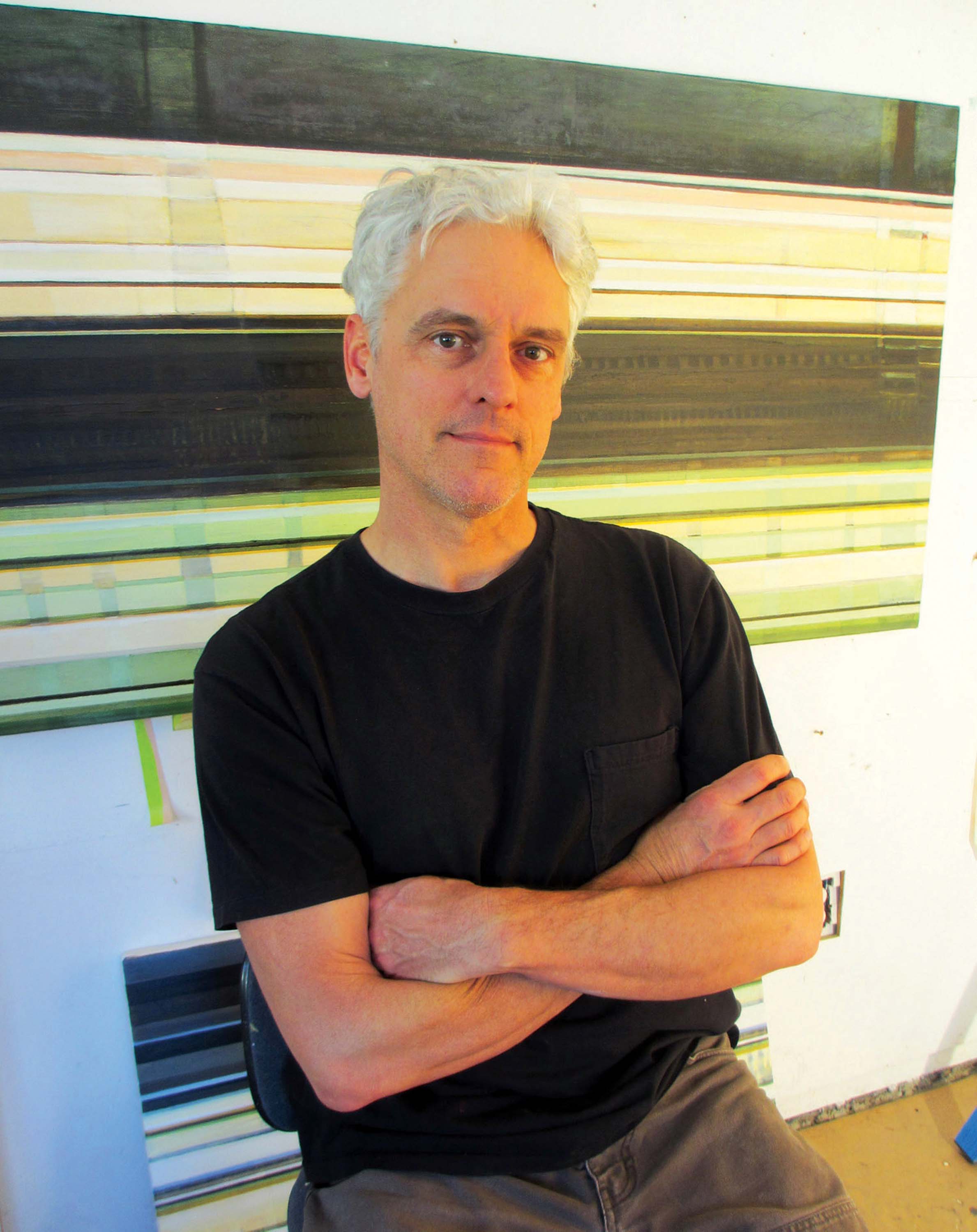 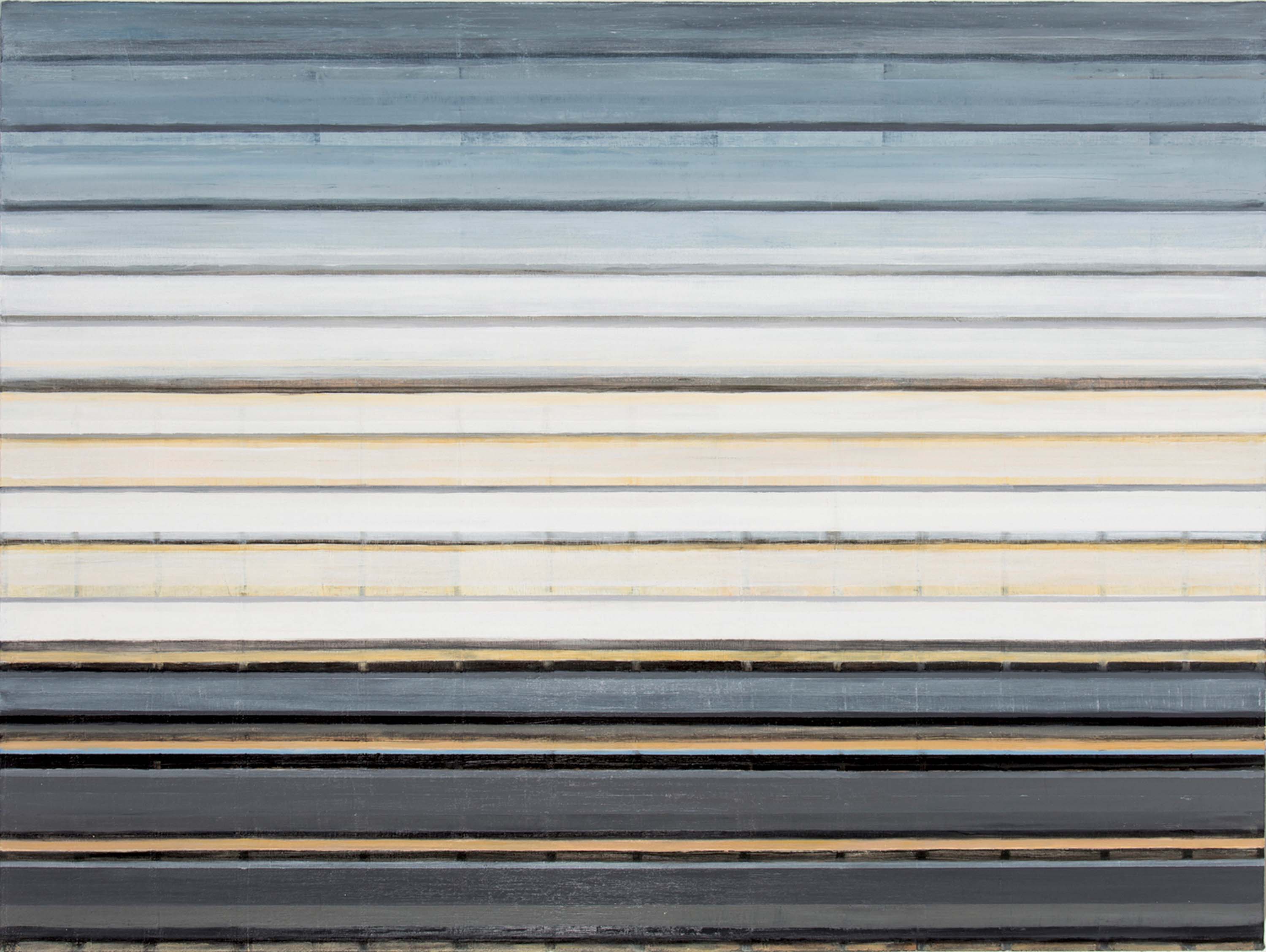