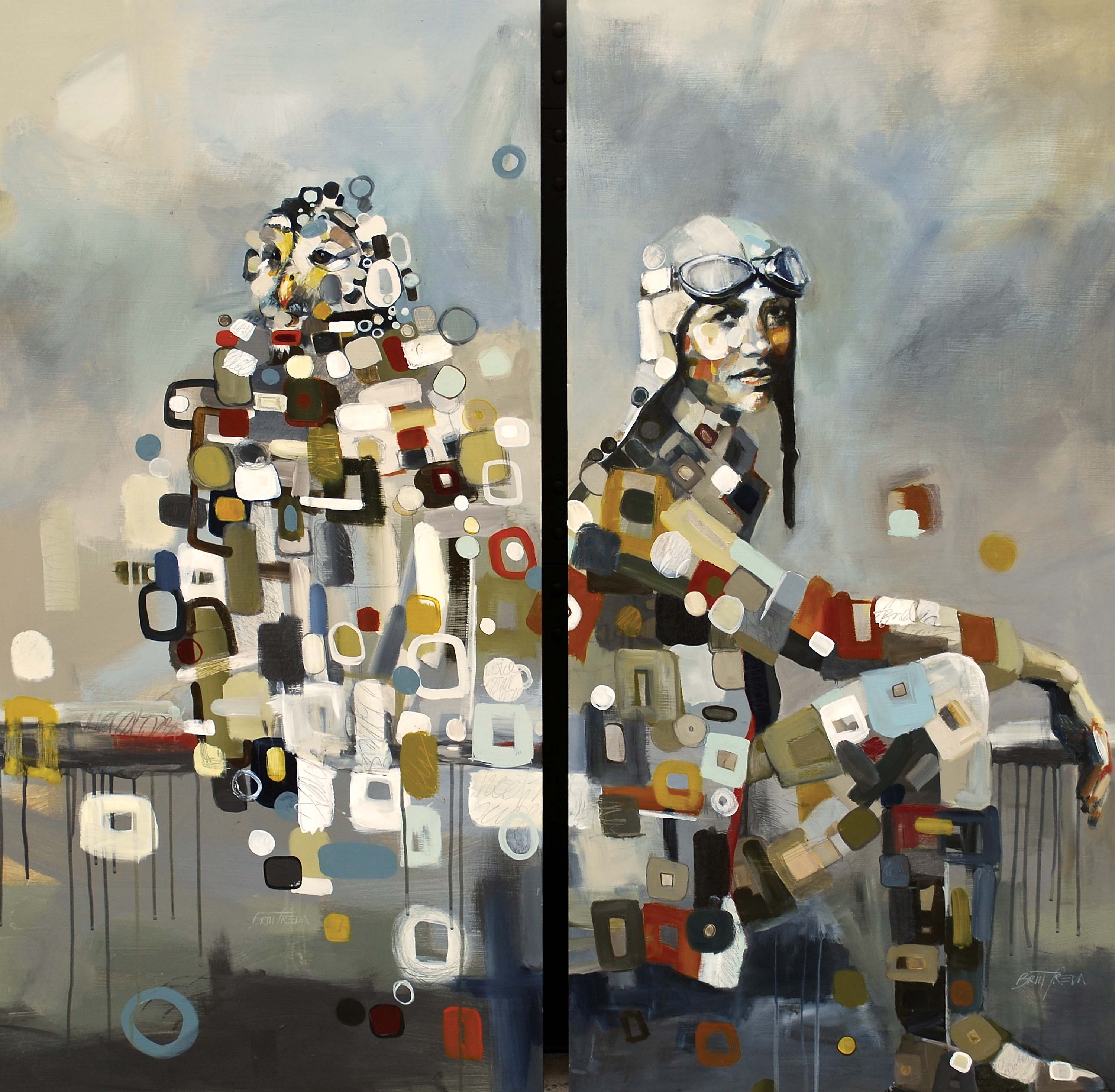 06 Mar Ones to Watch: Britt Freda

For painter Britt Freda there is as much underneath the painting as there is on the surface. Like all that has passed — people, places and things, descending below our feet, our consciousness, our daily lives — eventually ascends, sometimes subtly, sometimes not, into the light. So the charts that guide us through Freda’s work ask us to travel not only the roads we see but the ones we’ve lost along the way.

“The most current body of work is called Reveal, which refers to my interest in layers and the uncovering of layers,” Freda says. “Things are revealed by proximity, information and stories. Some have collage elements of written notes.”

More than a few have actual maps, but a number of them include artwork by her children, 8 and 6 years old.

“I came across some drawings they worked on while they were in the studio with me,” she says. “It gives the piece that element of discovery and surprise in the understructure of the painting. I do thin layers and leave small keyhole pockets, so people can look into them.”

On the other side of the spectrum, she uses materials such as gold leaf.

“In the children’s drawings and pieces of notes, there is a scrap element, but the use of gold leaf seems very precious and that is incorporated in the layers as well,” Freda says. “I include things that are highly valued and things that are easily tossed away.”

One of the concepts she’s played with for a long time is the idea of imagery dissolving, where the subject matter falls apart visually. By using a subject that is almost too familiar she can turn its value on its head.

Take for example her use of chicken images. “Chickens exist everywhere and I want to make it feel really different,” Freda says. “I want it to fall apart and become abstract until it turns into color and form that come together to create an idea.”

By taking on themes and subjects that are recognizable, the paintings become easily approachable, but the longer you spend with them, the more questions will be illuminated.

“You go in thinking that you know what’s going on, but the longer you stay with the piece, my hope is that the preconceived notions dissolve and unravel,” Freda says. “Only then it becomes something very different from what was preconceived.”

Freda also has worked on a series of bees.

“They’re ancient in their visual imagery, but it’s a very relevant topic for what’s happening in the world: colony collapse disorder and that cost to the environment,” Freda says. “It’s healthy to question things. In painting them it was not my intention to state my position but I hope it evokes a remembrance. Honey, sweetness, flowers. What happens in the world because of them.”

Britt Freda won the 2013 Trustees Award for the National Museum of Wildlife Art, in Jackson, Wyoming, as well as the People’s Choice Award. And now the painting, Luminous Barn, is installed at the museum as part of its permanent collection. Her show, Environmental Impact, curated by David Wagner, is traveling around the country through 2015. 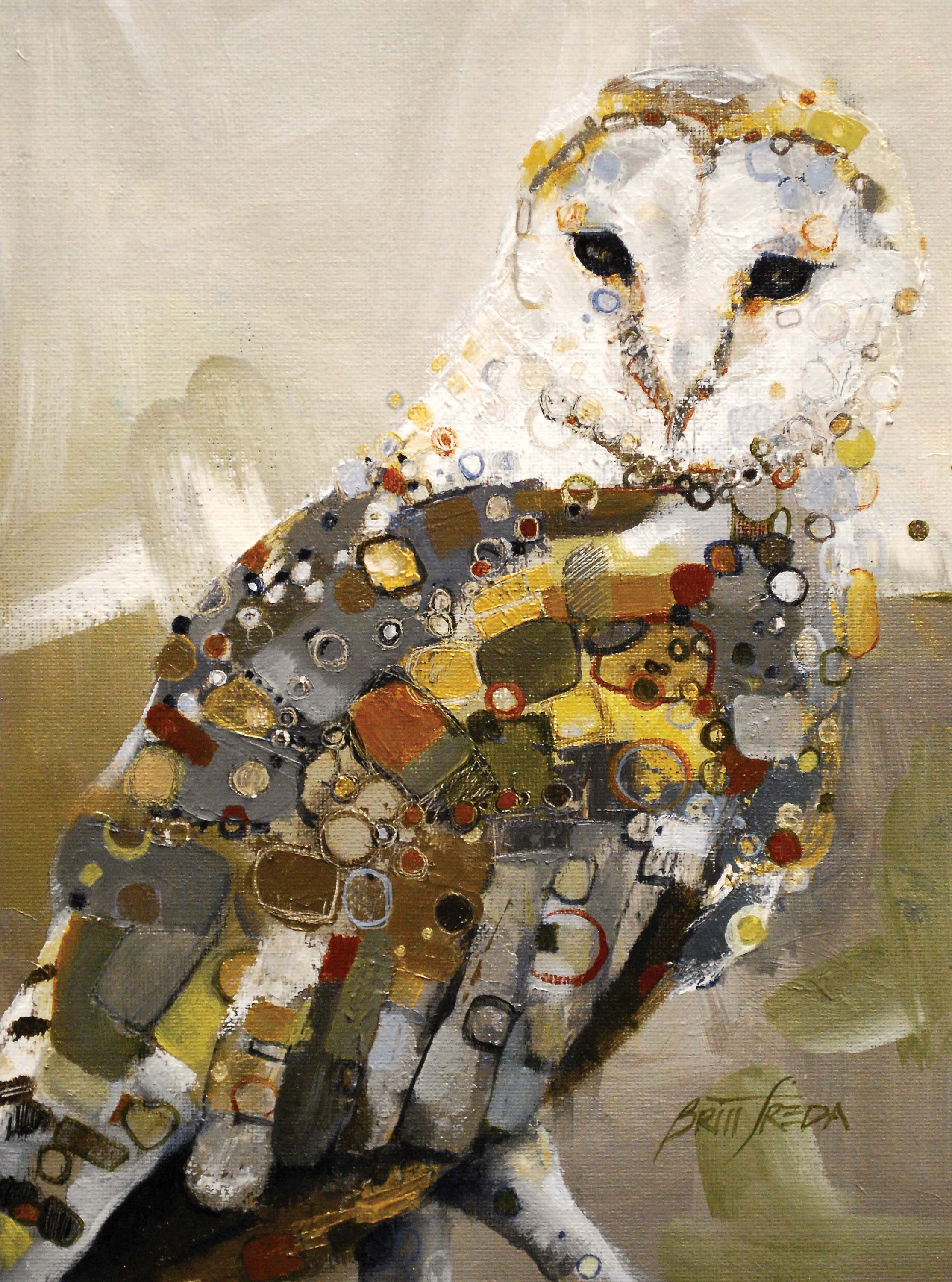 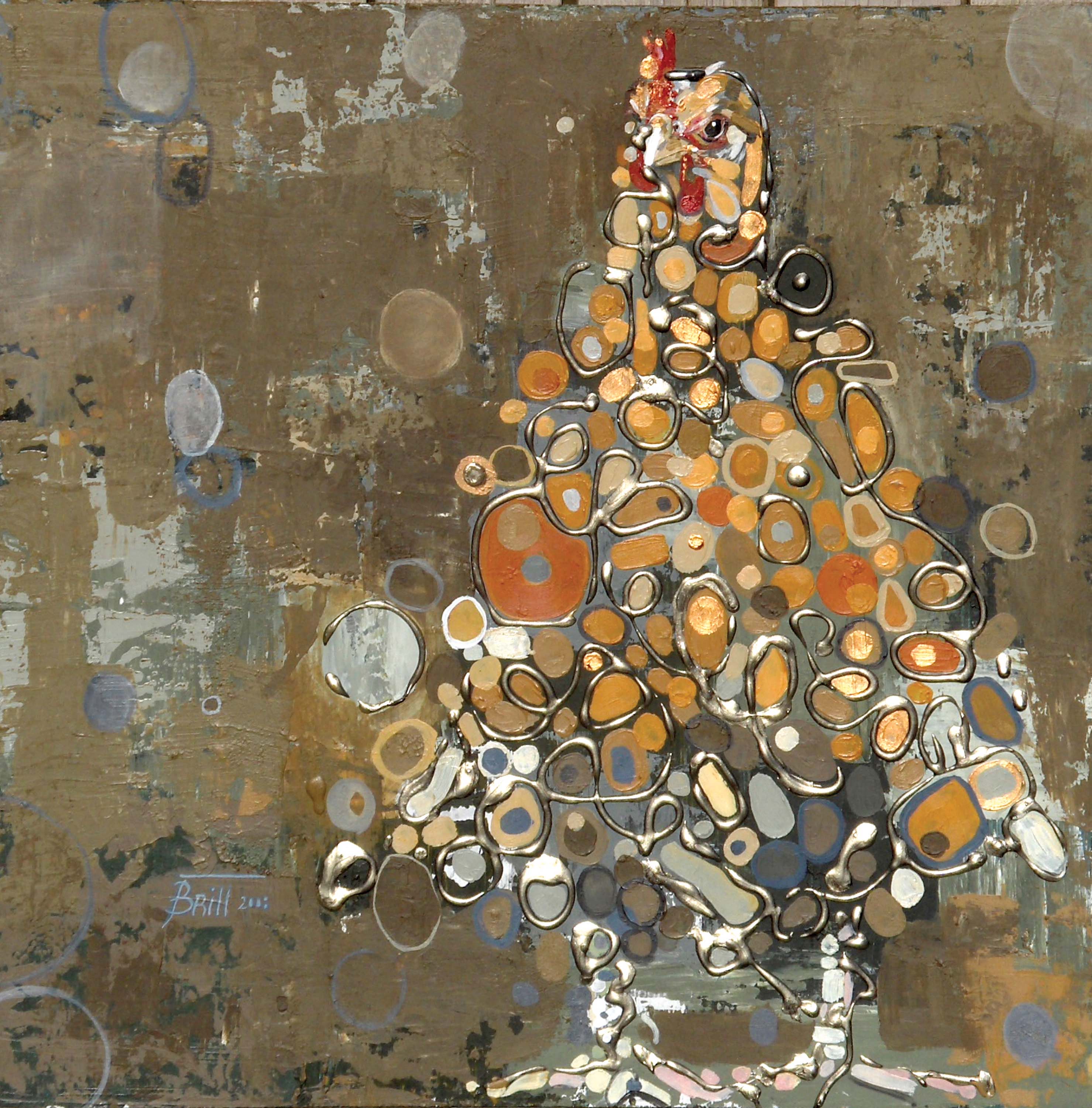 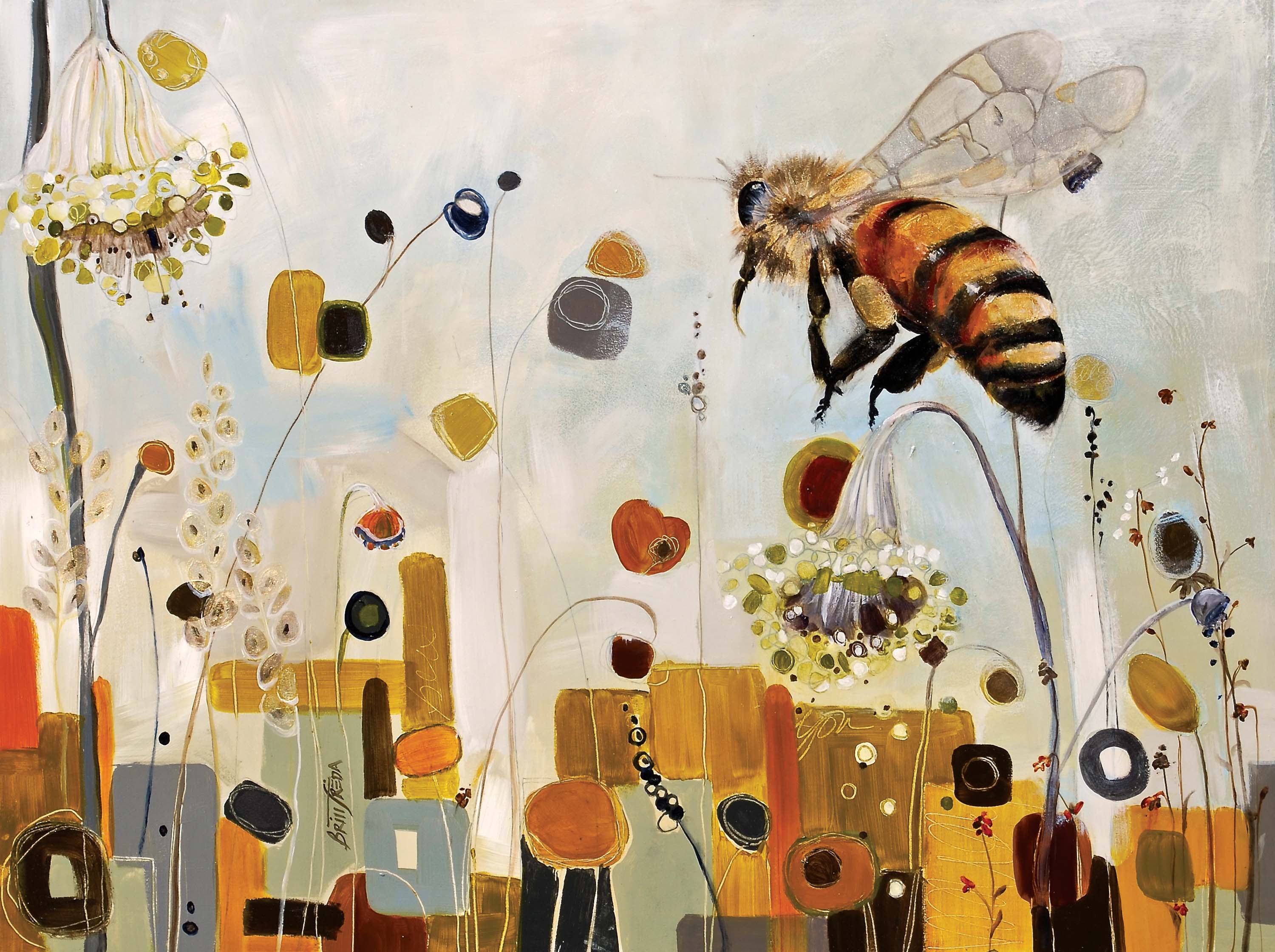