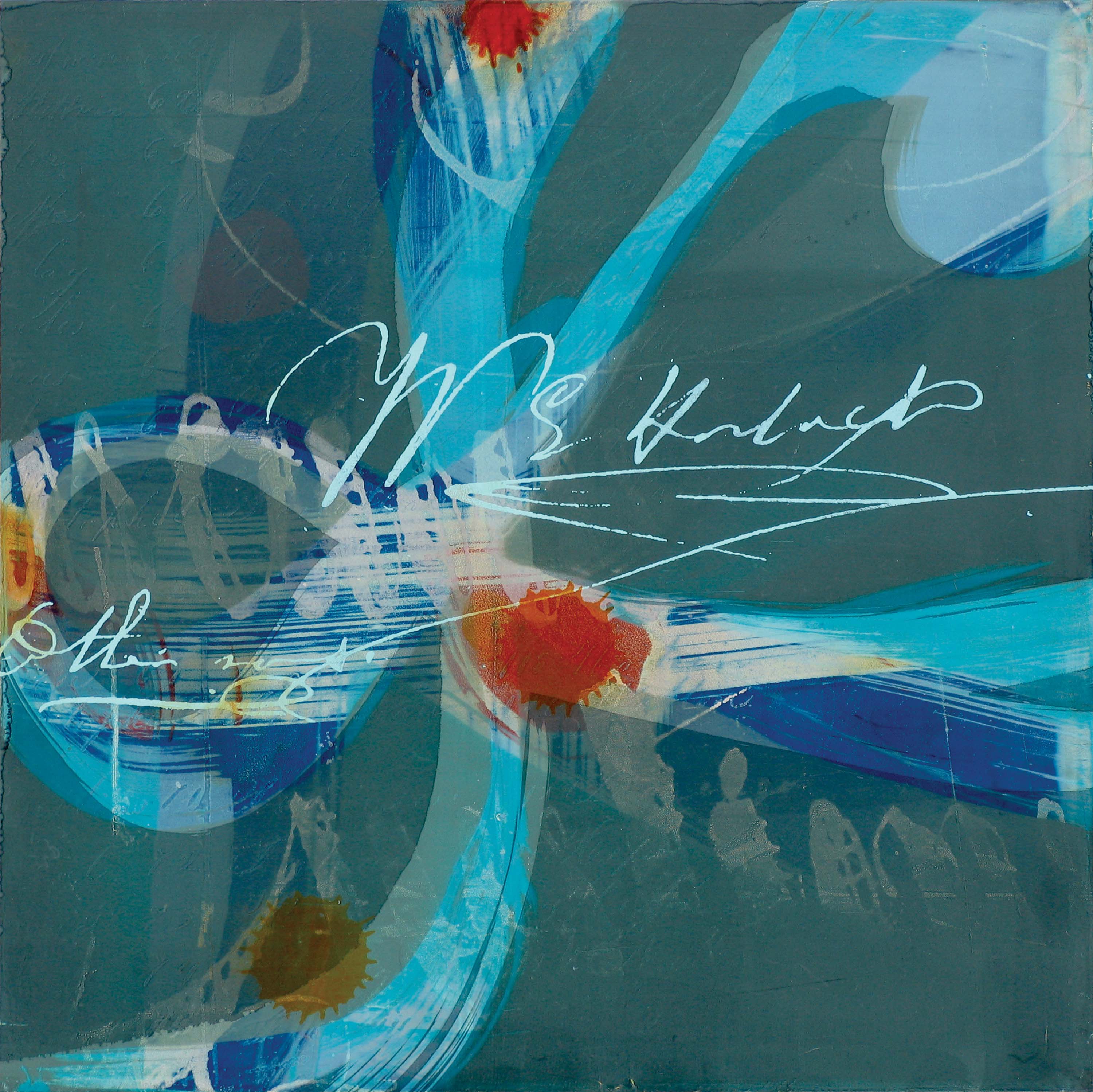 01 Feb Ones to Watch: Catherine Courtenaye

Through free flowing, broadly laid brushstrokes and tightly penned handwriting taken from original Victorian-era documents, painter Catherine Courtenaye conveys a sense of transmission, an opening to the quiet and chaotic boundaries of what it means to be human in our society. History felt, not just seen, not just read about, Courtenaye brings with her a modern approach and deep respect for the constraints of the past.

After many years of working as an artist, her attention was caught by American penmanship and the trace marks found in the margins of 19th-century ledgers and work-books.

“I felt those little trace-marks, made from steel-nibbed pens, were a real connection to where we came from,” Countenaye says. “It also connects to my interest in line and composition and how those marks sit on a page, analogous to a large canvas.”

Courtenaye works in layers, starting with roller-thin applications of color and transparency transfers of hand-writing taken from original sources. Her process of painting in layers lends itself to creating a different, but relevant history in the studio. She then works each detail until she feels something emerging, something blended, something complete.

These fragments of texts also form a comparative narrative to its contrast within 19th-century society.

“It was a time when there were so many rules and conventions followed, in some ways they were comforting and in other ways very restricting,” Courtenaye says. “Victorians were inclined to break the rules, you can see it in their doodles and stray marks on pages. There’s a lot of flourishing in Victorian penmanship, an excessiveness that comes out. I’m interested in the conflict between rules and regulations and excessive flourish and expression.”

Recently, Courtenaye has become more conscious of the relationship between her own brushstrokes and those of her historic works.

“I’ve been thinking about the way the paint is loaded onto the canvas, the relationship between hand-making these tiny intimate handwriting gestures, versus painting in the studio where everything is done with the whole body — there’s a blowing up of scale,” she says. “I’ve pushed that relationship between the texture of the transferred marks and the gestures of my brushstrokes.”

Her work is collected publicly and privately, both in the States and abroad, including Bank of America, Boise Art Museum, Fine Arts Museums of San Francisco and the Oakland Museum of California. She is represented by Modernism, Inc., San Francisco, California; Stremmel Gallery, Reno, Nevada; and Gallatin River Gallery, Big Sky, Montana. 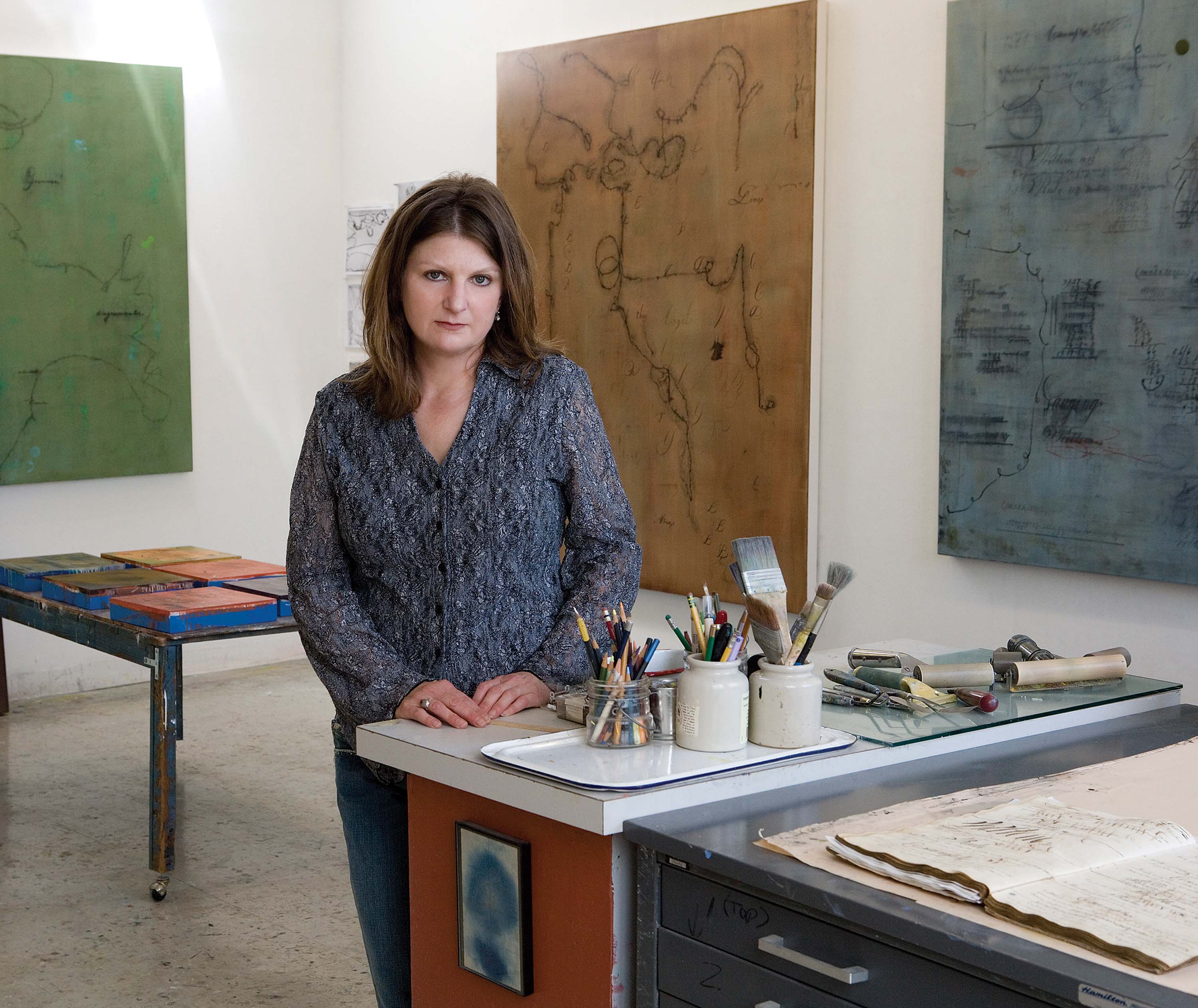 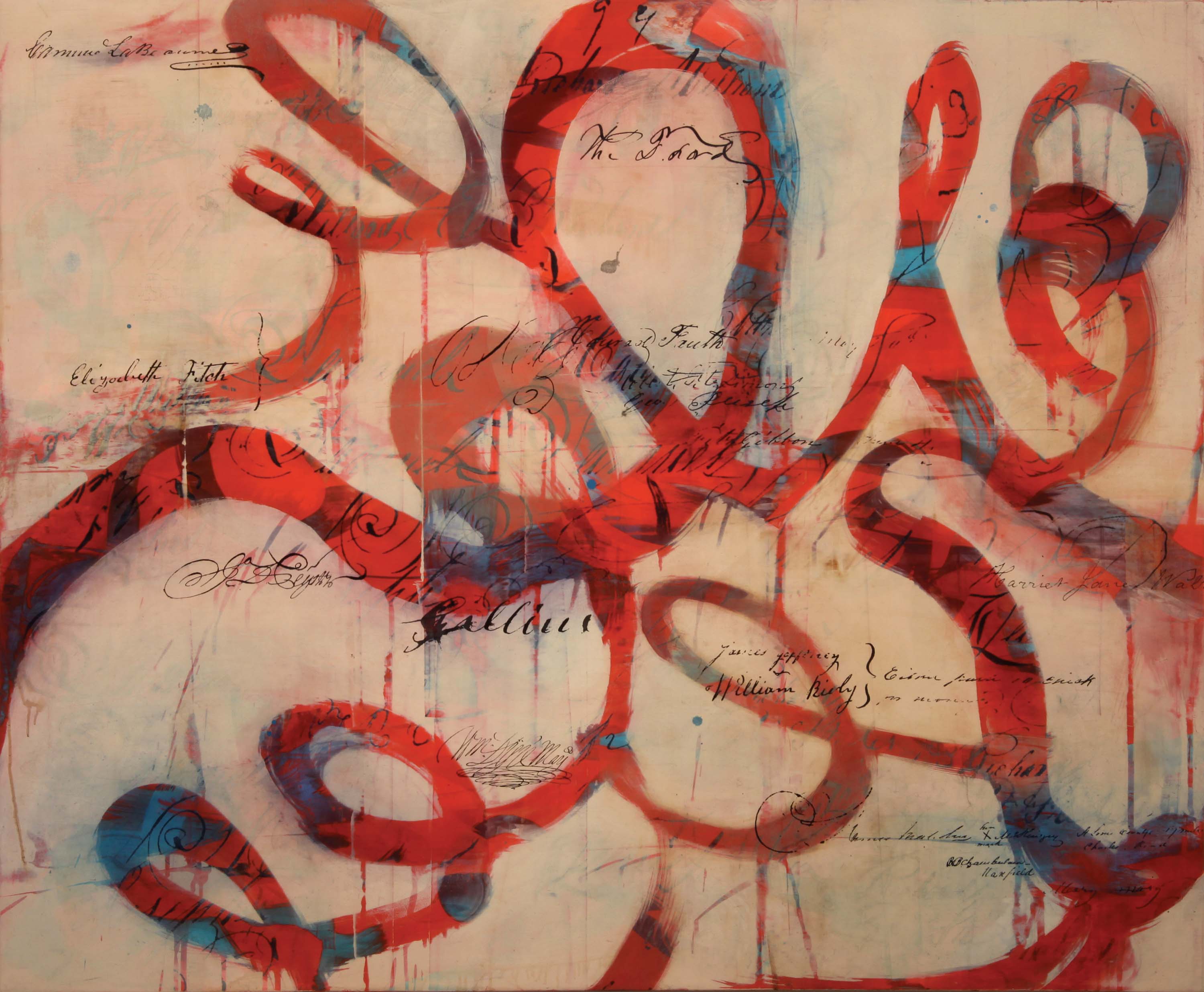