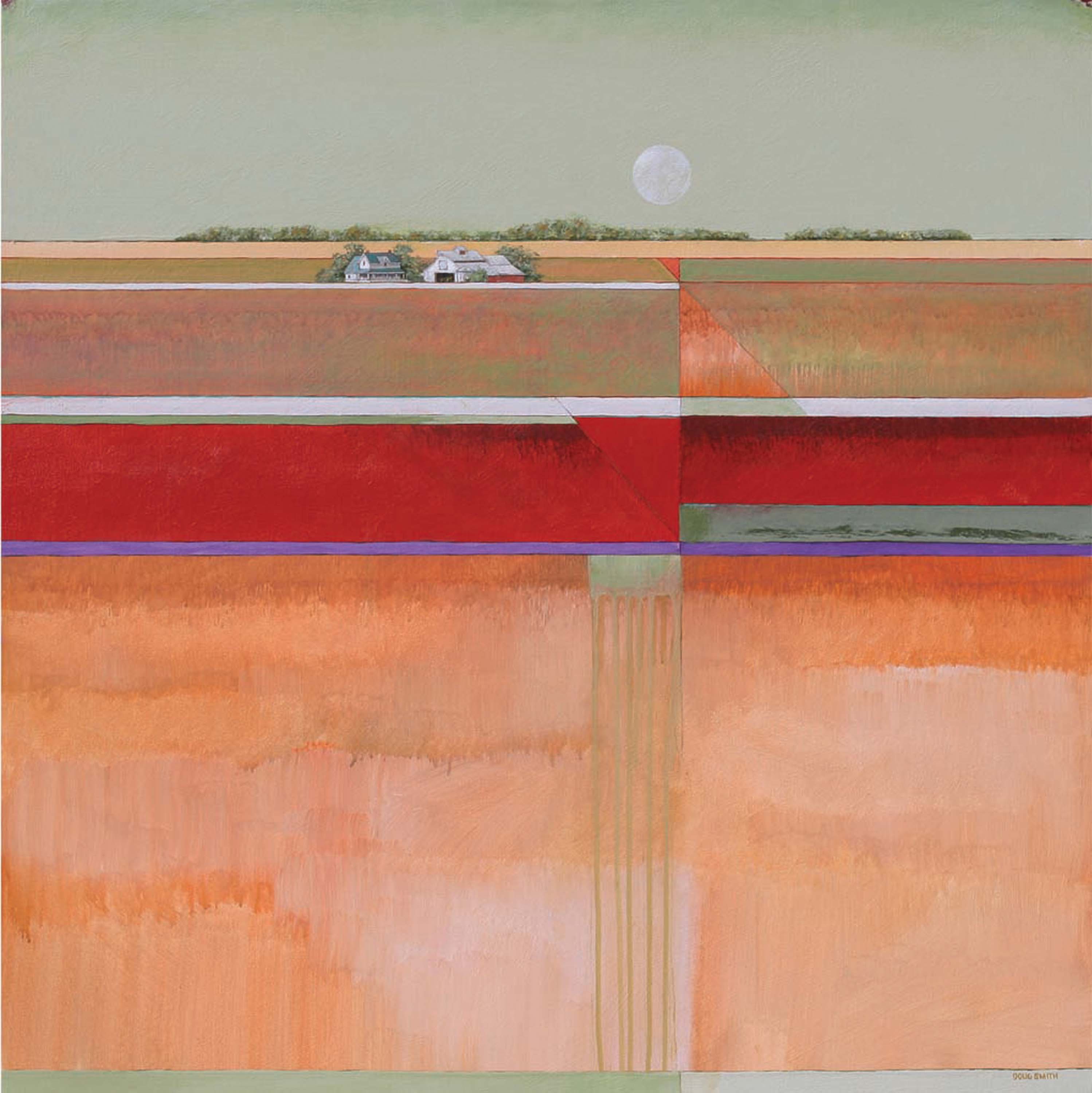 04 Aug Ones to Watch: Doug Smith

Painter Doug Smith has a passion for the American farm. Traveling from the San Joaquin Valley to the Midwest, from Colorado through New York and the Eastern states, Smith observed the land from above, barns and structures. When he begins his paintings each piece is a consortium of the country’s bounty, the essence of the heartland that feeds the people and our collective souls.

“When I start a painting it always comes from the landscape — the colors, the textures — it sort of happens, it evolves,” Smith says. “I might put down a color and half an hour later I overlay it. I do a lot of layering, painting thin. I try to build up the surface for thickness.”

There’s both abstractness in his work as well as concrete imagery that anchors the painting, creating a dialogue that informs the piece.

“I was an art director and graphic designer for many years; that background of composition, balance, placement and darks and lights comes from that,” he says. “So when I’m working with colors or textures, the balance is always very important to me. Pulling the eye toward the horizon or the sky, composition has always been important in the construction of the art. It’s intuitive as I grab a brush or a color, letting it drip down. A lot of magic happens that I can even surprise myself. It’s exciting and gratifying for me.”

Each painting is a composite of the farm spaces — think of it as seen from the window of an airplane — circles, squares, the crooked meander of a stream cutting the land, laid out vertically, as if all these shapes and forms are contained within a single thought.

Smith’s work is collected internationally, with an upcoming show slated in the U.S. Embassy in Moscow, Russia. His work is also in the Rockwell Museum of Western Art, Corning, New York, and the Booth Western Art Museum, Cartersville, Georgia. 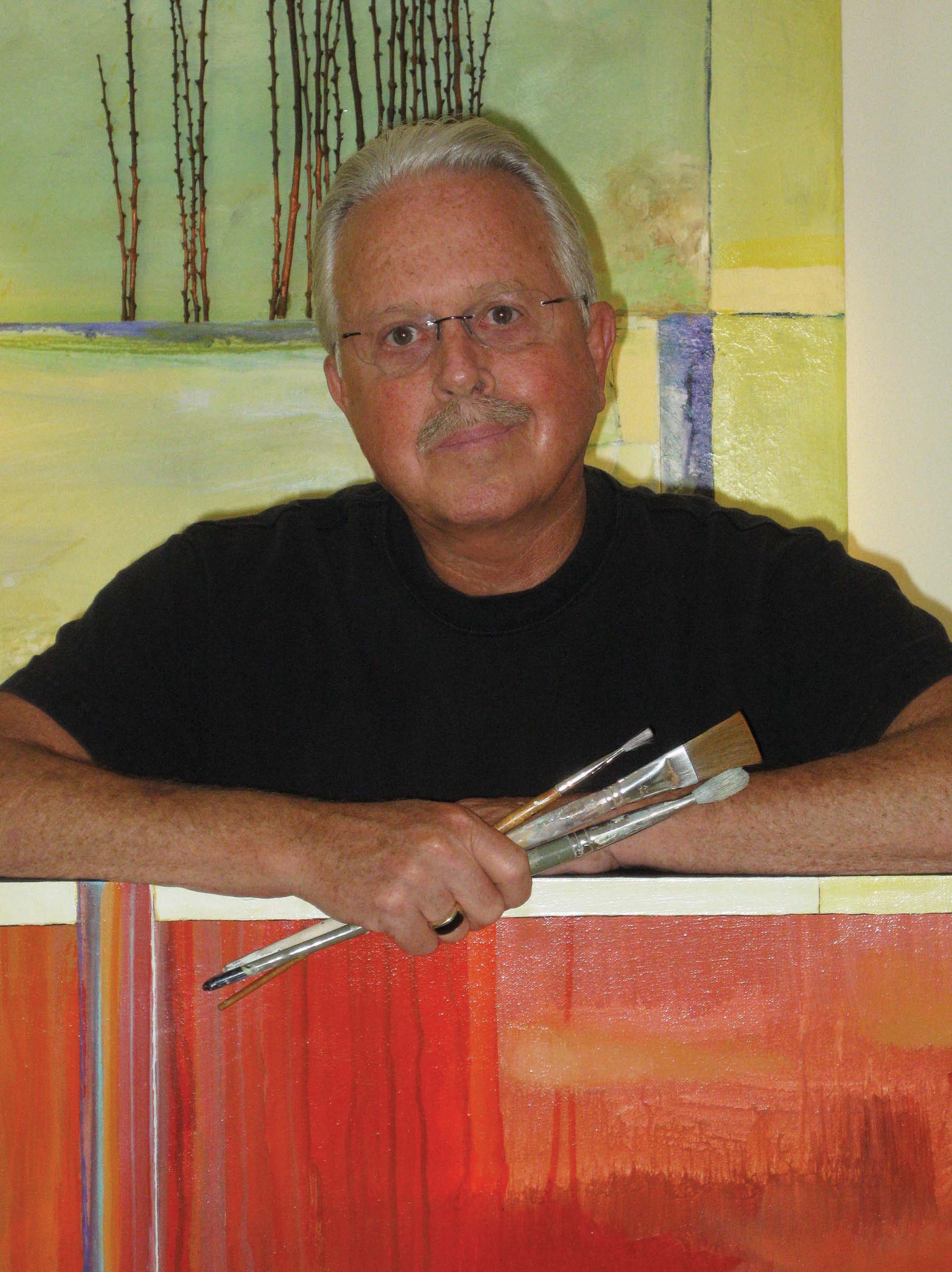 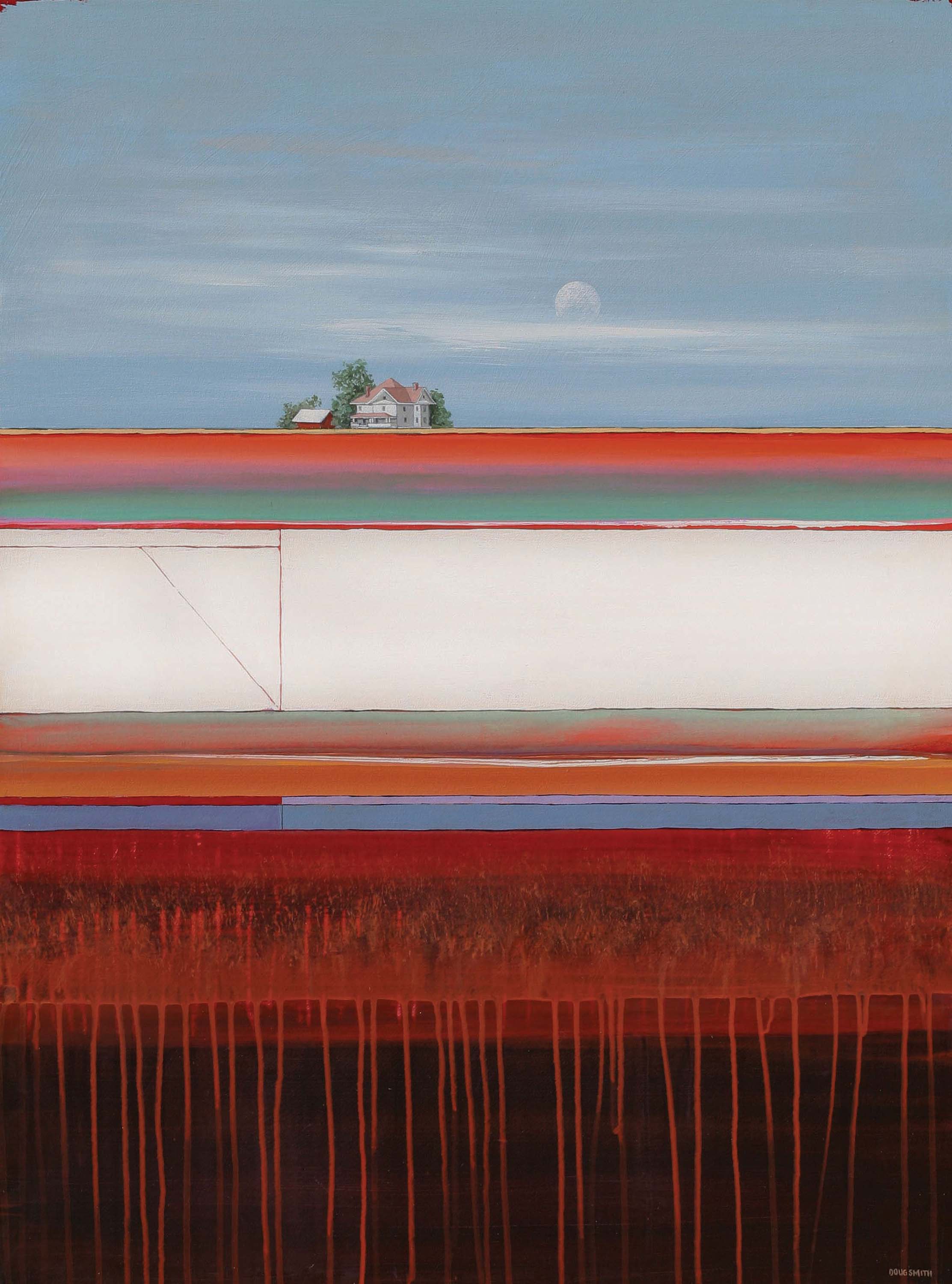